Home»Reviews»Films This Week»Fire in the Mountains [2022] Review: A Clash of Science and Religion in an Underprivileged Community
Films This Week/Reviews

Fire in the Mountains [2022] Review: Ajitpal Singh realizes the significance of family in Indian culture and history. The existence of a structured family, in one form or the other, has been a persistent idea in Indian mythology and history, and while the dynamic, overwhelming 21st-century life has bolstered nuclear families, the concept of family being a constant factor in an Indian’s life still prevails. This emphasis on lineage and a clan-like band of relatives can be for the better or for worse, but it doubtlessly exists, and the patriarchal configuration of this system is what the debutant director – whose previous short Rammat Gammat drew considerable acclaim, tries to illustrate.

India, in the modern age, appears to be a nation of two realities. This dichotomy – the simultaneous existence and shocking discrepancy between metropolitan and rural existence – has repeatedly been explored by film directors, authors, and other artists since the latter decades of the 19th century. In Ray’s superb Aparajito, we see the wonder in Apu’s eyes as he first enters the vast, labyrinthine realm of a metropolis. Ajitpal’s characters exist as our contemporaries; they do not feel surprised by the disparity. Their reaction, instead, tends to border on the line between hopeless despair and shaky anger.

Related to Fire in the Mountains – Hold Your Fire [2022] Review: A Powerful Documentary in the Age of #BLM

Some grasps the weakness of the underprivileged community and strives to better their collective condition. But the “collective” they fight for may not always show their support. In Fire In The Mountains, Chandra, the protagonist, falls in the former category. A doubly oppressed woman, she fights against the absence of fundamental privilege – several families living in a hilly village do not have access to a road. The way to Chandra’s household is agonizing to finish, especially for the continual stream of travellers. The tourists appropriately settle in some homestays and hotels downhill (which are owned by influential people), and to attract them to hers, she has to convince them of the admittedly fabulous scenic view and ask for shockingly meager daily costs.

Her husband, Dharam, is the envoy of the crises engulfing the underprivileged communities. Instead of science, he favors religion. When Chandra thinks of building the road out of the household’s money, Dharam is inundated with the idea of remedying everything with a shamanic ritual. The children are the sources of additional suffering. The younger boy is seemingly unable to walk, thus causing financial, emotional, and physical pain for both parents. The older girl is a genius student, winning laurels every now and then, even while spending much of her time creating slightly racy short-form videos. Dharam’s sister stays with the household, where she experiences a typically clashing relationship with Chandra. 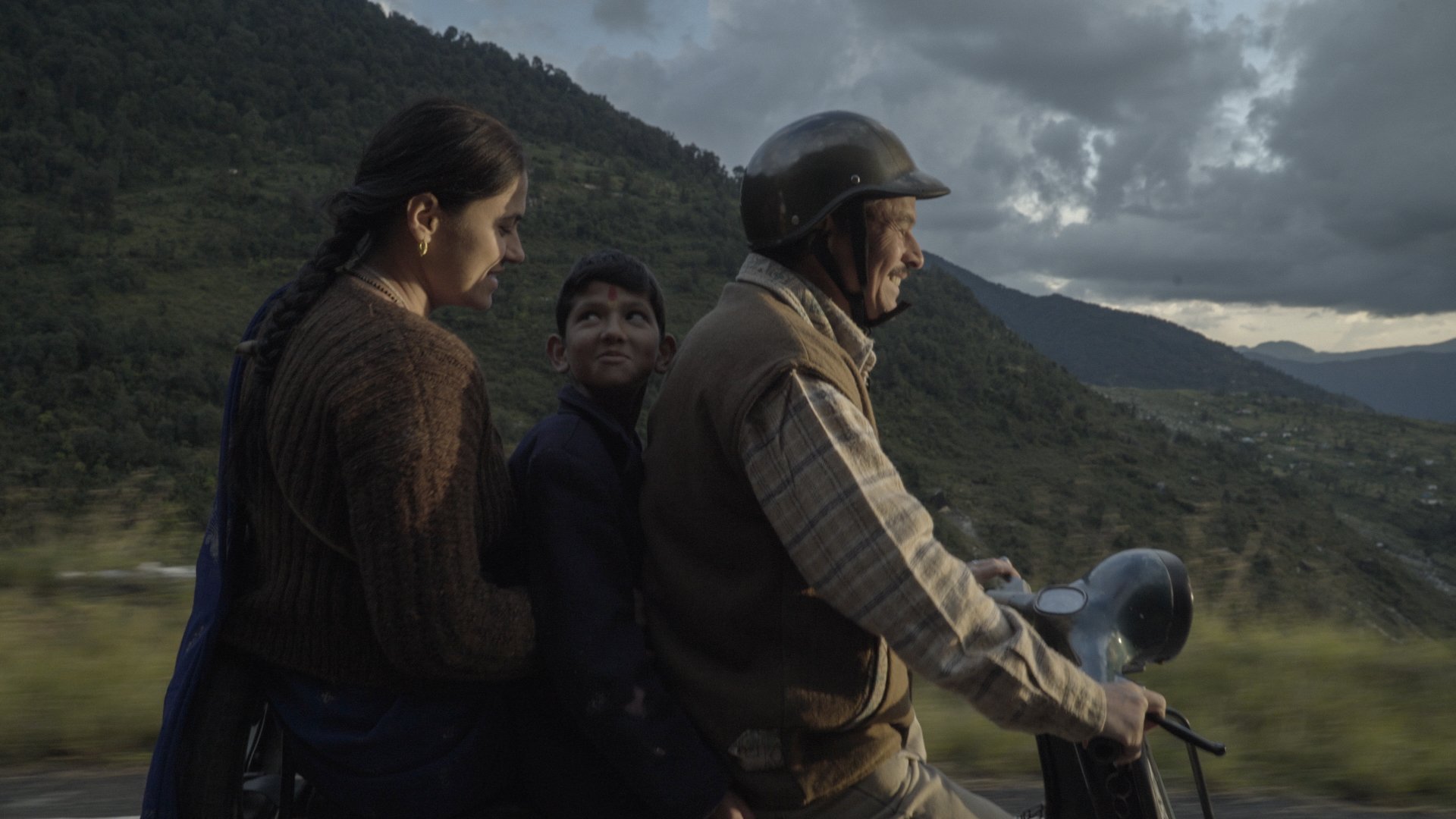 Fire in the Mountains is not a conventional religion vs science tale. Certain facets separate Singh’s debut from the multitude of works dealing with the same factor, mostly through surprises and later, distress caused by the actions of a member of the family, and no, it is not the ever-drunk, patriarchal, conservative Dharam. Religion gains precedence over science through ferocious patriarchal assault, leading to a whirlwind of a conclusion.

The conclusion is both startling and stunning, in addition to being audiovisually enchanting. It procures Chandra even more sympathy from the viewers and enhances a mostly unambitious film. Ajitpal Singh – through periodic news reports and the character of the pradhan – concentrates on the corrupt nature of politics and the failure of execution of orders from the highest status at the grassroots scale, but either fails or decides not to create a substantial storyline out of it.

The struggle faced by Chandra, the on-and-off irritants caused by Dharam, and the gradual growth of chaos; these are often seen in subcontinental cinema. Apart from a few mesmerizing, quaint scenes polished by cinematographer Dominique Colin (of I Stand Alone, The Spanish Apartment fame), the movie offers nothing new in the narrative. The non-traditional progression of the science vs. religion battle is an exception to the scarcity of the general understanding of purpose.

Vinamrata Rai appropriately plays the brave protagonist who proves to have a voice despite society refusing to equip her with the license. As the movie progresses, she gradually becomes a tired figure, leading to her role in the concluding sequence. Chandan Bisht plays the husband, his performance vital in some of the more memorable scenes of the film, including a fremdscham-inducing dance. The children are played by Harshita Tewari and Mayank Singh. Mayank does not receive many opportunities to show his acting skills, but Harshita does, and she fulfills her role with the brilliance of a seasoned actress. In a genuinely impactful scene, she tells a drunk Dharam that he, when sober, is a sweetheart. Harshita balances her character’s dual identities – the student and the adolescent – marked by contrary opposition.

Fire In The Mountains may not be an extraordinary first feature from Ajitpal Singh, but it proves he has crucial tales to tell, and he mostly knows how to let them out in the cinematic medium. With its pretty Himalayan setting, generally relatable characters, and terrific finale, it is a neat, albeit inadequate, watch.

Fire in the Mountains is playing in select US theaters starting May 20th, 2022