Greta Gerwig’s “Frances Ha”, a modern classic indie masterpiece turned eight last month. Explored in a monochromic colour scheme, with the blend of ageless music and naturalistic dialogues, the movie has an inexorable nostalgia quality, that lingers on. Frances Ha, reflective of human conditions travels through a voyage so poignant, cathartic, and funny, brimming with the woozy optimism of youth, love, and ambition. This simplistic yet filling workpiece that became an art-house hit in the US, presents a modern character named ‘Frances’ who dances, at the crossroads of life in her late 20’s, existing in a dreamy old-school world full of promises.

Frances Ha, a ‘mumblecore‘ genre was the first script collaboration of the duo ‘Greta Gerwig’ and ‘Noah Baumbach’ with many contributions of Gerwig in the screenplay. Long before Gerwig’s directorial debut ‘Lady Bird’ and the subsequent movies ‘Little Women’ and Baumbach’s ‘Marriage Story’, Frances Ha, an extremely low-budget film, still remains as something endearing and unforgettable created by the couple.

With the intentional or accidental references from the French New wave; the movie feels unparalleled on many levels than the duo’s succeeding and preceding works. The montage of city streets, people having conversations, night bars; with the hefty yet fleeting existence of modern characters is prolonged excellence that Baumbach gets so right.

A strong ting of French New Wave is felt when black and white shots are escorted by sweet intervals and philosophical monologues. They are presented with a soundtrack that makes copious use of music from Georges Delerue, playing in the backdrop. Despite all these references, the movie manages to remain unique in its own ways, celebrated in the hearts of many, long after its release. 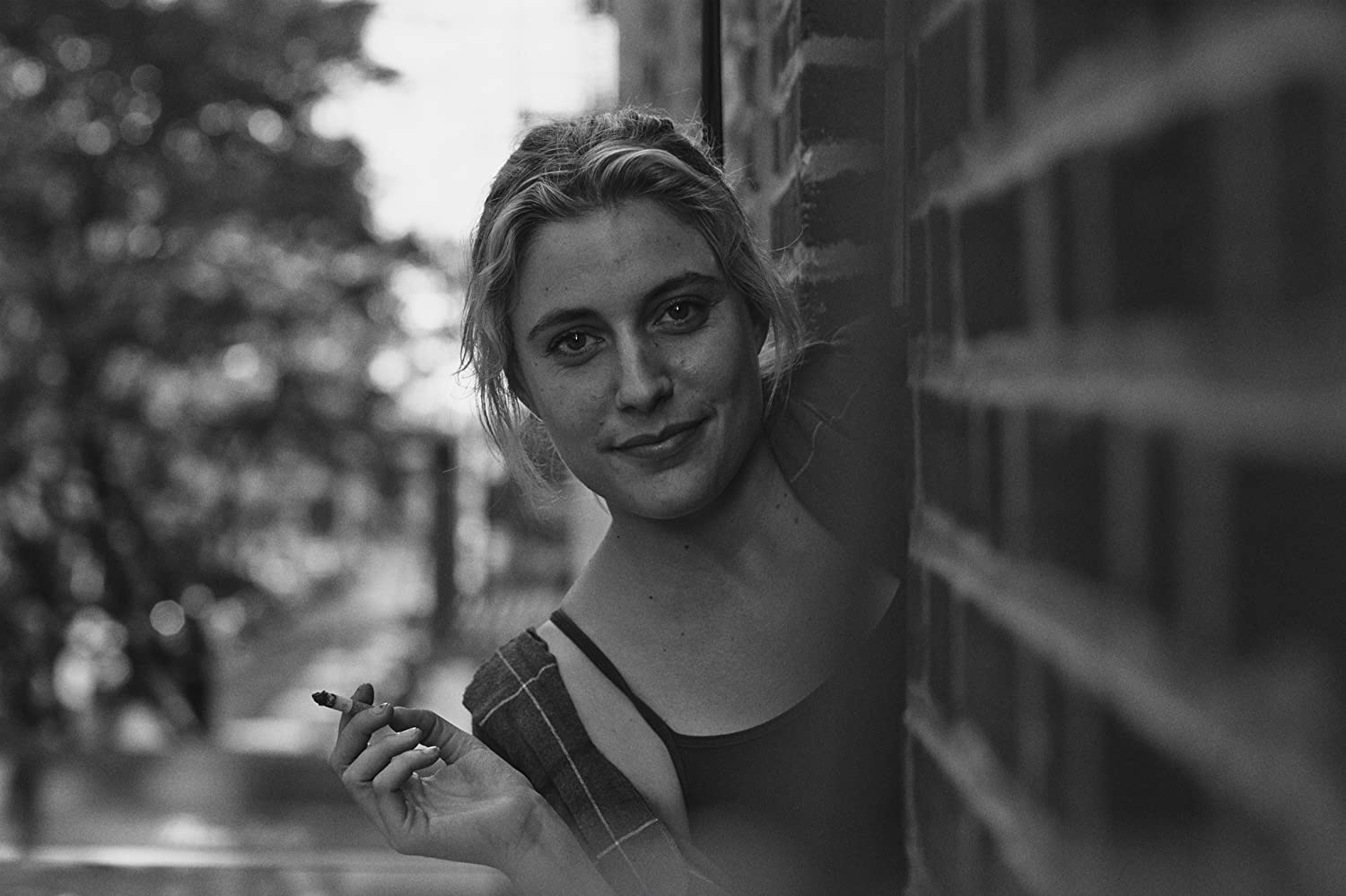 Greta as Frances reflects a character and the conditions with the sense of ease and naturalness, the sense of spontaneity and freedom of movement that are so humane yet rarely explored.

The medium and wide shots used by Baumbach gives a complete view of the characters throughout the movie. This provides an entire physical life to the actors and their physical development. Greta’s thoughtful effort into crafting scenes where characters are alone with no influences speaks volumes on who the character Frances really is. An aspect of the movie that is truly special and unique to cinema, something the movie pulls off so commendably.

The rarest of its kind, Frances Ha with its episodic construction, although random, fits nicely together. Much attention is given to the moments of the protagonist’s vigorous efforts to stem the tide and keep her dream from sinking, rather than her evolution as a character.

The movie’s ability to make us wonder through the “real” world of its fictional character “Frances” strikes an eerie resemblance to the generations till this date.

Frances, a twenty-seven years old millennial, a socially awkward character, fairly pleasant with impulses so random, portrays the frustrations and the blisses of most millennial in their quarter-life crisis. She can’t bring herself to acknowledge her troubles or sort out her goals, the career, and most importantly, her unstable bond with ‘Sophie’, her best friend.

In her self-reflective journey towards adulthood, she attempts to do everything but move forward, she instead enjoys dancing around it masking her agony with the happiness of dreams.

One gets easily swept up into the ironic and glittery urban romance of Frances, the love story between the protagonist Frances and herself. The movie beautifully portrays the relation with ‘self’. Throughout the movie we watch Frances struggle and fail, time and again, eventually falling for herself all over again. The protagonist is in a constant struggle with her inner self.

Frances casually takes a trip to Paris despite being broke; moves back to college to work as a resident assistant; crashes in apartments of her random friends she just met. She is constantly found making self-deprecating remarks like ‘I’m so embarrassed, I’m not a real person’ as she takes aim at her own lack of maturity and her dreams. In countless ways, the ‘awkward but not in a cute way’ life of Frances feels very personal to many.

The single laugh after the name ‘Frances’, can be indicative of joie de vivre or an amalgam of nervous self-recognition and disappointment. The movie captures like no other the plurality of life, the totally muddled potentials of multiple decisions while nothing seems impossible.

The last choreography Frances creates just about sums up everything the movie shows and what it doesn’t. Performers with a different body, size, and different edges are seen with no dress codes. They are performing the “Release technique”. It is based on a feeling of falling and catching oneself. They are dancing to the same tune but nobody dances like anybody else on stage, a good metaphor for the way life feels. As there exists no “particular” or the “perfect” way of living life and that people have their own ways of living it.

The friendship between Sophie (Mickey Sumner) and Frances (Greta Gerwig) molded on humorless jokes, car sickness in-cab drives, fights over dishes left in the sink, settles with so much comfort and blends effortlessly into the script. This has to be one of the most realistic female characters explored in cinemas.

“That thing when you’re with someone and you love them and they know it and they love you and you know it but it’s a party and you’re both talking to other people and you’re laughing and shining and you look across the room and catch each other’s eyes. But not because you’re possessive, or it’s precisely sexual, but because that is your person in this life. That’s what I want out of a relationship. Or just life, I guess.” 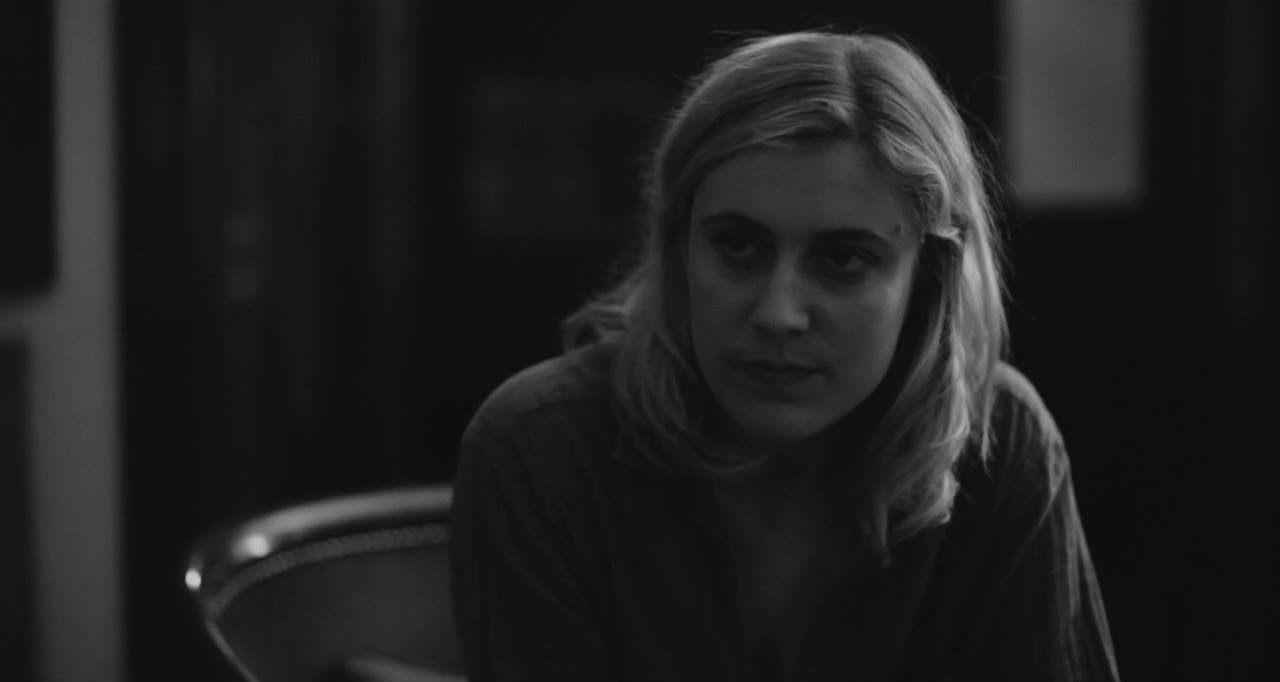 Frances delivers this line midway through the movie but it only seems to end in the last shot, when Frances and Sophie’s eye meets one another misted with love in a room full of people. It’s at this point that we understand Frances always did have the sort of love she was talking about.

‘Frances Ha’ is an enduring tale that celebrates resilience, a charming portrait of youth and spirit that feels so harmonious, so accustomed to human fragility and desire.

In the end, we leave Frances somewhere in between her struggle while she still wears her flaws on her sleeve as everyone does. She is still gearing for the ‘adulthood’ but isn’t quite there yet; still oblivious, but less confused than before; more real, but still entrenched into fantasy. One who will keep on leaping and dancing down the streets of New York to David Bowie’s “Modern Love”. Even though there is no such ending, no such climax but the feeling of incompleteness makes us feel content. It whirls the plates and it keeps them whirling. The ending feels more romantic and oddly satisfying.