Gantumoote: When we were just short of adulthood – say fifteen or sixteen we were so smitten by the movies that we had with or without our knowledge, developed our own secret relationships with our stars? And the love for our stars just did not stop with our visits to the cinema halls. We tried to personalize them, add a few more touches here and there, and tried to project them on people whom we knew in real-time. And those projections ended up giving our first crushes in school and the first compliment we gave them could have resembled something like this, “Oh, you look like Asin in Ghajini when you smile“.

And if we were lucky enough, those compliments would have won successful romantic relationships for us whose memories ended up being so precious, even after decades and decades of the complete absence of our childhood crushes from our lives. We have seen stories like this in a lot of movies like, say Cinema Paradiso (1988) and most of them narrate such intensely personal tales only from the point of view of men. But Roopa Rao’s Gantumoote (2019) by centering on a female protagonist to tell a similar story, comes across as a breath of fresh air.

Related to Gantumoote – The Reincarnation Of Indian Cinema

Meera (a phenomenal Teju Belawadi) is a cinema buff right from childhood whose clarity of thought and behavior at such a small age, came as a great surprise to me. She knows she likes cinema more than she actually ‘should’, but knows not to feel ashamed about it, a trait which is so difficult to attain in one’s formative years.

She also turns out to be a topper in class, excelling in studies as well but is unable to overcome her infatuation with her Bollywood favorite, Salman Khan. When she is in Class Ten, she is continually being pursued by her male classmates and she even refuses directly one such proposal. Soon her obsession with Salman Khan finds a vent in Madhu (a superb Nischith Korodi) who, according to Meera, bears a fairly striking resemblance to her favorite star.

This is where the story takes a very familiar, predictable route where nothing much happens apart from how their relationship develops. But strangely these are the portions where the film grew on me and the forbidden pleasures Meera and Madhu offer each other along with the short-sighted aimlessness of their lives are delightfully registered. But Roopa Rao shoots the scenes involving the lovers like how you would follow a target secretly without giving yourself out, as a result of which there is always a sense of foreboding about any hidden danger that might befall the under-age lovers at any time. 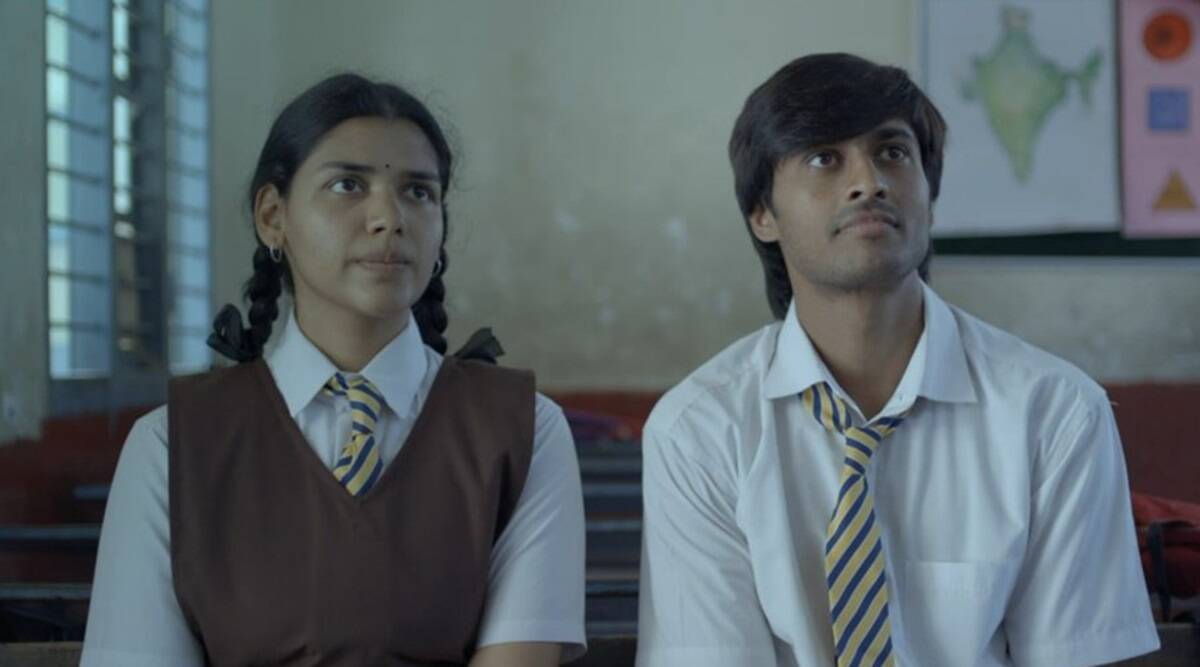 The dangers however are aplenty, to say the least, such as the conservative, middle-class parents of Meera who don’t even have a telephone of their own, the local boys who pursue Meera only to find out that she is already in a relationship and her perennially jealous classmate who was rejected by her once. But just like life, some of these threats don’t rear their heads at all at any point of time, some loom large suddenly, only to dissolve without a trace later. But Meera, if anything, is no destiny’s child. One fine day, the worst happens- Madhu commits suicide on account of his repeated failures in the Class Ten board exams leaving Meera shell-shocked.

These portions that succeed Madhu’s death and how she comes to terms with it ended up being the most impactful ones for me. Take the scene where she sees his dead body for the first time when the whole family is grieving. Since they have been in a secret relationship all the while, she is simply unable to weep and pour out all her grief in the presence of Madhu’s family members. It is a very unusual situation for her which soon triggers a phase of emotional numbness paralyzing all her normal activities. She wanders aimlessly over the streets in a state of confused helplessness and only after a few weeks or so, the much-needed breakdown happens. It is very similar to traumatic episodes that happen in our lives where we keep struggling to come to terms with the loss of our loved ones for a prolonged interval of time. An instant outburst of grief and sadness can sometimes help but some of us are simply not equipped with systems that are capable of producing one, at the right moment.

I am reminded of some of my friends who recommended this film to me, calling it ‘a wrenching tragedy‘ which left me bracing for a film like Balaji Sakthivel’s Kaadhal (2004) or Nagraj Manjule’s Sairat (2016). But when Gantumoote ended, it barely felt like a tragedy to me. I just felt like going through the torn-away pages of a diary of a mature girl who didn’t want anyone else to read it. One reason why Gantumoote didn’t feel like a tragedy at all, is because Meera is shown as a girl, almost all through her life, as someone who knows what exactly she is doing and her powerful emotional intelligence comes in good stead in times of crisis and adversity. After a brief period of emotional choking, she quickly finds herself on her feet. But the recovery strangely, does not involve a complete voluntary obliteration of Madhu’s memories with a view towards moving on in life. Only by giving him a special place in her heart and protecting others from violating that all-too-holy space, she is able to successfully pick up from where she left. There is of course, deep sadness in her heart about the loss but it is one which is accompanied by compensating feelings of mature resignation.

Another reason why I disagree with my friends when they said Madhu’s death makes the film a ‘tragedy’ is because he never once is allowed to develop into a fully formed character in the film. We are introduced to him only through the adoring eyes of Meera and all insight into his character are given to us only by her, who literally acts like a ‘guide’ into his world, throughout the film. This gives us a feeling we have about friends of our close friends whom we know nothing about, apart from the brief descriptions our close friends have given us all these days. Here too when Madhu dies, I was sad not because the lovers whom we knew too well and wished good things for, are torn apart forever by fate, similar to those stories we see in the great romantic tragedies of yore. I was sad for Madhu’s death only because Meera was sad and since he is not someone whom I knew directly or knew too well, I certainly wasn’t overwhelmed by feelings of intense sadness. And from what I gather from Roopa’s film, this was precisely the response she was going after from the audience and thus by taking an unusual route to narrate a ‘plain’ love story, Gantumoote becomes one great, memorable film from the world of Kannada cinema.

GANTUMOOTE IS ON AMAZON PRIME.