When the Marathi film Sairat (2016), directed by Nagraj Manjule released in 2016, it immediately drew attention from the audience and the critics alike for its portrayal of the ignored yet persistent problem of casteism. Bollywood, despite releasing nearly a 1000 films every year on an average, has only a handful of films to offer on casteism. The subject is as taboo as it is to question the rules of the caste system.

However, Sairat (2016) not just sheds light on the long-lived social evil – it also reflects the struggle of the intersectional identity of an Indian individual. Manjule uses contrasting cinematic narratives in the two halves of the film to display the lack of agency of his protagonists Archie and Parshya and various levels in which the oppressive institutions function.

The first half of Sairat (2016) follows the formulae for a typical Bollywood romance. But a love story in a rural town where the leads do not look like whitewashed models and don’t pander to the Savarna (upper class) beauty standards is hardly a premise for a conventional mainstream cinema. Yet in the infatuated world of Parshya and Archie, they are the quintessential hero and heroine of each other’s story.

Everything is a soaring romantic moment for them; even the mundane day to day activities are amplified. And they are rightly shot in a larger than life way. Parshya is introduced in a way fitting a Bollywood hero as his jump across the fields is captured in slow motion. He is the cricket team captain after all, who despite having abandoned the match to catch a glimpse of the girl of his dreams, returns, and scores fours and sixes and saves his losing team. He is THE hero, the ‘Dhoni’ of his village.

Archie is the girl who rides a bullet while sporting aviator glasses. She doesn’t hesitate to tell the boys off. She rides a horse with her head held high, wears brighter and better clothes than her classmates and often threatens a sound scolding in English should anyone trouble her. Her privilege of being an upper-caste woman lets her occupy the Bollywood ideal of, ‘not like all girls’. However, the most gender-defying thing that Archie does is when she confidently gazes at Parshya, long enough to make his exit hastily from the class overcome with shyness. This single act is a major subversion from the mainstream cinema where women generally occupy the space of being gazed at. 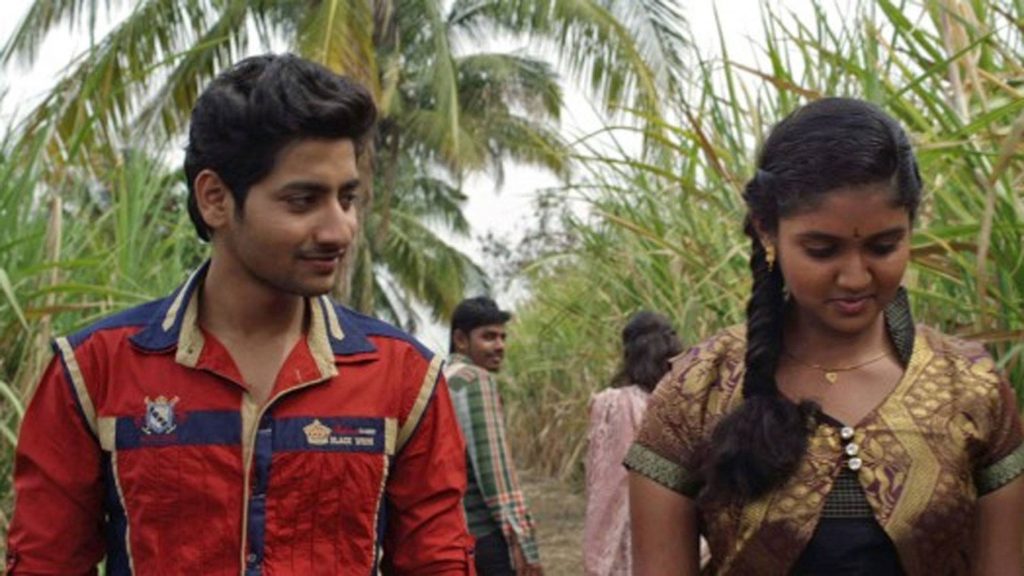 In a conventional Bollywood movie, the heroine would have shyly tucked a strand of hair behind her ear as she slowly raises her head to meet the eyes of the ogling hero. But this isn’t a Bollywood film. This is a small town in Maharashtra, where the oppressed are forced to live on the fringes of the society and the upper-class politicians don’t miss any chance for election campaigning, even if the event is a small school cricket tournament.

The world of the awkward but sweet love of Parshya and Archie is where Manjule lulls us into a cocoon of security which almost promises a happy ending. However, the sword of casteism hovers like an unseen but very real threat outside their bubble. The first harsh withdrawal from this rose-tinted world is when Archie’s cousin Prince slaps the teacher in front of everyone and easily gets away with it; he is, after all, the reigning politician’s son, a powerful upper caste individual who nobody can touch.

The slap also resounds with the audience as they are made aware of the very circumstances in which Parshya and Archie have dared to love. And when they are forced to elope to save their lives for the price of loving – we realize that this isn’t a love story – it is the fight for its very existence in a society where it is taboo.

And herein lays the rather observant intersectional politics of Manjule. When in the village, Archie’s identity is that of the ‘Patil’s daughter’. The villagers are amused by her robust nature, but they fear her for being a privileged, fearsome upper caste individual, who might destroy their life if they crossed her way. Archie, of course, is blissfully unaware of this treatment. But within her house, among her equals with respect to caste, Archie’s identity as a woman is what holds a measure for her family. Her mother warns her that good girls don’t talk long hours on the phone. Her father doesn’t hesitate to get her married forcefully when he finds out that she is in love with a Dalit boy.

In the second half of Sairat (2016), we as the audience, reflect the uncomfortable feeling of Parshya and Archie as they enter an alien territory. Manjule achieves this by introducing a grittier narrative style, a far cry from the romantic reverie of the first half. Slow-motion tracks and sweeping sky shots with a soaring back score are replaced with the situational real-life sounds and shaky, handheld shots. Their focus is now on survival, a mental space that affects Archie more than Parshya. 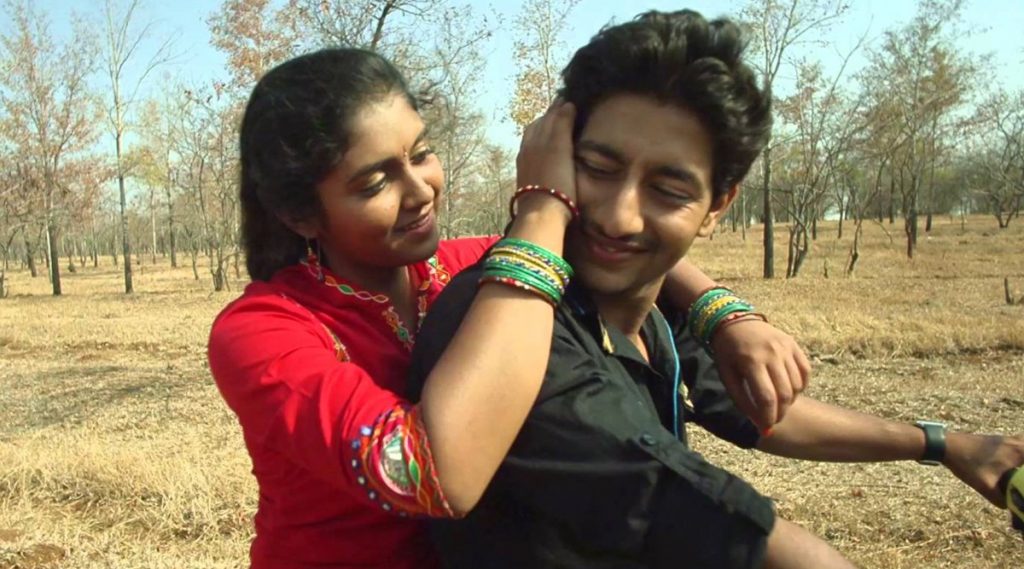 In the city of Hyderabad, nobody knows what their caste is. The men who attack and leer at Archie couldn’t care less about her caste. As opposed to her village, here, she is assaulted for being identified by the attackers as a helpless woman. And as Suman Akka who rescues them says ‘they (entitled men) think they own such women’.

The difference in their belief system due to their upbringing is seen in their reaction to this brutal change of scenario. Parshya, the once gentleman held in Archie’s eyes, doesn’t hesitate to accuse her of sleeping with her boss or slap her and question her love for him. The very bold nature of Archie that attracted him before now irritates him, his fragile masculinity covering up his fear of abandonment. Archie struggles to live within the stinky slum, a world that is starkly different from her pampered upbringing.

By now, all the magic held in their love has vanished. They are now just another couple, trying to cope with the harsh realities of urban life. However, as they begin to figure things out, as the audience who has seen their journey, we are inclined to root for them. We are really clutching at straws here and just as things seem to get well, Manjule again subverts our expectations.

Other than the lead pair, Manjule also provides a variety in character design to the supporting cast. Parshya’s close friend Salya, a Muslim, leads a similar life to his, a subtle nod at the fact that this unfair treatment isn’t just related to caste but to religion as well. Suman Akka whose helping hand almost seems like divine intervention in our protagonists’ lives, is a woman who is hardened by her life experiences. It makes more sense for her to assist the desperate couple in every way possible and root for them to stay together as she was abandoned with her child by her husband when they eloped. Her inherent empathy as a woman explains to Parshya how society deems it ok for him to leave, but it is considered unpalatable for a woman to do the same.

For Archie, the choice is either to return to the shackles of her house or to be with Parshya and grit her teeth through his unnecessary tantrums. Just as the couple is beginning to settle, we are shown their families facing the repercussions of their ‘unforgivable’ act. The patriarch of Archie’s affluent, upper-caste family loses an election and is angry at the ‘shame’ caused by his eloped daughter. But Parshya’s lower caste family is ostracized by the entire village which pushes his father to denounce his son and beg the Panchayat to stop the torture. For the privileged it is a matter of bruised ego; for the oppressed, it is the matter of survival.

The last scene of Sairat (2016) is perhaps one of the most haunting scenes ever in Indian cinema history. As the baby makes its way out after seeing the slashed bodies of its parents with awkward steps, we realize that the bloodied footprints left behind by the baby are a metaphor for the violent history of casteism. This isn’t just the fate of Archie and Parshya. Honor killings, the assault on couples under the pretext of ‘moral policing’ are still prevalent in India. It is wild, exactly what the title of the film means, and Manjule captures one such tragic tale of two people in his cinematic universe of representing his community.