Right from its premier in April 2021, the latest TVF series ‘Aspirants’ has garnered a lot of brouhaha from the critics- some criticisms but mostly applauds. Boasting of a male dominated cast, the show is primarily based on three UPSC aspirants- Abhilash (played by Naveen Kasturia), Guri (Shivankit Singh Parihar) and SK (Abhilash Tahliyal). Following a two timeline narrative, the plot revolves around crumbled friendships, ambitions, dreams and love.

The story unravels in the Rajendar Nagar neighbourhood of Delhi, which is also considered a hub of UPSC coaching centres and is rife with PGs and flats occupied by the aspirants. Although the first two episodes began with a laudable performance by the central characters and the storyline kept the audiences hooked, the adroitness died down soon after. TVF has known to cater to the millennial audiences and has eschewed from creating clitched, mainstream content but this one definitely failed to recreate the magic of the previous feats.

Related Read to TVF Aspirants : The 25 Best Hotstar TV Shows That Are Worth Your Time

It almost appeared like TVF stuck to their formulaic strategy of a Young Adult Struggle coupled with Hormonal Relationships that finish in Happy Endings. But while this strategy would have worked well in the previous shows- Permanent Roommates, Kota Factory etc., here the theme got lost and was let down by a shallow written plot and non-engaging relationships.

Aspirants lacked the realism that should have been associated with the lives of the characters. As the characters here were not teenagers, but mature adults, hence the showcasing of every aspect of their lives seem flawed. Adult friendships definitely do not work this way. Especially if it has been as long a time as 6 years- people generally move on. Those friendships don’t stir up and neither do they get mushy- and that is okay. Because life is a journey- you lose some, you gain some. Unlike here, where Abhilash even after becoming an IAS officer is battling with a sour fight he had with a friend 6 years ago. People this age, forgive if not forget (without a 5 episode drama I mean), and move on!

Each episode ends with a lesson and by the pen-ultimate and the ultimate episode, they are preachy to the point of nausea. The directors clearly have a bias and they leave no stone unturned to convince the viewers to definitely choose love over ambition otherwise it’ll lead to a hollow, unhappy life (no, I am not saying that- the show writers are saying that). Sandeep Bhaiya is a Voice of Moral Science teacher who is forever sermonizing Abhilash. So much so, that by the end of it, it gets difficult to bear all the lectures in goodwill, friendships v/s ego, love v/s ambition, and as an intellectual audience you will be forced to fast forward that few minutes to bail out from the tirade.

Other than friendship, there is also love in the series in the form of Dhairya (played by Namita Dubey). She is one of the two female characters on screen and her character trait is limited to being Abhilash’s girlfriend. The portrayal of the idea of love is vastly inadequate and unexplored so much so that it is difficult to believe that a love like that could stay intact for 6 years. While it is still a mystery as to why Abhilash did not get in touch with her later on. Further, the romantic scenes between the couple are driven by songs and slow-motion camera moves. Dhairya was non-emotive, lacked any character depth and wasn’t backed by a story which made her a very apathetic character. Consequently, the viewers were little or not moved at all at her breakup, as they could not establish an on- screen relationship with her. 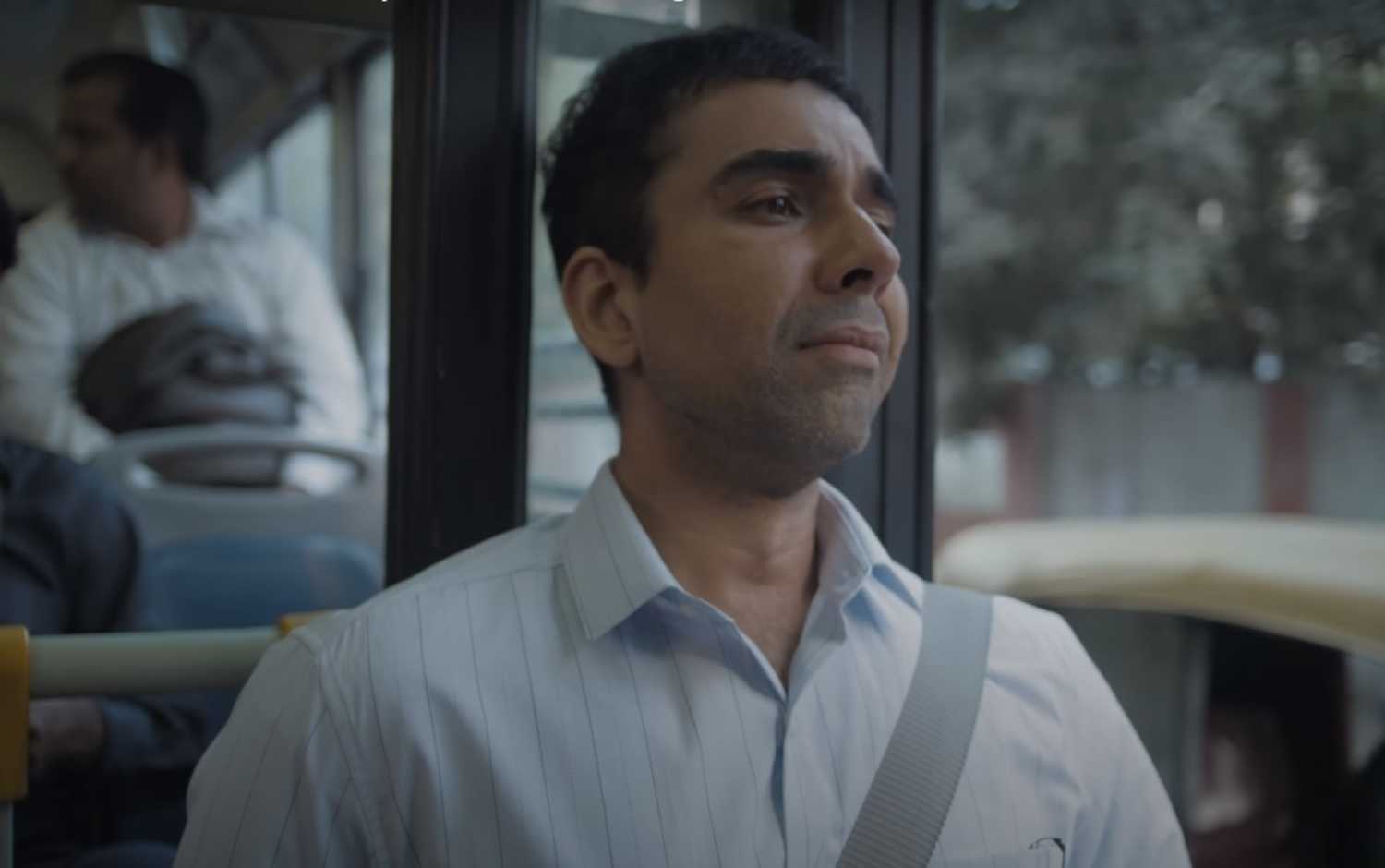 While Abhilash and Guri are struggling over their long lost friendship, the character of SK remains unexplored and unattended as well. Despite repeatedly imploring to his friends (and the writers) that he felt ignored and unvalued, his issue remains unsolved till the very end. Lacking a proper depth and arc, SK’s character failed to evoke the charisma, charm and admiration like that of Jeetu Bhaiya in Kota Factory in spite of a similar profile.

Towards the end, the story really does become a drag with long sermons, lifetime lessons and whatnot. The last few scenes heavily rely on music and voiceover dialogues to induce an emotion in the viewers. But that has clearly not happened because the makers failed to capture the real struggles, perseverance and frustrations of the ‘aspirants’. In an ideal world, the story could have focused more on the former factors and could have run a parallel story on relationships. Also, it would have been a lot more fun to see Rajender Nagar explored as a central protagonist in a film. Those who have lived there/been there know that there is a lot more to it than a chai stall, coaching centre and a few drone shots of the houses.

However, having said that- there is also a Glass Half Full Section here. TVF Aspirants boasts of some very meticulously written dialogues, deft symbolism and is seething with metaphors. The very obvious example of this is Abhilash’s glasses- he wears it till he is in love with Dhairya and then trashes it when he thinks he can move on. The same glasses are also shown in the other storyline where Guri takes it and Abhilash says it is not okay to take someone else’s ‘belongings’ (which was a remark in context of his girlfriend).

The other notable example is of the stadium reference in context to the seminar being held. The writers very cleverly showed two sides of a coin in this case. Abhilash told SK that he will watch the seminar online since it is like watching a match and he equally enjoys watching it on TV since he has never watched it in a stadium. Just immediately after, Sandeep Bhaiya in a different conversation, says that Abhilash should definitely watch the seminar live as it is like watching a match in a stadium and Abhilash wouldn’t know how thrilling it is since he has never watched it. But one of the most intelligent symbols in the show is that of the umbrellas when the results come out. Everyone who had a Plan B had umbrellas- Guri and Dhairya and everyone who didn’t, did not carry an umbrella- Sandeep Bhaiya, Abhilash and SK.

Lastly, another notable point is how each episode has been devised in a way to reflect on larger lessons in life. The first episode is on the struggle between Heart v/s Brain (History v/s Electrical), second talks about- Do Failures Make You a Better Teacher. Third is on Positive Approach in Life, fourth is a debate Whether or Not to Have a Plan B in Life? And lastly, fifth very obviously advocates that any relationship should be placed over dreams (makes me wonder). To wrap it up, I’d say that the show was satisfactory- good and bad in parts but unfortunately it could not stand up to the bar that TVF has already set for itself (which is pretty high ofcourse)!

This is My Desire [2021] Review: Two Tales from Lagos that Let Us See a Slice of Nigeria