The world of dating has literally changed in the last couple of years. You can now click, type, and land up with a complete stranger right in front of you. However, most of these romances are often short-lived and end up with disappointment. In Ricardo Perez-Selsky’s ‘IRL‘ (short for In Real Life) a struggling artist named Ian (Chase Hinton) is having a tough time landing a spot in a local image gallery. To fill up the hole of this lonesome existence as a painter, he sends random messages to potential partners on a dating website.  While most of his attempts end up with him getting home to more struggle, a perfect match suddenly lights up his life.

Except, this girl of his dreams lives in Mexico City while Ian is getting along with a graphic designer gig on the side, in a shared apartment in L.A. While the duo decides to not let this distance get in their way until Sofia (Johanna Sol) returns to LA, things don’t always add up. A few phone calls and messages later, both Ian & Sofia realize that there’s something truly special between them. Sofia who is taking care of her ailing mother in Mexico boosts Ian into realizing his talents. Their conversations range from silly back and forth to more serious issues like trauma, death, feminism, and everything that brings them closer. The romance blooms until their trust is overpowered by a lack of contact.

This is where the film’s real conflict lies. Does modern-day romance that also includes long-distance relationship last without having to see each other? Sofia sets some strange but palpable rules to not talk on video because she has just come out of a relationship. This brings Ian into a confused state of denial. There’s doubt in his mind as to the voice he is talking to might not be the person he has pictured in his mind. The constant confusion and doubt keep ‘IRL‘ in the realm of a clickbaity romance that manages to hook the viewers in, in spite of a premise that we have seen before. 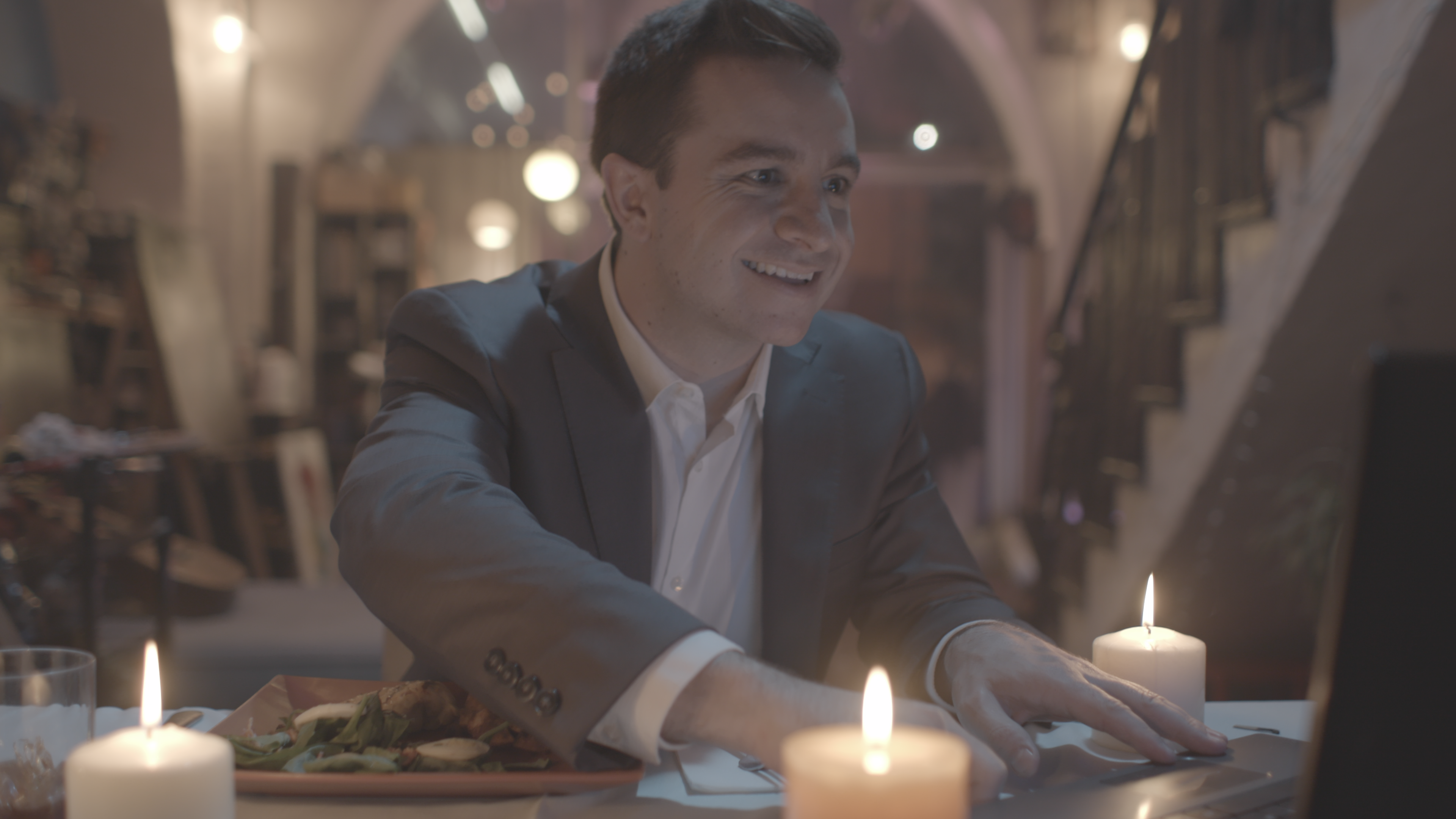 As far as a premise is concerned, IRL explores modern-day relationships and virtual love with a sharp eye. The chemistry between the lead pair seems instantaneous but the subtle way in which co-star Chase Hinton (who has also penned the script) brings in the angle of shared interests and art into the picture, really amps up this talky feature. There’s a lot of Woody Allen and Before series-esque long-drawn conversations here and most of them are deeply rooted in philosophical ramblings that borderline pretense but glides along as they are grounded in real issues and genuine emotional connect.

For what’s it’s worth, ‘IRL‘ shows an organic progression in Ian and Sofia’s relationship. As their chemistry grows stronger we see that Ian – whose art was often deemed as derivate gets behind creating something unique. Sofia – who is shown as a computer analyst with money problems lands up a job in Google. The mutual growth between the two, in spite of a connection that doesn’t go beyond virtual clicks really, holds a mirror to the contemporary world. The main issues of trust and the longing for touch are also quietly powerful emotions that the film explores with subtleness.

Having said that, the film doesn’t find a match in its stars. Chase Hinton has written some really terrific dialogues but as an actor, he doesn’t hold your attention for too long. Pretty much everyone else who shows up in the film feels like a caricature of a typical LA art showcase. The Birdman-inspired score also feels a wee-bit overdrawn when it is used in complete anti of the flow of the film.

Overall, ‘IRL’ is a modern romance for a world that is almost cumulatively going online. There are some really interesting places that the film goes to – the way it explores longing and how having an authentic connection in today’s day and age is not as easy as it looks makes for an interesting watch. I just wish it wasn’t too frothy and had some takeaways that left a deeper impact.