Sam Pollard’s MLK/FBI is a fine example of a historical documentary done right. It sifts through the social and political context of the time to offer an enhanced, if not a multifaceted portrait of Martin Luther King Jr.. MLK/FBI primarily focuses on the surveillance and the harassment campaign conducted by Edgar J. Hoover’s FBI against Martin Luther King. For this, the documentary relies on a trove of recently declassified documents (largely unredacted) obtained from the National Archives due to Freedom of Information Act requests.  The other important source is Pulitzer Prize-winning historian David Garrow’s contentious 1981 book ‘The FBI and Martin Luther King Jr.: From ‘Solo’ to Memphis’, who acquired his information through intelligence sources and secret documents.

Much of the facts narrated in MLK/FBI are well known. Particularly if you had followed some of the sensational claims made after the recent release of declassified documents on King. What’s fascinating about MLK/FBI, however, is its multi-dimensional and pertinent approach to history, viewing every little detail in the due context. Pollard restricts the MLK experts to a smaller number. Beverly Gage, Donna Murch, and David Garrow are reputed historians. Andrew Young and Clarence Jones were Dr. King’s trusted lieutenants. Former FBI employees Charles Knox and James Comey, the latter Former FBI director, were recruited to offer their insights into the agency’s darkest chapter. 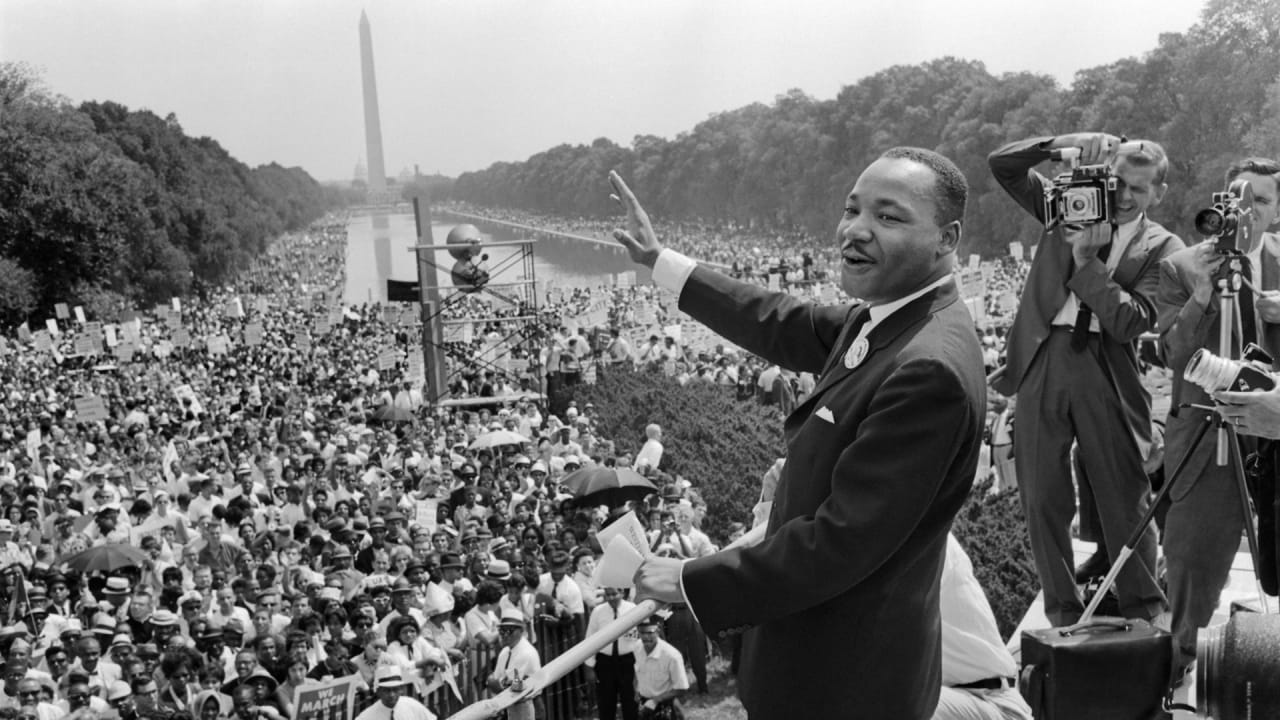 If the small circle of experts help Pollard achieve a sharpened objective style, it’s also a good choice to keep the interviews in voice-over, retaining the focus on the subject by filling the screen with meticulously edited archival footage and photographs. Among the many prominent American Civil Rights leaders, Martin Luther King was considered to be a voice of moral authority. Although King endorsed nonviolent civil disobedience from 1955 (when the 26-year-old reverend led the Montgomery Bus Boycott), he didn’t directly come under FBI’s scrutiny until his famous, “I Have a Dream” speech in 1963 at the Lincoln Memorial in Washington. Soon, one of the inter-agency memos dubbed Dr. King “the most dangerous Negro in this nation”.

Related to MLK/FBI:  Who Killed Malcolm X? [2020] Review – A Look Into the Life, Assassination, and Enduring Legacy of the Afro-American Activist

Hence hearing about a state-sanctioned harassment campaign, led by Hoover’s FBI, on the most famous civil rights leader stokes moral outrage. Nevertheless, MLK/FBI doesn’t approach this chapter in history through a strict moral lens. It rather explores the cumulative intensity that gradually enabled such unsettling developments. On the other hand, MLK/FBI examines one of the controversial questions asked in recent times about Dr. King: Should he be really considered a moral leader of the nation, taking into account the obscurities surrounding his private life?

David Garrow probably made the most damning accusation against King in his long article for the UK magazine Standpoint. Garrow describes how one of the FBI memos alleges that King witnessed a rape in a hotel room and that he laughingly urged the attacker to continue. Historian Donna Murch wrote an article in response to it, explaining the ‘shaky evidentiary trail’ of this claim. In the documentary, Pollard mentions this damaging allegation, while also citing why we should take intelligence reports (and a handwritten addition in this case) with healthy skepticism. The documentary also answers the question of King’s moral behavior in a levelheaded manner. Furthermore, it makes us wonder what the term ‘moral leader’ means. Is it part of the deification process – the sainthood we bestow upon them – which inadvertently undermines the leader’s legacy and accomplishments?

Edgar J. Hoover’s concern about King’s political vision originated because of his association with Stanley Levison, an activist, and lawyer who was believed to be a Communist functionary. This was the era of HUAC and the red scare. Hoover was wary of an emergence of a ‘Black Messiah’ with possible ties to the Communist Party and the Soviet Union. Hoover and many in the establishment thought that the disenfranchised black people are susceptible to communist ideology. Robert Kennedy, who was the attorney general at the time, approved wiretapping on Levison and some of King’s associates. Not only the FBI failed to unearth any communist conspiracy in America that unwittingly led to Dr. King, but it also couldn’t even emphatically prove Levison’s communist ties. When this failed, tarnishing King’s reputation became a goal. By this time, the FBI is alleged to have accidentally stumbled upon Dr. King’s infidelities and multiple affairs.

FBI stepped up its surveillance when King received Nobel Peace Prize in 1964. Hoover publicly called King, “the most notorious liar in the country”. In that same year, the FBI mailed audio recordings of King’s alleged affairs to his wife, along with a note suggesting that King should commit suicide. It is a fact that King was not a monogamous individual. MLK/FBI argues that Hoover and William Sullivan’s (former head of the FBI’s intelligence operations) enraged perception of King’s sexuality could be traced back to white America’s general fear of black sexuality. It is no secret that American pop culture peddled stereotypes of Blacks as libidinous and rapists. 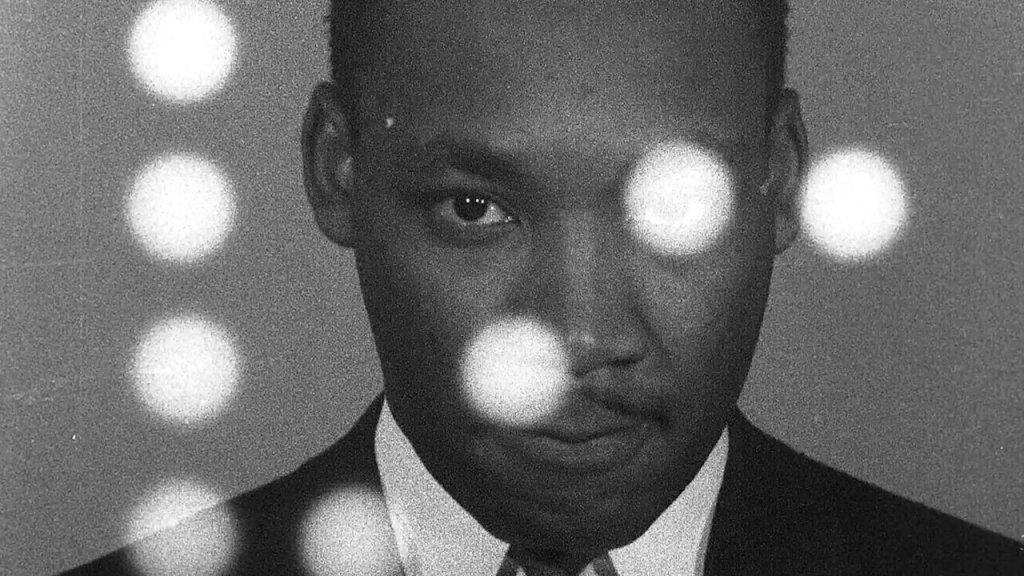 Most importantly, Sam Pollard doesn’t blame all this lowest point in FBI’s history only on the top-level ‘rogue’ players. He links it to the prevalent culture of that era inside the FBI, populated with white, conservative frat-boy types. Moreover, in spite of their societal and racial prejudices, thanks to the Hollywood machine, the G-men became pop culture icons preserving the so-called American way of life.  In fact, it is intriguing to hear how in public opinion polls, conducted at the height of anti-war protests, Hoover was more popular than King.

MLK/FBI humanizes Martin Luther King to a great extent, highlighting the immense challenges he faced and the emotional burden he carried. In the current politically polarized world, we have many self-styled people leaders turning gutless after one face-off with the unrelenting state power. Martin Luther King had a lot to lose by speaking truth to power, yet he never shied away from doing that. The man’s deceptive sexual escapades don’t take away the resounding truth in his words.

Overall, MLK/FBI (104 minutes) provides a much-needed reassessment of Martin Luther King’s legacy. The documentary is laudable for the artful way it contextualizes historical facts, which is not only relevant in today’s American political struggles, but also a lesson for all of us whose voices are muffled by state-sponsored terror and the boot-licking media propaganda.