Winner of the U.S. Documentary Audience Award at Sundance Film Festival and executive produced by Barack and Michelle Obama’s Higher Ground Productions (who previously co-produced the Oscar-winning doc American Factory), Netflix documentary Crip Camp: A Disability Revolution (2020) takes an eye-opening, powerful look at the spirited lives of a group of American disability rights activists whose lives were profoundly changed by Camp Jened, an unconventional summer camp for those with disabilities. Released in the thirtieth anniversary of the American Disabilities Act (ADA), Crip Camp is not just a congratulatory documentary on the achievements of disabled people but also withholds a universal appeal since it deals with individuals who had determinedly overthrown the status quo.

Directed by Nicole Newnham and Jim LeBrecht, Camp Jened at upstate New York was described as ‘a summer camp for the handicapped run by hippies’. Mr. LeBrecht, an experienced sound designer and mixer was one of the participants of the summer camp, in the year 1971. Thanks to remarkable archival footage of the 1971 camp members, captured by the People’s Video Theater’s Howard Gutstadt and Ben Levine, we get to see for ourselves why this camp had a life-changing effect on its participants. 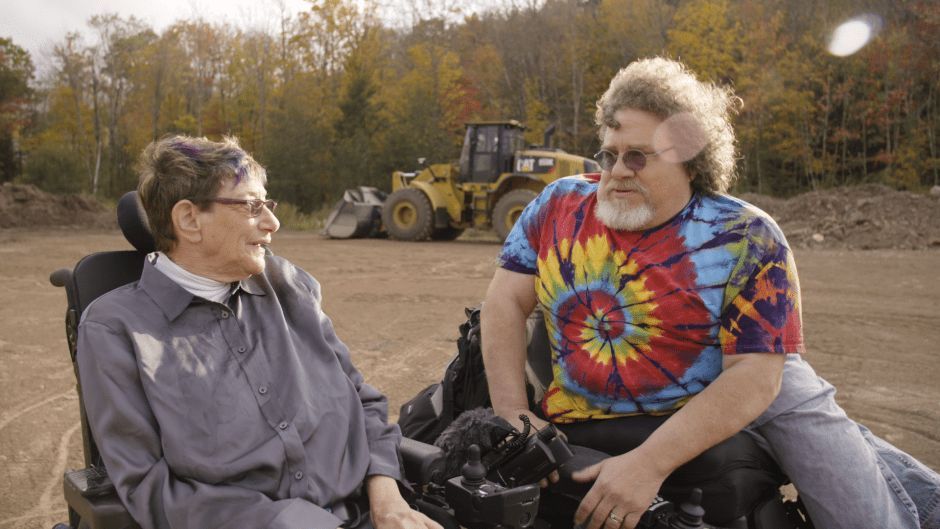 The attendees were given ample space to recount their lives, forge new friendships, and were treated with utmost empathy and patience by the hipster camp counselors. Larry Allison is the camp’s delightful director, whom we first see shirtless, digging holes so that he can trip up the kids for fun. Watching the multi-racial counselors, it also becomes clear how the absence of feelings of pity (that’s followed with a tendency to over-protect) allows the disabled attendees to truly be at home. They are treated as you’d treat a ‘normal’ teen, entwined with all the usual adolescent desires. It’s the first taste of freedom, and most of these marginalized kids for the first-time kissed, flirted, smoked, played, and chattered.

Related to Crip Camp Netflix: 25 Feel-Good Movies and where to Watch them during self-quarantine

The vintage 1971 camp footage is interspersed with concise, illuminating testimonies of the campers; most of them went to become leading activists, spear-heading social justice campaigns for the disabled. Camp Jened operated between 1951 and 1977 (shut down due to financial problems). In the early 1950s, it was a traditional summer camp. But starting from the late 1960s, the free spirited counterculture seeped into the camp’s atmosphere. In fact, the enlightened policies espoused by Larry Allison highlights the positive aspect of the era’s radicalism. Though LeBrecht comes off as the coolest 15-year-old in the camp (lost in the euphoria of having a girlfriend), the star of the camp is the then 23-year-old Judith Heumann aka Judy. The camp experiences so deeply resonated with her that she later became a disability rights advocate and brought upon political and social change, constantly butting-heads with the state and federal authorities.

Judy, a polio survivor, has used a wheelchair for most of her life. Before the camp, in her life outside, Judy’s disability is equated with sickness. However, the acceptance and socialization she experienced at Camp Jened pushed her towards broader activism, starting with Disabled In Action (DIA) and later Centers for Independent Living (CIL). In 1972, Disabled In Action demonstrated in New York City, protesting against the vetoes that halted the passing of the Rehabilitation Act. CIL enabled the disabled to lead an independent life without being confined to an institution. In 1973, Nixon government eventually signed the Rehabilitation Act. But the disabled activists had to fight their way to make the federal and state authorities as well as private enterprises to implement the law.

Section 504 of the Rehabilitation Act was the most important as it clearly speaks for equal opportunities for people with disabilities.  But when the signing of regulations for Section 504 was long-delayed, in April 1977, a protest group (nearly 120 people) led by Judy, entered the United States Department of Health, Education, and Welfare (HEW), situated in California and decided to stay there until the regulations are signed. It took 25-days of sit-in protest to achieve the goal. The excruciating details underlining how the protest eventually became a success happen to be Crip Camp’s best portions.

All these protestors with special needs put their life on the line and slept on the hard floor (few even taking up hunger strike) for 25 days. It shows the power of organizing and demonstrating, and how the sense of community alongside the quiet defiance of a few individuals can truly bring about a change (in a democracy). Some of the protestors who followed Judy’s leadership were her fellow ex-campers. Though Judy is Crip Camp’s emotional and spiritual anchor, due attention was given to other interviewees, particularly the paraplegic couples Denise and Neil Jacobson who light-up the screen. Denise decided to challenge people’s notion that the ones with her condition (cerebral palsy) are doomed to celibacy by pursuing a master’s in human sexuality.

Denise met Neil at Camp Jened, the later is a bank Vice-President.  Neil funnily recollects how his parents reacted when he talked about marrying Denise: “I understand your choice to marry a disabled person. But why can’t you marry one with polio?” It’s hilarious and yet thought-provoking when you see how there’s unspoken hierarchies everywhere, including among the people with disabilities. Co-director LeBrecht, born with spina bifida, was accepted into mainstream, compared to other disabled pals from the camp, as he attended a regular school and college. Yet he had to experience the pain of wearing diapers until the age of 15, and at one point he says, “I wanted to be part of the world but I didn’t see anyone like me in it.” Camp Jened seems to have played a key role in making him embrace his identity and meet people who truly understood his feelings.

The biggest strength of Crip Camp is that it allows the people with disabilities to tell their own story, which we largely don’t find in cinema. It brims with compassion and clarity, and leaves us with immense hope. Though there’s nothing unique in terms of aesthetics (a mixture of moving montage, archival footage and fascinating interviews), Crip Camp (106 minutes) zeroes-in on an overlooked chapter in the American civil-rights era, laced with a celebratory mood throughout. The applause-worthy radicalism and profound humanity of these unsung heroes inspires all of us, who are perpetually engaged in the fight against the injustices of this rigged system.