Conservatism is unsurprisingly inherent to humans for it renders might to their muscle, and provides them with the cushion of a life free of critical thinking. You don’t own natural resources, you borrow them from the ecosystem. But sustainability is unexciting in the short run. It is tempting to claim ownership and exploit such that the present becomes devoid of responsibilities. Tracing the causes and origin of colonialism is a comprehensive exercise that would require detailed academic reading. They can be quoted to stem from the self-centered human nature and its illusion of superiority but such dilution will be a disservice to the victims of colonial pursuits and empires. Waiting for the Barbarians (2020) commits to the same dilution with its primitive mise en scene, which only does the bare minimum, and lack of character exploration, which prevents the creation of a potent conflict.

The plot of the film has a wide scope for both, criticism and thrill. It cannot escape the politics inherent to it. The film is essentially around a colonial empire’s invasion of the rights and resources of indigenous people, as well as the awakening of a colonist. The territorial frontier has established peace with the indigenous, who are referred to as barbarians by the colonialists, and the magistrate, played by Mark Rylance, has no intention of disturbing it in lust for power and wealth. He is a pragmatic pacifist who does what’s honorable and who believes in the rights of humans. He hopes that the empire will recede one day. The empire’s military, however, intends to crush and capture nomads, and expand its borders.

I will prevent revealing any more plot details as it would seriously compromise with the experience of the film. The film moves at a calm pace and exists in a quiet atmosphere for much of its duration. The moderate pace isn’t an unintelligent choice in isolation but the low volume of information provided, and the low degree of ambiguity created, collectively harm the experience. Ultimately, the audience neither receives intense gratification while the film exists nor is left with much to ponder as the film terminates. 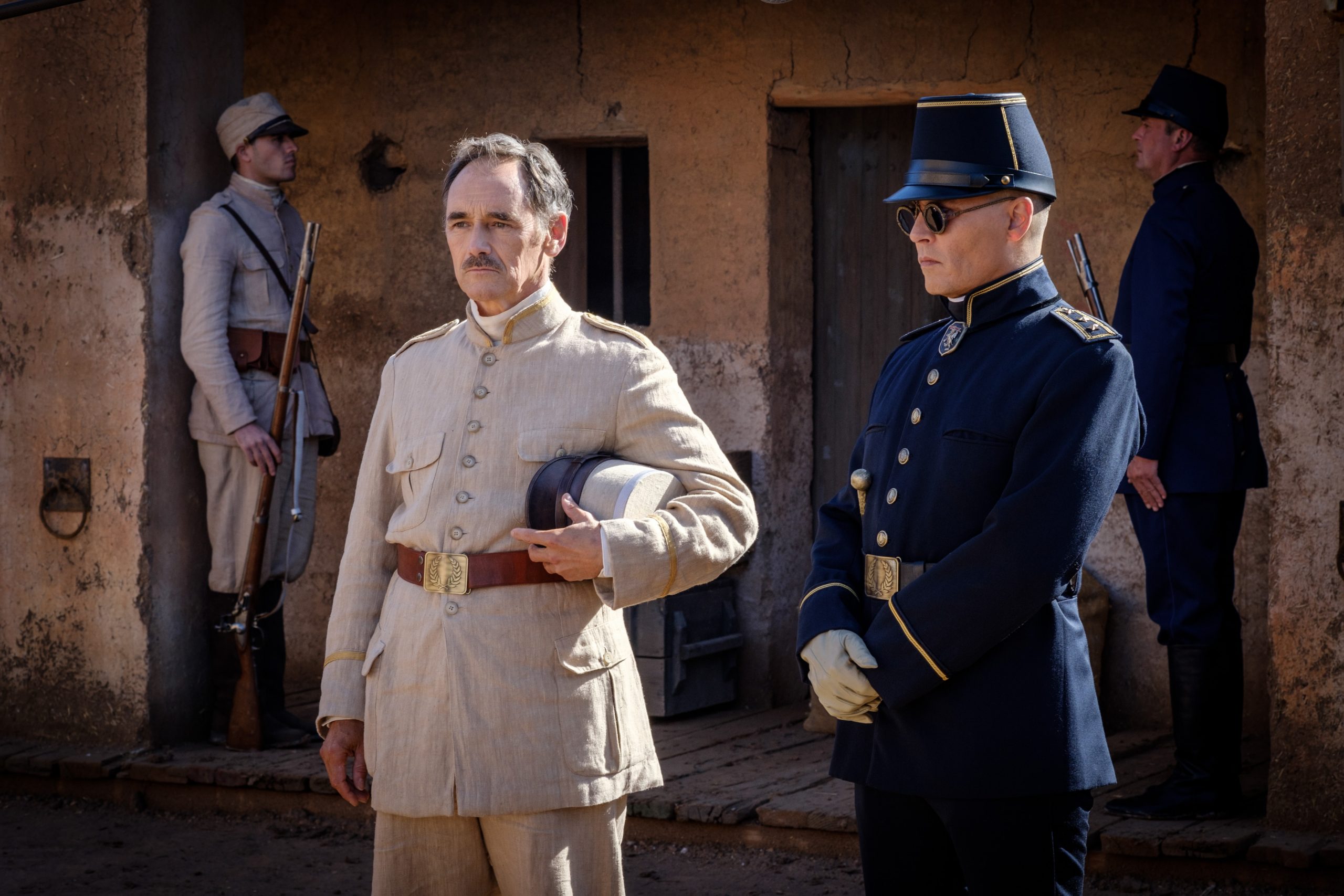 Every element is simply in accordance with the minimum requirement. Dialogues are written in an as grounded way as possible, something I would consider noteworthy merit. Another important aspect of the film lies in Mark Rylance’s committed performance. He signals a great deal of understanding of his character and the environment. His composure is permanent and yet, the growth of his character is evident through the course of the film’s duration. Johnny Depp and Robert Pattison are merely convincing. Their contribution is only as relevant as the length of their screentime.

I have no suggestions to make as far as the film’s editing and cinematographic choices are concerned. The camera moves in an impressive way in some sequences and careful shots never reveal the entirety of the settlement. But the film’s failure lies in its casual treatment. It is neither a highly thrilling period piece nor an extremely contemplative drama. It does have some important ideas to convey but much of the expression takes place in the hindsight and dilution of the source material makes the film devoid of density. I appreciate the calm treatment but there is a huge amount of unexercised potential the film carries, which makes it a mediocre affair at best.

Note: An in-depth investigation by Latin American feminist magazine Volcánicas, involving 8 women from the film industry, revealed allegations of sexual harassment and rape on Ciro Guerra. The abuse was quoted to be frequent and prolonged, as per the account of different women. The magazine also added how the women won’t be filing a formal complaint in order to avoid humiliation during the legal procedure while Ciro Guerra announced that he will be seeking legal help against the defamation. If this fact makes you uncomfortable and your conscience doesn’t allow you to affiliate yourself with the person in any way possible, follow your calling.

Waiting for the Barbarians Trailer

Interview with François Ozon: "I was faithful to the book which never problematizes gayness."