The Scarecrows (Les épouvantails) [2019]: ‘Venice’ Review- The Horrors of Survival

It is particularly compelling how the Tunisian veteran uses ‘spaces’ in The Scarecrows (Les épouvantails). Within the first few frames, Nouri Bouzid establishes an unsettling tone following his protagonists and the world they inhabit. Djo (Joumene Limam) and Zina (Nour Hajri) are introduced in extreme proximity, cutting the sense of any kind of breathing space around them. In those dark, brittle frames, we see their figures struggling to find a sense of life.  They are in a prison cell, cut from any human interaction, left almost like unwanted outcasts. These two, like several other women from their part of the world, represent the internal chaos that they carried while following the skewed philosophies of religion. They are the chapters of history which have gone unnoticed through such lens; which is why the director wanted to shed light on this topic.

Before becoming the democratic country that it is, Tunisia has had a serious history of stripping women even from their basic human rights. Under what was called a “jihad nikah”, women were sponged out of their countries to marry off the jihadists, while being subjected to every conceivable way of physical and mental torture. All of it was done on the promise for them to attain ‘paradise’. And they were treated as mere objects, being used for sexual pleasure by these terrorists.  Zina and Djo, that we see here, were victims of the same halal rape. After escaping from their captives, they somehow return to Tunisia.  They get bailed out by an activist-lawyer, Nadia (Afef Ben Mahmoud) and a doctor, Dora (Fatma Ben Saïdane). Even after returning to her home, the shadow of terror can be easily traced on Zina’s face. Djo, a journalist who helps her escape embodies the horrifying past even with her muted presence.

Similar to The Scarecrows (LES EPOUVANTAILS) – Balloon (Qiqiu) [2019]: ‘Venice’ Review – A Love Letter To Tibet And Her Women

For a film based on women’s survival and resilience, it is certainly well-balanced with the portrayals of female characters. While the societal pressure and conditioning make Zina’s father behave erratically, her mother is the one who stands firm by her side. Zina, who used to be freewheeling and admired by everyone for her looks, needs to hide her identity for the lack of better reason for her actions in the past. Still, whenever she goes out, men would see her as something that they own, bruising her even with their gazes. Perhaps that’s why only a homosexual- Driss would be sane enough for her to be around. He was fighting his own battle while trying to live like a normal person where everyone else is only trying to dehumanize him. And Nadia is fighting for his rights while being the formidable figure beside him. The fear is ever-present around them, which is apparent by how the dolls made by Zina’s mother, resembling scarecrows, have a bigger market in the country. It was a point in time where silence in itself was a form of bravery, which is why a journalist like Djo scribbling down every evil act without speaking a single word isn’t cowardly. Either a muted existence like that or the state of constantly hiding were perhaps the only options left for the victims. 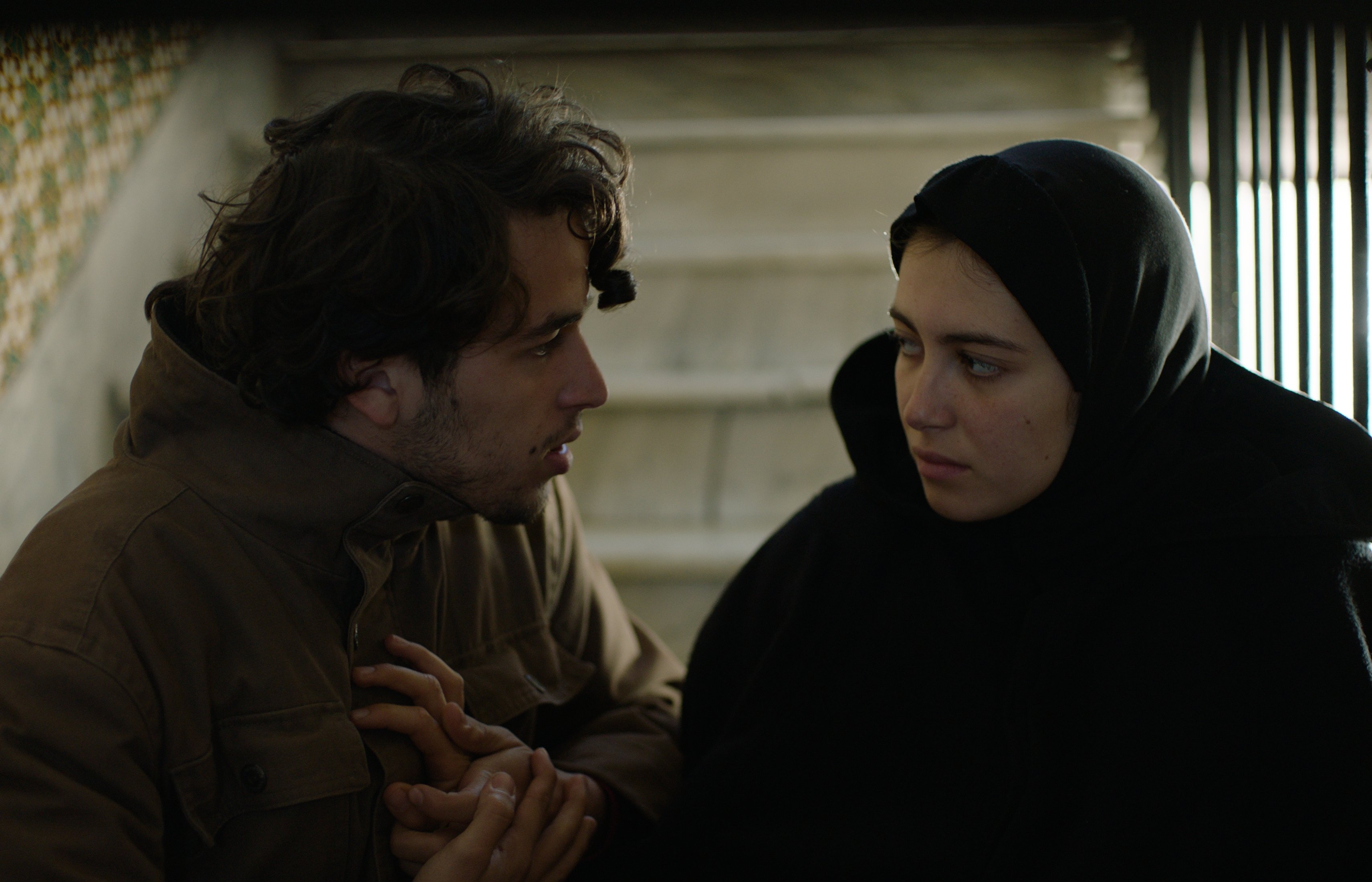 Even when the shaky camerawork makes it hard to follow the narrative, it is supposed to present that chaos more than anything; even more than clarifying their actions. The film is conscious of that with every other aspect. There are sounds of traffic or even the birds chirping during their dialogues. But they are distant, almost erasing their own presence; as if these women are speaking in a house which a part of their society, yet not submitting to their voices or ideals. The sudden jumps to Zina’s past induce a snappy, psychological impact. While it wrecks you at a moment, it wants you to be a part of it in the very next.

Almost every dialogue used in this film is pinpointed to give insights about the general perception towards their situation. But even if they are purposefully written, they cut deeper by the character’s perspective inhabiting the milieu. Like when the young women sitting next to Zina, tease her for how she has dressed from head to toe; it is just as much about her as a person who hasn’t gotten over her past. Besides, the stark difference established between the interiors and exterior is fascinating. We get much closer to the characters in those claustrophobic dim-lit spaces. But outside, we observe them from distance. The secretive nature of every humanitarian work that time was bound to get that warmth and closeness only in those confined spaces. The place where every secret is guaranteed to be safe, where connecting with others being doesn’t take much doing and where the time passes by a snail’s pace. Because in those spaces, the constant struggle of hiding oneself wasn’t present.

The new 'It' Movies Suck

The Scarecrows (Les épouvantails) [2019]: ‘Venice’ Review- The Horrors of Survival