In her directorial debut ‘Surge’, Aneil Karia creates an edgy portrait of an unhinged airport security officer in the streets of London navigating his newfound zeal for life. His claustrophobic style signature induces a masterful central performance from Ben Whishaw, whose growing oeuvre can no longer be ignored.

Joseph’s blue-collar job does not give him much joy. His work is limited to patting down travelers at the airport who do not pass the metal detector. He does not share a running camaraderie with his colleagues and is mostly reclusive. After an incident during work, which happens to take place right after a chaotic birthday celebration at his parent’s house, Joseph proceeds to do what he pleases. His primal rigor overpowers his conditioned behavior and modern sensibilities, leaving little to no chance for redemption. Karia’s opening shot sets the tone for what is to come: a slice of Joseph’s self-worth. He is the nobody in a crowd of nobodies. In fact, you struggle to spot him the first couple of times the camera zooms in. It is almost as if he remains on the precipice of human socialization.

Karia uses a handheld camera that follows Whishaw around, getting dangerously up close, capturing the smallest of winces and discomforts. It closely mimics Joseph’s state of mind – frantic during the robberies, peaceful after on the bed. His sense of space and crystallizing emotional distress is particularly impressive. Karia’s examination of man as a function of his instinct rather than the analytical mind diminishes cinematic expectations and requirements from Whishaw. Most of Joseph’s movements and twitches are played off the ear and never seem rehearsed. Even the way ‘Surge’ is shot, gives you the impression that instead of focusing on action, the intent is to get the most authentic reaction. There is a noticeable lack of dramatic heft, which is filled by a heightened, raw, and visceral energy akin to street plays. I did feel that Karia is slightly inept in juggling his narrative resolve and creating an engaging plot. It pushes ‘Surge’ into the echelon of films that are not able to entice the masses but still remain fulfilling for its target audience. 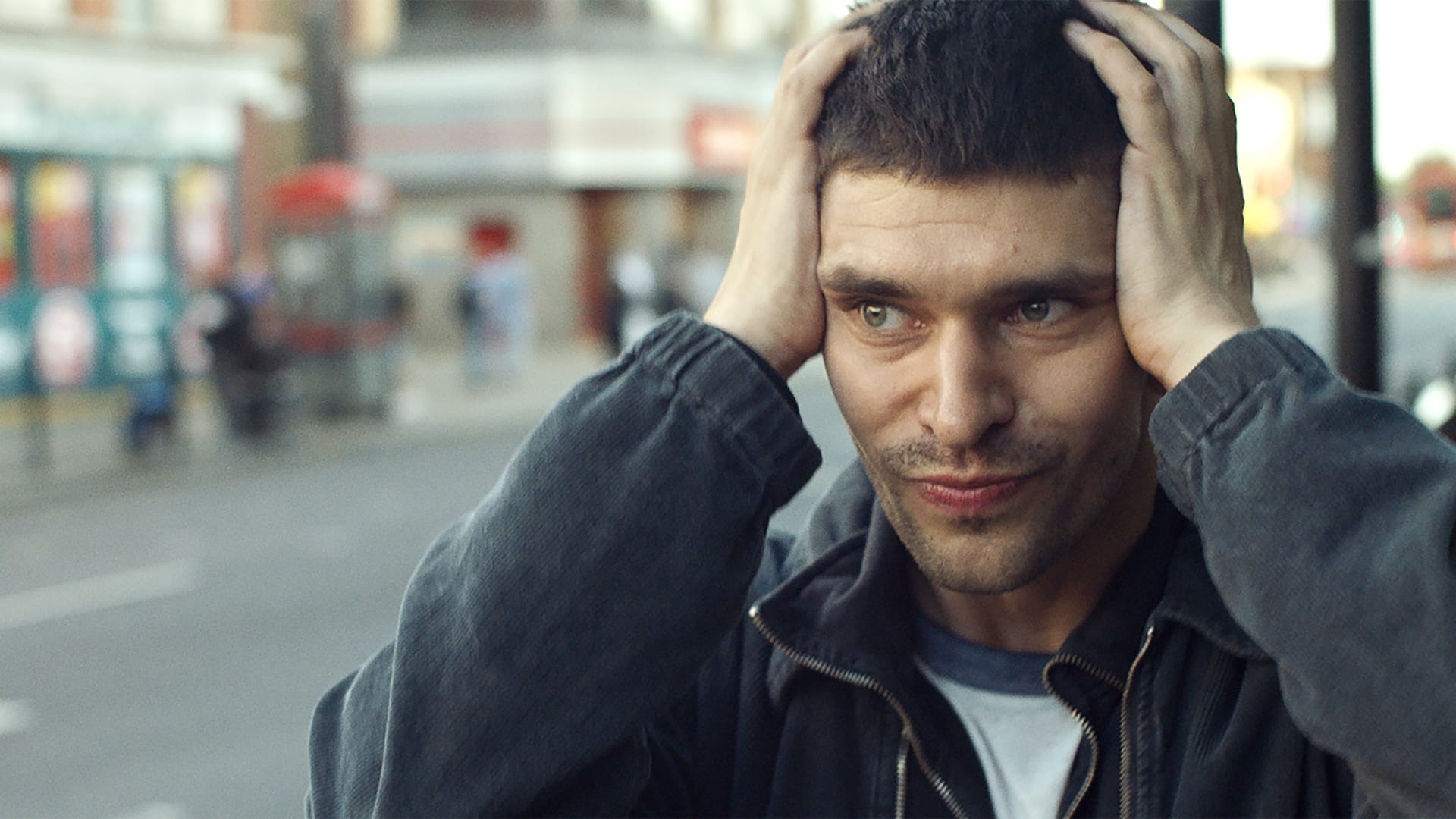 The theme that ‘Surge’ plays so beautifully into is that of exploitation through control. Joseph’s professional and personal settings reduce him to a robot-like entity, only allowed to play it by the book. Caught in the cobwebs of rules and regulations, he finds himself unable to break through, just an inch towards feeling alive again. Whishaw’s physicality has a major part in articulating Karia’s ideas. His lanky and simmered frame is the perfect motor to represent Joseph as almost possessed. Karia’s broader political statement about institutional regress might not be best served with an example about a man indulging in crimes and feeding his dark sides but it would be inappropriate to choose this perspective of looking at the film.

There are a lot of similarities between Joseph and Arthur’s character in ‘Joker‘, albeit sans the defined mental ailment aspect: their family backgrounds, socio-economic circumstances, interaction with people, and the macabre devolution in standardized norms. The film is not clear on whether Joseph is autistic or mentally challenged, which leaves a lot to the interpretation of the viewer. This argument, though, is skewed in my opinion because the most effective manner in which ‘Surge’ should be seen as an artistic mouthpiece is limited by this ambiguity itself. There remains one reasonable way to feel and experience Joseph’s story that is not to the detriment of the film. It also takes away the viewer’s capacity to empathize with Joseph due to a lack of vulnerability. Arthur was represented as a victim of the system, resigned to the margins, and abandoned as a child of the state. Todd Phillip’s choices made him vulnerable and without malaise, which is surprising because it is not the case.

Karia, though, seems heavily inspired by ‘Joker’s visual appeal of using muted colors and restrictive settings. Amanda James fuels the film with an imposing score that combusts well with Karia’s storytelling. ‘Surge’ is more like a trimmed version of the Safdie brothers’ films with original thematic introductions that are refreshing. It is most definitely unique in the subject matter and resists becoming derivative. Whishaw’s commanding turn as Joseph is what society would be without objectivity and civility. ‘Surge’ is not a completely perfect film by any stretch. Karia’s bold debut, though, confirms him as a filmmaker with substance to watch out for in the future.