One fine or fateful day in 1933, it is said that Joseph Goebbels, the Nazi Minister of Propaganda, called director Fritz Lang to his office and invited him to take charge of the German film industry at a time when film production and distribution in the nation was slowly getting nationalized. Both Hitler and Goebbels were impressed by Lang’s 1927 sci-fi epic Metropolis (1927), although they were willing to overlook the fact that he made the ‘abominable’ The Testament of Dr. Mabuse (1933) which was duly banned by the Third Reich for its ‘subversive’ message. In the book ‘Exiles in Hollywood’ (by Gene D. Philips), it was mentioned that when Lang was in Goebbels office hearing the propaganda minister’s prattle, the director was just focusing on the clock and thinking about his escape plan, immediately after drawing out money from the bank.

Unfortunately, circumstances were such that Fritz Lang had to take a train to Paris with money left in his pocket, leaving his screenwriter wife Thea von Harbou, who had already joined the Nazi party in 1932. In 1934, Lang was invited to work in Hollywood (after making ‘Lilliom’ in France) by the legendary producer David O. Selznick who was at the time working for MGM. But it took more than a year for Lang to zero in on a project. Eventually, he chose to adapt a story by Norman Krasna titled ‘Mob Rule’. Lang co-wrote the script with playwright & screenwriter Bartlett Cormack. The movie was titled Fury (1936). It’s an incendiary anti-lynching drama that features some of the recurring themes in Lang’s works: mass hysteria, injustice, corruption, and paranoia.

Related to Fury: Inherit the Wind [1960] Review – A Captivating Intellectual Discourse That’s As Relevant As Ever

The twenty-seven-year-old Joseph L. Mankiewicz (‘All About Eve’) was in charge of the production, who made his directorial debut only a decade later (in 1946 with ‘Dragonwyck’). Norman Krasna’s story was loosely based on the 1933 lynching of Brooke Hart’s alleged murderers. Bartlett Cormack’s politically charged script added to the narrative. In fact, Cormack’s renowned play The Racket (1927) tackled police corruption, which was also made into a silent film in 1928 (both the film and the play were banned in Chicago at the time). Nevertheless, Fury is a trademark Lang film boasting his darkly ironic expressionist aesthetics and further contains interesting references to the Third Reich and the director’s own émigré status. 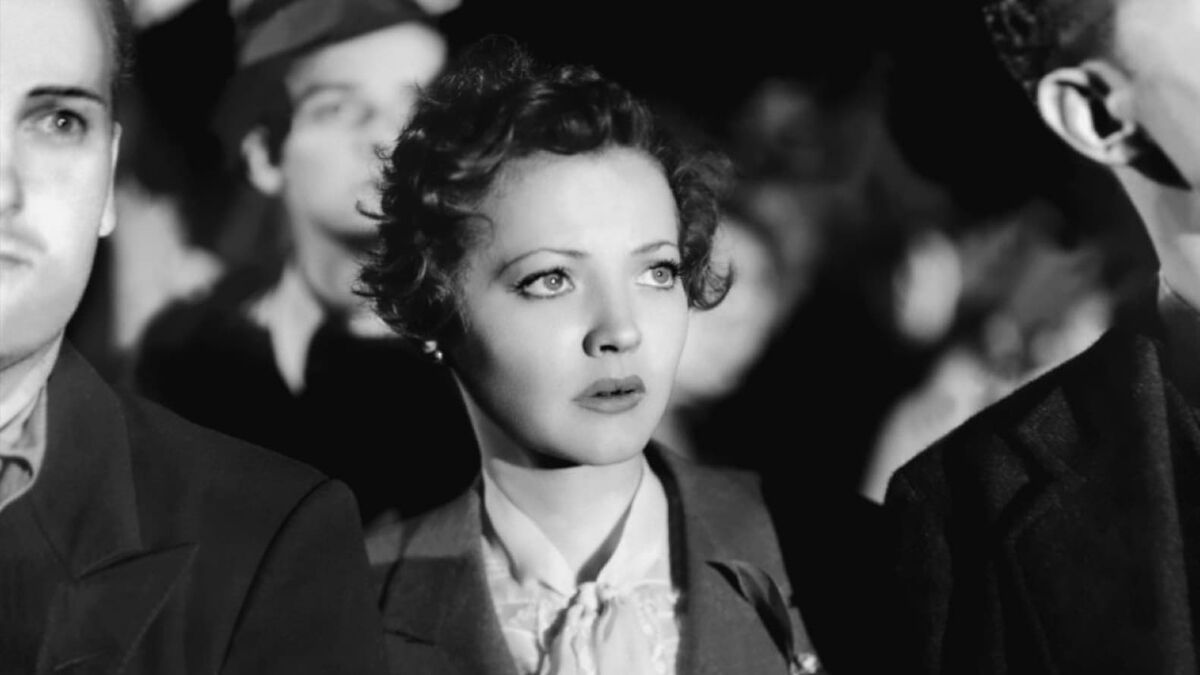 Fury opens at a shop window that contains luxuries that are out of reach for its central characters, Joe Wilson (Spencer Tracy), an ordinary working-class man, and his sweetheart Katherine (Sylvia Sidney). The bridal imagery in the shop windows agonizingly reminds them that they have to at least spend a year apart in order to save enough money to get married. Joe reluctantly drops her at the train station and goes back to his shack where he lives with his two brothers, Charlie (Frank Albertson) and Tom (George Walcott). The harsh economic climate of the Great Depression has pushed Joe’s brothers to involve themselves in the racketeering business.

Joe, however, tries to pass the right social values to his brothers. Then things get better for Joe Wilson as we learn in the montage of letters he sends to Katherine. He is now a small gas station owner and has surprisingly pulled in his brothers into this honest business. Having saved up enough money, Joe decides to meet Katherine and figure out the marriage plans. On his way to meet Katherine, Joe is pulled by a policeman (Walter Brennan), and later the town sheriff (Edward Ellis) mistakenly identifies him as the perpetrator in a prominent kidnapping case.

The sheriff holds Joe for the night, on the flimsy evidence of salted peanuts and a single banknote, whose serial number matches the one given to a kidnapper as ransom. Soon, the news of the alleged kidnapper’s arrest spreads like a wildfire across the town, and each adds new details to the alleged kidnapper’s culpability. Kirby Dawson (Bruce Calbot), a shady character who is at odds with the sheriff riles up the crowd at the bar.

Transformed into a bloodthirsty mob, the otherwise pious small-town people stand in front of the jail, demanding to lynch the prisoner.  When the mob can’t break into Joe’s jail cell, they set the whole building on fire. Joe, however, escapes from the jailhouse. Now presumed dead, he plans to take revenge on the town inhabitants who attempted to lynch him. He rousingly declares, “I’ll give them a chance that they didn’t give me. They will get a legal trial in a legal courtroom. They will have a legal judge and a legal defense. They will get a legal sentence and a legal death.” Soon, twenty-two members of the lynch job are put on trial for Joe’s murder.

The truth about Joe’s survival is only known to his brothers. Joe remains hiding in a hotel room, closely following the trial on the radio. Gradually, the narrative shifts its focus from the horror of lynching to study Joe’s fixation to convict the lynchers of his supposed murder, which makes him even forgo his love for Katherine. Although the light-hearted, sentimental ending of Fury is not typical of Lang’s works, he speaks of the collective and personal redemption that’s essential to curb the putrefaction of ideals in a civilized society.

The German expressionism that tends to distort objective reality is used to perfection towards the end when Joe goes for an evening walk while the trial for his ‘murder’ is still in progress. Suddenly, in the shop window, Joe sees the reflection of the faces of twenty-two defendants, his guilt feelings rising to the surface and making him acknowledge that there will be no satisfaction with revenge. The grim close-ups of the frenzied mob, earlier in the narrative, were also brilliantly coated with the same expressionist flavor. Nevertheless, what I particularly found intriguing in Fury are two scenes, in which the writer/director directs his critical eye upon the nation he has recently moved into. 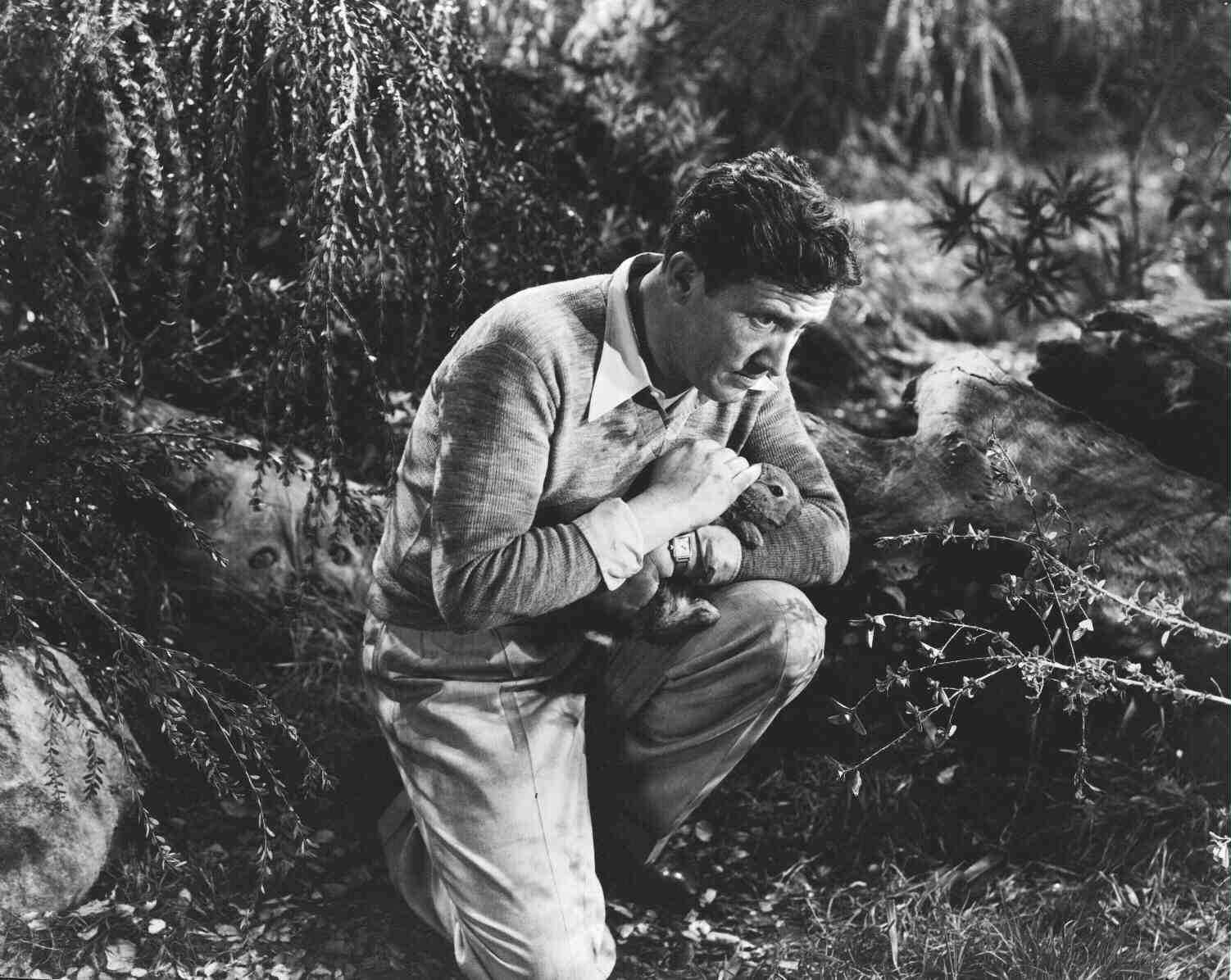 Fury is set in a small American Midwestern town, and in one key scene set inside the town’s barbershop, a man waiting for a shave talks about passing a law that could ban radical ideas. To which, a local teacher on the barber’s chair says, “It’s not a possibility to get a law that denies the right to say what one believes, in peacetime anyway.” The other man asks, “Who says so?”, and the teacher promptly replies, “The Constitution of the United States”. Now the old barber interrupts in heavily accented English, “You should read it sometime. You would be surprised. I had to read it to become an American. You never had to because you were born here.” This is a brilliantly written scene whose relevance hasn’t faded a bit as the politics of immigration is now a huge issue across Europe and North America.

In another scene, towards the end, the protagonist walks up to the Judge and states, “…..the law doesn’t know that a lot of things that were very important to me, silly things maybe, like a belief in justice, and an idea that men were civilized, and a feeling of pride that this country of mine was different from all others….” The cynical, disillusioned protagonist reflects the deepest despair of the Lang-ian universe, where faith and inherent goodness of an individual will be eventually tramped down by the corrupt system and mob rule of hatred and violence.  Well accustomed to how fascism spreads its roots, Lang warns the people of his new nation on where hatred, mob mentality, and ignorance of the constitution will lead them to.

Despite the studio executives’ harsh criticism, Lang’s Fury was well-received commercially and critically. English novelist Graham Greene called the film ‘an extraordinary achievement’ whose novel Ministry of Fear (1943) was later adapted into a movie by Fritz Lang. Overall, Fury (92 minutes) may lack the bleak magnificence of Lang’s art, abundantly found in M (1931), Metropolis (1927), or The Big Heat (1953), but the theme it discusses are even more relevant today.

Mise-En-Scène In The Wachowski Siblings' V For Vendetta

Two Gods [2021] Review: A gracefully handled documentary about a casket maker and his prodigies