One of the familiar tropes to portray a broken self-destructive character on the screen is to give him the traits of drug abuse, suicidal behaviour or bursts of anger. All these traits are definitive in masculine terms, and always the feminine part of their life is to blame for these outrageous acts. From Devdas to recent times Kabir Singh, all the male characters are playing the victims for the ditching of their female counterparts, yet on scrutiny, their masculine ego causes the problem in the first place. Acclaimed Turkish-German filmmaker Fatih Akin’s 2004 film ‘Head-On’ deals with a similar kind of broken male character and masculine ego but cleverly subverts the role of the female characters.

A raw and provocative romantic drama, Head-On tells the story of Cahit, a Turkish born German citizen who give up on life after his wife’s death and tries to find solace in drugs and booze. In this situation of instability, he meets Sibel, a suicidal girl in her 20s. She suffers from the constant domination and restriction from her traditional Turkish male family members due to her carefree attitude in life. There is continuous pressure on her to maintain family honour. Otherwise, there is no clear indication that they can go any further to save that. Sibel convinces Cahit to enter into a marriage of convenience to come out from this constant abuse. They make the deal that they don’t interfere in their respective lives. As a result, both are engaged in infidelity, jealousy, and abuse yet find a sense of belonging to each other, which eventually leads them to a strange romance.

The characters are broken, dysfunctional and self-destructive in Head-On, successfully giving it the gritty coating of common masculine traits. The male characters are aggressive towards their respective female counterparts verbally and physically. Yet they are playing the same victim card as any other movie. But in Akin’s vision, the females are not standing still take all the blame for nothing. 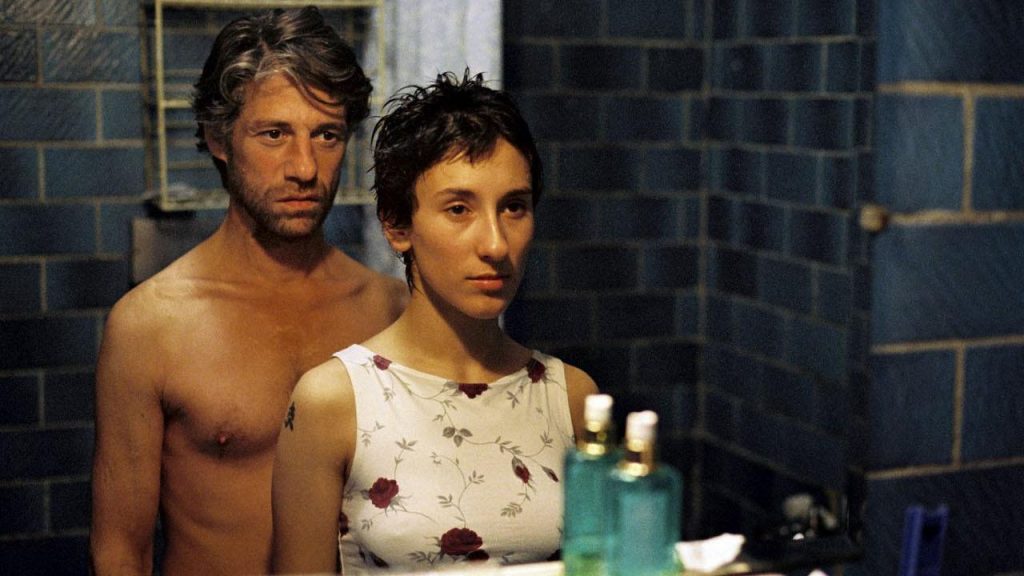 Of course, Sibel is infidel, carefree and wild. But it is the humiliation and abuses that makes her a rebel in the end. The male-dominated traditional society does not tolerate this outrageous act from a female. Thus she is thrashed, groped, raped. Yet at the end, she stands still. One of the scenes from the film where a bunch of thugs attacks her and she gets back every time until she is stabbed shows her strong determination. But in the process, she doesn’t want to become any other woman who tries to adjust to this world.

In Akin’s vision, Sibel’s rebellious attitude is the perfect representation of the emancipation of masculinity. But as a result, she becomes the masculine equal of self-destruction. She loses control of her life and becomes a wreck.

In my opinion, this whole breakdown of Sibel is the product of her relationship with already wrecked Cahit. From the beginning, it is showcased that he seeks redemption and comfort out in the dark. Sibel gives him that and restores the empathy once he fails to acknowledge it. To do so, Sibel pays the price of becoming the wreck trying to find redemption in booze and drugs. Cahit maybe comes out from his psychedelic haze after the care of Sibel, but in return, he corrupts her. He makes Sibel remorseful by accidentally killing one of her lovers. As a result, she becomes Cahit’s older self and goes out in a self-destructive haze, seeking solace in drugs and alcohol. This is another example of male dominance over the female by affecting their emotions.

But in the end, when Sibel turns down Cahit, it is her act of protest not to be further effect by him. She becomes mature enough to make her own decisions.

Sibel Kekilli as Sibel gives a strong performance. Every emotion she puts into the screen is with utter conviction and maturity. The character takes time to feel for during the first half, but she becomes in the driving seat everywhere in the film after that. In the transition from a carefree bubbly girl to a mature, restrained girl, Kekilli handles the character with utmost care and sensibility. Birol Unel as Cahit is also beautifully portrayed. He is broken, abusive and self-loathing. The various shades of him, make you feel different each time for the character.

Head-On subverts the roles in the gender dynamics in broken relationships. By the emancipation of masculinity and bringing forth the feminine sensibility, Fatih Akin revises the study of the broken characters drifting away from the conventional portrayals.