Home»OTT»Hoichoi»Baba Baby O [2022] Review: Neither Deep in Its Theme, Nor Succeeding in Its Execution
Hoichoi/Reviews

Baba Baby O (2022) Hoichoi Review: Windows Production, the production house founded and run by the duo of Nandita Roy and Shiboprosad Mukherjee, has been in forefront of a ‘resurgence’ in the Bengali film industry. A resurgence of cinema focusing on a social cause; presented in a shell that would be palatable to the comforting sensibilities of a Bengali family trying to enjoy their Sunday evening. Thus the films of Windows Production often become the results of catering bordering on pandering, rather than being offerings. Even in the scope of catering to their own market, vis-à-vis being fan service, there are always chances to touch upon creativity. Sadly, that is one thing these films lack heavily.

For, starting from ‘Belasheshe’ to this newest venture ‘Baba Baby O’, the films presented by the duo of Nandita Roy and Shiboprosad Mukherjee had always scratched the surface in terms of their chosen social theme with utter disregard towards other aspects of filmmaking. The social commentary in these films often runs thin through a bare minimum plot with terrible dialogues and ham-fisted execution. The duo has directed most of their ventures; however recently they have started to delegate the task of direction to other directors, without compromising the ‘essence’ that their films have come to be known for. Regardless of who dons the director’s hat, the result is invariably the same.

Director Aritra Mukherjee has worked before for Windows Production in 2020’s ‘Brahma Janen Gopon Kommoti’, another social cause-driven drama. ‘Baba Baby O’, the literal English translation of the name is ‘Dad, Babies and the other’, focuses on the struggles of a single father who just wants to experience fatherhood without going through an unwanted marriage just for the sake of procreation. His choice thus diverts towards surrogacy. The film starts with that and immediately establishes the kind of backlash one could expect from a traditional Bengali, or for that matter Indian subcontinental, community.

However, as the story evolves further, one could see how the entire ‘single father’ thing gradually becomes a mere gimmick rather than a true premise. The story becomes as it was always intended to be; a common rom-com where the boy needs to overcome couple of hindrances to get to the girl. That is the case more often than not in these films. The socio-religious-economical causes are briefly introduced. Introduced. Never explored, before it quickly gets moved to the back seat for the traditional family drama it always intended to portray. 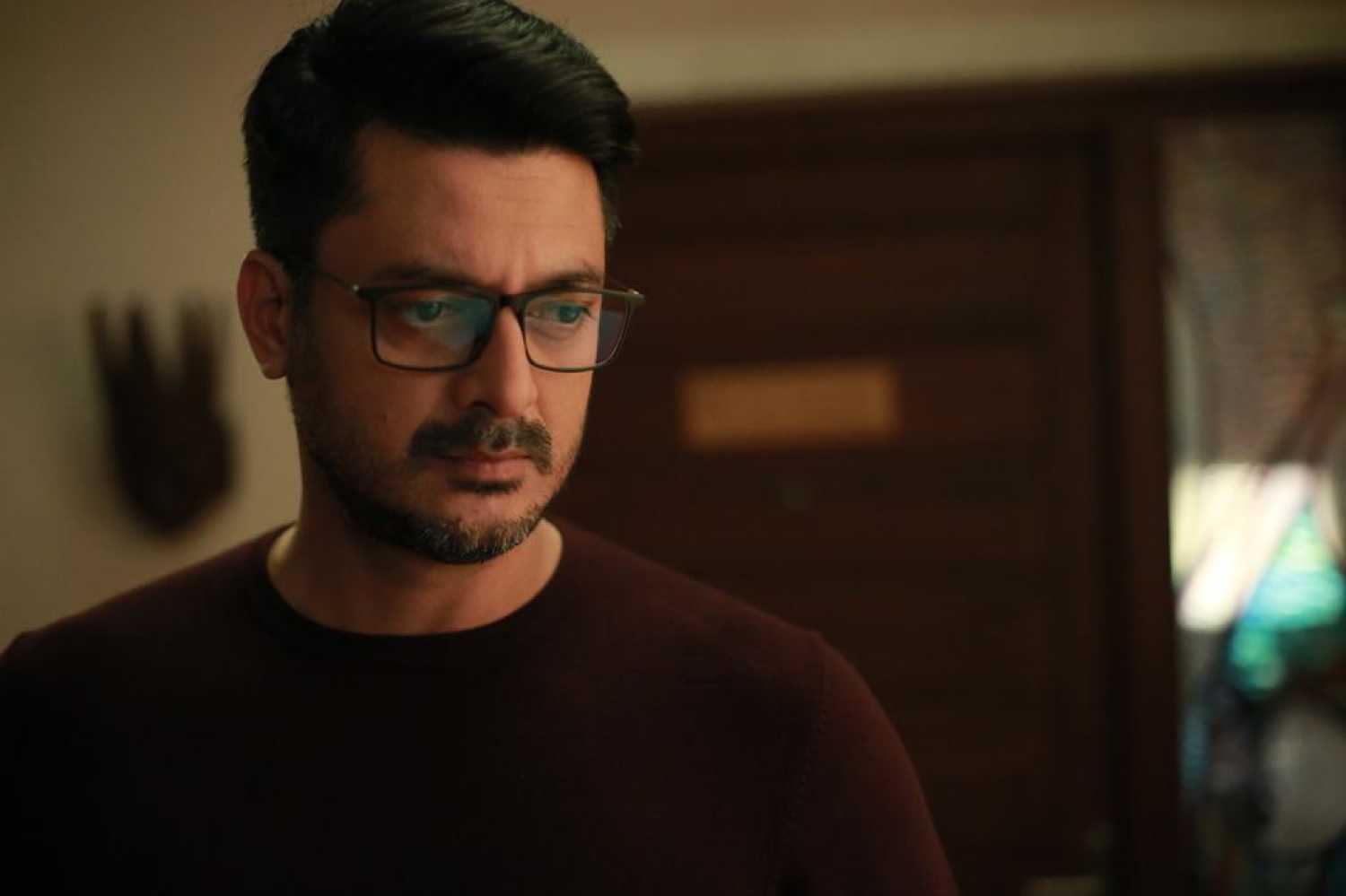 One of the major flaws of modern Bengali films, and ‘Baba Baby O’ or other films of Windows Production are not the only ones here, is the dialogues. The writers often forget that all the characters of the film cannot be a reflection of their own speaking/writing abilities. One character might be that witty; that deft at puns and quips, as the writer is. Maybe two characters if I am being generous. But almost all the characters? That is a travesty. ‘Baba Baby O’ starts similarly in terms dialogues, although it fares better as the film progresses. Especially compared to any Srijit Mukherji film.

Then there are the curious cases of sub-plots. The primary and sub-plots often interchange their positions. At one point, the ‘O’ part of ‘Baba Baby O’, that is the ‘Other’ part, becomes so dominant in the storyline that you would wonder whether the film should have been named ‘Patrani Macchi’. As the Parsi fish delicacy becomes more of a plot device than the supposed main protagonist’s fatherhood. Then there are weird encounters with a sex maniac who repeatedly mistakes children’s toys shops with sex toys shops, something straight out of Greek Weird wave. And of course, there were some off-handed homosexuality references, mostly positive though, sprinkled as garnishing.

Jisshu Sengupta and Solanki Roy, to be honest, are not too bad at their roles as two leads. Jisshu manages to hit the right notes as the forty-something man, trying his best to lead a life of normalcy under apparently abnormal circumstances. Solanki Roy, with the character given to her, brings the best out of it. The supporting cast of Bidipta Chakraborty, Reshmi Sen, Rajat Ganguly, and Mainak Banerjee churns out efficient performances. Even Gourab Chatterjee is mostly adequate as the only source of mild irritation in the film.

In the end, it would be another fare of Nandita Roy and Shiboprosad Mukherjee that would only be enjoyed by the viewers with a proclivity for their films. The rest, not so much I would presume.

Everything Coming to Netflix in April 2022