Home»Reviews»High on Heels (2021) Review: A Unique Insight into the World of Heels
Reviews

For an average person like me, uneducated and uninterested in fashion, high heels exist in a blind spot. They never come across in my realm of things. But for a female counterpart of my age or even half of it, high heels are a burning conversational piece. Adelin Gasana’s new documentary ‘High On Heels’ focuses on the various perspectives about high heels from professionals to everyday buyers. There is a gamut of information, including the harmful medical effects of wearing them for long stretches of time, that’s enough to acquaint the uninitiated with an elementary understanding.

The range of discussions varies from high heels being seen as empowering for young girls, to an essential tool in mass communication professions such as hosting or anchoring. In fact, there’s a scene where a professional houses more than 20 pairs in her cubicle for the job! The documentary captures all emotions on a woman’s spectrum, including insecurities and scepticism. The glamour of high heels ubiquitously affects women of all backgrounds, races, and colours in a different way. A host of female entrepreneurs also feature, most prominently the founder of Vertical Joes, a pole-dance teaching venture, who talk about the challenges they face and their inspirations.

The emotional core of the documentary has a universal appeal and connection. There isn’t a kind of heel that Gasana misses. The comprehensive showcase of traditional types of high heels and new innovations in the industry reflects sincere dedication and research. There’s also a background commentary about the evolution of high heels. To my surprise, heels in the Renaissance period were an exclusive accessory on aristocrat males, while females wore flats. This phenomenon continued for a while. Gradually, though, the ecstasy of wearing high heels gravitated towards women and became their exclusive domain.

More so than wearing heels for the other gender, women open up about the personal impact high heels have on them. “I feel like a boss; in control”, quipped one woman. “They make me feel like I’m floating”, quipped another. The diverse uniqueness of high heels specific to the wearer is actually heartwarming to see and makes for an interesting watch. Gasana’s colorful world of stilettos, pumps, and wedges touches upon many cultures and the associated point of view. The American culture accepts high heels as an integral accessory for women, who make a strong case for wearing them at a number of social events and pretty much any time of the day. But, the makers are intelligently empathetic to the sensibilities of different cultures and women who do not strongly espouse the idea of wearing them. 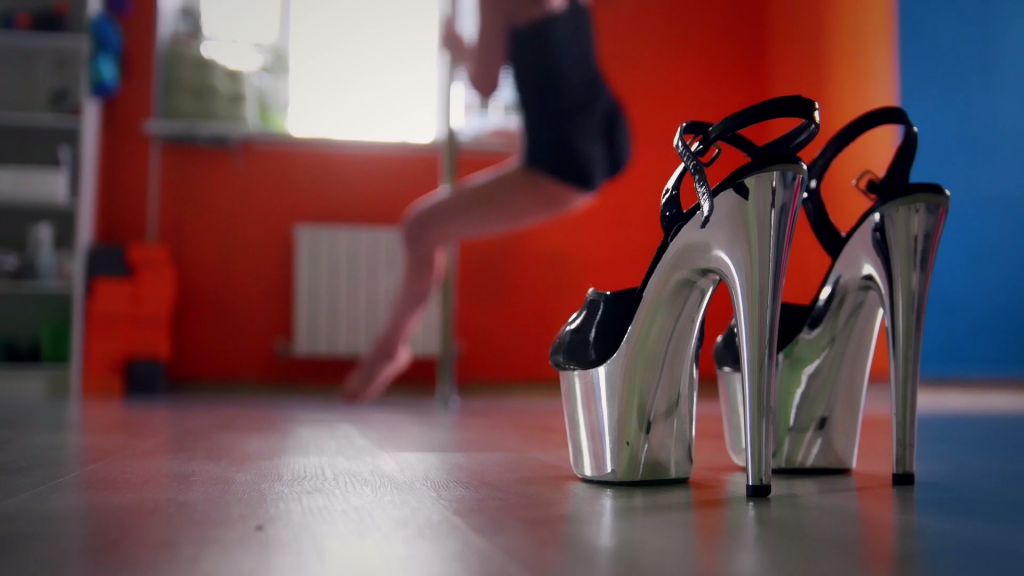 Another point made through the documentary is the evolution of how women themselves feel and the independence of that emotion. From wearing high heels to impress men and maybe invoke jealousy in peers, women have resorted to high heels as a form of self-expression and je ne sais quoi that they experience. This change in perception runs parallel to a conscious movement of female empowerment, although at a micro-level without being a cause but an effect. As a corollary to social changes and acceptance of women as equals to men, high heels are a symbol of liberty for many.

One aspect that I feel the documentary didn’t touch upon is the fetishization of high heels, especially by the opposite gender, and the masochism among females. The latter part was indirectly discussed but the omission of the two as prominent points of discussion is a bit disappointing. This additional dimension to the discussion could have embellished the understanding of high heels not merely as a fashion accessory but something more personal to the women. It also omits what could have been an interesting depiction of a re-found and growing male affection for high heels.

There are several discussion forums and dedicated websites for men interested in high heels to showcase their love. It is still taboo for men to wear them. Sighting the two together is a rarity. The societal pressures on them to overcome their engendered sexual trappings could become a great discourse on the overall attempts to encourage members of all genders to not feel ashamed to express themselves. Although ‘High on Heels’ limits its audience through its subject-matter, the makers do a commendable job to make sure its appeal is profound to its intended audiences with a unique insight into the world of high heels.