A broken-up group of friends unexpectedly reuniting is a premise that rings all the familiar bells. This is a premise that has been touched upon several times by many films. One of the most well-received Indian romances, ’96, based its unlikely romantic rekindling upon this. However, the many characters of #Homecoming have a broader Identity than their friendships. They are dramatists in their own right. An unbreakable group of college friends, they were the pioneers of a theater group named Amra, which planned and staged in the ancient building of Rasta. However, the twists of time resulted in all of these artists taking their separate paths. And thus, a glorious artistic journey took a holiday- break up was too unpleasant a word.

Godot, the heir of Rasta, has decided to change this. Now a corporate worker living a swanky life in the US, something strikes him on Mahalaya morning. Opening a new tab alongside the ritualistic annual Birendra Krishna Bhadra program, he books his flight tickets for Kolkata. Or Calcutta, as he likes it. A sudden reunion of team Amra is planned in Rasta on Nabami night. The bunch of misfits interacts for the first time in years. As it does happen, an eventfulness fills the air.

If the premise still sounds oddly familiar, it very much is. Debutant director Soumyajit Majumdar makes no attempts to subvert the tropes that he has used. On the contrary, the romantic arcs and moments might even feel dated at times. The resolve too is squeamish and simplistic. However, the film is wonderfully helped by the dollops of nostalgia that he has poured in. If you wanted to describe #Homecoming in one word, it would really be ‘Calcutta’. For all the artistic missteps taken, Majumdar more than compensates it with his rich understanding of the city. The debutant director loves it inside out and through all its alleys and backyards. He knows that there is much more to the city of joy than its unexpected, simple, savory pleasures.

He understands that the collective sense of youthful co-existence is what breathes life into all of it. Soumya indulgently explores the Calcutta left unexplored so far. That is, one where life has moved from its place through the course of time. And yet, something throughout stays distinctively, refreshingly alive. At times, the film feels like an untapped personal essay. A love letter to the city would be overstating it since the narrative itself has more to it. But the film itself is an ode to the artistic relationships we made all along and will continue to. 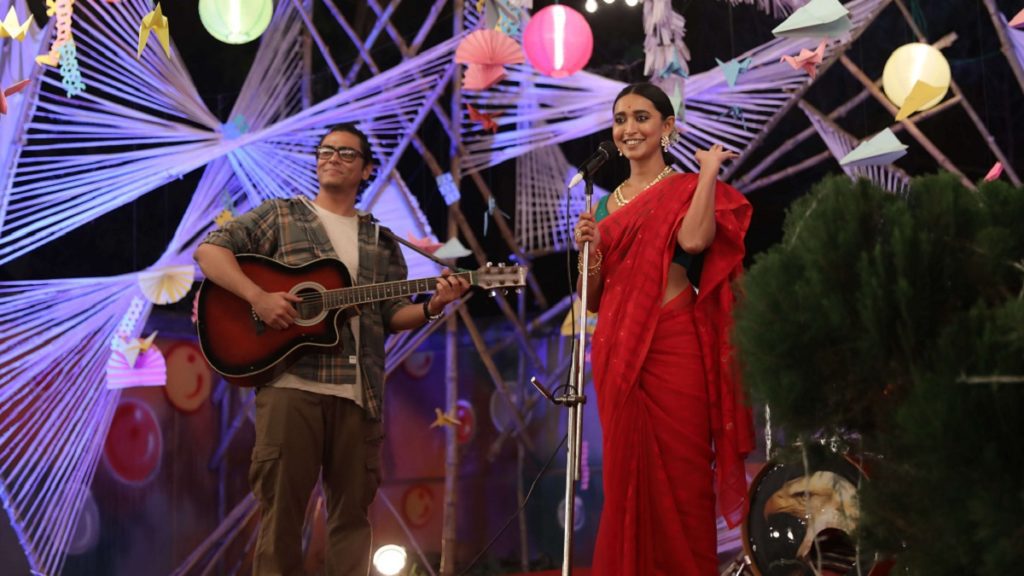 The spirit of all art is its freedom and radicalism, and the film digs into all of that. It does so with such intelligence and immersive depth of words that the fact that it’s an exposition, ceases to matter. The manipulation becomes something entirely truthful and starts running into one’s veins. This is a film as joyous as the city, and yet, it keeps the reality check on. In that, one can say that #Homecoming is one of the better friendship stories in the times when people are readily buying into crowd-pleaser mediocrity like Chhichhore.

The nostalgia overbears into the film with all its heaviness. Majumdar throws everything into the mix- same-sex relationships, reignition of an old flame, poetry recited in brooding voices, and most importantly, Durga Pujo. That doesn’t take us away from the editing issues in Bodhaditya Banerjee’s piece. Also, the cinematography by Anup Singh and Rusha Bose isn’t as rose-tinted as it should have been. For a film so grounded into reality yet far away from it, the lighting could have been cleverer.

Also, Read – Once Upon a Time in Calcutta [2021]: ‘Venice’ Review – A Nuanced and Intimate Portrait of Urban Decay and Metamorphosis

Thankfully, Majumdar makes up for it with the right casting choices. The acting is understated for the most part. Without especially bombastic character development, the actors manage to keep us invested. From Sayani Gupta’s Shri to Plabita Borthakur’s Nargis, the women manage to keep us charmed without doing much. However, the one standout performance has been delivered by Soham Majumdar. The actor breathes life into the character of Godot, a true representative of the city which is only described in an abstract form throughout.

#Homecoming might not be for everyone. It holds a special resonance for the residents of Calcutta. This is also why I was able to connect through it despite numerous flaws. However, it’s a charming film that seems to be knowing exactly what it is.

#Homecoming is now streaming on SonyLIV

[WATCH] The Spine of Night Trailer: An engrossing tale about greed