Over the past few years, Netflix has planted its stake in a less ambitious place: teen romantics. This week, we have a new entry in what now seems like an endless catalog of copy-paste films. The new Polish film, “Pod wiatr” translated to Into The Wind (2022) is an angsty portrayal of a privileged girl whose monotonous life is altered when she arrives on a family vacation. The coming of age story tells us what sort of film it’s gonna be even before the opening credits roll. On their way to the vacation, our protagonist, Ania, and her family are passed by a beat-up van full of rowdy young people, where one young man catches Ania’s eye. We see her smile as she looks away, the young man having made a Prima facie. Her life is about to be changed, we can already tell.

January-February has always been a perfect time for studios and cinemas to dump in their low-budget low-audience catering films, in the midst of an entire array of Oscar-nominated films that begin to expand across countries around the same time. Now, we don’t need to step outside our homes. That’s another way of me trying to say that I went into the film completely expecting what sort of film it was gonna be. When a guy dressed as a mascot comes to have a quick talk with Ania while she’s quietly sitting on the beach during the film’s first act, I wondered whether the entire film was gonna have that breezy light-undertone. But mind you, “Into The Wind” also wants to be an emotionally riveting drama about a young girl coping with depression. What the screenplay doesn’t convey, however, is implied through the sincerity in Sonia Mietielica’s eyes. The camera moves swiftly and intimately, playing with how we perceive someone we love; the age cinematic tool used at capturing the angsty spirit of the characters on screen. But the absurdly long sequences render the film into an unwanted slog that doesn’t justify its runtime of 108 minutes.

Ania is pushed to attend medical school in order to follow in her father’s footsteps. Soon, strolling across the beach she begins to question everything her life has been leading up to. The overwhelming sense of what growing up as a teenager could feel like is further amplified, when she falls for a hotel employee and passionate windsurfer- Michal (Jakub Sasak). If you’re trying to guess how the rest of the plot might unravel, don’t. You already know it: the young attractive guy shows her how to trust people and love life again, hence, helping her to delve into the untapped potential of what life could look like. While he alluringly teases her, Ania tries processing the loss of her mother who passed away 5 years ago; her father Andre (Marcin Perchuć) lives in fear of her falling back into the debilitating depression that once consumed her. 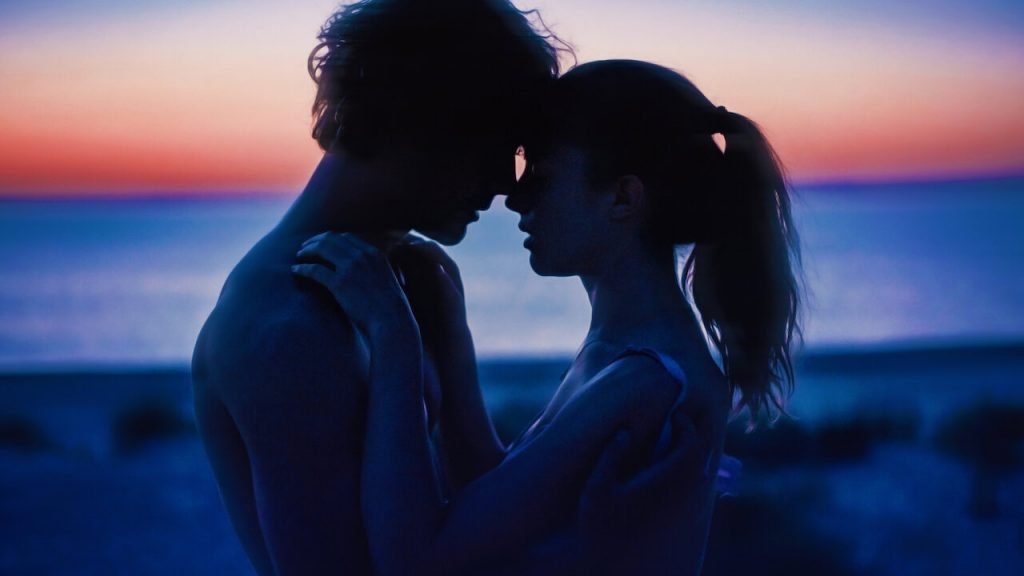 In the only nuanced and heartwarming scene of the film, we see Ania covered up in a plain hoodie open up playfully in front of her father sitting next to her. It’s the first time where her father really considers her choices and sees her come of age. In a scene later, she sits alone in a dark empty hall crying for her mother’s help. We wonder, is she back to square one? Coming on terms with her past grief, she finally plays onto the piano, something she couldn’t come to terms with earlier as it achingly reminded her of her mother.

Ania’s family’s rich friends, staying at the same hotel, keep making things difficult for her. Her stepmother and baby brother – meet up with their close friends, a couple and son, Kuba, that Ania can hardly stand to be around. They’re all as one noted as you would come to expect. Her true sense of belonging kicks in one evening when she spends time at the beach partying with Andre’s group. The next day, however, she sees him being affectionate with another girl, as the film clears off one more important theme of jealousy from its checklist. The chemistry between Sonia Mietielica and Jakub Sasak as leads of the movie provides an empty canvas for any young teenager so that they could project themselves onto the characters, and not always in a good way.

Don’t get me wrong, I don’t mind teen romantic dramas, even some of the quirky ones we often get every year. There was a time not so in the distant past when I used to binge onto Nicholas Sparks’ movie adaptations. The films lie in the comfort of light-hearted romantics that tend to be life-affirming, ideal for a date or a cool summer evening. But Into The Wind (2022) doesn’t justify its runtime and feels hobbled with a bunch of sequences that feel as if they’re taken out of some music video edit. Just like that initial conversation on the beach, the film might act as an ideal watch during a breezy summer evening with a cocktail in hand. Unfortunately, I had neither.

Movie Themes You Don't See on the Big Screens Anymore

6 Films to watch if you like Day Shift on Netflix