Home»OTT»Netflix»The Privilege [2022] Netflix Review: A Get Out-esque Teen Horror that Leaves a lot to be desired
Netflix/Reviews

The Privilege [2022] Netflix Review: A Get Out-esque Teen Horror that Leaves a lot to be desired

The new German film, ‘The Privilege (Das Privileg)’ released today on Netflix is stylized as a psychological torment fest, but it changes gears to follow a completely different narrative tangent. The turn is jarring and leans towards sensationalization, but reasonably sets it on a respectable path.

Teen movies about rich kids from affluent backgrounds are becoming a thing now. An exorbitance of ‘privilege’ is shown to influence the teens to party, engage physically with each other, and not do so much more. A ‘different’ boy/girl is saddled with a homosexual boy/girl of the opposite gender, who gets along with everyone. The former is after their crush, who gradually starts to reciprocate their attention. As it happens, though, the central conflict of the film takes shape and they are caught in it. ‘The Privilege’ works mostly on this premise. There are some interesting elements whose seed is sown but not groomed properly.

Related to The Privilege – Through My Window [2022] ‘Netflix’ Review: Another Teen Romcom That Tries Hard But in Vain

One or two are carried forward sensing a potential to carve out a franchise. But the execution is subpar and leaves a lot to be desired. It would be a little far-fetched to observe coming-of-age elements in the story but in a manner that shows distrust and not transformation. This growing youth consciousness is finding its way into similar setups. ‘Silent Night’ (2021) was one film that uncharacteristically brought the theme to life. But I doubt if this will sustain in the long run. In ‘The Prvilege’, the source of the distrust is a pill called “trychozepam”. It is hailed as a revolutionary drug by marketers, who are the protagonist’s parents, capable of doing unthinkable things. 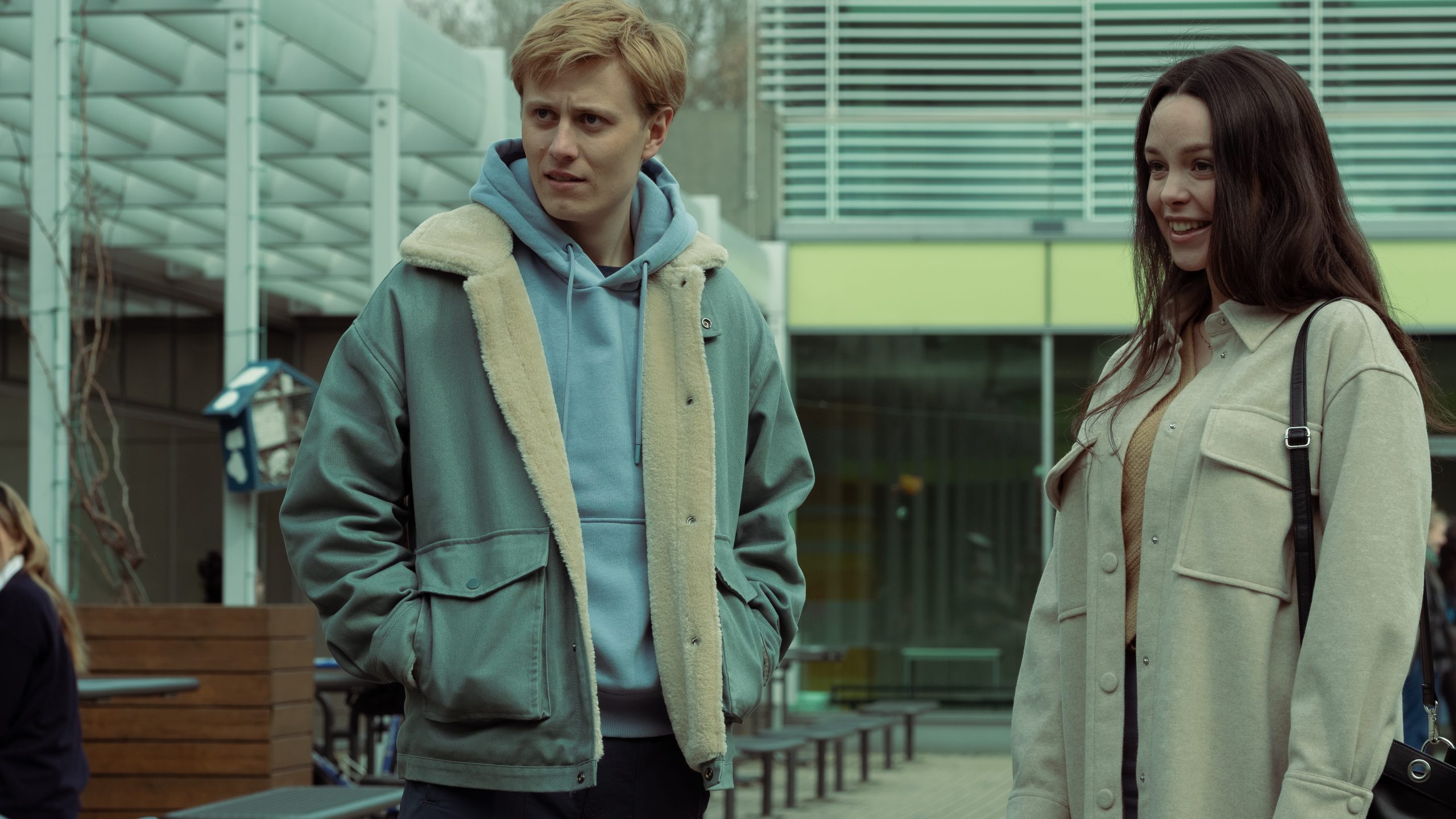 There is talk, simultaneously, of a parasitic organism that works like the virus from Netflix’s ‘All of Us are Dead’. These events are used facetiously, as it turns out in the end, having little or no connection to the end outcome. ‘The Privilege’ comes across as frustrating in this regard. Every subplot that should ideally provide structure and nuance to the storytelling instead ends up rendering the film even more directionless. I did not feel any emotional attachment with the protagonist trio, which suddenly becomes one without too much notice. Throughout, the emphasis is hardly on the third, Samira, as an essential tool in the plot. But she is thrown into pivotal action just like that.

Apparently, the rich kids can even get away with conducting a full-blown seance in their parents’ absence because they will become feedstock for them to culture parasites for their life-saving drug. It was a bit funny to see the prodigal Russian biologist thread being dumped so swiftly. Many such introductions made it difficult to engage with just one thing with complete focus and attention. Similarly, confusion brewed as to what had happened after Leander’s father reveals a shocking truth about the “privileged” to Samira and Finn. Though the revelation in itself is not enough to breathe new energy into the movie, it does make the climax, independent of the film, an interesting one. Until it actually happens.

Also, Read – Looop Lapeta [2022] Netflix Review – A lowbrow time-loop comedy that has no method to its chaos

The casual attitude with which it is executed bereft it of any class or redemption for the disappointment hitherto. The ‘Get Out’ trope kicks in way too late to make a lasting impact. And even then, it comes off as funny, which it certainly shouldn’t have. Shortcomings like these deprive the film of any tonal palette that is the lifeblood of psychological thrillers. Perhaps a steady buildup along this tangent or any other possibility that the film explores and leaves open for it to follow would have given better results. More or less, execution, cohesion, and subtlety are what ‘The Privilege’ severely lacks.

Neither is it concerned with genre trappings that more often than not see such directionless ships through, nor in innovating. The idea of what it thinks is unique is its biggest drawback. The amalgamation of these different cues from horror cinema that the filmmakers feel will help its mojo only gives way to disappointment and confusion. ‘The Privilege’ does not stand up even as a one-time watch in my opinion. It is too distant from what it really wants to be that any inputs from your side will make the experience an unpleasant one.

The Privilege (Das Privilege) is now streaming on Netflix

Service for the King (2022) Short Film Review: An Abysmally Executed Political Satire which Fails to Make a Statement

The Privilege [2022] Netflix Review: A Get Out-esque Teen Horror that Leaves a lot to be desired