Home»OTT»Netflix»Through My Window [2022] ‘Netflix’ Review: Another Teen Romcom That Tries Hard But in Vain
Netflix/OTT/Reviews/TV

Through My Window [2022] ‘Netflix’ Review: Another Teen Romcom That Tries Hard But in Vain

While the COVID pandemic has raged on for almost two years now, the world has been suffering from another epidemic for years: teen romcoms. They have mushroomed unabated, mostly following the same genetic pattern. ‘Through My Window’, on Netflix, isn’t too different either. The Spanish film tries its best to reinvent the genre trappings and break free. But the end result is not too dissimilar from everything we have seen done before.

The story is quite straightforward. A girl falls for her hot neighbour. He is distant at first, not knowing what it is to truly love someone. Gradually, he realizes that the girl has taught him how to love. Now, he can’t let go of her. His rebellious defiance of his family and a tragic accident at school convinces them to let the girl and boy be together. And then, they come together. Right from the first minute, we have a very good idea of where the ship is going. Clara Galle and Julio Peno make for a decent pairing on screen. They compliment each other well, more so physically because the film has a lot of that. And by lot, I mean a lot more than a lot.

But the emotional chemistry is also found somewhere in between when the characters try to figure each other out. The title of ‘Through My Window’ (A través de mi ventana) is taken from a novel that Raquel (Galle) is writing. It is the narration we see in the film itself, giving it a pseudo meta feel. There are, initially, elements of mystery and voyeurism that lead us to believe that it is following a ‘Disturbia’ like path. A combination of spying and stalking furthers the idea. But eventually, the mystery is completely extinguished. The formulaic approach of love-hate-hate-love is followed to strike down any chance of there being any kind of subversion of expectations. 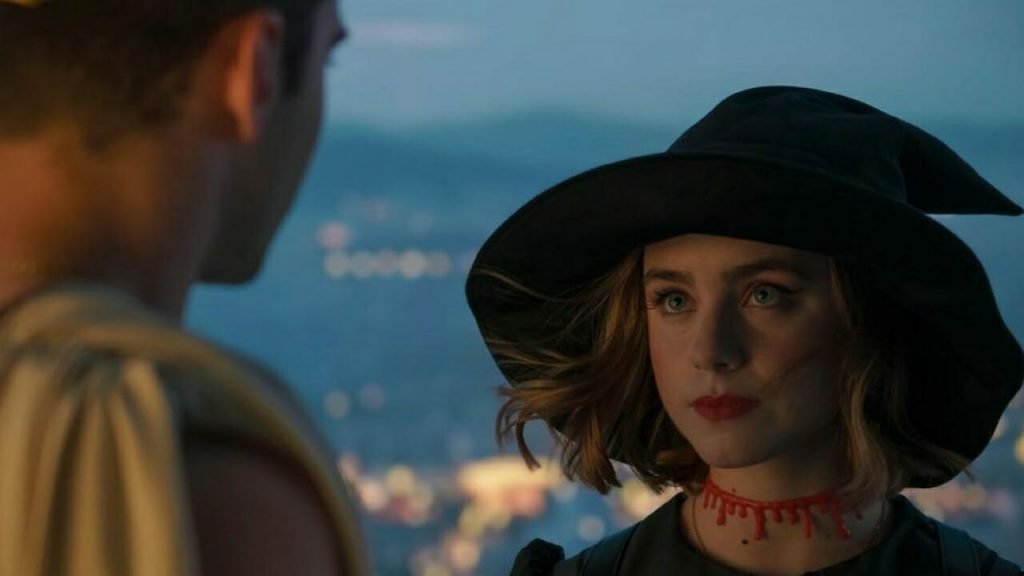 ‘Through My Window’ overwhelmingly decides to go in a singular direction, but seems confused as to how to do it. Yoshi’s presence indicates a love triangle between the three.  At times, he seems like a brooding lover of Raquel, and at others, his absent best friend. At first, he is fine with Raquel and Ares dating, and then, he suddenly realizes she deserves better. Basically, him. The pulling and pushing do not help the film’s cause. With a plot that was already too shallow, this strategy adds to the mess. Feeble attempts to revive it come in the form of Raquel’s father’s chequered past as a writer. But by the time director, Marcal Fores decides to reel him in, it is too late. The subplot has no legs, no foundation, and hence, there is no buildup possible to it.

Related to Through My Window: Looop Lapeta [2022] Netflix Review – A Lowbrow Time-loop Comedy That Has No Method To Its Chaos

When you really think hard about finding some base for ‘Through My Window’ in recent film history, ’50 Shades of Grey’ comes to mind. On further stressing memory, it turns out to be exactly the same, albeit without the involvement of the family. The former is not influenced too much by this element either, but at least it is there. It is as if Anastasia and Grey start dating from high school without the weird sex fetishes. So the film probably comes closer to this classic in terms of story and vibes. Other than ’50 Shades’, ‘Through My Window’ shares the flawed DNA of most other teen films ready to stream on Netflix. ‘He’s All That’ comes to mind. You might like this one a lot if you could tolerate the passionate bond between Raquel and Ares.

‘Through My Window’ does not leave too much to the imagination. It shows its cards way too early to let any romance, intrigue, or subtlety creep in. There is no room for something magical, as the film hopes, to happen. The hope is that the attractive leads, dressed perfectly, could rouse the young viewer and prevent them from realizing that there is nothing beneath the surface. The visuals would not let them think too much about what they feel when they see the lead characters on screen. But for a purist or anyone really with some analytical inclination, these attempts at deception become obvious too soon. The hollowness that ‘Through My Window’ celebrates might make for some a “keep your brains at home” guilty pleasure. But mostly, it frustrates and sinks us deeper with indignation about where this world is truly going.

Through My Window is now streaming on Netflix

Through My Window [2022] ‘Netflix’ Review: Another Teen Romcom That Tries Hard But in Vain