Home»Reviews»Jack Be Nimble [2022] Review: A Poorly Scripted Thriller; Even Poorer in Execution
Reviews

If you know, Jack Be Nimble is a very popular nursery rhyme. It reads – Jack Be nimble, Jack be quick, Jack jump over. I don’t know, even after watching this film with a runtime of 1 hour 20 minutes, if I can understand why a nursery rhyme should have to do anything with this film. This is certainly not a palatable film for everyone – off-putting humour, silly actions, and a strangled storyline. Directed by Steve Wollett and produced by the Furious Nerd Productions, Jack Be Nimble is a thriller gone wrong both – technically and storyline-wise.

The story is not difficult to wrap one’s head around. Right at the start of the film, to my astonishment, we are greeted with a dead body being carried away from a retirement home. Soon, we realise that the story centres around a group of tabletop gamers living in this place. They are quirky, to tell the least. From their appearances, they look like rock band members who have shrunken in funky clothes due to their age. Our protagonist, Jack, played by Vernon Wells, suffers from alcohol-induced dementia. He suspects that someone in the retirement home is murdering the residents. Soon, the audience is forcefully strapped to the bandwagon of these curious gamers and set out on an adventure to find the killer and their motive. Does the film reach a satisfactory conclusion? The plot, no matter its congruency, can’t save the day in this case.

Shot during, and despite, the pandemic, the film underlines the idea of resilience in the face of adversity too overtly for my taste. The theme of good v/s evil – the only recurring motif – populates every bit of this plot, so much sometimes that you’d have to suppress your amusement if you wish to continue watching the film. Greys don’t exist, neither in the speech nor in the actions of the gamers. For example, when Storm breaks down into tears suddenly at the gaming table and we come to know that her affectation is because of the death of someone in the house, I was both concerned and trying to keep myself from chuckling. These are old people who are living in a retirement home but I feel zero sympathies for them. The characters, then, let the film down; so does the substandard acting efforts by every actor in this film. 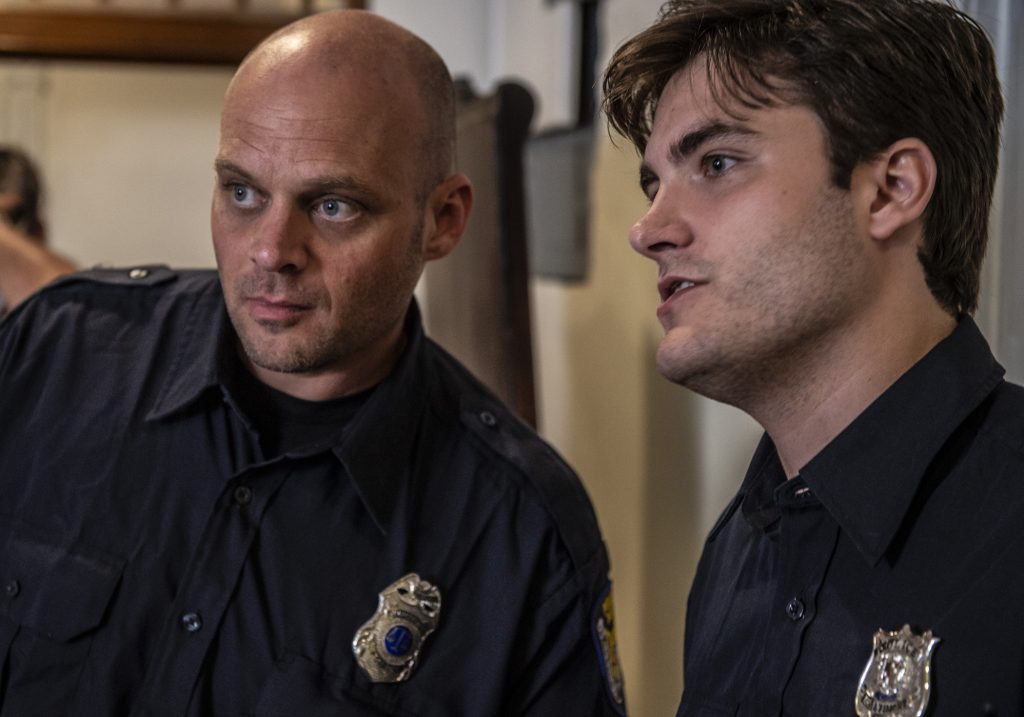 Nurse Edmond, played by Bai Lung, is the biggest disappointment, in my opinion. She is dressed like a character out of the nightclub roleplay as a nurse. She is crude in her speech and her dealings with these old people like she must be according to the plot; but the crudeness is so unidirectional in her character, that she forgets to be anything else. Her hair and make-up are misfits with her character and don’t help with the character sketch either. If only her character had been successful at convincing me either as a nurse or a demon incarnate, I could have attempted to look past it.

What gives the film away is its technical aspects. It is poorly shot, to tell the least. A few of the frames look like they are on a bumpy train ride. There is a particular scene in which Nurse Edmond is thinking about her real home and why she was banished from it. It is a scene shot in a saturated sepia tone. We meet a devil and some doting angels around him. We assume it to be hell because, at this point in the film, a lot rides on our imagination. Even if we manage to swim past the multitude of oddly captured frames, it becomes impossible to oversee the poor editing quality, and even if we manage to do that, who will save us from the VFX? From fire-lit eyeballs to a scene of strangulation cloaked under a cloud of thick smoke, it is unsuccessful in masking its budget constraints.

I am forced to believe that the film is a patchwork execution of what it aspired to be – a taut thriller. The first half of the film makes little effort to make itself clear; the second half still does its share in aligning the haywire story to the plot. It is comic, indeed. The nonsensical nature of it is tamed in the second half, but I think, by then, I was already quite accustomed to the madness on the screen. If you can see past its flaws, Jack Be Nimble will oddly entertain you, keeping you glued to the screen due to its unchallenging confidence. They just have fun, but I can’t guarantee if you will, in case you choose to watch this. Jack Be Nimble is scheduled to have its World Premiere in April 2022 and has been entered into Fantasia, Tribeca, as well as several other festivals.