Jack Ryan (Season 3): ‘Tom Clancy’s Jack Ryan’, more popularly known as ‘Jack Ryan’ is returning with a third season after a long gap of three years. This political action thriller series aired its last season during the pre-pandemic times of 2019. Created by Carlton Cuse of the ‘Lost’ series fame and Graham Roland, this Amazon Prime Video’s original series is an adaptation of Tom Clancy’s best-selling books focussing on the character Jack Ryan and other characters of the ‘Ryanverse’.

Jack Ryan has been a fan-favorite character and has been essayed on the screen by several famous actors like Harrison Ford, Ben Affleck, Alec Baldwin, and most recently Chris Pine who starred in Jack Ryan: Shadow Recruit (2014).  The television series premiered in 2018 starring John Krasinski in the titular character of Jack Ryan and gained instant popularity for its thrilling subject, adrenaline-pumping action sequences, and brilliant production values. 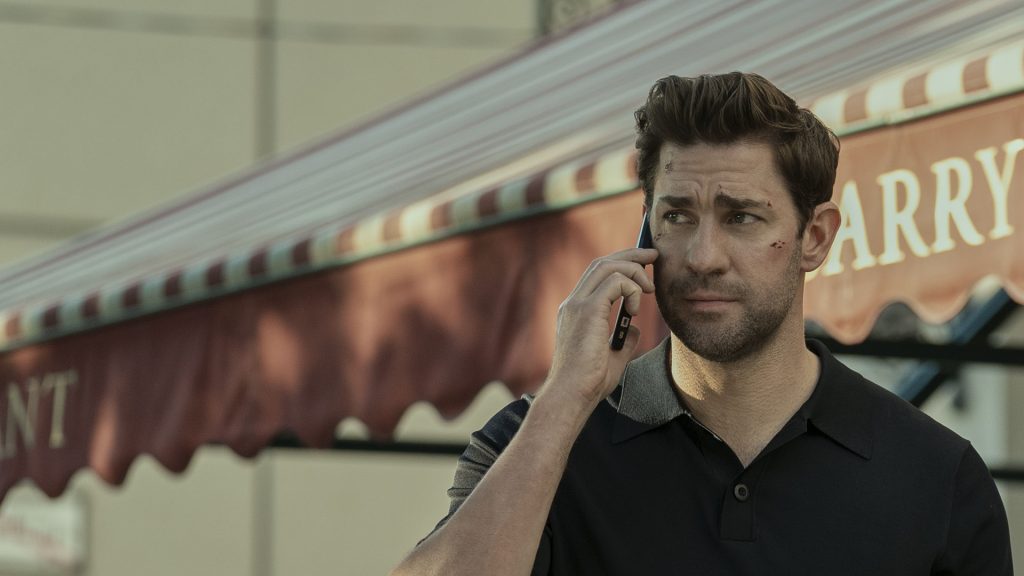 The series was renewed for a third season in February of 2019 and as good news to the fans, Amazon renewed the series for a fourth season ahead of Season 3 release in December.

Where Were We Last?

The second season follows CIA analyst turned spy Jack Ryan heading to South America for investigation, after tracking a suspicious shipment in the Venezuelan jungle. The season showed Jack Ryan navigating some tense adventures in Venezuela involving the President of Venezuela that led him on an action-packed mission covering multiple nations around the world. The thrill-filled season ended with violent protests raging outside the Presidential Palace in Venezuela following the culmination of elections and Jack facing tough decisions that will determine his future.

The Season will follow Jack Ryan in the aftermath of the Venezuelan elections. The season will follow John on new and thrilling escapades involving a nuclear threat, powerful nations, and the possibility of another World War looming large. The show will also concern Jack Ryan trying to make a difficult choice while he is on the run from the CIA.  The official synopsis on Amazon Prime Video reads as “In Season 3 of Tom Clancy’s Jack Ryan, Jack races against time and across Europe to stop a rogue faction within the Russian government from restoring the Soviet Empire and starting World War III.”

John Krasinki is returning to the titular role of Dr. Jack Ryan, a U.S. Marine Veteran and financial analyst working for the CIA, later promoted as the head of the Terror Finance and Arms Division (T-FAD), and is currently working at Capitol Hill. Wendell Pierce returns as James Greer, Ryan’s boss at T-FAD who is stationed in Venezuela at request.

Michael Kelly will be back as Mike November, a CIA Station Chief in Venezuela who helped Ryan and Greer in their last mission in Venezuela. While many of the previous cast members do not reappear in this season, many new characters will be introduced. James Cosmo is cast as Luca, Peter Guinness as Petr, Nina Hoss joins in the role of Alena, and Alexei Mavelov is cast as Alexei.

The character of Elizabeth Wright, Chief of Station, has been recast; Betty Gabriel will now essay the role previously played by Marianne Jean-Baptiste. Michael Peña will be guest starring as a newly introduced character Domingo “Ding” Chavez, he will be promoted to the main cast in Season 4.

This Season of the popular Prime Video series will have eight episodes like the previous season. Prime video shared the titles for the episodes leaving audiences speculating as to what the eagerly awaited third season has in store

Release Date and Where To Stream ‘Jack Ryan: Season 3’?

Prime Video shared the trailer for the latest season of the much-awaited John Krasinki starrer Jack Ryan on its official YouTube channel on 27th October 2022. The high-tension and action-packed trailer show Jack Ryan on the run with the CIA chasing him. The trailer teases a high-stakes nuclear threat with the Russians being involved and Jack having to make decisions from where there is no coming back to save a lot of people from dying. The trailer promises explosive and thrilling adventures ahead, watch the trailer for Season 3 here:

Related: Everything Coming to Amazon Prime Video in December 2022 Including Jack Ryan (Season 3)

Everything Coming To Amazon Prime Video In December 2022