Ami Canaan Mann’s “Jackie & Ryan” is a musical drama that makes you believe the little philosophies of life. What if everything in life can be decided by asking yourself two simple questions. Consider life to be a long journey which you are traveling through and just ask yourself: What should be my next move, my next stop? And once you get the answer to that, just take everything that you think is needed and work on a tactic to reach there.

Yes, this stars Miss. Heigl who doesn’t frown when she is called upon to face the ugly truth. Things are very different here. She does not need 27 dresses or a long over-stretched get-the-boy-to-fall-for-you-cliché because this isn’t fantasy island and this isn’t something utterly stupid served in the name of ‘mindless romantic-comedies.’ 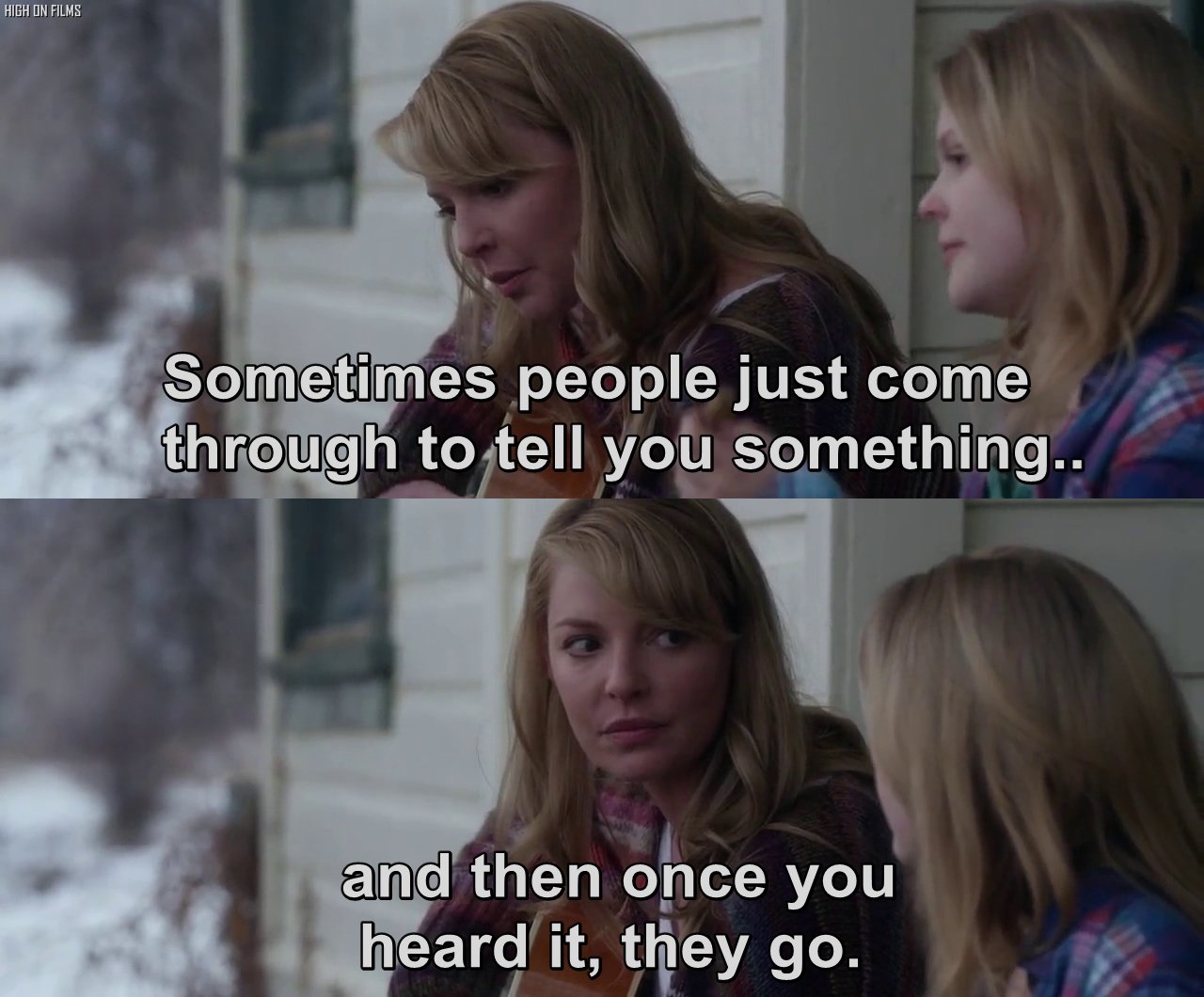 I know that the title sounds as generic as it can be. But when you see  Ben Barnes hopping trains in order to get to a place where music should get him places, you understand that this is not your usual Katherine Heigl film. The music is not hippy, nor does it make you dance. It’s old-fashioned, deeply melancholic, and satisfying country music.  Heigl plays Jackie, an ex-celebrity pop-star. She does not have health insurance and is battling the odds in order to get custody of her daughter. Ben Barnes, on the other hand, plays Ryan who is a struggling musician, a traveler, and is mostly homeless. When he isn’t homeless, he usually crashing on people’s couch when he helps them out in parking lots as they have just met with an accident.

Jackie & Ryan is not a great film, it does falter on quite a few notes. The screenplay is deliberately slow-paced which doesn’t always work in its favor. While Ben Barnes manages to shine in every single scene, I wouldn’t say the same for Heigl. There are times in the film that remind you of what she is known for. The cheesiness is stuck so hard on her face that even when she tries hard, it clearly comes out wrong. But then again, they are moments of complete serenity when you see people talking over the beautiful landscape of Utah. As the snow falls and the guitars start rattling, you go with the flow.

There’s a scene in the film where a woman points out how great Jackie was in her life as a pop-star. She nudges her compliment and replies that everything she sang was pointless. I somehow felt it is an irony on Heigl’s career. Where she is saying that everything she had done before this film was completely pointless.

Jackie & Ryan is not profound like Once or Begin Again but it never over-manipulates you or takes advantage of the premise in any way. It’s pretty much like the black coffee in a diner which can be poured out just in the right amount. It’s sad but never tragic, it’s about a struggle but never beats your head with everything wrong in the world. Also, while you go through the film you expect a cheap-sentimental ending but Mann doesn’t give you one.

Jackie & Ryan is not a must-see. It’s about a pair of struggling people trying hard to make everything alright. But it takes all the right turns sliding away from the clichés like the snow on a Utah highway.