Home»OTT»Netflix»Love Me Instead [2021] ‘Netflix’ Review: A superficial Social drama that tides on a Wafer-thin plot
Netflix/Reviews

Love Me Instead [2021] ‘Netflix’ Review: A superficial Social drama that tides on a Wafer-thin plot

The heart-warming and emotionally charged relationship between the father-daughter duo is a recurring thematic element witnessed in Turkish television series and popular films. Turkish director Mehmet Ada Oztekin who made a name for himself with his highest-grossing blockbuster Miracle in Cell No. 7 (2019), sits again in the director’s chair of Love Me Instead (Beni Çok Sev). Originally titled Beni Çok Sev, the film merges the genres of family drama and crime drama to tell the simple story of a father who waited earnestly for a bittersweet reunion with his daughter, but on realizing the tragic truth of her demise resolves to avenge his daughter. It also functions as a social drama as it addresses the prevalence of illicit drug cartels and the illegal world of dealings with drugs, money and prostitution.

What Oztekin achieved in Miracle in Cell No. 7 is clearly not repeated this time. Love Me Instead is a slow-paced character drama with a wafer-thin plot that is predictable at every step of the way. It lacks a constructive and gripping narrative and strives hard to appeal to the emotions of the audience. It was overlong with a runtime that exceeds two hours. It stretches like an elastic membrane with shallow and superficial elements lacking depth in screenplay and character definition. It is apparently disconnected in its structure as it shifts back and forth between past and present.

The film commences in a police interview room where Sedat Yucel (Ercan Kesal), who served as the correctional officer at Konyo Penitentiary for 29 years, is seated in front of a camera as two interviewing officers (Ushan Çakir, Dogukan Polat) shoot questions at him as part of an investigation launched by the Ministry of Justice. He is being interrogated regarding an incident that happened when Sedat escorted a prisoner Musa Solak (Sarp Akkaya) to his hometown for a day to reconnect with his daughter and make amends for his long absence. The findings of the interview might result in Sedat getting prosecuted and might even get discharged and lose the right to a pension along with all the rights obtained during his service. Sedat’s extreme nervousness and acute pressure are visible in his feature as he starts to recount the ominous events to fill in the backstory. 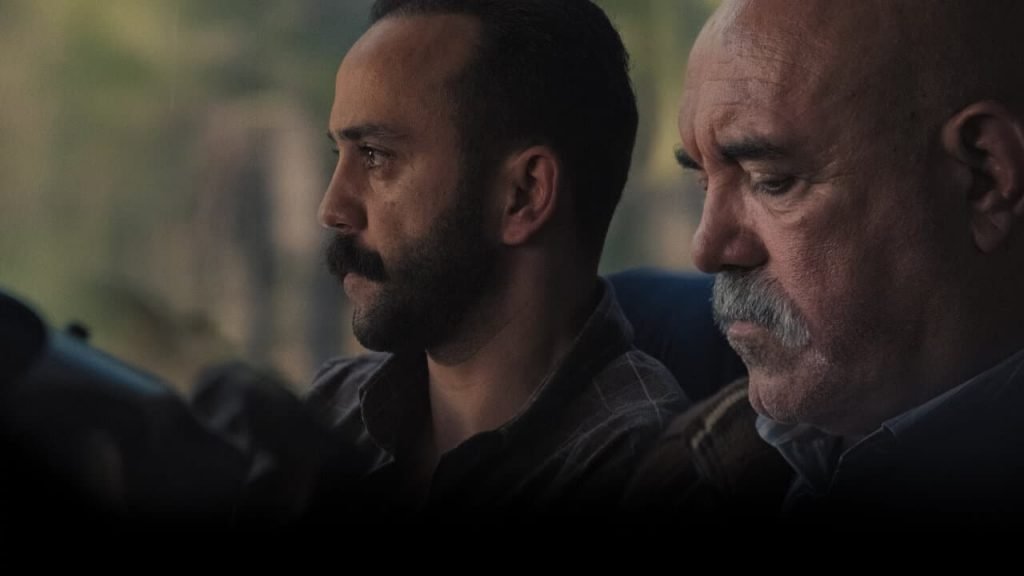 Revealed in flashbacks in episodic structure, we witness the central protagonist Musa who served 14 years in prison preparing to visit his daughter when he is out on parole for a day. He is asking one of the inmates about the new apps his teen daughter might be interested in, rehearses the introduction in front of the restroom mirror, and carries a recent photograph sent by Nuriye (Songül Öden), his childhood friend and sweetheart for whom he was convicted for killing her assault.

Under the supervision of Sedat, Musa reaches home and meets his mother afflicted with Alzheimer’s who doesn’t recognise him, the woman he loves Nuriye, and his estranged schoolgoing daughter Yonca (Aleyna Özgeçen). Reconnecting with his daughter seemed difficult at first but Yonca warms up to him when he apologizes for his actions, goes for an adventure night to introduce him to her friend, buys her ice cream from a patisserie, and share his childhood exploits with Nuriye. He also promises her that they were going to be together when he gets released soon.

Musa’s happiness is short-lived when his mother comes to him at the brisk dawn and reveals the painful truths that will deeply wound him under the gloomy sky. His mother’s disclosure makes him realise that the girl who is introduced as Yonca is not his real daughter and his daughter was killed. The rest of the story revolves around Musa’s attempt to find what happened to his daughter and to avenge her. The dilemma of whether to seek revenge for his daughter’s death or to return to prison with Sedat to live a peaceful future with Nuriye, Musa chooses the former. He is determined to put an end to the ghosts of his past and chase away the demons and evils that snatched his daughter.

The film not only addresses the father’s vengeance over the death of his daughter but also delves into the one-dimensional and perfunctory world of drug trafficking and cartels that serves as a hotbed for junkies forced into drug dealing and prostitution. The young girls and young boys who have fallen prey to addiction are taken advantage of by forcing them to work as drug runners and dealers. A distressing scene from the film is when Musa’s daughter Yonca stands by a pole to deal drugs and is later found lying on the back with bloody wounds and marks on her skin indicative of the assault and violence she had to endure. The camera captures her from every corner and shifts to an overhead shot while the people look at her from afar refusing to check on her unconscious state.

The film explores the father-daughter dyadic through two relationships, between Musa and Yonca and Sedat and his daughter Elif. Musa, who was alienated from his daughter because of his wife, longs to see his daughter dote on her and atone for his actions. He promises a better and propitious future and is hopeful and enthusiastic about their life together. But on realising how his real daughter suffered brutality and sexual violence, he channels his anger at the unjust world where people were indifferent and apathetic which resulted in the dreadful predicament that took her life. The interactions with Kayla, the teenager whom Nuriye exhibited as his daughter, is a testimony of the yearning of a father to make things right for a fresh life without the tauntings of the past. The interaction between Sedat and Elif is observed through the phone conversations and the revelations of Sedat. Sedat who went above and beyond for his only daughter to secure her happiness is plagued by the idea that Elif is ashamed of her parents. When she fell in love with a rich man, their relationship becomes strained to the extent of neglecting her parents.

The narrative puts across every new piece of information through Sedat’s telling and by showing what transpired during the one day Musa returned home. Sedat as the companion of Musa becomes an accomplice in his spree for retributive justice as he relates and identifies with the emotion of a father. It also addresses how people slip into criminal behaviour when they witness injustices of grave nature in a chaos ridden society. The gender dynamic of women as vulnerable beings who are hunted sexually is exposed signalling the gender inequality and oppression embedded in the patriarchal Turkish society.

The cast put on a decent performance, given the limited scope, their characters are allowed. Musa portrays a loving father who failed his daughter when he gets convicted but he also wouldn’t hesitate to take the law into his hands for defending his loved ones. Sedat depicts a permissive and indulgent father who goes to the extreme to secure the happiness of his daughter but, at the same time, is regretful of the decisions of life. Kayla who acted as Musa’s daughter is a young girl trapped in the pitfalls of prostitution who identifies a paternal figure in Musa who can hopefully rescue her.

Also, Read: 10 Films to watch if you Like Afterlife of the Party on Netflix

Even though the film flounders for its flimsy and cursory exploration of the plot points and characters, it can boast of its visually striking cinematography that captured the beautiful landscapes and streets of Antalya. Love me instead leaves some ambiguities about the past life of Musa, and his connection with the drug trade is not transparent. The moral outrage at the end is far-fetched and unconvincing, even if it amounts to the destruction of the perpetrators who thrive on innocent lives. In a nutshell, it is the story of a father’s journey to revenge and redemption in an environment of guilt, grief, and remorse.

Love me Instead on Netflix

The Power of the Dog [2021] Review : Jane Campion returns to shake up the Western genre in one of the best films of the year

Anju Devadas is a researcher pursuing PhD in English at Mar Ivanios College, University of Kerala. She is an unapologetic feminist and vocal critic of sexism, patriarchy, and injustices against women. Her main areas of interest include feminist theory, film studies, gender studies, and psychoanalytical theory. She is fascinated by the world of cinema and the female gaze in contemporary cinema. She is an art enthusiast and enjoys reading, writing, and exploring newer areas of knowledge.

Love Me Instead [2021] ‘Netflix’ Review: A superficial Social drama that tides on a Wafer-thin plot