Marionette (2020) Movie Ending Explained: Over the last two decades the horror genre has been explored extensively by filmmakers all over the world. Once looked down as a genre more about spooky entertainment and less about artistic expression, the genre has not only gained much respect from cinema enthusiasts, it has branched into many subgenres as well.

Now, not every exploration in this genre has yielded gold. There are actually a lot of horror movies where the idea (often in plural) is pretty exciting but the ultimate product turns out to be muddled and not rewarding. Elbert Van Strien’s psychological horror Marionette (2020, a.k.a Repression) is a prime example of that. While the themes of this film are actually pretty interesting and it actually has a lot of things to ponder over, it is in no way something that can be called a good film.

Marionette starts with chilling visuals of a man burning himself in fire and presumably dying.

Enter child psychiatrist Marianne Winter, who moves to Scotland to take a job at an institute led by Dr. Mandelbaum (an always dependable Bill Paterson). She is there to fill the position left vacant by Dr. McVitte (played by veteran Scottish actor Peter Mullan), most probably the man who was shown in the beginning (even though the movie doesn’t reveal that right away).

The word is Dr. McVitte went insane thanks to his obsession with a patient, who happens to be a ten-year-old boy Manny (child actor Elijah Wood has done a pretty good job here). However, Dr. Mandelbaum and the other staff of the institute seem to be somewhat jittery about their former colleague and appear to be hiding something.

Marianne develops an instant curiosity and an interest in Manny when she discovers some drawings of Manny which are apparently predicting future accidents. Her curiosity peaks when the parent of another patient dies in a freaky car accident which Manny has drawn only a few days ago.

Why did Marianne move to Scotland?

Marianne has her own trauma troubling her as well. It is eventually revealed that she is here because her husband Josh (Sam Hazeldine) has died in a car accident (which she survived) in the US and she could not cope there and needed a change to deal with her grief.

She soon meets a local man named Kieran (Emun Elliott) who appears to be sympathetic and also quite charming and starts a relationship with him. 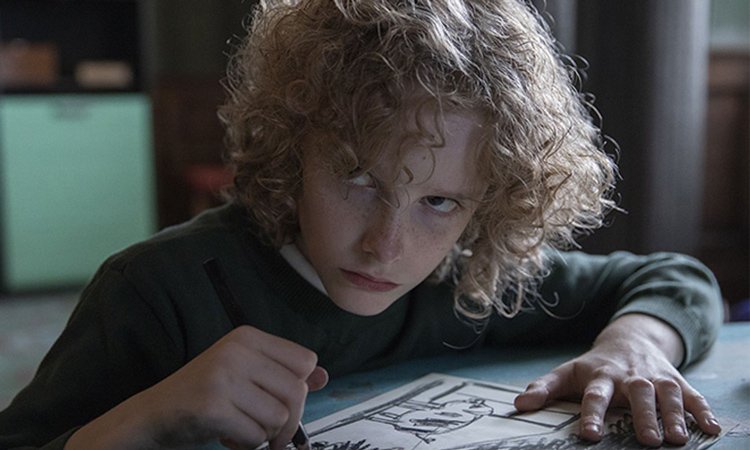 Why did Marianne find a gun in her drawer?

At one certain point in the movie, Manny tells Marianne that there is a gun in her drawer. Marianne does not believe him at first but later she finds out there is indeed a gun in her drawer. She is skeptical at first because it is really hard for a child to get hold of a gun and put that in the drawer and keeps investigating and enquiring about logical means but eventually fails to find any.

Much later in the movie, in a very distressing moment where she storms into Manny’s house and literally starts screaming at him and scaring Manny’s foster mother, Manny explains to her that she found the gun because she looked into the drawer. He also implies that the future from his drawings is not something he plans or wishes for, but it comes true because of the choice of an individual as the existence of the gun came true only because Marianne decided to look at the drawer.

What happened to Dr. McVitte?

Earlier in the movie, Marianne receives a strange phone call from someone asking her to kill him (Manny) before he controls her. Dr. Mandelbaum eventually tells her that it is actually Dr. McVitte calling from the asylum and Marianne should not take it seriously. However, things were not as simple as that as McVitte also happens to be a victim of Manny’s future predicting drawings as well as his own choice which drove him to the point of insanity and attempting to take his own life and subsequently freeing himself from the child’s control.

Marianne later visits him in the asylum where he explains all these to her and every day jumps off the window and dies.

How did Marianne cause Kieran’s accident?

Kieran also becomes a victim of Marianne’s own choice in writing the future. The movie earlier introduces Kieran’s boat (as a storytelling tool, understandably) where he takes Marianne out and they have a good time.

Later, Marianne finds a drawing by Manny where Kieran is drowning. She fanatically goes to look for him and unties the boat at the harbor while Kieran was sleeping in it, which she didn’t know. Kieran does not die though as he gets rescued by the local people.

However, this drives Marianne crazy and she kidnaps Manny and takes him to a warehouse with police on her tail. Then she shoots Manny and shots herself.

How was Josh alive again? 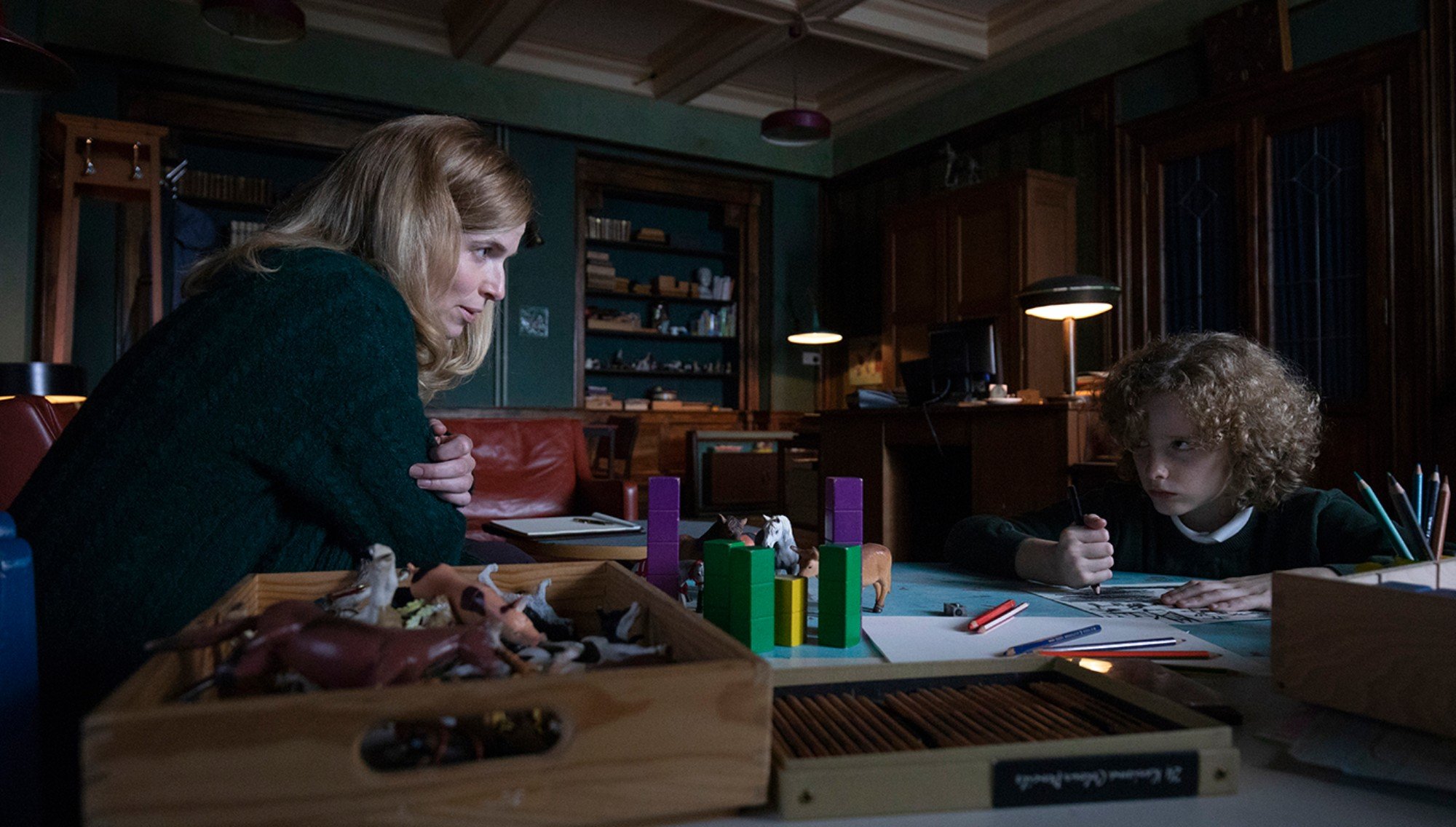 Right after shooting herself Marianne wakes up in a hospital bed and finds out her husband is alive, and she suffered only minor injuries from the accident which was shown responsible for Josh’s death earlier in the movie. This clever twist made everything that was shown before a dream of Marianne which she barely remembers.

The movie could have just ended there which would have been a good decision actually but unfortunately, the director possibly got greedy and decided to play with the idea of reality and dream further which in the end became the downfall of a promising movie.

With her husband being alive and everything, we see Marianne’s life is actually okay but then she keeps remembering things from her dream (or the alternative reality where Josh is dead) and starts obsessing over it.

Eventually, she remembers everything and calls Kieran (remembering his number) and upon recognizing his voice she decides to go to Scotland again. Upon visiting Scotland, she finds Dr. McVitte alive and well in the institute and no one recognizes her.

Despite everyone’s request to drop this quest of her which eventually leads to nowhere, she ends up in the same warehouse with Manny again where it is revealed that Manny is actually an interpretation of God himself and he was actually testing Marianne where she has failed as she tried to rewrite things again by looking into it.

But this was not it, unfortunately. Marianne shoots herself again and this time finds herself in an imaginary place with a therapist where it is finally revealed that Manny is the real person and Marianne happens to be a fragment of his imagination. That also hints at the fact that God’s mind is the mind of a frightened ten-year-old.

While this actually sounds very ambitious on paper, the execution of it is sadly very amateurish and this final twist actually harms the film and completely ruins all the good work it has done before. It also feels like a very different film (from the point it started) in a bad way.

Marionette, in the end, is a very ambitious effort that sadly does not work and should be avoided. But if you still watch it and scratch your head, then this is for you.

Read More: Everything Coming to Shudder in August 2022

Where to watch Marionette

Nightcrawler (2014): The Unveiling of 'Behind the Scene Deception of the Media