Mayfair Witches (Season 1) Episode 3: You know a show is doing absolute justice to its source material when it makes you want to read the literature it has been adapted from. If Mayfair Witches can be this intoxicating on-screen, can you imagine how amazing the reading experience will be? Props to the entire team behind the fascinating gothic drama and, of course, to the wonderful Alexandra Daddario, who has finally found a worthy outlet to showcase just how incredible she is. Episode 3 of the witchy affair is a gorgeous fever dream for the lucky audience to marvel at.

Director Axelle Carolyn has brought in the entirety of her gothic creativity from working as a horror reporter, not to mention her experience of working in horror gems such as The Haunting Of Bly Manor and American Horror Story. Rowan is likely to impact the genre as one of the most enchanting witch heroines ever to have blessed us with her existence.

We are taken back to 1600 Scotland to meet again the healer clan that Rowan Mayfair is most likely the successor to. A shattered Suzzane tried her best to comfort Aoife, a woman whose gut had been punctured by a boar. Suzanne knows that Aoife is beyond saving. However, her healer instincts make it difficult for Suzanne to give her the herbs that will allow her to have a peaceful death. But she does so anyway when her disbelief of heaven and hell is reassured by Aoife, who believes that after death, she will be one with her mother and grandmother. 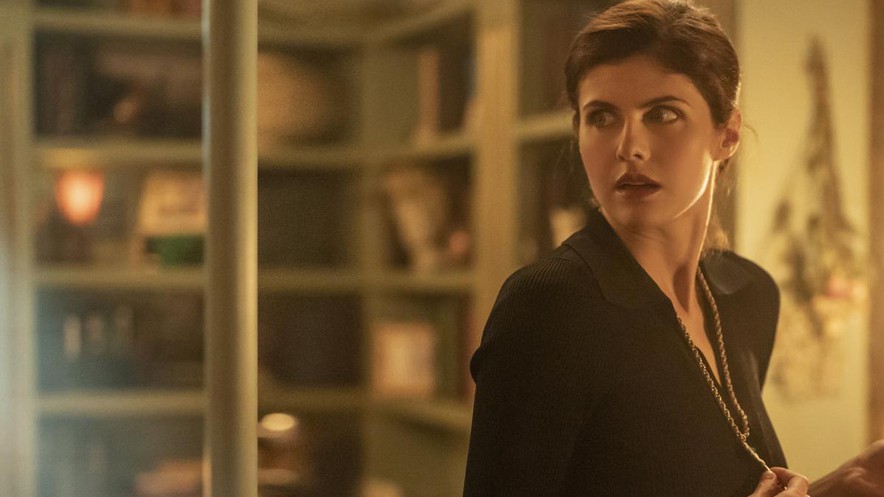 Taken straight to another dead mother and traumatized daughter of the Mayfair dynasty, we find Rowan completely shaken to her core with dead Deirdre by her side. She is not entirely present within herself when her great aunt Carlotta makes herself known to her. Carlotta tries vainly to convince her to come to the Mayfair house with the promise of protection. Through the glass door, devastated Rowan sees the one person she can somewhat trust in her convoluted state of grief and confusion. She runs to Ciprien and is taken to his house, which is guarded against any danger that may befall the “unexplained” people that his agency Talamasca has sworn to protect.

A doctor who has spent most of her life believing solely in the world of science finds it extremely difficult to comprehend everything Ciprien tells her. How is a woman of science expected to believe that a threatening supernature being, Lasher, has tied himself to the family that happens to be a clan of witches? But Rowan isn’t rigid in any sense. Moreover, she has seen far too much of the inexplicable in her life to be wary of believers. When Ciprien leaves to inspect the elevator, Rowan visits his pregnant sister, who is starting her life as a surrogate. A sudden fire in the building compels them both to rush out, and Rowan takes that as an opportunity to take a stroll on First Street and see the Mayfair house.

In the house, Carlotta and her sister grieve the death of their niece to the best of their abilities. They wonder if holding a wake for Deirdre may bring Rowan into their vicinity. We are familiar with the extent of cruelty Carlotta is capable of while keeping Lasher away from her family. As she now means to bind Lasher to someone else in order to save Rowan, Carlotta finds the perfect victim in Deirdre’s nurse Delphine. Unsuspecting, Delphine ends up being drugged with a drink, made to wear the necklace that Lasher is attached to, and thrown down the basement to be locked in forever.

Meanwhile, Ciprien is impersonating an insurance agent to access the elevator and is stunned to realize that any memory he means to retrieve has been wiped clean. He does, however, figure out that a man has entered the elevator with Deirdre. Finding nothing substantial from the hotel makes Ciprien visit the morgue and touch Deirdre’s corpse to access her memories. All he finds in the lifeless remains of the unfortunate mother is the agony she felt when her daughter was taken from her.

At this point, we are certain that Lasher wasn’t behind Deirdre’s death. Channeling his grief through violent anger, Lasher ambushes Cortland. Cortland tries to save his own neck by distracting Lasher to get his hand on the 13th witch, Rowan. While we can’t wait to find the significance of Rowan in Lasher’s plan and even to know his plan, we also can’t help being charmed by the style of temptation he has chosen for luring Rowan.

Is Rowan likely to fall into Lasher’s trap?

Mayfair Witches observes and celebrates respectfully the fascinating tradition of a funeral second line or a jazz funeral that is mostly seen in the Black community of New Orleans. On her way to the Mayfair house, Rowan runs into a procession of mourners dancing, singing, and honoring the new path that is to be walked on by the deceased. As a person who has had more visitations from death than anything else, it is no surprise that Rowan is drawn to the celebratory wake. She meets a strange woman who provides a cryptic, hopeful understanding of the afterlife. We realize that the woman is Lasher himself, trying to get inside her head by making her drink a potion that may as well be mystical.

Under the potion’s influence and lost in the blurry haze of the procession around her, Rowan finds Lasher’s charms too seductive to deny. He is already in her head as we see her answering questions he didn’t even have to ask. Stringing her with irresistible affection and the thrilling danger that Rowan secretly craves, Lasher leads her to a place that looks like the Mayfair house but is his supernatural design. There she meets Deirdre, elated to meet her daughter in the realm where the living and the dead collide. When Deirdre prompts her to welcome Lasher into her mind, Rowan realizes it is him, pretending to be Deirdre to manipulate her.

After rejecting Lasher once again, Rowan founds herself to be waking up on the side of the road. By the time she returns to Ciprien’s place, he has already discovered that Lasher went pyro to get Rowan to go out. Sitting in the safe house with the only person she can trust, Rowan feels that the only way she will be able to control her abilities and keep Lasher away is if she understands her own potent psyche. And for that, she needs Ciprien’s help.

Whether it’s her gut feeling or the turn of events that make her open up to Ciprien, she truly believes that no harm will come from him. As they join hands and allow Ciprien to take a look into her mind, we see Rowan’s walls of defense breaking down for the first time. It isn’t easy for even an all-powerful supernatural being to sneak into Rowan’s heavily guarded consciousness. If Lasher could not make her vulnerable using Deirdre’s image as a device of emotional manipulation, Rowan is not one to let Lasher in as easily as he expected.

Where The Road Leads (2023): 'Slamdance' Review - An Ouroboros of Thwarted Hopes and Desires