The first thing you’d notice when you watch a Vasan Bala film is just how loaded it is with pop-culture subtext. Being only 2 films old (with the unreleased ‘Peddlers’ as his yet-seen debut), Bala is someone who has been in the industry for decades now. His previous film – the unique and stylish, but overall manufactured ‘Mard Ko Dard Nahi Hota’ had me on the ropes with its over-reliance on self-reflective shenanigans. It was a fast-moving spectacle that used its campy inclinations to the extreme and threw everything on the wall to see what sticks. Sadly, ‘Monica, O My Darling’ is much of the same – a neo-noir that uses its quirkiness to shadow the way it is bound together. In that sense, it is like an inflated balloon that somehow gets pricked a little short of its messy third act and never truly manages to use its masterful second act to the best of its abilities.

Rajkumar Rao stars as Jayant Arkhedkar – a robotic expert who is the star of Unicorn Group. The film opens with Jayant finding a place on the Board of Directors of the company, with many other suitors right on the cusp of getting their due. From the offset (the prologue to be taken as an example) the film establishes ‘jealousy’ as one of the important aspects of the narrative. ‘Luck’ works as a subsidiary because, in spite of his very standard background, Jayant seems to have achieved a place of stature in the company and in life. This unwarranted progress has lifted Jayant’s career off the grounds, but with that comes trouble too. The trouble arrives soon when we are made aware of Jayant’s grey character. He is in a sort of forced relationship with Nikki Adhikari (Akansha Ranjan Kapoor) – the daughter of the head of Unicorn Group while cheating on her with the office secretary Monica (Huma Quereshi).

This facade that he is portraying comes right off when Monica declares that she is pregnant and Jayant is the father of her to-be child. She is not blackmailing him as she is a clog in the capitalistic cycle of exploitation; a strong-headed woman who wants to reverse the dynamic. She is looking for constant alimony from Jayant who now emerges as an insecure fellow not wanting to lose the success because he accidentally got into a fucked up situation and the ball hasn’t even started rolling for him yet. The plot thickens when he learns more about Monica – involving more players in this game of deceit. Nishi (Sikander Kher) – the elder son of Unicorn group’s owner and Arvind (Bagavathi Perumal) – the head of the accounts department also find them getting involved in a messed up situation that is about to unfurl like a pack of cards. 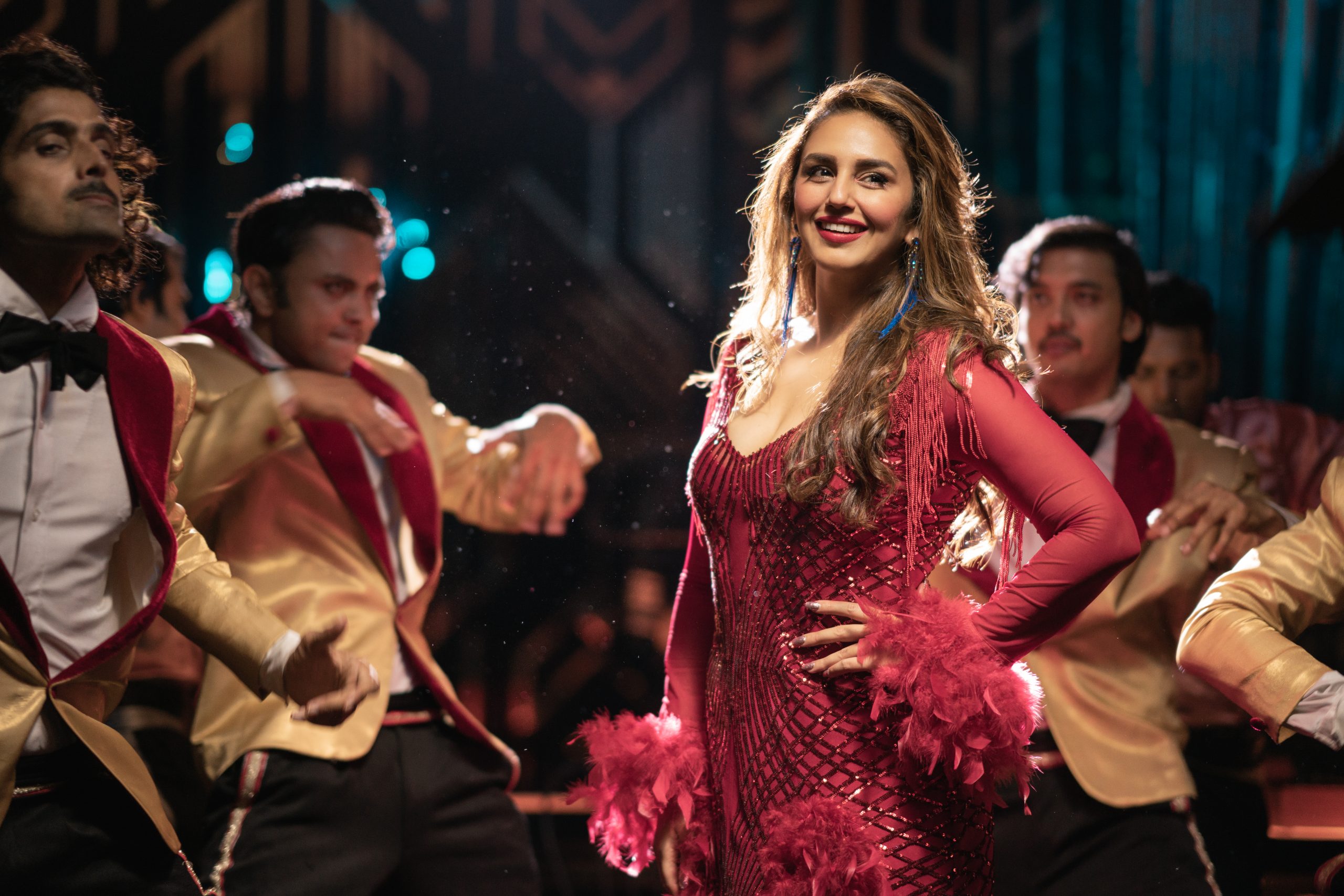 Monica, O My Darling borrows its title from the popular song from the 1971 film ‘Caravan.’ The film, which among many other things is a direct throwback to the late 70s & 80s; especially the era of the Disco making its entry into Bollywood, is always eager to show up its pop-culture heady turns to you. From casual references to Hitchcock with ‘Bates Motel’ causally appearing in a sequence to the Psycho theme, this is a true Neo-Noir from the get-go. If the gray characters and their motives are not enough, Bala makes sure that he leads you on with a Johnny-good-time; a clip from Sriram Raghavan’s 2007 film plays in the background. Then there are cameos from Abhimanyu Dasani & Radhika Madan, where the latter literally stars as Supri (her character from Bala’s ‘Mard ko Dard Nahi Hota’); almost winking at the possibility of the manic energy of both the films coinciding in a VBCU (Vasan Bala Cinematic Universe).

All that aside, ‘Monica, O My Darling’ is a movie that actually works in parts. When the initial odd setup washes away, the movie turns the mystery over its head. Death is of course an important part of the game, but since Bala makes the game more about ‘who is killed’ or ‘who is going to be killed’ instead of ‘who is the killer,’ the second act turns into a hilarious whirlwind of commotion. The film thus becomes more about ‘hiding the secret’ instead of ‘uncovering the secret’ with Radhika Apte’s brilliant turn as the wise-cracking cop really amping up the thrills. The downfall of the film starts when the poison of the third act wrecks the flow.

Bala loses control of his proceedings and even though he keeps his self-reflective jargon of not forcing one’s hand onto a flawed story right there, the film dips into a slurry where characters start existing in a vacuum created by their own wrong-doings. While it doesn’t really hamper either the pace of the screenplay or the surprises to be had, the dynamic a viewer has with the people in his world starts to lose its grip until everything just becomes like a long series of exposition. It also doesn’t help that the lead played by Rao feels like a bland character who just walked into a delicious dish and never figures out which ingredients really make it stand out.

However, props go out to Achint Thakkar, who composed the music for the film. His soundtrack, which is penned by the incredible Varun Grover gives the film a luscious twist. Even though the score sometimes becomes bothersome and overbearing, the cue to the songs is really well done and helps you engage with this thriller a little better. Sadly, ‘Monica, O Darling’ doesn’t manage to use the sum of its parts to become a true blue noir like it claims to be.

Read More: Darlings [2022] Review – A dark comedy about a woman finding her own agency

Where to watch Monica, O My Darling

Falling for Christmas (2022) Review: Sends Forth the Message of Specialty in Simplicity