Home»Fan Blogs»What Monsters are in The Witcher Series?
Fan Blogs

The monsters in the Netflix series The Witcher include many of the most popular supernatural creatures from the bestselling books by Andrzej Sapkowski. This helpful infographic by topratedcasinosites.co.uk about The Witcher follows the adventures of the skilled warrior Geralt of Rivia (Henry Cavill) and the monsters he has to slay.

The Kikimora, or Kikimore, are deadly spider-like monsters with a black hide and bony, clawed paws, glassy eyes and needle-like fangs, inspired by the creature in Slavic mythology also named Kikimora, they are relatively easy to kill.

Found only in the Weidzmen book, a Striga is a woman cursed to transform into a hideous monster at night, living on a diet of human flesh, until the curse is lifted by keeping the Striga from its crypt until dawn.

The Hirikka in The Witcher have been hunted to the brink of extinction, rarer than dragons.

Sylvans are like leprechauns that look like a cross between a human and a goat, with horns and cloven hooves which gives their nickname of devil, or deoval, among humans. However, with their vegetarian diet means they are tolerated.

Golden Dragons are 20 metres long and possess can change their physical form to any living being among their magical powers. Geralt rarely choose to fight them, not only because they are fierce fighters, but also because he saw them as a species worth protecting

Djinns are genies with a sprit very similar to Disney’s Aladdin.  Once captured, Djinns are bound to their captors and obliged to fulfill three wishes after which they are free.  A Djinn is almost impossible to beat, casting spells that cannot be blocked.

Dopplers are mimics who can hide through impersonation of any man or creature of a similar size. They can also turn parts of their body into objects, though silver metal stops this ability.  They are generally good-natured but are exceptionally tough in a fight. 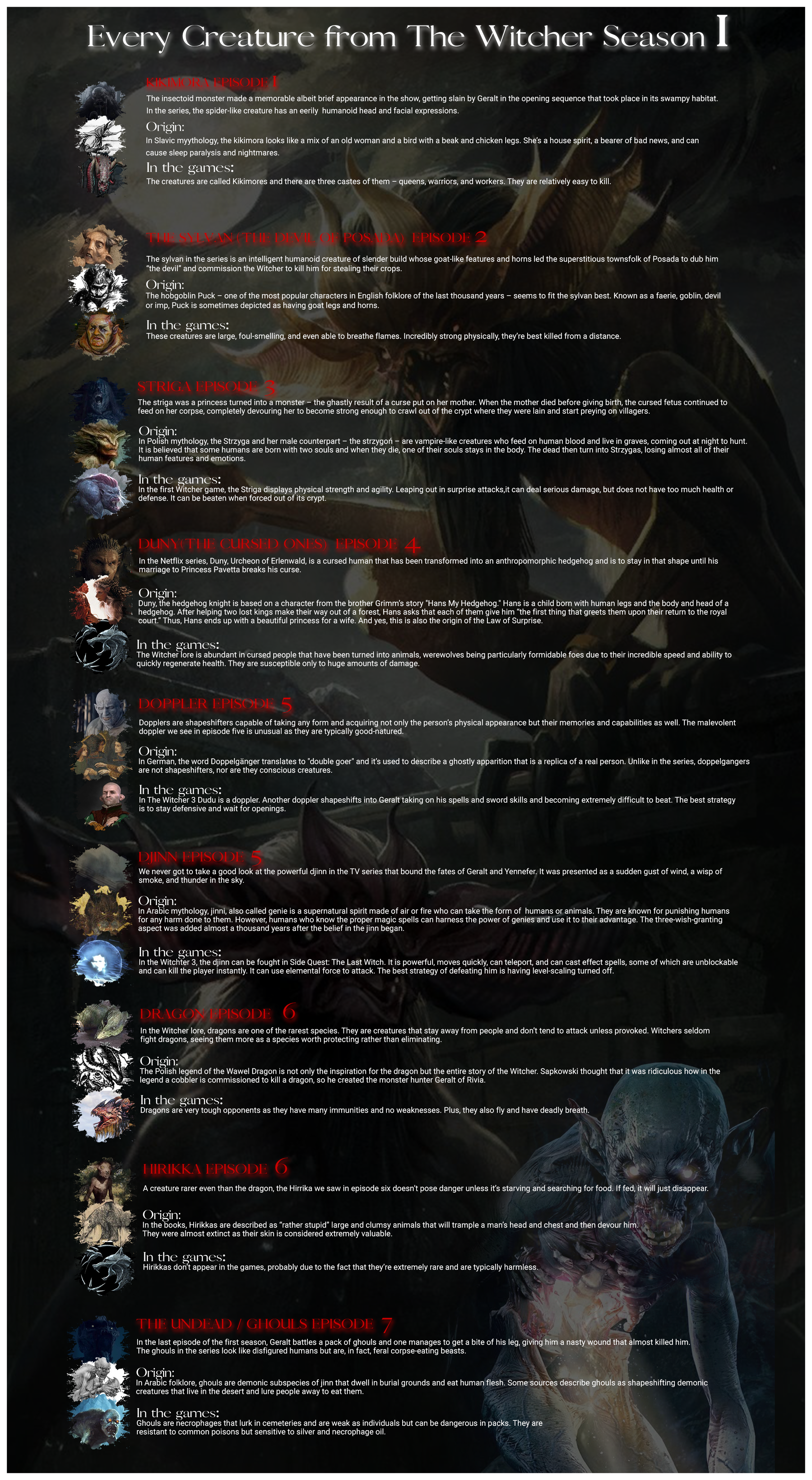