Movies Like An Action Hero: In Anirudh Iyer’s debut feature film, ‘An Action Hero,’ we come across a brash and arrogant action hero, Maanav Khurana (Ayushmann Khurrana), who is a perfectionist as well as outspoken. But his mettlesome lifestyle is soon put to test when in a chance encounter, the brother of an affluent municipal councilor from Haryana, Bhoora Solanki (Jaideep Ahlawat), ends up in an accidental murder. Soon, the police investigations begin, and in a state of utter panic, Maanav absconds to the countryside in the United Kingdom. He also finds a lawyer who will help him overcome his troubles. But little did Maanav know that the unputdownable and revengeful Bhoora had begun his mission to hunt him down. The stakes are raised, and Maanav will now have to metamorphose from a reel-life action star to a real-life fighter for the ultimate battle of saving his life.

The cinematography of the film is stylish, and the slow-motion shots are fully utilized to display the swagger of the action hero. The editing is sleek, and the action scenes are structured with a nerve-shattering velocity. ​​The background score equally contributes to heightening our emotions and engagement with this tale of endurance. If thrills are all one is seeking, then one won’t be disappointed because the film ticks all the boxes to keep the viewers hooked.

So, if you have liked An Action Hero, here are six more films that would satiate your appetite for an adrenaline-pumping adventure of helpless individuals put into extraordinary circumstances and their fight to prove their innocence. The master of suspense and adventure Alfred Hitchcock has undoubtedly popularized the theme of an innocent soul on the run to save his life from troublesome circumstances with North By Northwest. Roger O. Thornhill (Cary Grant), a New York City advertising executive, is hunted by merciless spy Phillip Vandamm (James Mason) after being misunderstood for a government agent. Thornhill decides to travel cross-country, and while doing so, he meets the stunning and enigmatic Eve Kendall (Eva Marie Saint). Thornhill is quickly in danger as Vandamm’s goons approach, setting off several legendary action scenes.

The film skillfully delivers a series of fights, stalkings, plotting, and chases, punctuated with engrossing plot points. A good thriller fully utilizes the notion of suspension of disbelief to the acme of perfection, and North By Northwest serves as a fitting example. The primary character is provided with one perilous situation after the other that they have managed to endure through talent, bravery, craft, and chance. We care more about Roger O. Thornhill because Cary Grant’s performance gives the character some poignancy, making his character arc more engaging.

North By Northwest is elevated above its genre because Hitchcock reins his control over the story with gravity and employs superb sway over the screenplay written by Ernest Lehman. It is an exciting, emotionally layered film brimming with the directorial acumen of a filmmaker at the peak of his talent. It differs from some of Hitchcock’s previous classics in that it is livelier, fancier, and more stylish, which makes it a special but appropriate addition to his illustrious filmography. In Andrew Davis’s classic thriller, The Fugitive, Richard Kimble (Harrison Ford) is wrongly charged with the killing of his wife. He flees from the authorities to track down his wife’s killer and defend himself from being punished. Under the command of Deputy Samuel Gerard (Tommy Lee Jones), a group of U.S. marshals begins their hunt. Gerard is a tenacious detective who won’t stop until Richard is apprehended. As Richard puts the squad through a series of challenging pursuits, he learns the truth about his wife’s murder. Before it’s too late, Richard has to fight to catch the killer.

The Fugitive is cinematic storytelling at its best, with almost no fluff in the plot. It is a compelling blend of action, tension, and humor. The filmmaker has successfully created a gripping, high-stakes thriller with intelligence and acumen. The juxtaposition of the black-and-white flashbacks to the actual crime is intercut between the furious pursuit sequences and raises the stimulation of watching the film.

The film is not just an engrossing thriller. The film’s story never loses momentum as we observe the hunted and the hunter, Richard, and Gerard, in their obsessive and frantic impulses. When examined closely, it is something to marvel at in terms of screenplay, editing, and cinematography. Additionally, it displays how much Davis is aware of the demands of such genre movies to keep us riveted to our seats. At the 66th Academy Awards, Tommy Lee Jones won the trophy for the best supporting actor. When Gene Watson (Johnny Depp) and his little daughter Lynn (Courtney Chase) arrive at a railway station in Los Angeles, they are met by the enigmatic Mr. Smith (Christopher Walken) and Ms. Jones (Roma Maffia). They give Watson a gun and tell him to assassinate the state governor within seventy-five minutes. If he fails in his task, they’ll kill his child. While Jones holds the girl, Smith travels with Watson to the hotel where the governor will be addressing a crowd. As the time to take action gets closer by the second, Watson mulls his choices.

The film’s running time is 104 minutes, and the film’s narrative provides us with the odd sensation of being able to look at the clocks on the screen to determine how much longer the movie has to go because the action nearly follows the ninety-minutes time limit. So, from the point of view of editing, the narrative engages our attention bang on. Though the plot is repetitive and pretty predictable, it nevertheless serves as an engaging political conspiracy thriller. Despite the rather unbelievable nature of the story idea, the actors do their best to maintain the suspense.

Furthermore, for a story-driven film such as Nick of Time, the glaring logical flaws allow the discerning audience to conclude the likelihood of such an event happening and unfolding in the way it does. But despite such errors, the audience is encouraged to follow the action and imagine themselves in the role of the protagonist. This is where the craftsmanship of directors like John Badham gets highlighted. In Tony Scott’s Enemy of the State, the dramatic events begin with the assassination of a congressman ordered by a corrupt National Security Agency official, Thomas Reynolds (Jon Voight), in order to ensure the approval of sweeping new surveillance laws. Robert Clayton Dean (Will Smith), a labor lawyer and devoted family guy, is falsely accused of the crime after he obtains a videotape of the murder. A former intelligence agent, Edward (Gene Hackman), helps Dean to prove his innocence and punish the real culprit.

The film examines excessive corruption and how it affects individual freedoms and national defense. The screenplay by David Marconi is far ahead of its time in fictionally educating society on its quickly dwindling freedoms from state inspection. The fast-paced drama in the film never consists of a dull moment. But rather than just being an ordinary entertainer, the film also asks some extremely intelligent concerns about security, privacy, and the federal government’s authority. It is one of those energetic, hilarious, and enjoyable stories of the 90s that raises significant issues-What if someone was secretly watching us and tracking our every move? Hence, the film is an action-packed thriller and a rather frightful drama.

But overall, the film succeeds from the austere performances of the primary characters. Smith is convincing as a capable attorney who is taken by surprise by the abuse of state power. Gene Hackman exudes an impression of complete assurance in whatever he says. Voight’s bureaucrat appears to be convinced that his position exempts him from the law in some way. In Collateral, Tom Cruise plays the role of Vincent, a hitman on the prowl. He is given the task of killing five individuals before they are able to view the sunrise of the following day. The naïve and helpless cab driver, Max, played by Jamie Foxx, serves as Cruise’s unintentional sidekick and chauffeur for the evening. Finally, Max sabotages Vincent’s homicidal plan and, in the process, displays his gallantry.

In a film where the primary scenes occur between the two key actors, Foxx and Cruise, Collateral proves to be a fantastic character study and a thriller, and the violence keeps the film simmering. However monstrous he may be, Vincent serves as a crucial character for Max within the context of the film. Vincent laughs at Max when he claims that he has earned only a temporary position despite working as a cab driver for 12 years and that his true goal is to run his own limousine company. Vincent suggests Max take advantage of the chances provided by destiny, or else life will pass him. Such sincere emotional yearnings give this fantastical thriller a fascinating texture. While Cruise is outstanding, it’s left to Jamie Foxx to impress us all with a dramatic performance of remarkable conviction as and escalate the tension in the movie one notch at a time.

With Collateral, Micheal Mann meditates on all of his favorite pet themes, such as loyalty, honor, integrity, crime, compulsion, loneliness, and the point where good and evil bleed into one another to the point where one is not sure which side you’re supposed to be clamoring for. Hence this film can rightfully be regarded as Mann’s second masterpiece after, Heat (1995). Tell No One is a French thriller adapted from a novel by Harlen Coben, where Alexandre (François Cluzet) is still in mourning the murder of his wife Margot (Marie-Josée Crozehusband), killed by a serial killer eight years ago. One day close to Alexandre’s residence, two dead bodies are found by the police. The pieces of evidence link Alexandre to the crime. The following day, a video depicting Alexandre’s wife in good health and the words “Tell no one” is sent to him through email. As the cops close in on Alexandre, he flees his abode to prove his innocence.

The plot of the film hooks the viewer right away by asking them to join the protagonist’s investigation into the death of his wife as he avoids the police while being pursued by some very shady characters. In addition, there is the tantalizing prospect that Alex’s dead wife is still alive. It creates an intense suspenseful curiosity with a compelling dramatic thread running through the rest of the narrative.

There are numerous twists and turns running through the story, and many of them are perplexing enough to engross our attention span. The filmmaker Guillaume Canet handles the revelations skillfully, even if they occasionally become entangled in their web. He keeps us on our toes and leaves us with more questions than answers by structuring the film in such a way that we start to doubt what we had initially observed. He is quite skilled at creating a cold, clinical thriller with layers of complexity and complex characters worth spending time with. 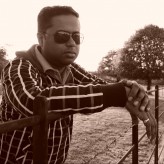 6 Films to Watch if you like Slumberland on Netflix

10 Great Movies from Bad Directors You Must Check Out