6 Movies Like Monica, O My Darling: Vasan Bala’s recent outing Monica O My Darling (2022) is a snappy pulp thriller that, provides more than being a crime drama and presents the viewers with a keen observation of the peculiarities of our buried instinct for committing a crime. Three guys who work for the same robotics company discover that the woman with whom they had a lustful relationship is blackmailing them. Now, she is pregnant and threatening to endanger their careers The three of them decide to work together and hatch a plan to eliminate her by pulling off the ideal crime. But things will go unexpectedly wrong putting their lives at stake.

The filmmaker treats this tale of murder, betrayal, and greed with a wackiness that never overpowers the story of the film. The film begins with a crime of passion that looks like a cinematic prologue. The clever plot of the film is adapted from the Japanese crime novel ‘Heart of Brutus’ by Keigo Higashino and is more than just a whodunit. Vasan and his screenwriter Yogesh Chandekar peppers the narrative with tantalizing pop-culture references and musical interludes. Vasan Bala pays homage to Vijay Anand and Sriram Raghavan, two pioneers of Indian noir, with courteous goodwill. Monica O My Darling (2022), is an honest contribution to the limited canon of Indian noir.

Here are 6 films to watch if you have liked Monica O My Darling. 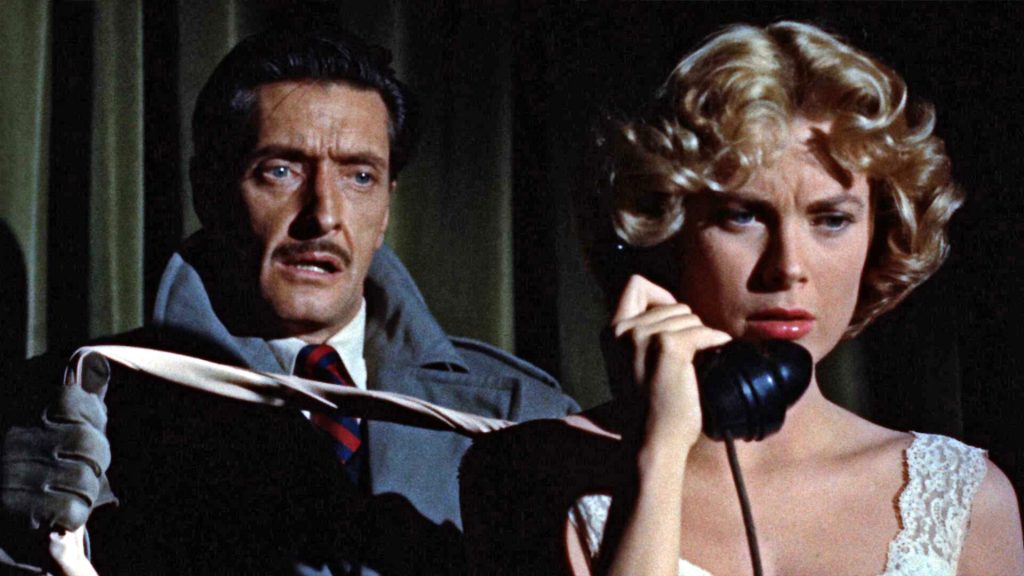 Critics and moviegoers would not have regarded crime and suspense as significant subjects in cinema had Alfred Hitchcock not contributed to the development of the genre to such tremendous heights. Dial M for Murder is based on a stage play by Frederick Knott, where Tony Wendice (Ray Milland), a former tennis champion, wants to murder his affluent wife Margot (Grace Kelly) so he can inherit her property. He devises the ideal strategy to murder her after learning about her relationship with Mark Halliday (Robert Cummings). He blackmails an old friend to commit the murder. But the well-planned set-up fails and Margot survives. Wendice must now hurriedly devise a plan to outsmart the cops and prevent himself from getting punished for the devious attempt.

The first part of “Dial M for Murder” is very fast-paced with the unfolding of one exciting scene after the other. But the second act is where the movie really shines. Since the audience is aware of what has happened, the mystery is no longer hidden. Therefore, the focus is now on how the person who has masterminded the plan will be acquitted of the crime. And with Hitchcock in charge, it will take a lot of twists and turn before we arrive at an ending we have not yet imagined. Although the Master of Suspense likes to deceive his audience, he is not so callous as to deny them a supremely rewarding conclusion. Dial M for Murder may be a bit out in comparison to Hitchcock’s other masterpieces, but it’s nonetheless a sleek, suspenseful thriller with Grace Kelly delivering an outstanding performance. 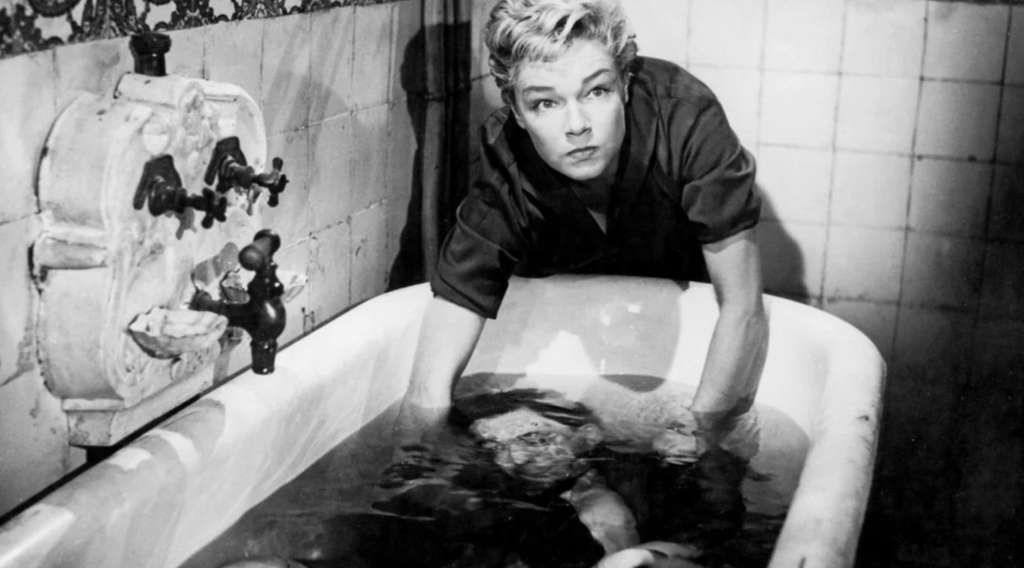 French director Henri-Georges Clouzot is well known throughout the world of cinema for his suspenseful and taut films. He introduced a unique method of fusing tension and excitement in filmmaking that is still studied widely in film schools. Les Diaboliques is one such outing that supports his viewpoint as a filmmaker who focuses on humanity’s darker aspects. Michel Delasalle (Paul Meurisse) is a rich and brute man. His mercurial behavior is the reason for his teacher wife Christina Delassalle (Véra Clouzot), to end their relationship with a divorce. But Michel does not agree and threats her. At the same time, his mistress Nicole Horner (Simone Signoret) is also not happy in their clandestine relationship. Som the two distressed women hatch a plan to kill him. His corpse is dumped in an abandoned swimming pool, but when the pool is emptied, the body is nowhere to be seen.

Based on the novel She Who Was No More by French writers Boileau-Narcejac the film is noted for its unexpected climax. The narrative and visual design are excellent, and the performances by popular French actors and actresses give the starkly realistic surroundings of the film the highest level of finesse. It is believed that the scene involving a murder in the bathroom inspired Alfred Hitchcock to make Psycho (1960). Noted film critic Nol Herpe in the French film journal Positif, has mentioned that Les Diaboliques, like Les Espions (1957) and La Verite (1960), “reveals a sterile and increasingly exaggerated ambition to experiment with the powers of imagination,” Thus, confirming the eternity of the film. 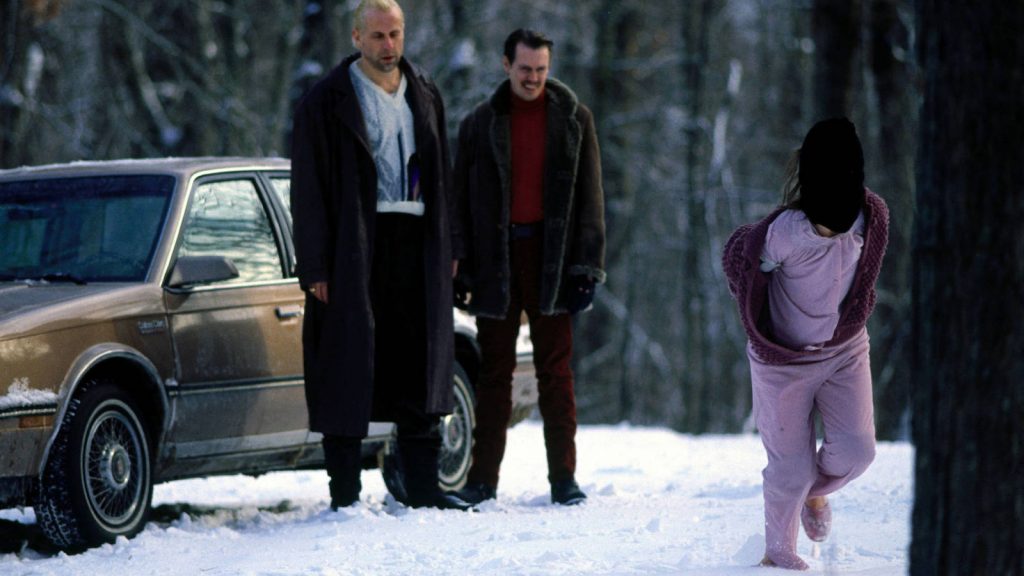 Since their debut in 1984 with the crime thriller Blood Simple, Joel Daniel Coen and Ethan Jesse Coen popularly known as the Coen brothers, have excelled in their craft with each of their films. Their sixth collaborative effort Fargo excelled in terms of treatment to such an extent that their creative effort was awarded the Best Original Screenplay trophy at the 69th Academy Awards.

A crime drama based on real-life events, Fargo takes place in Minnesota in 1987. A car salesman Jerry Lundegaard (William H. Macy) employs two goons (Steve Buscemi and Peter Stormare) to kidnap his own wife since he is in so much debt and needs money badly. Jerry will pay the goons a tiny amount of the ransom and keep the remainder to cover his dues after collecting it from her affluent father (Harve Presnell). When the goons kill a state trooper, the plan goes haywire.

The narrative combines distinctive character designs, top-notch acting, morbid situations, and bloody violence to result in an engrossing crime drama. The story includes lesser incidents and helps the filmmakers to fully flesh out the individuals’ lives. They keep a sharp eye out for both the ridiculousness of the circumstances and the mundane tragedy of the botched crime itself. The dialogues are witty and enjoyable, and they are adept at combining humor with seriousness. The snowy landscape of the film was superbly captured by Roger Deakins. It’s a must-see cinematic masterpiece that aptly builds upon the brilliance seen in the Coens’ first crime film, “Blood Simple,” from 1984. 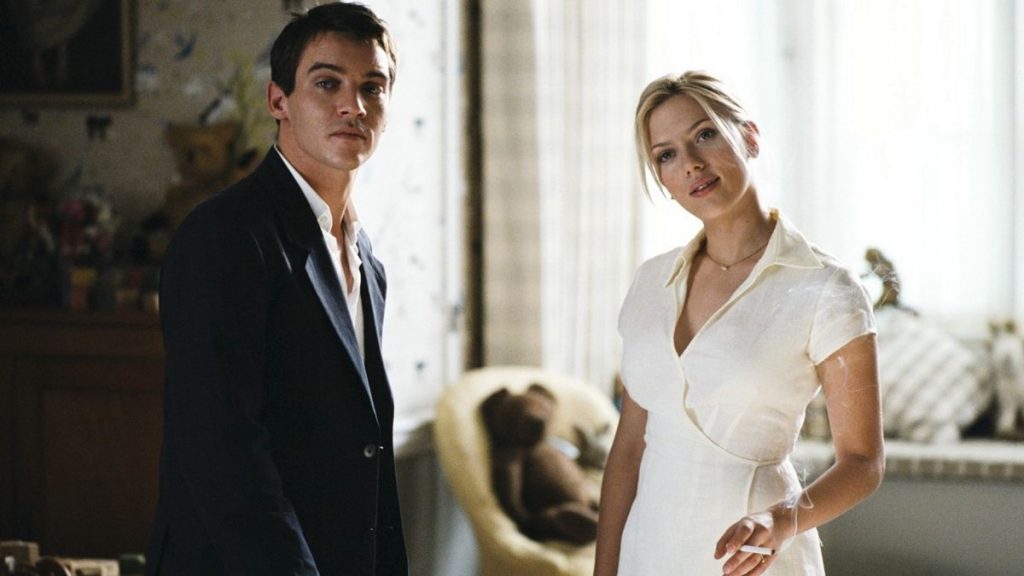 In veteran filmmaker Woody Allen’s oeuvre as a filmmaker, Match Point is the only film that falls in the category of serious crime drama. It is about individuals with evil intentions and their constant struggle to live and exist But as the film ends we are forced to believe sometimes we need sheer luck for survival. Hence, the main purpose of the movie isn’t to be a normal adultery thriller. It investigates chance. So, the main themes of “Match Point” are chance and randomness.

Tom Hewett (Matthew Goode), an affluent student who enjoys opera, becomes friends with tennis coach Chris Wilton (Jonathan Rhys-Meyers). Chris is invited to attend a concert with Tom. When he meets with the family of his friend, Chloe (Emily Mortimer), Tom’s sister, notices him gradually a romantic relationship develops. Chris marries her in order to work for her billionaire father Alec (Brian Cox). But his newfound social standing is jeopardized by a risky affair with Nola Rice (Scarlett Johansson), Tom’s American lover.

Match Point gets off to a light start, giving it the flexibility to continually surprise, thrill, and, in the end, astonish us with the sight of a hopelessly twisted man making an inner confession to audiences. Allen’s cinematic language is incisive and his setup is captivating. The film’s screenplay has elements from Patricia Highsmith and Alfred Hitchcock’s body of work. Once the film reaches its third act, it becomes more and more exciting as Allen gradually introduces a well-planned murder to the story. This results in a tense final half-hour, ensuring that the film ranks as one of the most accomplished works of Allen. 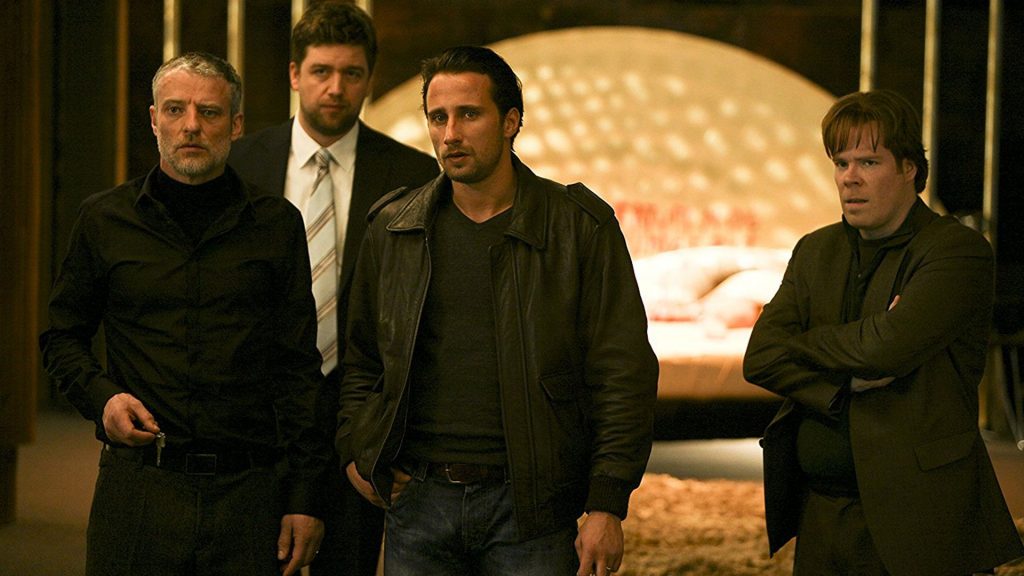 Loft is packed with twists and turns from beginning to end. It follows a group of five married friends who own a secret loft where they meet their mistresses. One day, they discover a woman’s dead body in the room and all hell breaks loose. There are only five keys to the apartment, implying that one of them was likely involved in what appears to be a cold-blooded murder. And so the blame game begins, with each person suspecting the other of committing the crime and working together to solve the mystery before the cops arrive.

Filmmaker Erik Van Looy cleverly blends the present and flashbacks. Such narrative device offer viewers to get aware of the past of each of its characters and raise new questions in their minds about who might be the genuine suspect among these, Each individual is presented in a grey shade in the narrative, which is also excellent, making it impossible for viewers to zero in on a single suspect before the movie makes everything clear. The murder plot is usually the main focus of the film. But themes like the futility of friendship, the pernicious power of sex, and the masculine libido boil beneath the surface.

The cinematography makes superb use of lighting, the editing is perfect, and the music is a huge plus. The acting from the ensemble cast is convincing and greatly benefits from the performance of Schoenaerts playing the character of Philip. It is believed that Matthias’s presence in the film was one of the reasons that created a craze among the Belgian populace, making Loft the highest-grossing Flemish movie at the time of its release. Joji, which is loosely based on William Shakespeare’s Macbeth. The filmmaker, Dileesh Pothan, explores a perfect crime that isn’t flawless and yet it misfires. Adhering to the conventions of a crime drama, Joji’s narrative unfolds with a delicacy of a measured and leisurely-paced drama. The film’s mood fluctuates between humor, grimness, and occasional black comedy. The house where the action takes place is located in a remote area and is surrounded by lush greenery, giving it the appearance of a fortified structure.

The game of deceit and mistrust starts as soon as the youngest member of the family waits for a parcel he had ordered by fraudulent means. The characters’ employment of the face mask as a symbol of post-pandemic caution also reflects their concealed plans to inherit their ailing father’s money as soon as possible. Everyday noise gives ordinary moments a hint of impending crime.

Shyju Khalid’s skillfully composed images investigate the compartmentalized interiors of the house and the minds of the family members. Kiran Das’ editing skillfully develops a tight, slow-burning character study with unavoidable tension and a level of precision. The music score by Justin Varghese and the sound design by Ganesh Marar include excellent modulations and creative touches that are firmly at the service of a narrative. The production design by Gokul Das is minimalistic and effective in the milieu of the film. Fahadh Faasil, who does not hesitate from essaying one atypical role after the other, shines yet again. His innocent and manipulative looks are unnerving as well as mysterious and add substantially to his character.