Born in 1957, Aki Olavi Kaurismaki has worked as a bricklayer, postman, and dish-washer, long before pursuing his interest in cinema, first as a critic, and later as a screenwriter & director. Kaurismaki started writing for his brother Mika Kaurismaki’s films, who’s also the co-founder of their production company Villealfa. The arrival of Kaurismaki brothers started a new era in the Finnish cinema. The brothers also launched the annual five-day Midnight Sun Festival (in Sodankyla, Finland). Aki Kaurismaki made his directorial debut with the Helsinki-set adaptation of Dostoevsky’s Crime and Punishment (1983), followed by the unconventional road-movie, Calamari Union (1985), which first introduced audiences to the typical Kaurismakian blend of deadpan humor, absurdism, and wistfulness.

Aki Kaurismaki is often known for weaving pastiches from the forms of film-noir, early American gangster cinema, silent-era comedy and melodrama. He has also showered admiration and paid homage to the masters like Robert Bresson, Yasujiro Ozu, and Rainer Werner Fassbinder. Yet Aki Kaurismaki is more than a pastiche artist as his integrated stylistic notions itself gradually morphed into a highly idiosyncratic style. In other words, it’s difficult to describe his films in the typical cinematic vocabulary. Critics have also drawn parallels between Kaurismaki and American independent film-maker Jim Jarmusch, whose works as well is characterized by affectless style and laconic humor (Jarmusch has paid tribute to Aki Kaurismaki’s works, particularly in ‘Night on Earth’ [1991]).

Mr. Kaurismaki’s characters are essentially the members of the working-class; the aloof and taciturn city-bred human beings with low expectations from life. His narrative that foregrounds a tangible economic and social reality finds a perilous balance between realism and fancifulness. The stakes might be modest in a Kaurismaki cinema, but the little gestures of dignity and human kindness witnessed in his oeuvre are a great source of comfort in this unfeeling world. 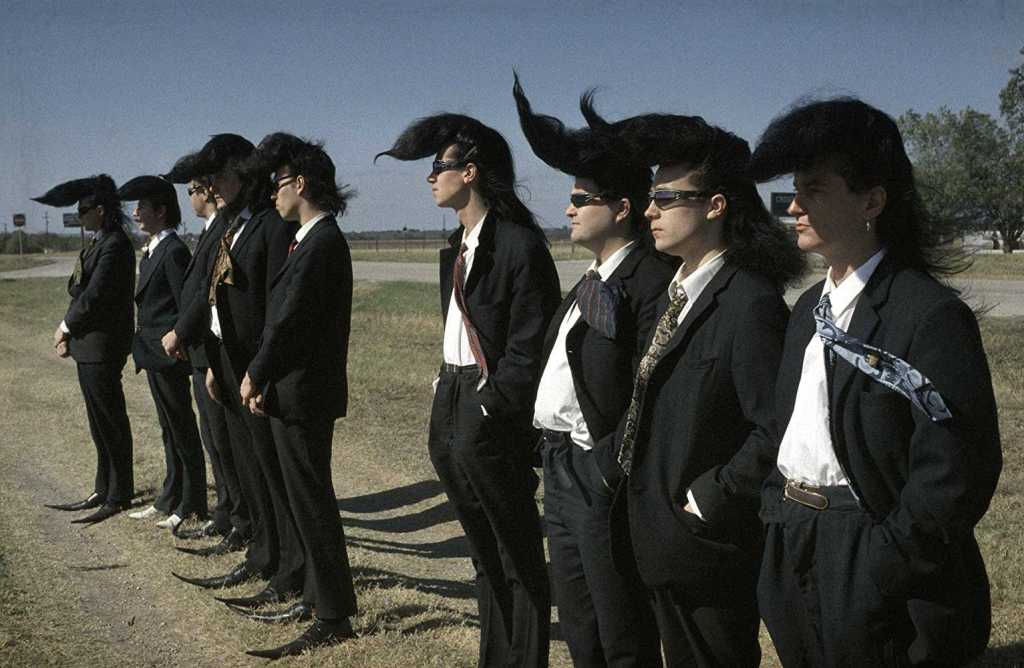 Aki Kaurismaki’s movies often see his characters moving beyond their confines to establish a new life. While in many narratives, it is the characters’ socioeconomic situation that demands such a move, in Leningrad Cowboys Go America we see the members of a quirky Siberian rock band (sporting outlandish hair-styles) setting off to US in search of fortune and fame. Publicized as a mix of The Blues Brothers (1980) and This Is Spinal Tap (1984), this hugely enjoyable fish-out-of-water comedy could serve as a fine introductory point to the strictly minimalist approach of Aki Kaurismaki. The film’s success led to a very underwhelming sequel titled ‘Leningrad Cowboys Meet Moses’ (1994). 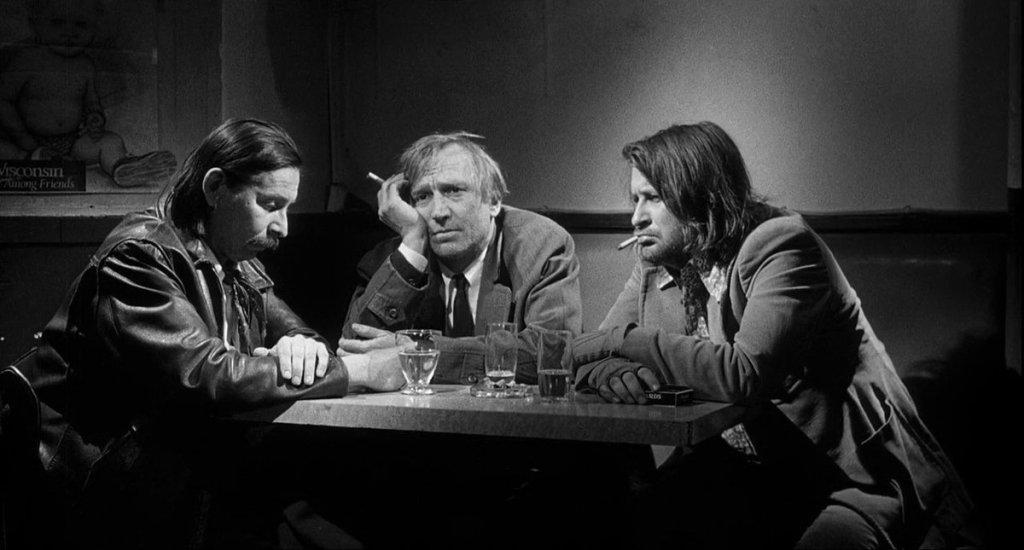 Set in Paris, Le vie de boheme is based on Henri Murger’s novel, the third literary adaption in Kaurismaki’s oeuvre (the first two being Crime and Punishment [1983] and Hamlet Goes Business [1987]; later in 1999, Kaurismaki adapted a Finnish literary classic for his silent film, Juha). The tragicomedy tells the story of three impoverished, down-on-their-luck artists in the bohemian 1960s. The three artists are played by Kaurismaki regulars: Matti Pellonpaa as an Albanian painter, Kaari Vaananen as an avant-garde composer, and Andre Wilms as a writer. As usual, Kaurismaki weaves a tender-hearted tale through his vividly drawn characters. However, La vie de boheme isn’t an easily identifiable Kaurismaki feature despite accommodating his signature touches. 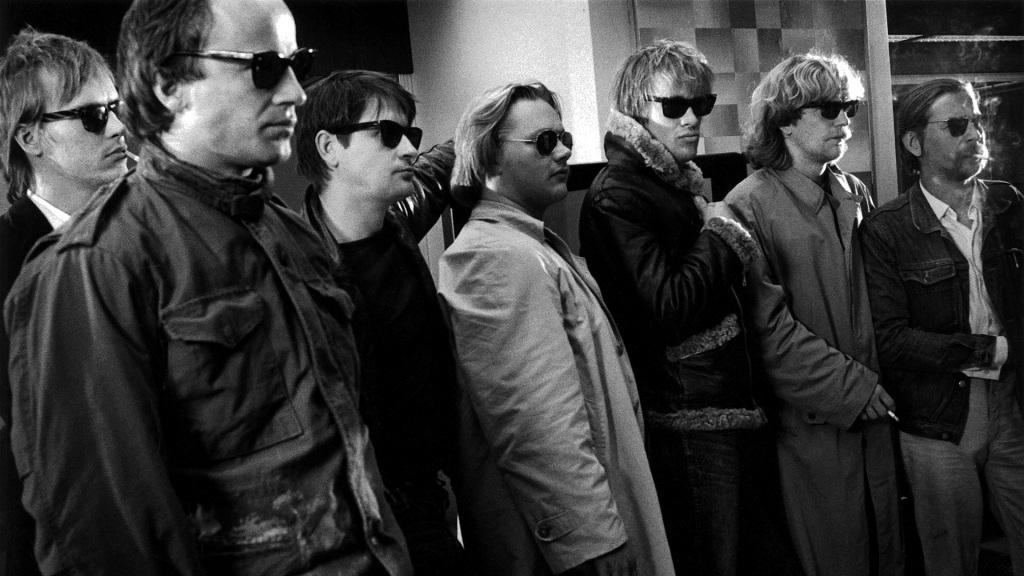 Calamari Union is perhaps Aki Kaurismaki’s most surrealist and absurdist movie. Shot in black-and-white, the story revolves around a gang of ungratified, sun-glasses-wearing men (except for one named Pekka everyone else’s first name is Frank) making their way across Helsinki to reach the magical seaside district of Eira. Inspired by Godard’s Alphaville (1965) and Monty Python-esque comedic silliness, Calamari Union is a collection of tightly-constructed episodes eking out its own distinctive internal logic. Plot as usual is incidental, as Kaurismaki alternates between muted sense of humor and bursts of anarchy. 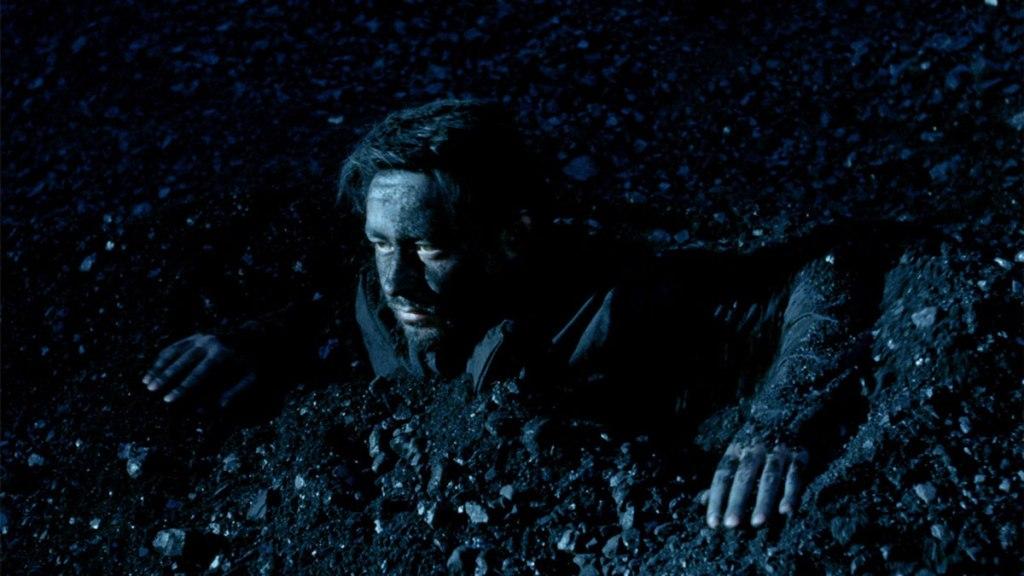 Unlike Le Havre (2011), The Other Side of Hope entirely unfolds from the perspective of a young Syrian stowaway named Khaled Ali (Sherwan Haji). The Syrian goes underground in Helsinki when his application for political asylum is rejected. After evading the authorities and a small gang of right-wing nutcases, Khaled is rescued by Wikstrom (Kaurismaki regular Sakari Kuosmanen), a shirt-salesman-turned-restaurant-owner. He gives Khaled a job at The Golden Pint and a place to sleep. Displaying Chaplin-esque blend of social observation and comedy, The Other Side of Hope is a story about solidarity and acceptance told with fairy-tale optimism. 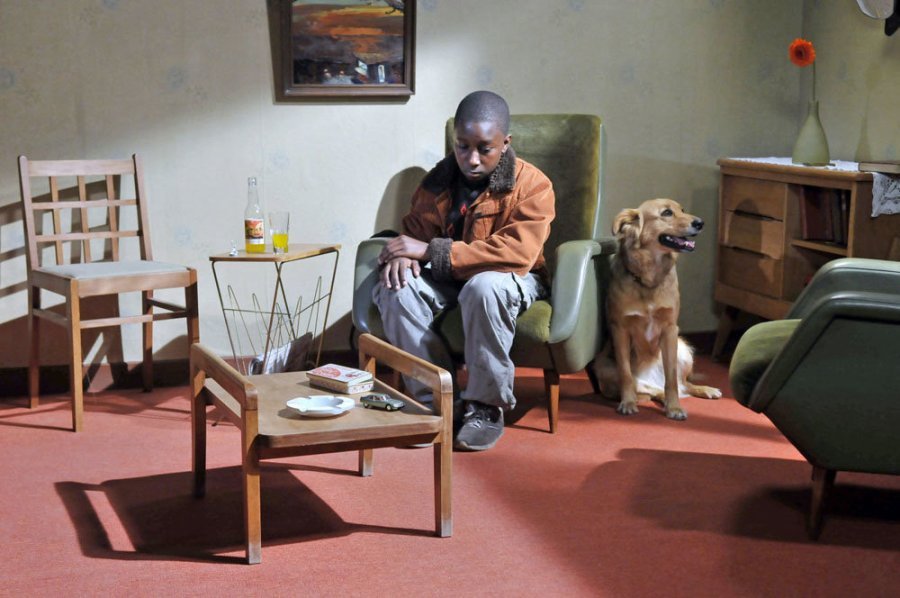 Le Havre is Kaurismaki’s first in the proposed trilogy of films about refugees. Set in the eponymous coastal town, the story follows a young African boy named Idrissa (Blondin Miguel) who escapes from a cargo container originally destined for London. An old gentleman named Marcel Marx (Andre Wilms) provides shelter to Idrissa and protects him from a relentless inspector (Jean-Pierre Darroussin). Mr. Marx works as a shoe-shine and remains devoted to his ailing wife (Kati Outinen). Similar to his earlier proletarian fantasies, Le Havre made with the same Kaurismakian austere compositional sense muses about solidarity, aging, perseverance, and love through the illegal-immigration theme. 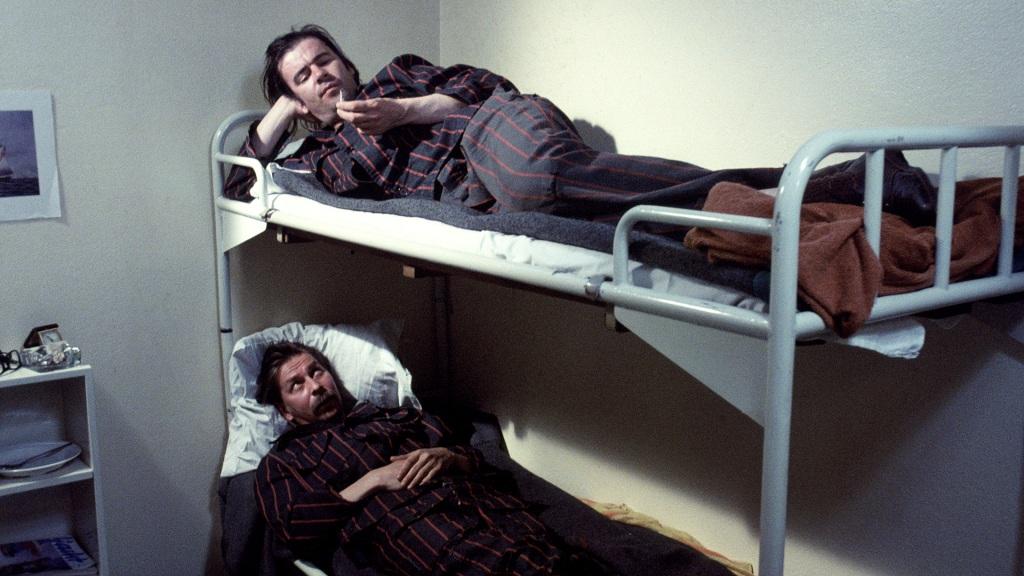 Ariel is the second film in the ‘Proletariat Trilogy’, which chronicles the life of an unemployed working-class protagonist named Taisto (Turo Pajala). He is a mine worker whose job is made redundant after its closure. Soon Taisto is given a Cadillac convertible by a colleague (who subsequently blows his brains out), and he heads for Southern Finland after withdrawing his life savings. Of course, the unemployed miner gets caught in the cycle of misfortune before receiving a sense of personal fulfillment. Featuring a sense of hilarity constantly shadowed by profound sadness, Ariel finds Kaurismaki creating a poetic narrative rhythm through repetition and intertextuality. 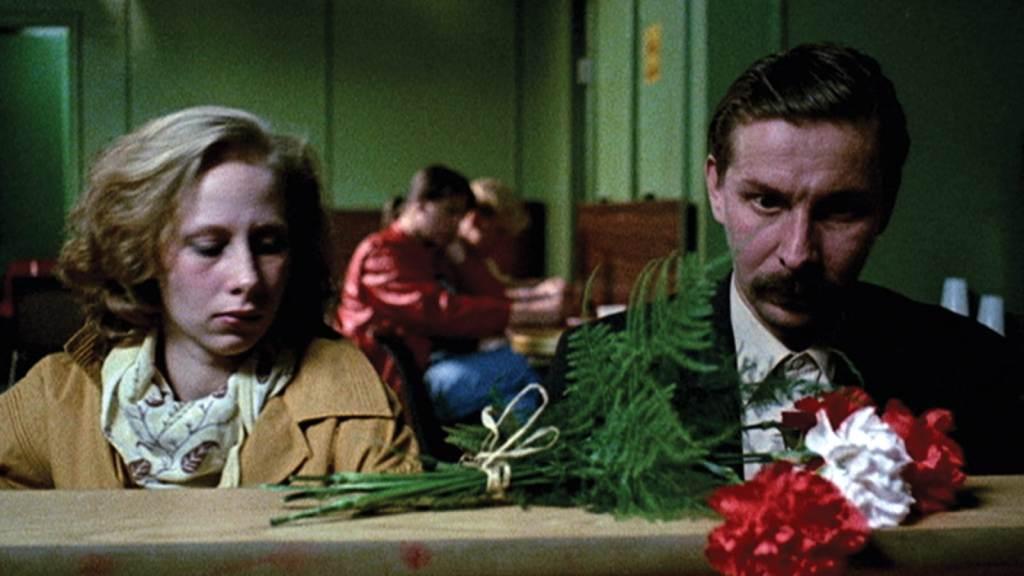 Shadows in Paradise is one of the early Kaurismaki films to lay bare the ridiculousness of contemporary life. It tells the awkward yet endearing love story of Nikander (Matti Pellonpaa), a garbage-truck driver, and Ilona (Kati Outinen), a supermarket checkout operator. Their marginal social position and feelings of world-weariness remain the spoilsport in their relationship.  Kaurismaki reaches a peak in his expression of caustic irony in the allegedly hopeful final scenes as he shows the lovers taking a cold-war era Soviet cruise to flee from their morose surroundings. Shadows in Paradise is considered as the first installment in the directors’ ‘Proletariat Trilogy’, and it was featured in the 1987 Cannes Directors’ Fortnight. Read the complete review of Shadows in Paradise here. 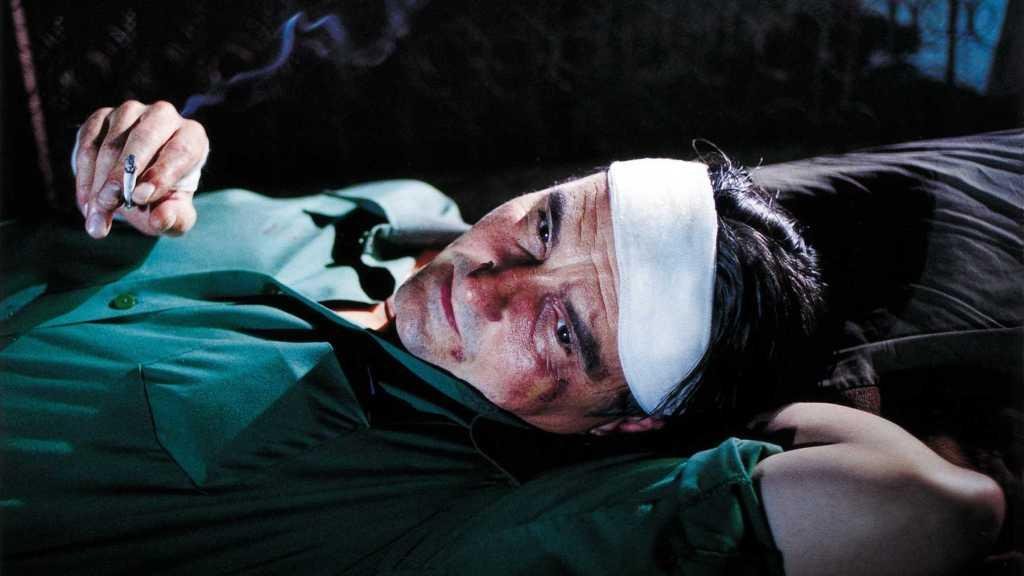 In this second installment of ‘Finland Trilogy’, a man only labeled as M (Markku Peltola) is viciously attacked immediately after his arrival in Helsinki. Although he is declared dead, he wakes up and leaves. Having lost his memory, a family living amidst the discarded shipping containers takes him in. He begins to find his place in the marginalized society and also initiates a tentative romance with Irma (Kati Outinen), a straight-faced Salvation Army worker. The Man Without a Past is Kaurismaki’s most successful feature, winning Grand Prix at the Cannes Film Festival and getting nominated for a Foreign Language Oscar (though Kaurismaki boycotted the event as a protest against the US war in Iraq). Besides Drifting Clouds, this film is the best example of how the film-maker employs the richness of color to signify the density of emotions at play. 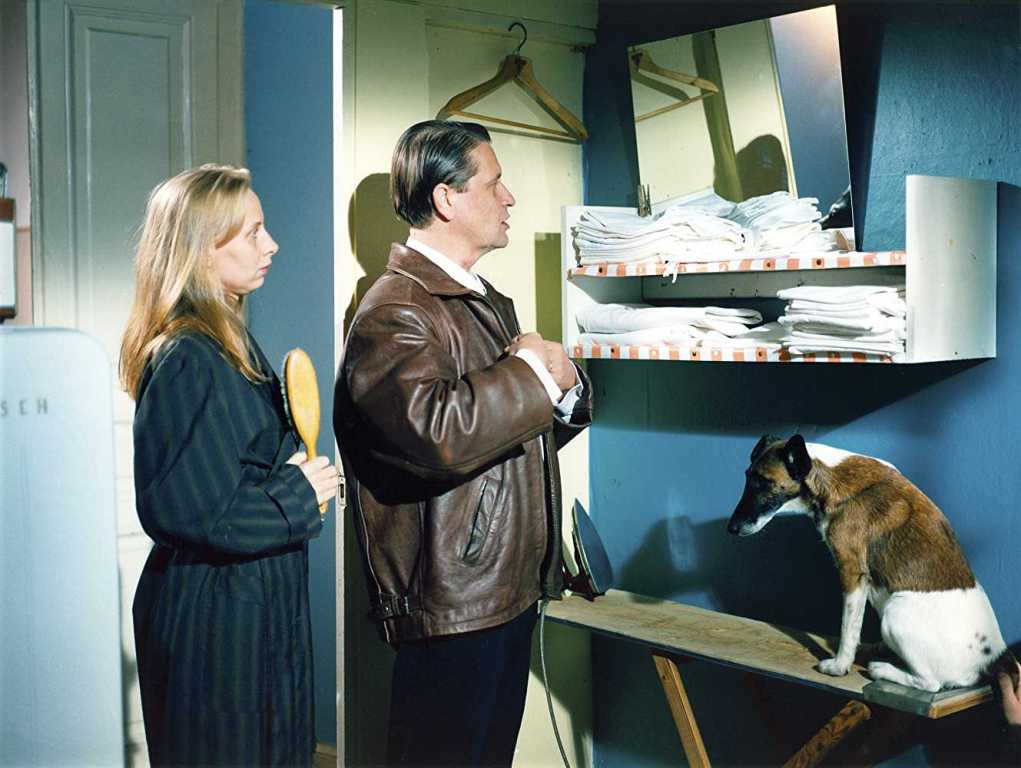 Drifting Clouds was made at a time when Finland was reeling from the recession, the unemployment situation looking unbelievably dismal. A middle-aged couple, played by Kaari Vaananen and Kaurismaki regular Kati Outinen bears the brunt of this economic crunch as they both lose their jobs. Distilled to its barest essence, Kaurismaki’s gloriously effective minimalist aesthetics filters out touching humanism from the melodramatic narrative. The film was made a year after the sudden death of Kaurismaki’s friend and frequent collaborator Matti Pellonpaa, and the director pays a hefty homage to the actor through a sublime Bressonian ‘signifier’ shot (a child’s photo!). Drifting Clouds is also the first installment in the brilliantly austere ‘Finland Trilogy’. Read the complete review of Drifitng Clouds here. 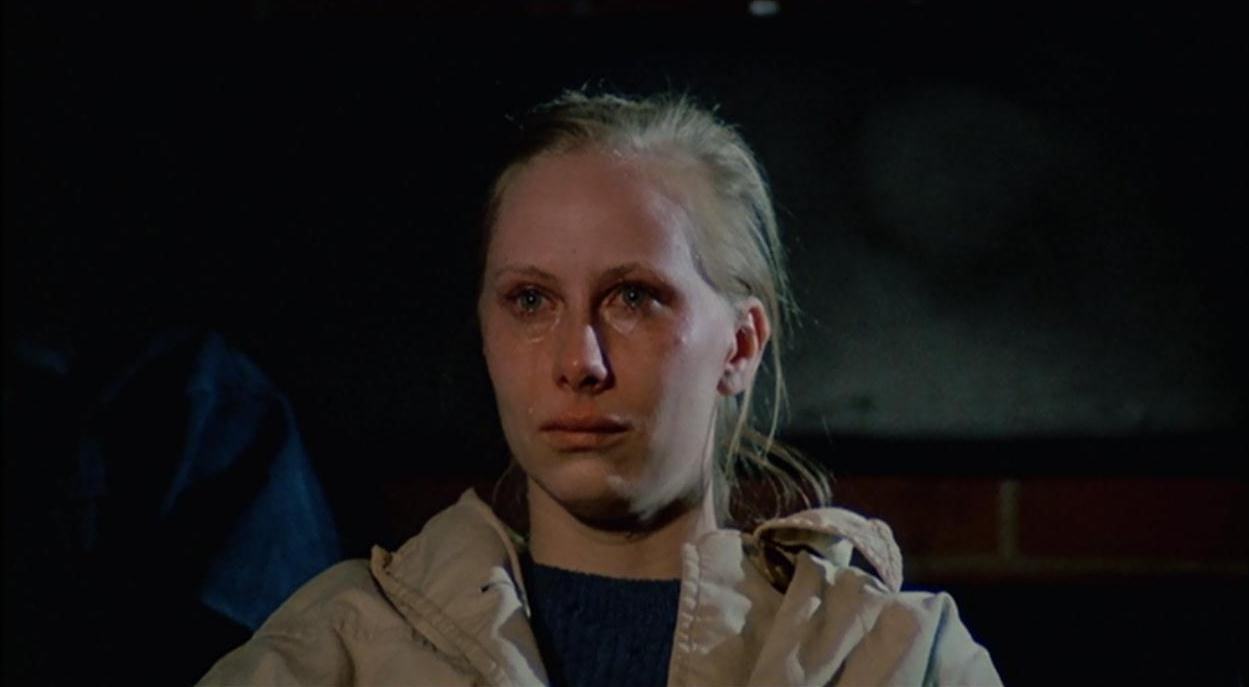 Aki Kaurismaki reaches the peak of his artistic expression in this savage story of a utterly friendless girl (of course, played by the Kati Outinen); a fictional younger counterpart to ‘Mouchette’ and ‘Jeanne Dielman’. Within a running time of 69 minutes and a narrative containing only twenty-four lines of dialogue, the film-maker masterfully draws you into its rhythms and totally inhabits the protagonist’s world of quiet desperation. Even though The Match Factory Girl is touted as Kaurismaki’s most depressing film (ending with an anarchic act you’d never forget), he still dispenses the deadpan wit, furnishing more shades to the gloomy gravitas. The film also sees Kaurismaki perfectly utilizing songs to express the feelings frozen within the titular misfortunate girl (“When you give everything only to find disappointment, the burden of memories gets too hard to bear”, goes a melancholic love song).

The Match Factory Girl (the 3rd film in the ‘Proletariat Trilogy’) is clearly an iconic movie in Kaurismaki’s oeuvre. It’s acting, writing (totally devoid of Kaurismaki’s flippant hilarity), and distinct mise en scene are all admirably restrained. When an oppressive economic system treats the marginalized as matchsticks on a vast production line, what can one do?

Read the analysis of The Match Factory Girl here