French film ‘Restless’ made its debut on Netflix some time back. Essentially a cop drama, it focuses on corruption, extortion, and murder in and around the local precinct. The fast-paced thriller is an interesting addition to the long line of films that have similarly worked on these themes. The movies on this list cover almost all themes from Netflix’s ‘Restless’ and also those works that are stylized in a similar manner. We have prepared a list for you of films similar to ‘Restless’ that you can watch if you liked the film. Happy reading! 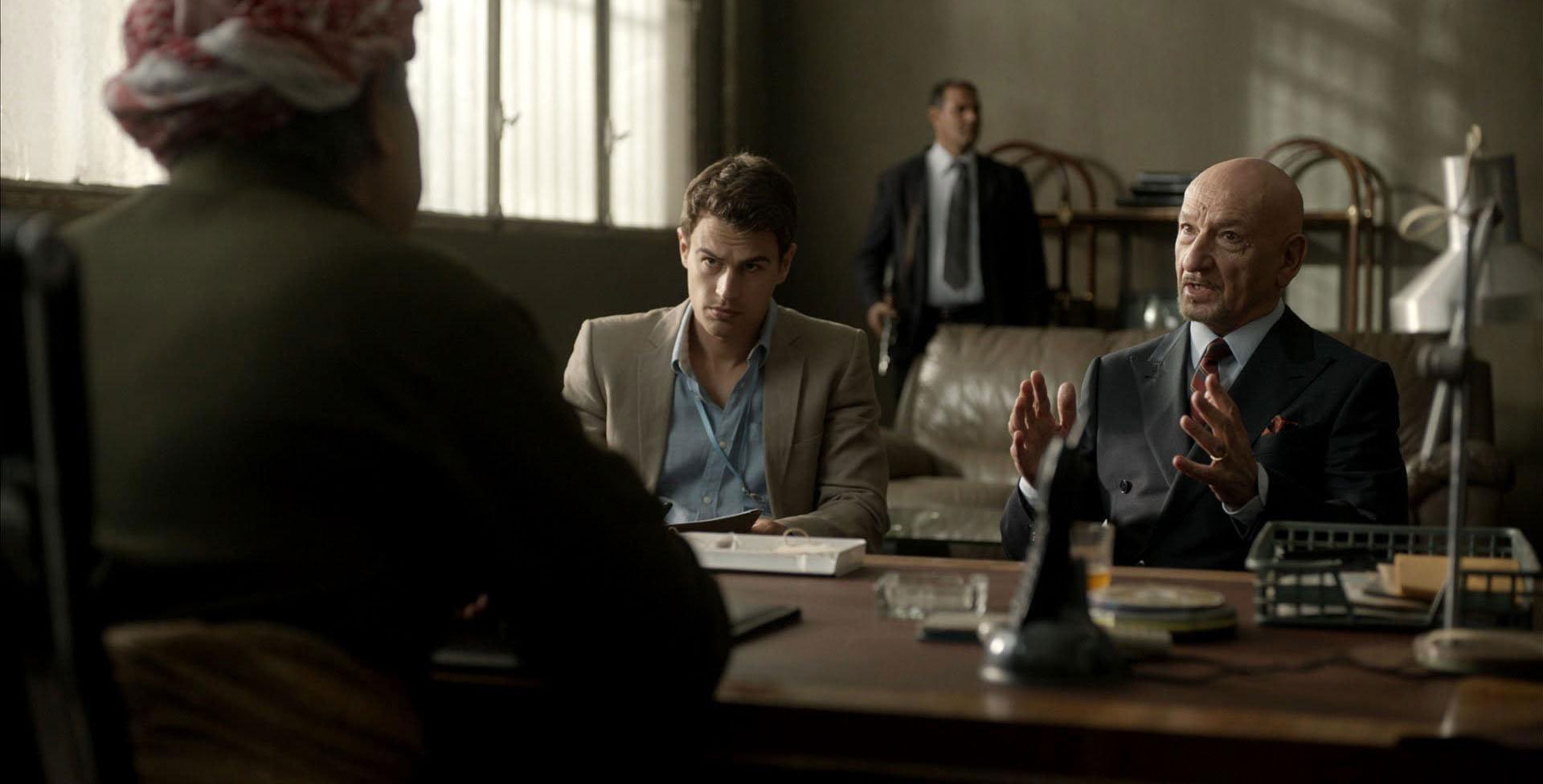 In ‘Backstabbing for Beginners’, the United Nations-sponsored “Oil for Food” program during the wretched Saddam Hussein era is described as a practice of corruption and intrigue. The political thriller is set in a highly volatile environment. A drama based on the memoir of Michael Soussan, the real-life U.N. official who exposed the scam, the film revolves around his fictional counterpart Michael Sullivan (James), a 24-year-old investment banker who sacrifices his career for family.

Like ‘Restless’, ‘Backstabbing’ involves a lot of the titular hints. The roller coaster ride is filled with unexpected twists that do maintain the flow until the very end. At once enlightening, horrifying, and maddening, the true story reveals the extent of corruption at all levels in our country and around the world.

Related to Movies and TV Shows Like Restless on Netflix –  All Batman Movies (Including The Batman) Ranked, From Worst to Best 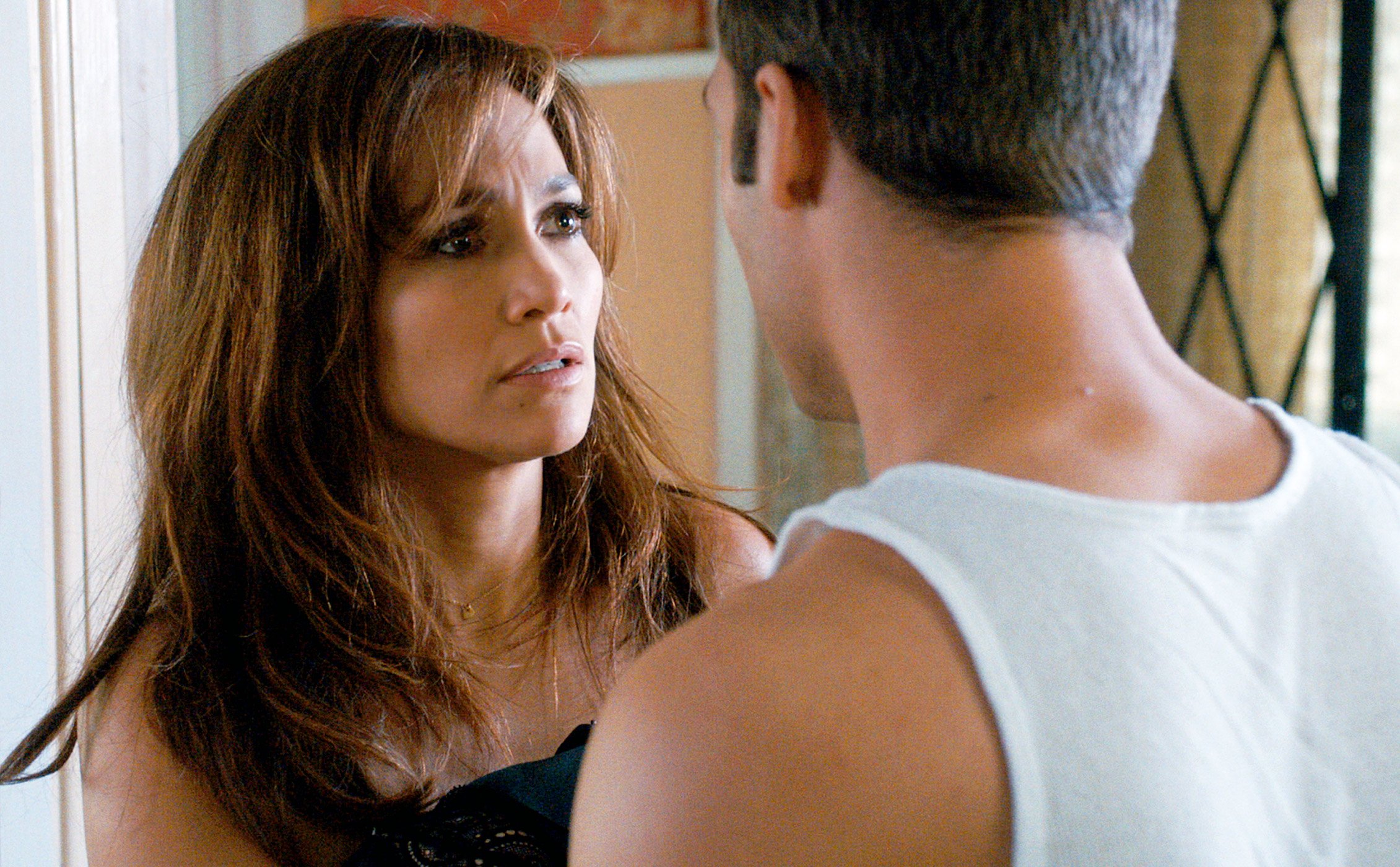 One of the main themes of The Boy Next Door is the deceptive charm of a young man who turns out to be a manipulative, murderous stalker. Jennifer Lopez plays an English teacher who gets a new neighbor in the form of Guzman’s character. Although it never professes to be, ‘The Boy Next Door’ is hard on the value of truth in terms of its lightness and intangibility. Much of the tension that does not come from the adult scenes, flows from this ambiguity in the plot.

In the same way ‘Restless’ used tragedy and mystery to create an evil force in Marin, ‘The Boy Next Door’ does so with Noah. The two share overbearing similarities and are interesting character studies in themselves.  Although not the brightest of films,’ The Boy Next Door’ has no qualms about its identity and what gets it going. A decent film for the target audience.

WATCH THE BOY NEXT DOOR ON Netflix 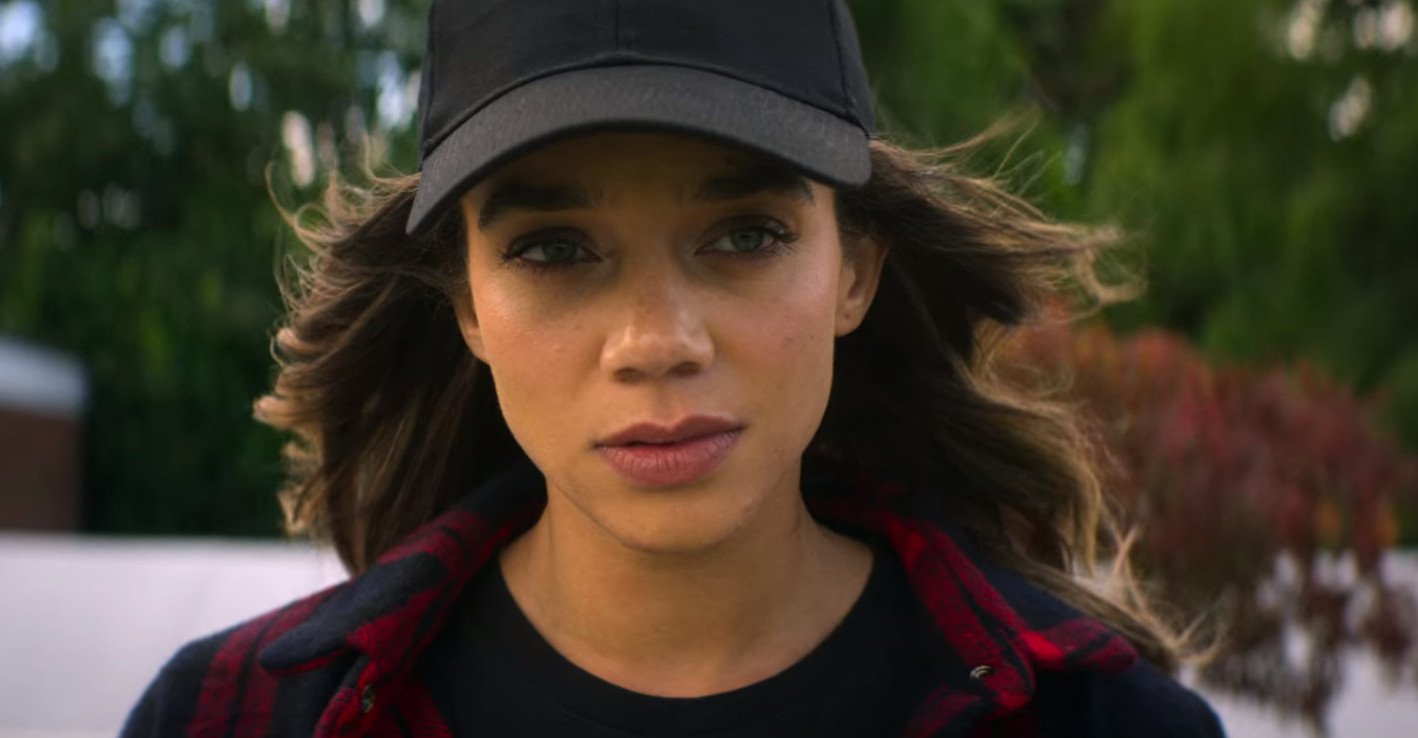 ‘The Stranger’ is another well-made television series on Netflix that goes along well with ‘Restless’. It has flown under the radar for such a long time. After almost three years since it was first released, it is time it gets its due. Much like ‘Restless’, the premise is predicated on the search for answers and mystery as to an evil third entity. Elements of deceit and a falsified truth define ‘The Stranger’, that despite having inherent weakness in story and conception, delivers a satisfying end product.

I enjoyed the show because it was a high-tech thriller with unexpected entertainment. Secondly, all the short episodes made the wait for the next episode even more exciting and worth it. While the plot does not bring too many unexpected surprises because of The Stranger’s genre, the execution is endearing enough to keep going.

Watch The Stranger on Netflix 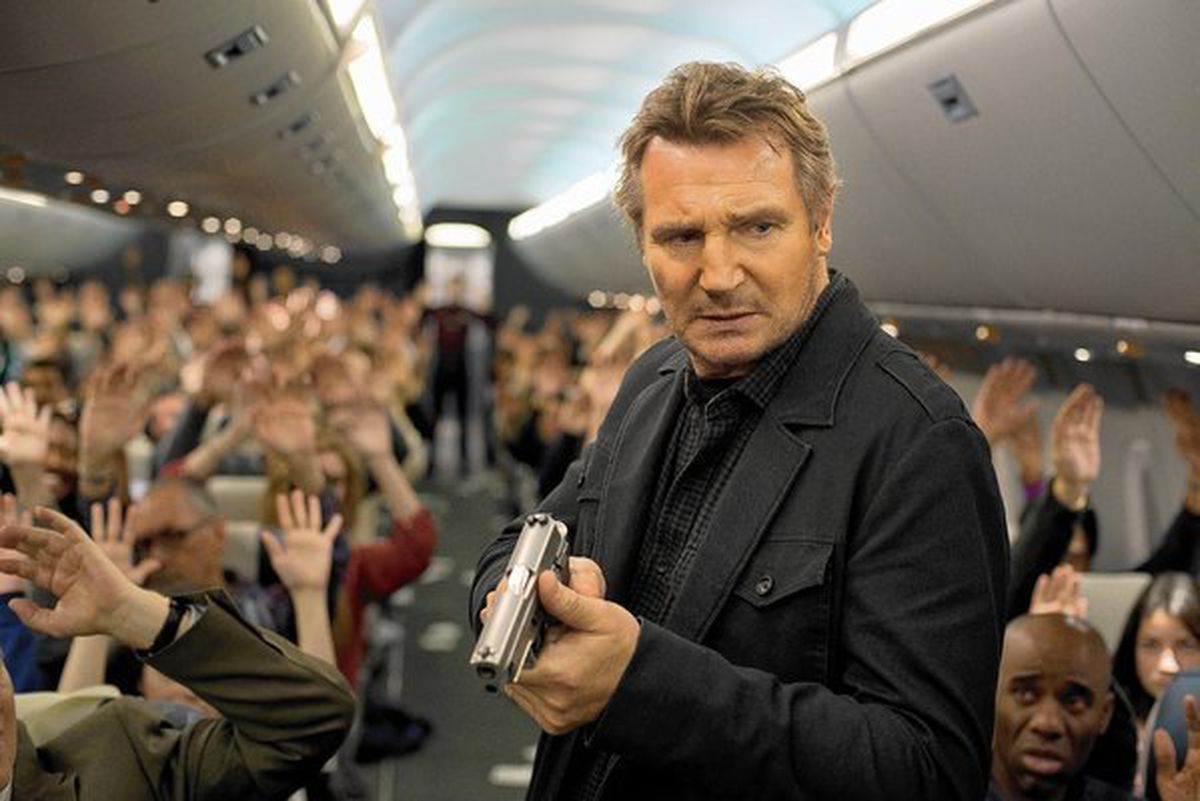 Most of us have seen this classic Liam Neeson thriller playing on various channels. Despite its constant broadcasting, very few of us have actually seen it. And those who haven’t, are missing out on a lot. Entirely set up on a plane in the air, the film focuses on an Air Marshall (Neeson), who receives mysterious threats from someone on the plane, threatening to kill passengers if his requests are not complied with.

The elevated tension unfurls a larger plot that risks the lives of everyone on the plane. Just like ‘Restless’, ‘Non-Stop’ sees a figure of authority battle both phantoms of his personal and professional life in the form of extortion. Not only are the stories similarly paced, but they also move in a similar trajectory, story-wise. Both promise plentiful action and thrills. 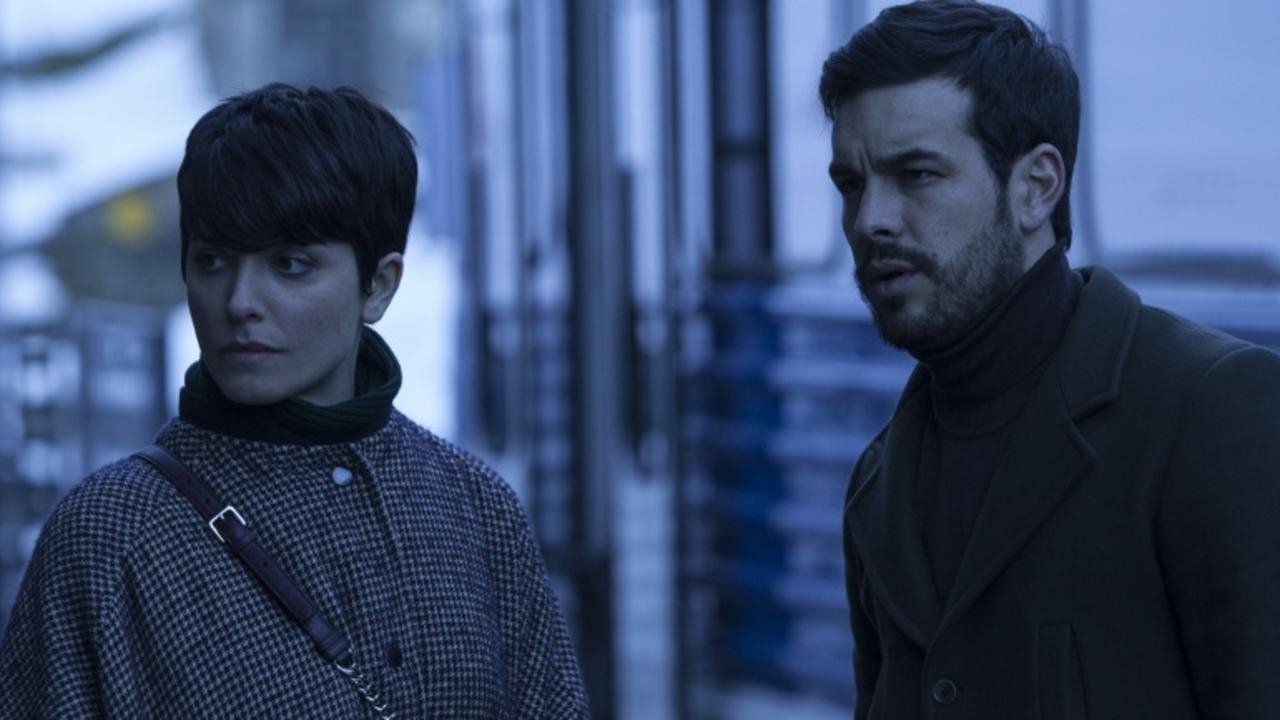 ‘The Invisible Guest’ is yet another Spanish masterpiece that demands once again attention from the film industry. Another example of a successful Spanish detective thriller, which has informally become a separate genre of world cinema. The film was shot by Oriol Paolo who wrote the screenplay for “Enlightenment” and directed “Body.” The action typically takes a while to begin to pick up in Spanish cinema. This film was no exception. Initially, the story seems somewhat tight and boring, but as it progresses, the story gains a greater sense of power and dynamics.

This film does not let the viewer go until the final credits. It is impressive how the director weaves the narrative, presenting the same events in a different way, and manipulating our expectations deftly. The storyline befits beautifully with the atmospheric music. It is likely that the film outcome will seem somewhat unpredictable and shocking to those who are not familiar with the detective genre or Oriol Paolo’s previous work.

Watch The Invisible Guest on Netflix

RESTLESS IS NOW STREAMING ON NETFLIX. STREAM IT HERE