Coming from the master American filmmaker, Paul Thomas Anderson’s ‘Licorice Pizza (2021)’ trends on pretty familiar grounds. The fact that it is about two people coming-of-age in the 70s makes it all the more intimate, simplistic, and far away from what PTA is expected to make after the complex intersectionality of Phantom Thread.

But here we are with a waterbed of a film that sways and moves, runs and falls, along with Alana Kane and Gary Valentine. Two people navigating the treacherous feeling of first love in California sounds like a sad cassette tape, but PTA makes it into a competition where they try to outwit one another to become the more ‘cool’ person in their own books. It is a sexy, savvy, back-and-forth where jealousy, power, and cluelessness are all abounded, as L.A. lights up with movie stars, assholes, and perverts that often cross their paths.

The film is not a handful that you can’t digest on your own, but it is scrumptious and fulfilling in ways that I simply can’t describe. The fact that this is Alana Haim and Cooper Hoffman’s debut baffles me to this day. So much so that sharing it with your loved ones, or going through movies like ‘Licorice Pizza’ cannot hurt much. 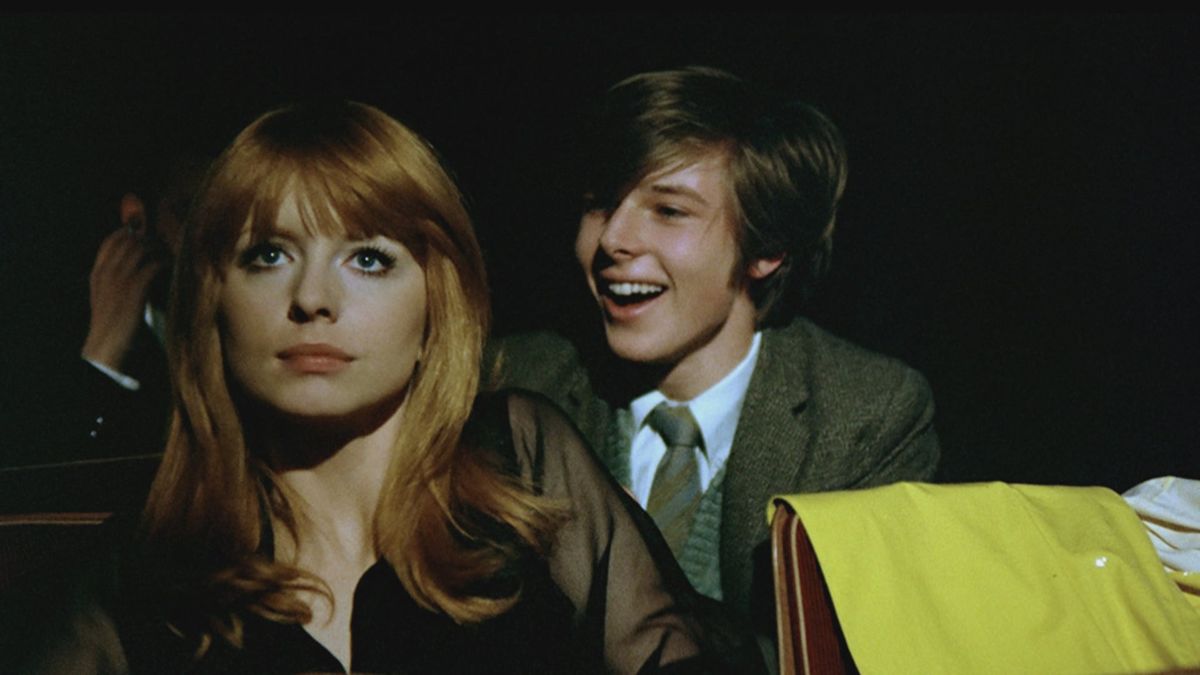 It’s awfully no-so-cheery of me to kick this list off with Deep End. Tonally, the film takes a bloody turn towards the end, but I simply can’t help and draw parallels here. Juggling a lot of intrinsic dynamics that constantly engages us with voyeurism, sexual awakenings, and naive character moments, Jerzy Skolimowski’s film is singular in its vision and never falls into the formulaic coming-of-age film’s shadow.

As far as movies like Licorice Pizza are concerned, the coming-of-age trope and obsession with a woman that is older than Mike (played by John Moulder-Brown) alone make it worth a look if you loved PTA’s film. Susan (played by Jane Asher) is this volatile beauty that feels like an extension of Alana’s character in Licorice. Fair warning though; the unexpectedness of the narrative may not be too soothing for casual viewers. 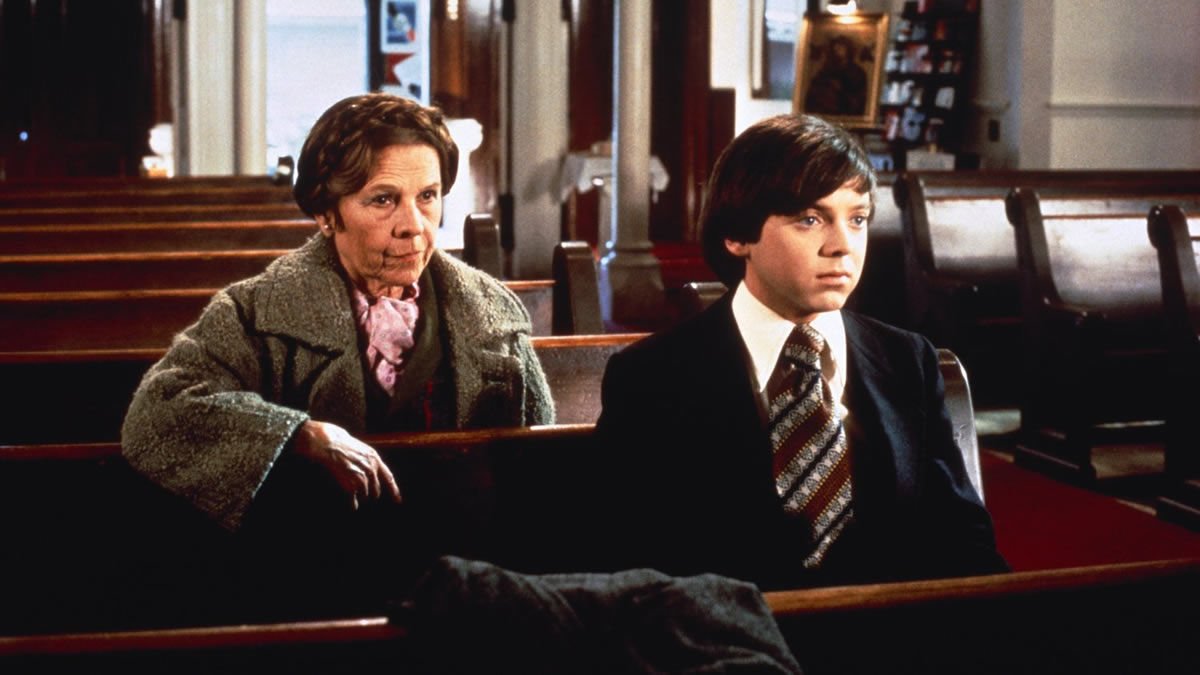 Age differences in movies have never been an issue for filmmakers, but the unconventional pairing in Harold and Maude, Hal Ashby’s 1971 black comedy is a thing that only a viewer can really understand. The film follows the life of Harold (Bud Cort), a 19-year-old disturbed young man with an obsessive idea of death, and his accidental meet with the lively 79-year-old Maude (Ruth Gordon) who changes his perspective of life forever.

The parallels start with the simplistic coming-of-age tropes and go into more adventurous situations that the duo at its center goes through. And while a slight and beautiful romance develops here, unlike Licorice Pizza, the movie leaves you with a melancholic afterthought. 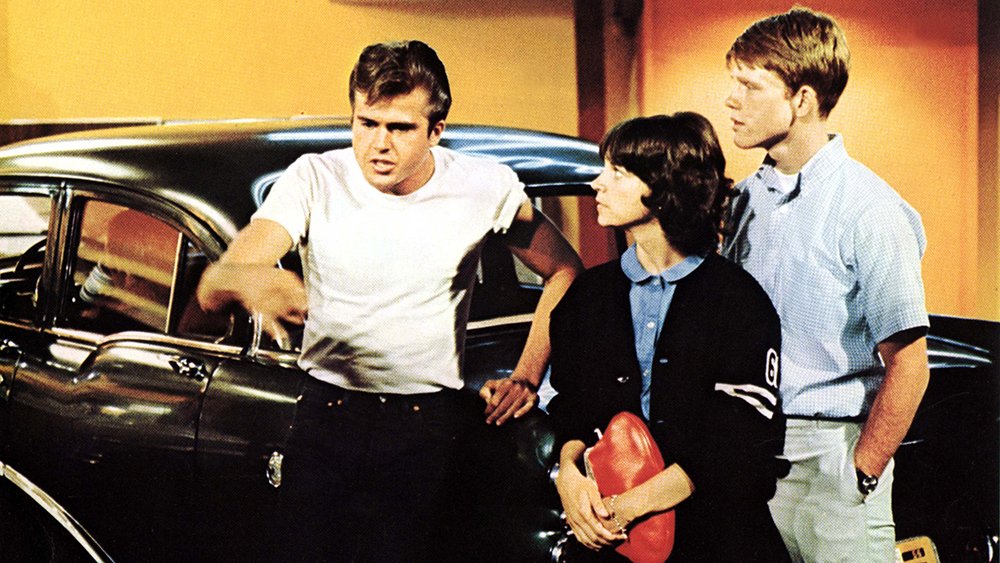 While everyone knows George Lucas as the man who birthed Star Wars, very few talk about his 1973 feature American Graffiti. For what it’s worth, this is a truly influential film that shaped what teenage movies looked like further down generations. To say that it wrote a few tricks that people follow to this date, wouldn’t be a statement that is false.

As a film that dabbles in high schoolers who are on the cusp of losing their innocence for more difficult things that comprise them being mature, American Graffiti can be a great double feature to watch if you loved Licorice Pizza. It has that fun, happy, and nostalgic vibe that completely inhabits the 70s, giving us a portal into the streets of California seen through the eyes of teenagers who are growing up. 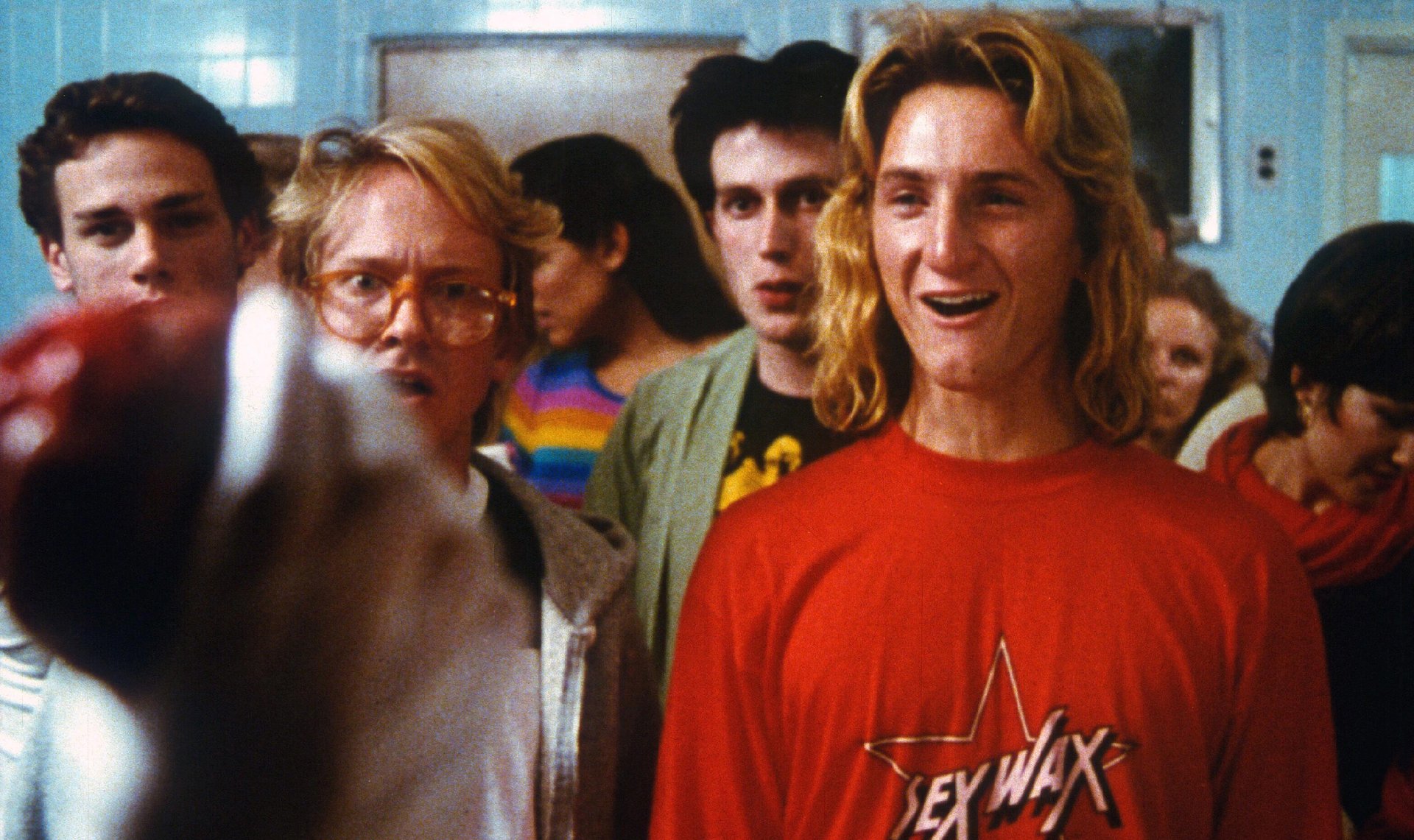 A slurry of other subplots ensues with this coming-of-age comedy also taking place in San Fernando Valley, much like PTA’s film. Teenagers run around, fall in and out of love until reality hits them with a punch. While more explicit and less wise than the movie in question here, Fast Time at Ridgemont High will still be an eligible entry for a double bill. 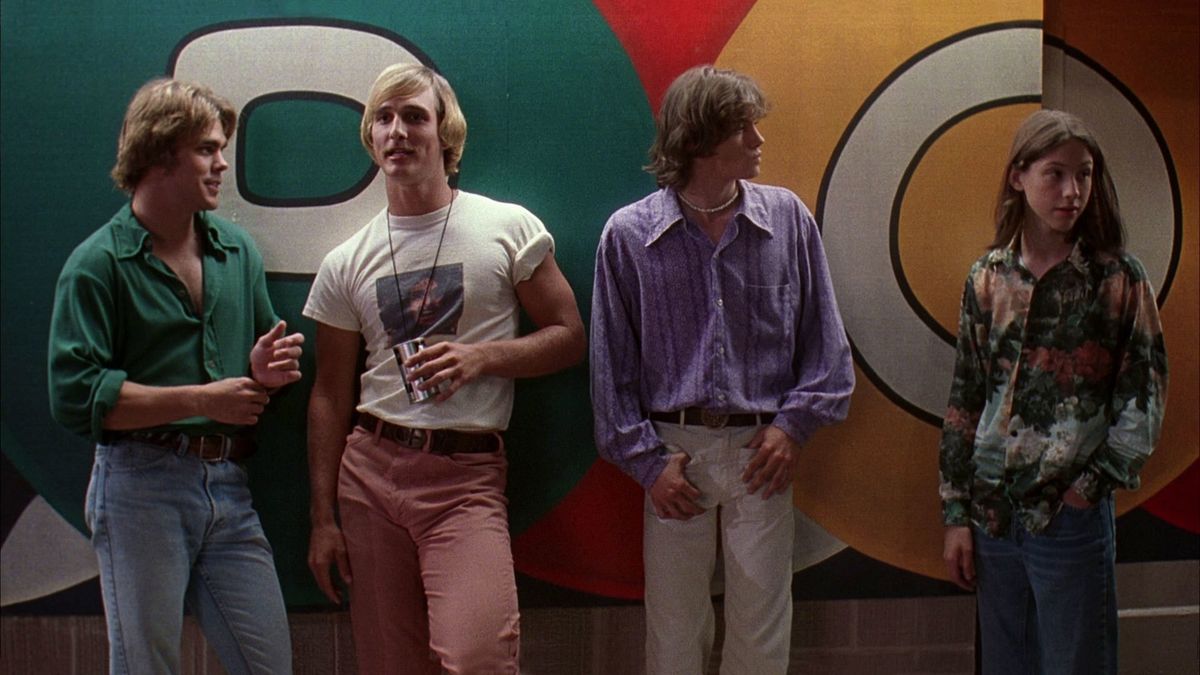 The first of the two Richard Linklater films that make this list is his 1993 stoner comedy “Dazed and Confused.” Known mostly for its ensemble cast of young actors who later became stars, this high school comedy follows a group of Texas teenagers on the last day of school in 1976.

From its use of classic 70s soundtrack to slowly turning its high jinx into more palpable and serious subtext, both Dazed and Confused and Licorice Pizza are movies that understand what it is like to be a young person struggling to find a balance between starting their life and finding solace in people that understand. 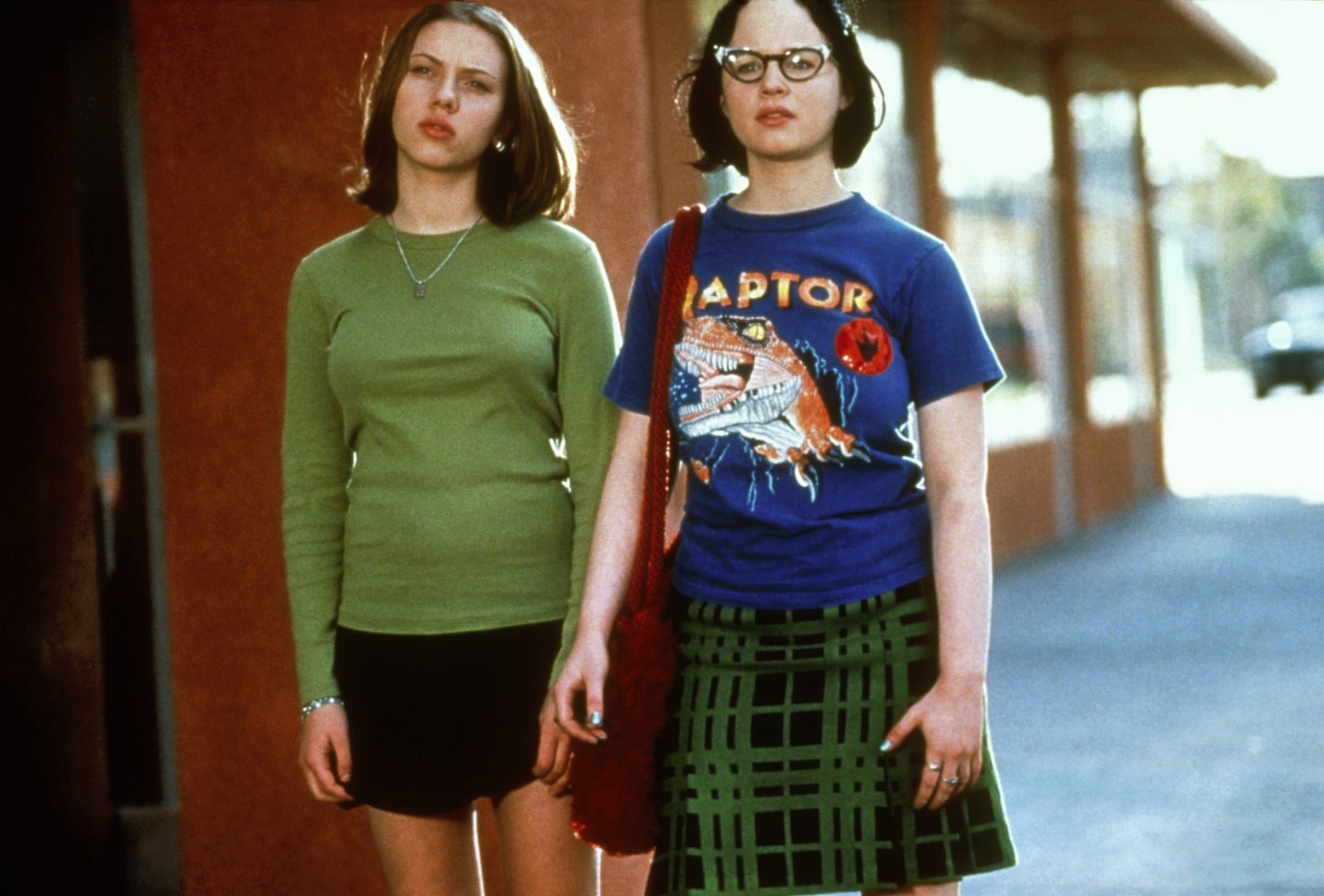 This is another entry that might surprise a few people, but I can justify its existence only if you give me a chance. Ghost World, the 2006 black comedy by Terry Zwigoff is about a duo whose narcissistic tendencies don’t really fall through when we dig deeper into their clueless and meandering existence.

The fact that Thora Birch’s Enid falls for a much older guy played by Steve Buscemi, but fails to acknowledge it is another tipping point here that makes me want to put it in a list of movies that one would enjoy if they have loved Licorice Pizza. But to give a basic topping to what I just said, just watch this underseen gem of a film no matter what. 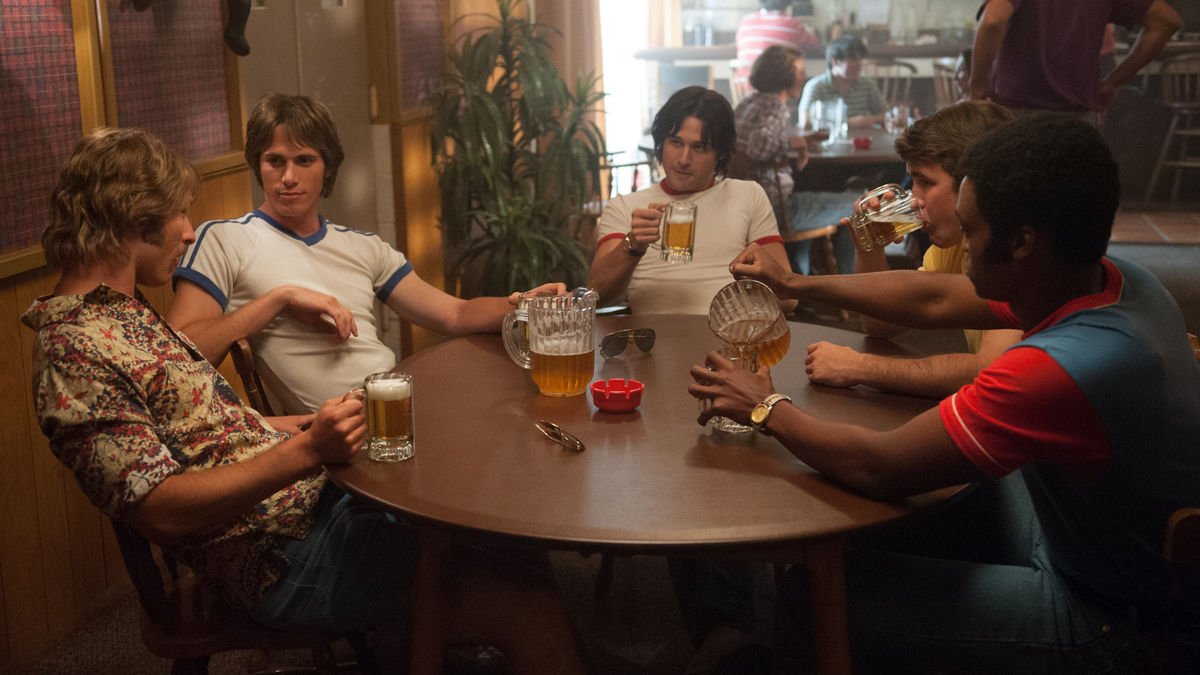 A recent film that truly stands along with the freewheeling spirit of PT Anderson’s latest is Linklater’s 2016 film “Everybody Wants Some.” This spiritual sequel to Dazed and Confused follows a group of college Baseball jocks who defy rules and act how they are – completely obnoxious assholes.

As far as movies related to Licorice Pizza are concerned, Everybody Wants Some is full of nostalgia, a 70s classic soundtrack, and a naturalistic and easygoing spirit that topples the people in it towards edgy ends. However, like most films that know how to end things on a high note, both of them leave you will a sense of having lived with these people for a while. And for a movie that talks about growing up, that’s a great place to be.

Watch Everybody Wants Some on Prime Video

Mr Bachmann and His Class [2021] 'MUBI' Review: A Hope-Full Insight into A Unique Classroom