My Dog is Sick ‘Wench Film Festival’ Review: Isolation can be both emancipating and limiting, ushering in promises of experiences that push the limits of our contrapuntal identities as human beings, along with the inevitable pushback that comes along with imbalanced power dynamics. Sexuality lies at the core of the human experience, complemented by intense, volatile, and ever-changing emotionality (or lack thereof, in some cases), and the exploration of these hues in cinema, one can argue, is a dire necessity.

To call Sapna Moti Bhavnani’s silent avant-garde fantasy horror, My Dog is Sick (Mera Kutta Bimaar Hai), a “bold” exploration of these themes would indeed be reductive, as the film eclipses the established (and wide-randing) definitions of the term, etching a narrative that is both tinted in beauty and terror. Exploring the shifting dynamics of a couple in isolation, My Dog is Sick deftly explores the complex strands of role play, bondage, and the shifting emotionality that accompany these experiences, ultimately resulting in an ouroboros of submission, domination, and eventually, liberation.

The film opens with a couple (Rajshri Deshpande and Anshuman Jha) lounging in their apartment (which is, in actuality, Bhanavi’s space, and is hauntingly beautiful), in a state of intimate, vulnerable listlessness that two people in love often share. Deshpande dons a bright pink wig and the couple wears netted, skin-tight outfits, which are gradually discarded as the film progresses, symbolic of the intensity of their dynamic, which is constantly shifting. Despite the candy-colored, vibrant look of the film, accentuated by neon light strips wrapped out Deshpande’s character as she dances in leather fetish gear, the undertones take a darker, more complex turn when a dog collar and leather muzzle is placed on the woman, while the man “trains” her to fetch a newspaper across the room, as one would a dog. This transformation, this role play, which brings about a drastic shift in power: it is difficult to pinpoint who exactly holds complete power, as is the case with dominant-submissive dynamics, as the definitions are less clear-cut and more nuanced than standard definitions of power play. 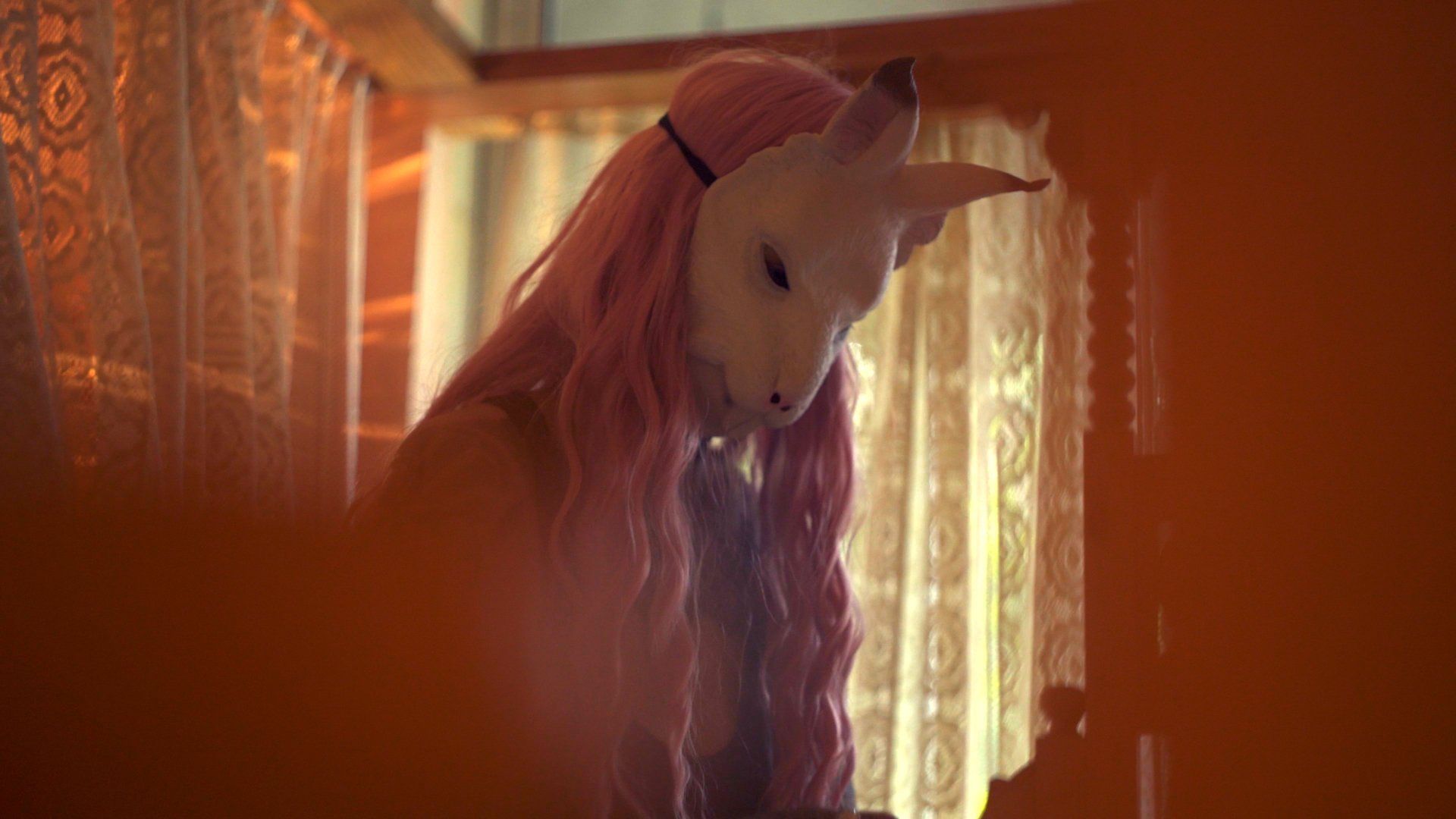 Comparing the narrative to the five stages of grief, Bhavani creates an experience that cannot be replicated, as there is something deeply personal and innately interpretative about My Dog is Sick, which is, quite frankly, one of its greatest strengths. The true meaning of freedom is debatable, as what sets us free will invariably differ as per our worldviews, influences, and life events, and although the film is steeped in dense symbolism that can be dissected in any number of ways, Bhavani keeps the ambit of meaning refreshingly open.

One does not have to partake in bondage to understand Bhavani’s vision on a humane level, however, it is important to acknowledge that My Dog is Sick is not a film for everyone, which does not necessarily take anything away from it (quite the contrary, in fact). The caverns of the human mind, which houses interconnected emotions like desire, repulsion, hubris, and insecurities at the same time, is expertly delved into via the dynamic of the central couple along, aided by Bhavani’s own appearance in a role that is equally open to interpretation.

Love is often driven by a need to consume, to devour, to take control, and submit – which can be beautiful under certain circumstances – but what occurs when losing oneself and hiding behind the masks we don in life becomes suffocating? Some akin love to a religion, a devotion fueled by excesses, while others believe it is simply about being held and being free at the same time. The boundaries remain elusive and thought-provoking nonetheless, and My Dog is Sick captures this feeling with remarkable depth, while also crafting a tale about gender, the female gaze, the desires of the flesh, and the need to find meaning in emptiness. Bhavani explores how pain can be therapeutic in certain ways, pushing us to embrace our shadow selves, instead of stifling those parts completely in an attempt to don a garb of normalcy.

“Is my pain all your freedom?” is truly the mantra that dominates most of the film, ending on a note of hope, which, as in reality, is always tinged with messy bittersweetness.

MY DOG IS SICK WAS A PART OF THE 2022 WENCH FILM FESTIVAL. YOU CAN STREAM THE FILM HERE

A Place in the Field [2022] 'SBIFF' Review: A Beautifully Shot, but Predictable, Roadtrip Drama To Address Mental Health in Veterans