*It’s a Spoiler-filled Write-up, Read only if you have seen the film*

The relationship between a father and his son is beautiful but strange. In one lifetime, they play so many roles in each other’s lives. In the beginning, their conversations are like a Teacher and his disciple when the young one is new in the world and has an array of questions about anything and everything. Time goes by and they become friends, the father becomes his young one’s first pal. Time goes by further, the son grows up and the two creates an invisible wall between them, their conversation becomes like those between acquaintances who care for each other but don’t have much to talk about, this goes for the longest duration until the time the older man can sense that an end is now not far away and death, seems to him, a foreseeable possibility and suddenly the invisible wall starts to fade and it brings a strange kind of closeness between the two, once again.

Death takes a soul, a life, but to make it up to us it leaves something behind, a realization of the love and compassion you had with that soul once. Death, as it turns out, is often mistaken as a separator but in a rather profound way, it resurrects the lost bond between two people, death brings their souls closer; death is anything but a separator. ‘Death is a process’ says the old man who runs Mukti Bhawan, a place where old people come, putting it as blatantly as I could, to find death, but what they, indeed, find is that death is not a moment, but a process which brings up so many emotional entities on the surface, before finally showing up and taking one’s soul away. 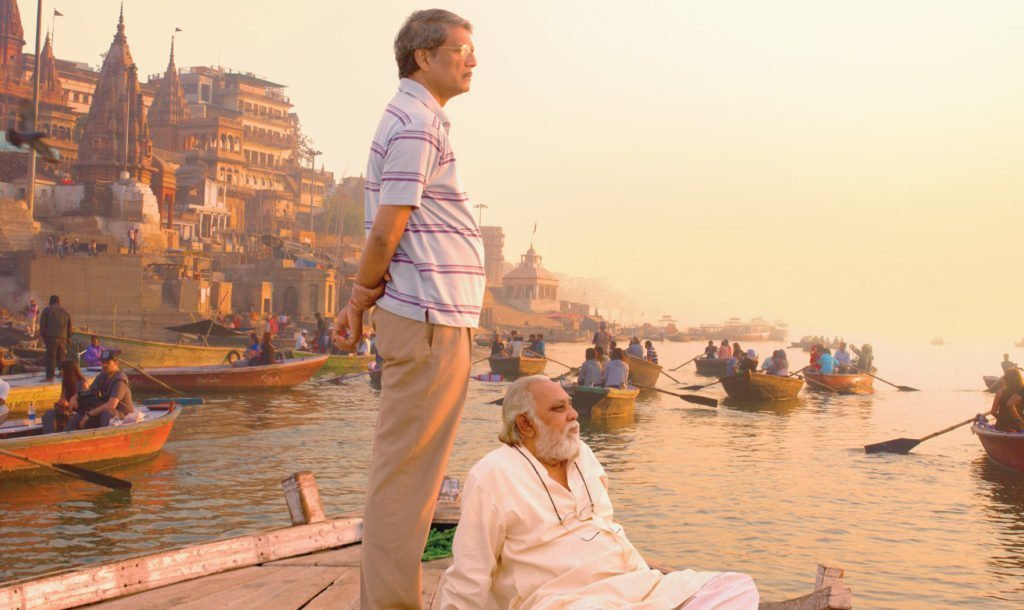 The Process of Death gives back a lot than what it eventually takes, there was a scene in which Daya [Lalit Behl] asks his son Rajiv [Adil Hussain] about why he stopped writing poetry and even though he grumpily replies that his beatings made him quit it, he was also pleasantly surprised that his father remembered fractions of his poetry about an old woman living in the stars.

In another scene, Daya, who is really fond of his granddaughter, tells Rajiv about how her daughter, perhaps, fears her own father. This is an important scene, where we see how in Indian households, there are generation skips in friendships inside a family. Grandparents become our closest confidante while the father remains at bay as only an authority. As we find out a little information about his supposedly authoritarian ways, Daya must have a similar equation with Rajiv when he was young and it seemed that he is, perhaps, trying to break this code with his progressive attitude and support towards his granddaughter.

One of my favorite scenes in the film was when the son asks his father whether he would like to reborn again in the same family. To which the father says, with a laughter, that he wouldn’t want to become human in every life and that he would like to be reborn as a Kangaroo because Kangaroos have pouches in which he can keep a number of things. In a way, he desired to have a life where he would want to seize more moments than he could savor in this life. 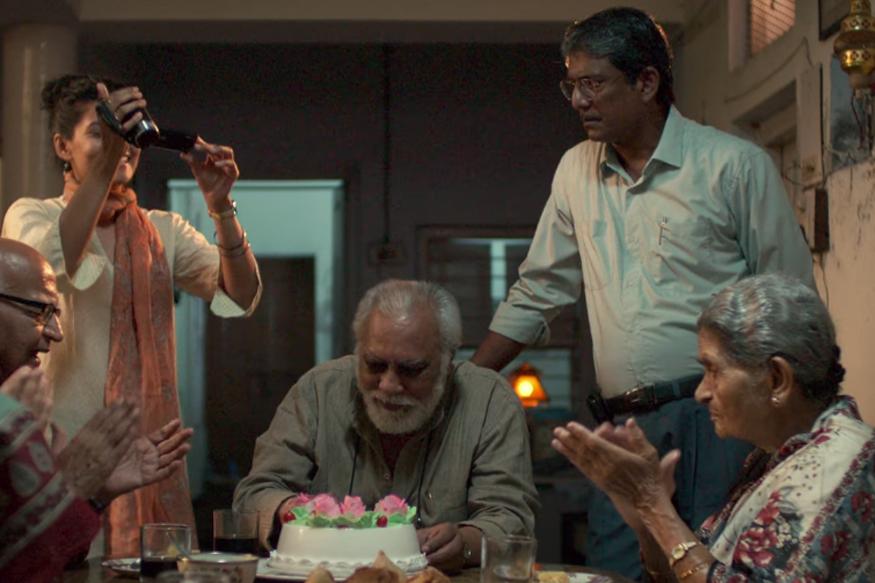 The film explores death as an important character itself, it has its ways and just because you check in to a certain Hotel Salvation, it’s not going to come to you. It will knock your door when the time is right, but for the time being, you can call yourself a Daya or a Natwarlal or any other name you want, Death will find your soul anyway. There were different shades of death in Mukti Bhawan, like the interesting contrast in the deaths of Daya and his friend Vimla. Their deaths were quite different in nature. While Vimla’s death, to me, was a defeat, as if she surrendered when even after 18 years she couldn’t have the ideal compassion from her family (her son, basically), Daya’s death was truly a salvation, a closure one gets after living a good life, at the time when he could easily admit that ‘after all these years, his son became a beloved to him once again.’