Is ‘The Good Nurse’ based on a true story?: The Good Nurse (2022) is an American Crime drama that had its world premiere at the 47th annual Toronto International Film Festival on September 11, 2022. It was released in select theaters in the United States on October 19, 2022, and currently (as of the article’s published date), it holds a 77% Rotten Tomatoes ratingbased on 56 reviews and a 65% Metacritic rating based on 21 reviews that translates to generally favorable reviews, before its streaming release on October 26 by Netflix.

The Cast of The Good Nurse

Tobias Lindholm, a Danish screenwriter and film director, helms with the film’s direction. He is a longtime Thomas Vinterberg co-writer (Festival favorites Another Round, The Hunt), and also wrote & directed critically acclaimed films like the Danish prison-drama ‘R’ (2010), A Hijacking (2012), and a War-Drama ‘A War’ (2015).

Jessica Chastain teams up with Eddie Redmayne for a wild, chilling thriller based on one of the most prolific serial killers in recorded history. 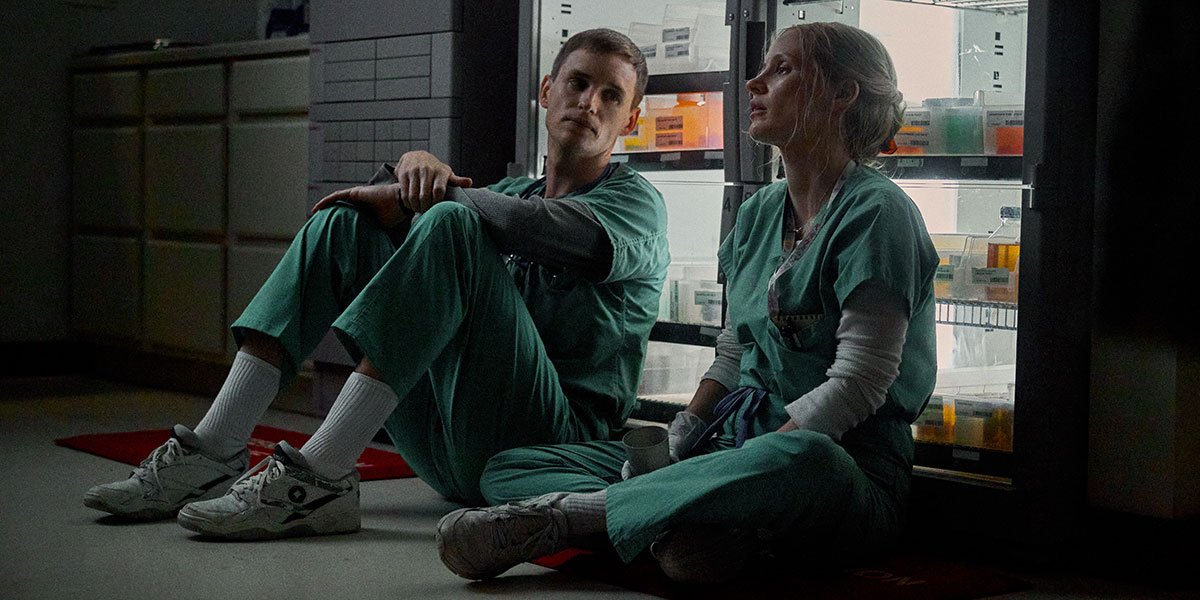 Is The Good Nurse Based on a True Story?

Who was Charles Cullen?

Charles Cullen appeared to have a very normal life as a working nurse and enjoyed healthy relationships with patients & nurses in the hospitals. It wasn’t until authorities at Somerset Medical Center became suspicious of Cullen that they discovered that he’d been looking into the records of patients he wasn’t assigned. Later, Amy Loughren reportedly told the police about Cullen accessing drugs and his possible connections with the deaths of numerous patients. Cullen was dubbed “The Angel of Death” after the full extent of his crimes was revealed.

Cullen reportedly had a troubled childhood wherein the students in his school bullied him, and later, fellow officers at the Navy bullied him. Cullen was discharged from the service after his failed attempt at suicide, so he started studying nursing at Mountainside Hospital’s nursing school. He subsequently began working at the Saint Barnabas Medical Center in Livingston.

According to The Sun, while working as a nurse, Cullen would go through the records of patients at all the hospitals he worked to choose his victims. His first killing happened in June 1988 at the Saint Barnabas Medical Center. He allegedly killed one of his patients by giving them an overdose of intravenous medication.

After quitting his job at Saint Barnabas Medical Center, he continued killing defenseless patients at Warren Hospital in Phillipsburg, at Hunterdon Medical Center in his next job, leading up to his final position at Somerset Medical Center during the early 2000s.

Cullen was arrested in December 2003 after authorities asked Amy Loughren to wear a wire and talk to the nurse for a confessional. Following his arrest, Cullen confessed to killing 40 patients in a span of 16 years. He escaped the death penalty as he entered into a plea agreement with the authorities, which required him to help investigators identify his victims. According to The Sun, Cullen was sentenced to 17 life terms.

How did Amy Loughren Helped Put Her Serial Killer Colleague Behind Bars?

Amy Loughren was a nurse working at Somerset Hospital in New Jersey and living in upstate New York with her two young daughters. In 2003, Baldwin and Braun visited Somerset Medical Center to investigate abnormal lab reports after the deaths of several patients. They interviewed staff, and right away, Baldwin noticed something special about Loughren. “She came across as a strong-minded, intelligent individual, so I rolled the dice and revealed some of our findings to her,” recalls Baldwin in an interview to PEOPLE.

Baldwin showed Loughren a record of the names and dosing information of drugs that her colleague Cullen had withdrawn while on duty in the ICU. “It was very, very obvious there was something not right,” says Loughren.

In the film, Loughren slowly realizes that two patients died of insulin overdoses, noticing the unusual mistake on their respective health charts. She slowly puts the pieces together, concluding that Cullen was discreetly injecting IV packs with lethal doses of medications such as insulin.

She agreed to wear a wire and meet Cullen at a restaurant, where she hoped to coax him into admitting his crimes while detectives waited outside. “I was terrified,” she said in an interview to PEOPLE. She was also morally conflicted. “I was wrestling with how much I still cared for him. He was my friend. I didn’t know the murderer.”

That soon changed. After some casual pleasantries, Loughren confronted Cullen about the sudden deaths he had caused at the hospital and offered to go with him to the police station to turn himself in. Cullen’s response haunts her to this day. “He sat straight up. The color of his eyes changed. He put a smirk on his face and said, ‘I’m going to go down fighting.’ “

Where to watch The Good Nurse

Interview With the Vampire (Season 1), Episode 5: Recap & Ending Explained – Why Does Lestat Try to Kill Louis?

House of the Dragon (Season 1), Episode 10 (Finale): Review, Recap and Ending, Explained - Which Dragon Can Match Vhagar? What to Expect in Season 2?