Now and Then (Season 1), Episode 7 Recap and Ending Explained: In the penultimate episode of the season, ‘Now and Then’ brings back its previous briskness. It also makes a terribly bold choice with a certain character, one that has the capacity to make or break the final outcome. But it would be wrong to complain about this choice as prior to this, the mystery had turned into repetitive tedium. Marcos remains the show’s least likable and most uninteresting character but at the same time, is part of the show’s most believable tender sequence up until now.

In 2000, Sully is notified about Marcos’s fingerprints being on Jessica Thompson’s car. As it turns out, he too went to check if she was alive, though after Pedro and in the process, left his fingerprints. When Sully visits Marcos’s home, a terrified Marcos evades him and runs away to Sofia. There, he requests her to leave with him for Colombia, which she does. At the last moment though, he reneges out of nervousness, enraging Sofia. Pedro is shown trying to kill himself by drowning, owing to the duress of the secret. But a vision of Alejandro saves him and he confesses to Ana that he accidentally murdered Jessica Thompson.

In the present day, Flora’s breast cancer has metastasized, so she has to undergo a mastectomy. Belinda continues working on the case. She goes to Hugo, who has woken up from his coma, and asks him about how Daniela could’ve procured the blackmail money given her financial status. Hugo denies having any knowledge about that. At the same time, he also tells her that on the night of Daniela’s murder, she forcefully asked him to leave with the bag containing the blackmail money, late at night. On his way out, he noticed a black SUV with a teddy bear sticker on the rear windshield, parked outside their house. Belinda’s investigation leads her to the police archives where she discovers that two crucial pieces of evidence were reported missing, which included tape no. 35 from Daniela’s videotape collection. Before undergoing her surgery, Flora visits Hugo and informs him that his biological mother didn’t die in the accident but was actually murdered. 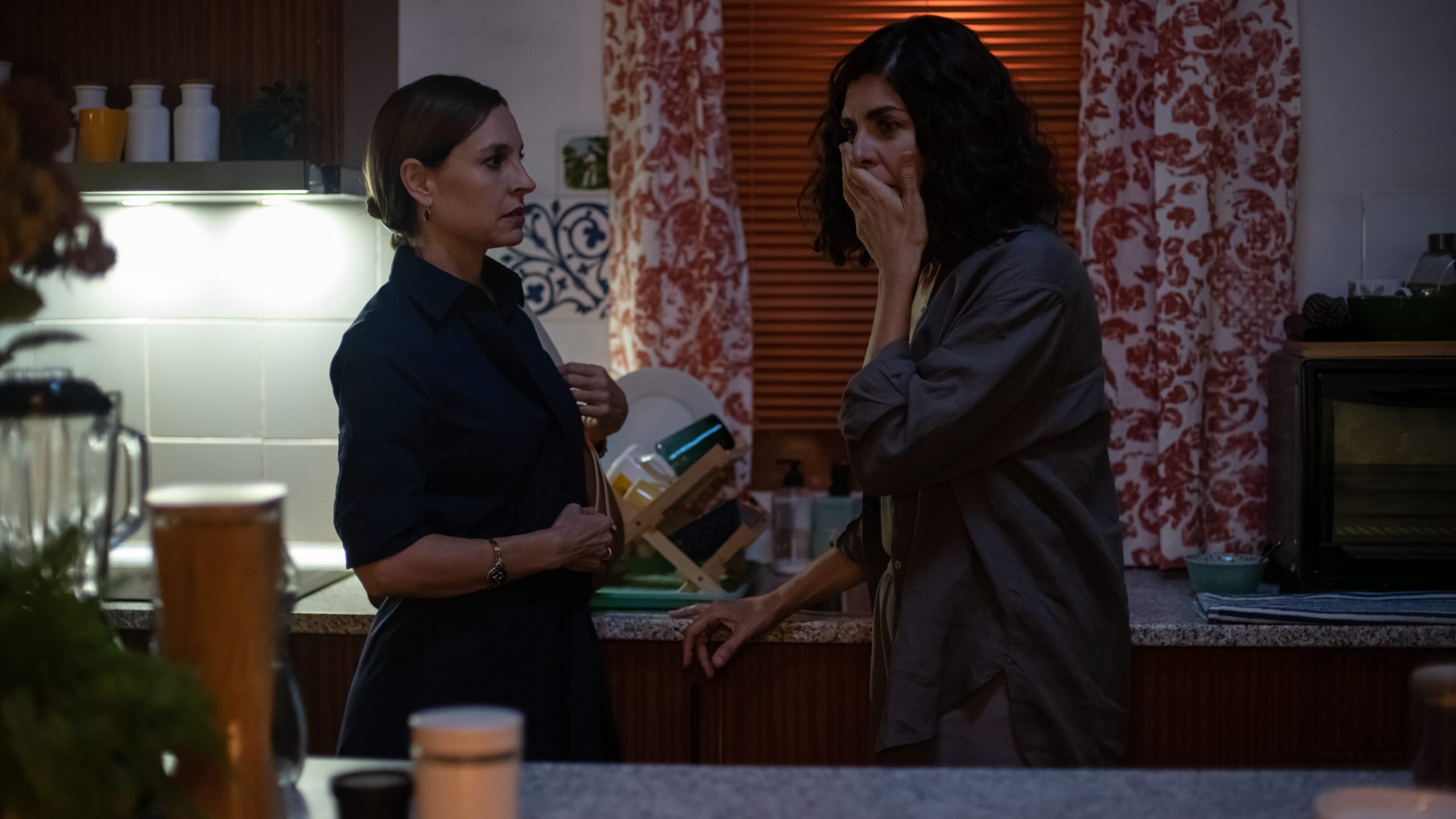 It is election day and Pedro is a nervous wreck. After casting his vote, he continues to not denounce Ernesto publically. He’s also desperately searching for where Ana was on the night of Daniela’s murder. He finds out, from the GPS record, that she went to Daniela’s house. The predictions show that in all probability he will not win and amidst this bedlam, Ernesto shows up at their office, much to Marwen and Ana’s chagrin. Pedro privately tells Ernesto that he’ll have his case dismissed once he becomes the mayor. Ernesto states that if Pedro loses, he will reveal to everyone what really happened with the missing money. Marwen tells Ana that owing to her shrewdness, she should’ve been the mayoral candidate, which reminds her of a similar statement from Alejandro back when they were together. Pedro loses the election. Back home that night, after bonding with his son, he receives CCTV footage that he had requested, revealing Ana’s late return with bloodied hands on the night of Daniela’s murder.

After Marcos wakes up from his unconscious state, Sofia tells him that she’s booking their flight to Colombia. He is unsure about such a quick departure. Around the same time, Isabel comes to visit Marcos and is shocked to find Sofia there, in her bathrobe, and their plan to leave for Colombia. She tells Sofia that whatever the two of them have, isn’t real and leaves. Sofia receives a call from Hugo, who asks her whether she killed his mother and she vehemently denies this accusation. Marcos realizes he can’t chicken out and abandon Sofia at the last moment again. So he goes to his father’s house, inviting him to a boating trip under the pretense of spending some time together. Then, he quietly disables the security system in Arturo’s house. The two leave for their boating trip, where they seem to share a proper filial bond for the first time.

Marcos notifies Sofia that the two of them are out, at which she sneaks into Arturo’s house. Without the alarm system, she easily reaches the safe but as she is stealing the cash, she notices Daniela’s tape no.35 hidden there.

Pedro confronts Ana about the evidence he has recovered, which makes her a suspect in Daniela’s murder. She is disgusted at the accusation and denies it, asserting that she’s always protected the two of them. A flashback reveals that she visited Daniela because she knew her to be the blackmailer. When a fight broke out, Daniela blamed her and Pedro for having benefited from Alejandro’s death. This infuriated Ana who smacked her really hard, causing Daniela’s nose to bleed and instantly making her regret it. She left after that, hence showing us that she isn’t the murderer, nor is the black SUV with the sticker hers.

Belinda goes to Flora’s place to tell her about the discovery she’s made when Sully shows up at the same time. He unknowingly informs her about Flora’s cancer and offers to drive Belinda to her hospital. As she is showing Sully her discovery, she notices the teddy bear sticker on the rear windshield of Sully’s car. Before she can do anything, he knocks her out cold.