We’re All Going to the World’s Fair (2021) Movie Ending Explained & Themes Analysed: “We’re All Going to the World’s Fair”, director Jane Schoenbrun’s feature debut, is an immediate retrospective for its viewers. Especially for viewers who spend a major chunk of their daily hours in front of a computer screen. The relatability quotient of this film would be quite high among the Internet-savvy generation. Schoenbrun’s film, which is billed as a coming-of-age horror, reflects the angst of many. The darkness of isolation and depression the film carries is bound to resonate with people from every spectrum. Schoenbrun tries to paint the horror of that darkness, where the only source of light is that dimming one coming from the digital screen.

The film is not particularly pretty to look at. Nor it was supposed to be. The look of the film is reflective of its budget. The found-footage style cinematography of the film also goes well with the unsettling horror feel the film intended.

Uneasiness is perpetual when the camera pans to Casey (Anna Cobb), the lead of the story. The film might not satisfy the conventional horror fans, but director Schoenbrun asks for a little openness (we will see why in the ‘Themes Analysis’ section). However, there are a couple of genuinely freaky and scary scenes.

Speaking of unsettling, Anna Cobb turns a tour de force performance. Her screen presence graduated slowly from that of a pitiable teen to madness-infused volatility. The screenplay provides her with plenty of scopes and she revels in that unpredictability. One of the finer horror acting performances of recent times; and that is saying something as there have been quite a few great horror films with great performances.

We’re All Going to the World’s Fair Movie Plot Summary and Synopsis:

The film starts with Casey trying to enter an online challenge known as “The World’s Fair Challenge.” The challenge is supposedly a gateway to supernatural experiences. In the initiation ritual, each participant has to offer blood, which Casey does by pricking her finger. The nonchalance of Casey while drawing blood is the first taste of uneasiness for the viewers.

The “World’s Fair” challenge, like any other viral challenge on the Internet, is filled with videos of participants performing their challenges. The participants record their symptoms and upload them on the forum. The videos varied from weird to bemusing and then highly disconcerting. A boy claims to feel the game of Tetris happening inside his chest, a woman shows she has become all plastic. 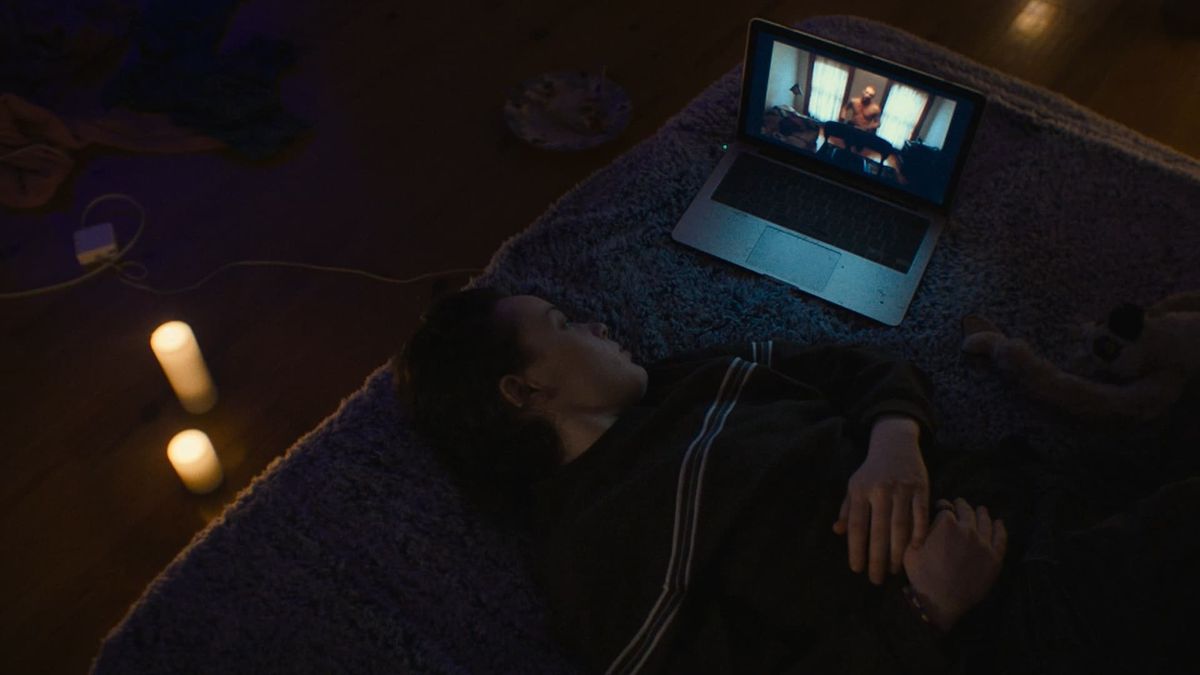 Casey also follows suit. She starts to upload videos where she recounts her childhood experiences, and comments on some changes she is feeling since the start of the challenge. One night she is contacted via a video message containing her own distorted picture by a stranger called “JLB.” This JLB claims to be another participant of the challenge and an experienced one at that.

JLB says that Casey is feeling the symptoms of the higher power of the challenge. He encourages Casey to continue uploading more videos. Casey decides to document herself sleeping. In one such video of Casey sleeping, JLB notices a truly scary phenomenon. In that video, Casey makes a menacing and eerie smiling face, seemingly in her sleeping state.

As JLB highlights to Casey, in their next Skype call, Casey continues to show signs of concerns in other videos as well. In one video, she records herself dancing and singing; but shrieks loudly mid-performance. Then she continues to dance as if nothing happened. In another video, she talks about killing herself or her father. The peak of her affliction is reached when she records herself performing with glow paints on her face and lights off. She rips her doll apart. The doll, named ‘Poe’, has been with her since her birth. After several seconds she begins to sob while looking at the torn pieces of the doll.

We’re All Going to the World’s Fair Themes Analysed:

Existential Dread in the Age of the Internet:

There is plenty that director Jane Schoenbrun has addressed under the garb of this horror story. The existential dread in the modern age of social media and influencers is going to be extremely relatable, not only to the Gen Z but even to some older generations. Casey’s adolescent angst and isolation from the tangible world is something that every one of us is aware of, if not experiencing it all the time.

The path to be fitting in the modern world for a teen is also harder nowadays. Internet brings the constant reminder of a world perpetually moving ahead. A constant reminder of time is getting away. The pandemic has only increased that feeling. Distractions, of any form, have become paramount for all of us in the current scenario. The challenges, the games we play virtually, draw strangers together as passengers of the same journey. A journey to avoid the disappointing reality. 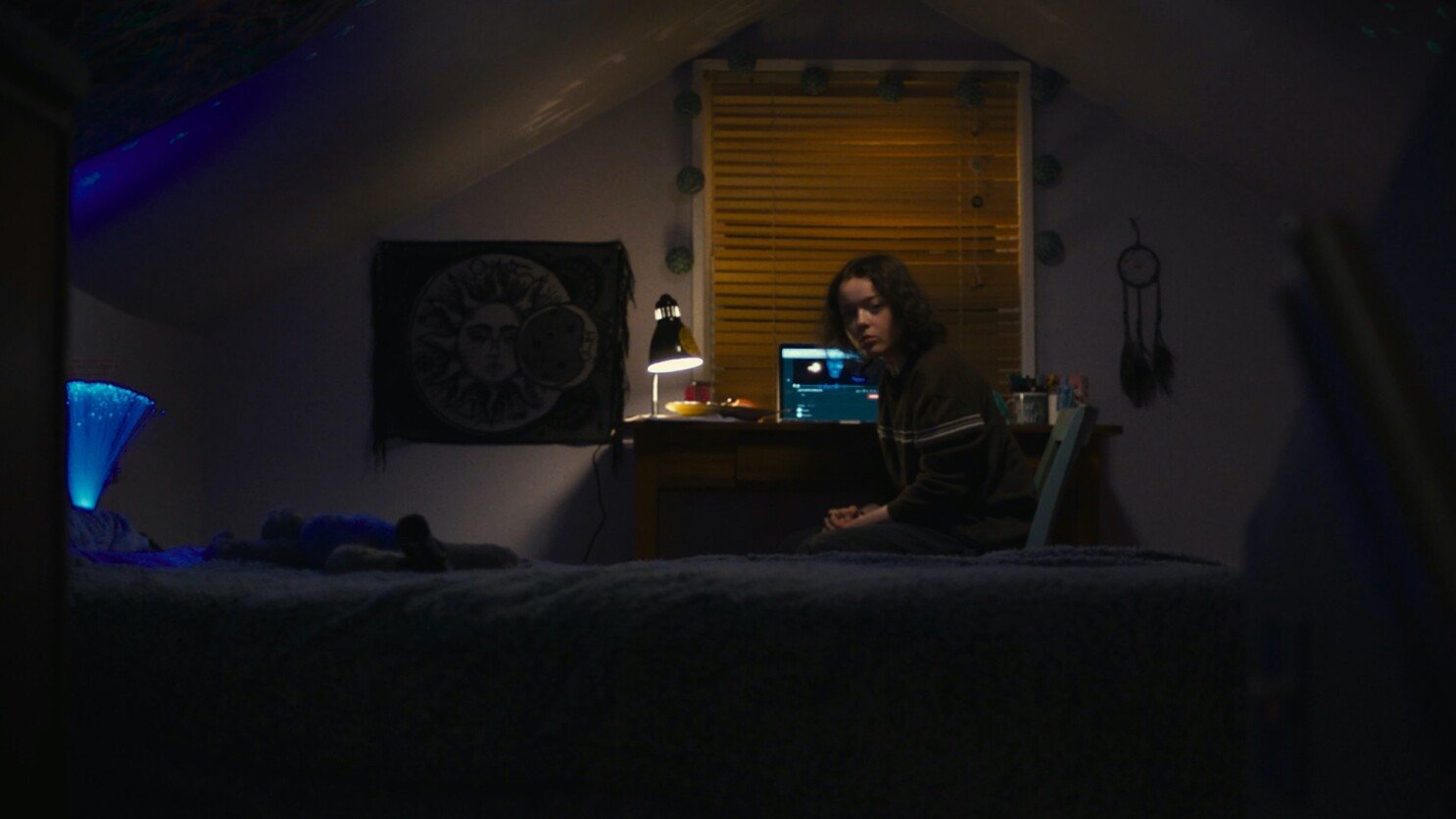 Then there is the gender dysphoria parallel established by Schoenbrun, who identifies themselves as non-binary. Casey’s constant fight to fit in while accepting her own self is definitely going to generate empathy among teens who are still trying to figure out, in terms of their assigned gender.

The last video of Casey, the one where she rips her doll apart, made JLB connect with Casey again. This time JLB, who is now revealed to be a middle-aged man, reveals that the entire “The World’s Fair” challenge is just a game. A gimmicky multiplayer role-playing horror game. The participants are merely performing a role. JLB tells Casey that he has gotten really concerned about her uploads and has thought about contacting the police as Casey does not seem to be playing a role.

Casey seems shocked and then quickly gets affronted at the idea of JLB trying to contact the police. Casey strongly claims that she has been pretending all along too. She is just so good at the game. The enraged Casey calls JLB a pedophile and disconnects the call. Disturbed, JLB tries to reconnect with her, with no response from the other side.

A year later, JLB tells to the camera that he had met Casey a couple of days ago. She apologized to him and they had a good time, talking and walking along the roads of the city. Casey had apparently taken psychological help. However, we are not shown any of this. JLB’s credibility as a narrator is not without its doubts. JLB has shown to be vulnerable too. There is no denying that there is a toll of the game, even if that toll is not supernatural.

Whether what JLB says really happened or it is something JLB wished and made himself believe; that would be an intended open-ended question. One thing that Schoenbrun perfectly highlights is how fragile Internet friendship can be when it wants to be that way.