Obi-Wan Kenobi has had a pretty solid run of episodes up until its third installment, taking viewers through an emotional roller coaster in episode 3 when Obi-Wan (Ewan McGregor) finally comes face to face with Vader (Hayden Christensen). Episode 4 feels more like a filler, which is not necessarily a bad thing per se —- however, considering that only 2 episodes are left in the limited series, the pacing seems a bit stagnant at the moment. Episode 4 of Obi-Wan Kenobi is a mixed bag, helming some pretty cool moments that are callbacks to other Star Wars properties, especially the game, Jedi: Fallen Order.

The episode starts with Obi-Wan waking up after being rescued by Tala Durith (Indira Varma), post his traumatic confrontation with Vader on Mapuzo. Before the Jedi Master can even process the weight of the events that occur, he realizes that Leia (Vivien Lyra Blair) has been kidnapped by the Inquisitors, and she is being kept in Fortress Inquisitorius on the water moon of Nur. While Nur has not been featured in live-action prior to this episode, those who have played Fallen Order will be intimately familiar with the Imperial base, as it acts as the seat for the final mission for Cal Kestis (Cameron Monaghan), who retrieves the Jedi holocron from the base.

As Obi-Wan suffers severe burns, he is put inside a bacta tank for accelerated healing. This scene has been crafted with great nuance, as there are parallel shots of him and Vader being in the tank at the same time, experiencing traumatic flashbacks in different ways. The past still has a hold on both men, and while they choose to process it differently, the pain is viscerally present. Obi-Wan is unable to accept the harsh realization that his former padawan, who was once so gifted and compassionate, has turned completely to the dark side and become an instrument for hate. Anakin/Vader might be experiencing the pain of losing everyone he ever held dear, although his pain seems to be tinged with resentment, and a hunger for revenge. 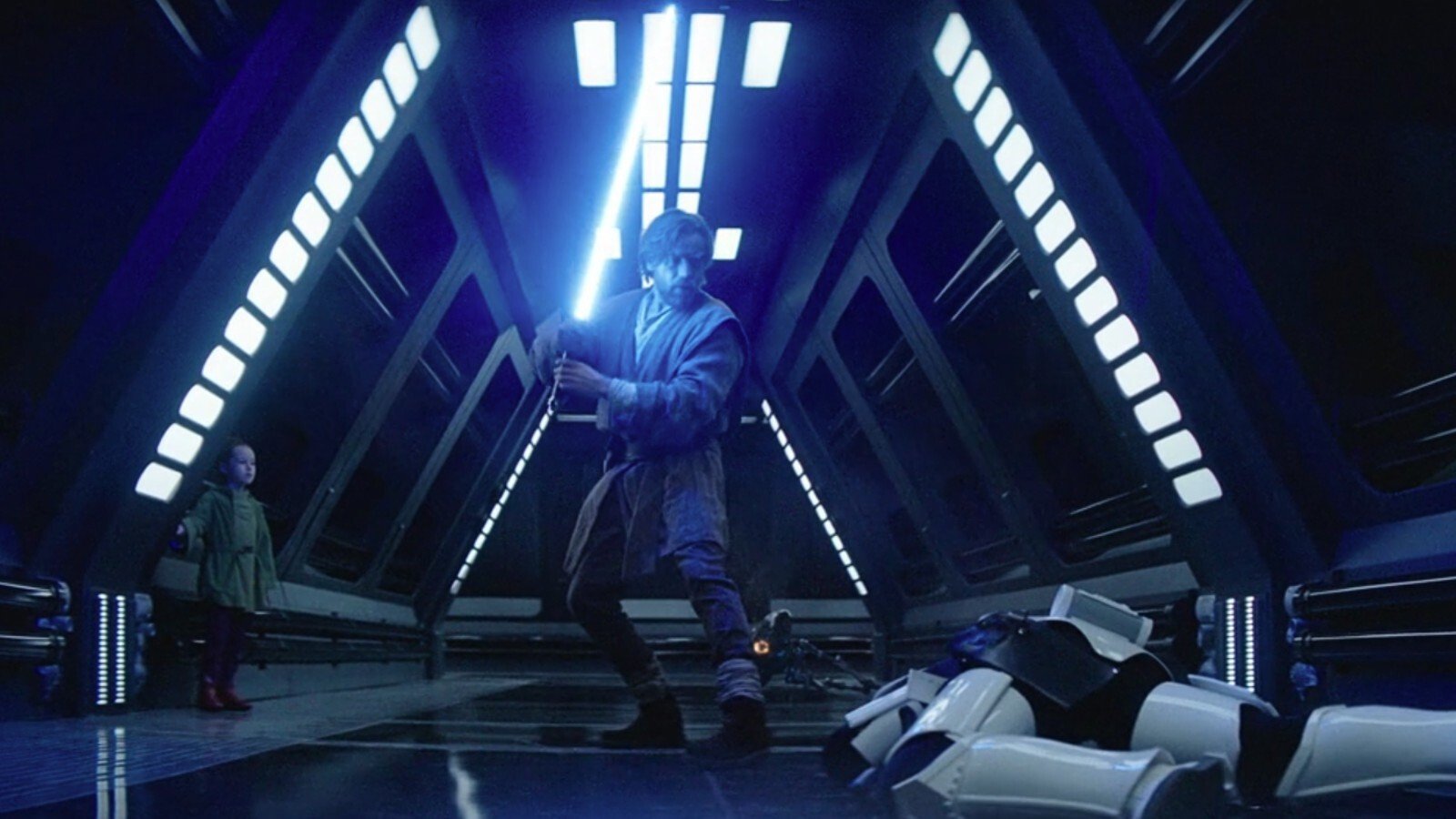 Tala tells Obi-Wan that psychological trauma needs time to heal, as the past finds a way to haunt us every day. This is where the show could have taken things a step further by inserting flashbacks from the Clone Wars or showing the Jedi Master reaching out to Qui-Gon Jinn for advice, but the focus is completely shifted to Leia’s rescue, which forms the crux of episode 4.

The final Nur mission in Fallen Order has Cal and Cere Junda infiltrate the Imperial base, and the former gets in via an underwater entry port. Obi-Wan does the exact same thing, with Tala using her Imperial Officer cover to enter the base and grant him access inside. Inside the fortress, Reva (Moses Ingram) interrogates Leia about the locations of possible Rebel bases, questioning her about the Path, while saying that something was taken away from her when she was a child. Vivien Lyra Blair is great in these tense scenes, showcasing the fear that a ten-year-old would feel while trapped in an enemy base, while also displaying the resilience Leia is known for.

Obi-Wan makes his way through the hallways of the base and comes across a room filled with dead Jedi kept as trophies, which is terrifying to witness, especially for him. Reva is unable to probe into Leia’s mind using the Force, but fails, and makes the decision to torture her in the Inquisitorius torture chamber, which is used to psychologically break Jedi for information. Thankfully, Tala manages to create a diversion (although not a very convincing one) which prevents Reva from going through with the torture, allowing Obi-Wan to stealthily make his way inside the chamber and rescue Leia. This particular sequence, in which Obi-Wan takes down two stormtroopers in the dark, with only his blue lightsaber illuminating the scene is one of the best moments of the episode, especially due to the fact that it is followed by him re-enacting his saber fight stance he is known for.

The escape part of the episode is pure Fallen Order, as Cal and Cere also escape by flooding the base with the Force, taking the main elevator to make it back to their ship, The Mantis. Obi-Wan enacts a variation of the flooding, in which a deflected blaster bolt creates a crack in the glass, and he uses the force to drown the stormtroopers coming his way. We also see Purgetroopers in the background, who are heavily featured in the game, known for their sadistic brutality, as they are advanced troopers tasked with taking down Jedi.

THE SETUP FOR A LIVE-ACTION CAL KESTIS

The tie-ins to Fallen Order were hinted at in episode 3 of Obi-Wan Kenobi, but episode 4 further strengthens the theory that a live-action Cal might show up in the show. This makes sense from a timeline perspective, as Jedi: Survivor, the upcoming sequel to Fallen Order, takes place five years after the events of the first game, which is exactly when the events of the shoe occur. As Cal was last seen on the Mantis with his crew, it is possible that he ended up in Jabiim whilst following the Path, and is part of missions that ensure the rebuilding of the Jedi Order. Hence, it is not completely implausible for Cal to show up in the show, and even cross paths with Kenobi, as it would add dimension to the story at hand, and reveal key information about how the Jedi Order was rebuilt from scratch with the aid of various Rebels, including Quinlan Voss.

VADER STEALS THE SCENE, LEAVING MORE TO BE DESIRED

As with episode 3, Vader is the scene-stealer in episode 4, without a doubt, even if his appearance is extremely brief. The way in which the shoe cuts to his enraged stomps reverberating through the halls, to him force choking Reva for failing him, is a brilliant way of showcasing his raw anger and brutality when it comes to his treatment of those around him. Vader does let her go, however, when she reveals that she has managed to plant a tracking chip that will follow Obi-Wan wherever he goes, which, honestly, is pretty uncharacteristic of him. Vader has killed people for less, and those who have played Fallen Order will remember how brutally he kills Trilla Suduri, the Second Sister, who was undoubtedly more ruthless and efficient than Reva has proven herself to be so far. Hopefully, this decision will be explained later down the line, instead of being played off as a convenient plot armor for a major character. 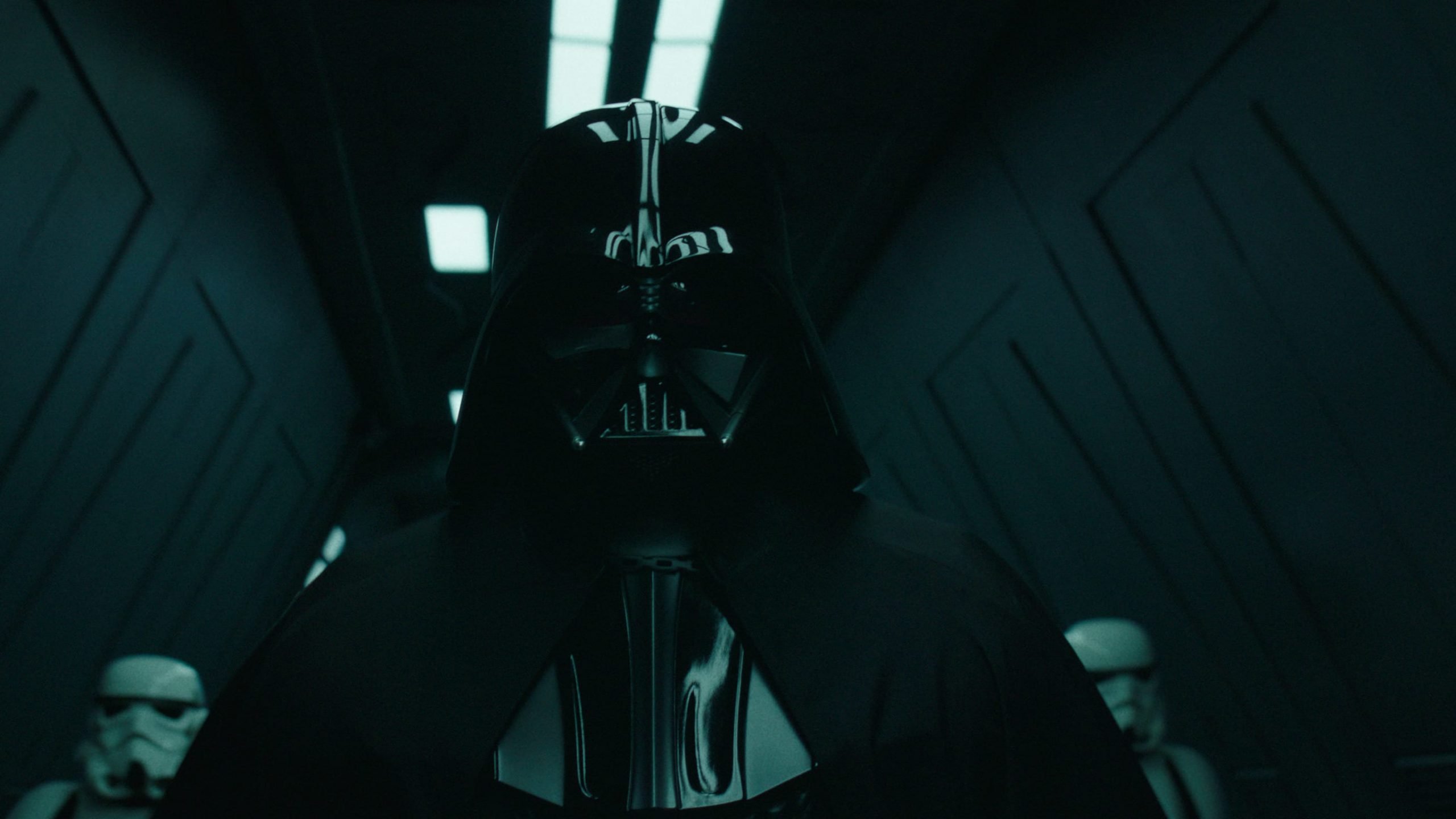 While Reva’s past surely holds all the answers for her current actions, the show should definitely try and resolve her arc within the last two episodes, which might prove to be difficult, considering the wide number of narrative threads that still await resolution. Episode 4 is a deeply flawed one, relying on visual/narrative aspects of a video game that is almost unanimously loved, which seems like more of a safe bet minus thoughtful, creative risks that could have paid off in better ways. Many questions arise: as the tracker is inside Lola, will Leia not be returning to Alderaan soon? Is the next stop Jabiim, as hinted many times by the show? What’s next for Vader and Obi-Wan, and how will the show address them clashing lightsabers again, if at all? What about Luke Skywalker and his safety? While Leia is also a priority, we have hardly been allowed to look into the kind of life Luke is living out, and how the events are shaping him as a child on a desert planet with limited resources.

While Reva’s past could be integral to the whole narrative, it would be interesting to dive deeper into Obi-Wan and Vader’s personal perspectives instead, especially the latter’s, as we have hardly seen Christensen in action, apart from the fight on Mapuzo, and the occasional scenes inside the bacta tank. What we actually get to experience in the end, only time will tell.

Episodes 1-4 of Obi-Wan Kenobi are currently streaming on Disney+.