An unshakeable portrait of inherited Islamist fervour, Of Fathers and Sons achieves a rare first-hand access into the everyday life of a fundamentalist's family in an attempt to observe the jihadist ideology closely, thoroughly, and with an uncompromising lens. Told with sheer honesty & audacity, Talal Derki's documentary never tries to inspire sympathy for these fanatics but simply shows their way of life as it is, and lets the audience decide for themselves.

An unbiased, unprejudiced & unfiltered observation of jihadist life and how extremist ideology is passed down through lineage, Of Fathers and Sons paints a brutally honest & unflinching portrait of children being brainwashed into following the path of hatred & violence by their own fathers, and it does so by capturing the everyday life of a radical Islamist family.

Of Fathers and Sons follows director Talal Derki as he returns to war-torn Syria under the guise of a war photojournalist claiming to be sympathetic towards Salafi jihadism, and gains the trust of an Al-Nusra Front militant’s family who allows him to document their daily lives. Filming the family for over two years, his camera records the indoctrination of these kids bred for one purpose; to continue the jihad.

The most striking thing about this documentary is the sheer honesty with which it is made. Derki doesn’t lend a critical eye while capturing the day-to-day activities and provides a rare, unadulterated insight into what it’s like to grow up in this so-called Islamist Caliphate. He’s risking his life by pretending to believe in their cause and is very careful in his approach as well as the set of questions he brings up.

It’s an audacious move, for just an inkling of what Derki was up to would’ve resulted in grave consequences, but the access he gets and the vital moments his camera is able to capture is indispensable information as it shows these fundamentalists to be what they are and what they are is people like any other when you bare them down to the base level. What separates them is their extremely misguided perspective.

Once again, Derki’s intention isn’t to inspire sympathy for these fanatics. He simply shows their lives as it is, and lets the audience decide for themselves. He makes a valid argument though that these terrorists are as capable of love & emotion as any other person and their love for their children is as genuine as any other parent. But their radicalised mindset also blinds them from realizing the lifetime of horrors they are grooming their kids for. 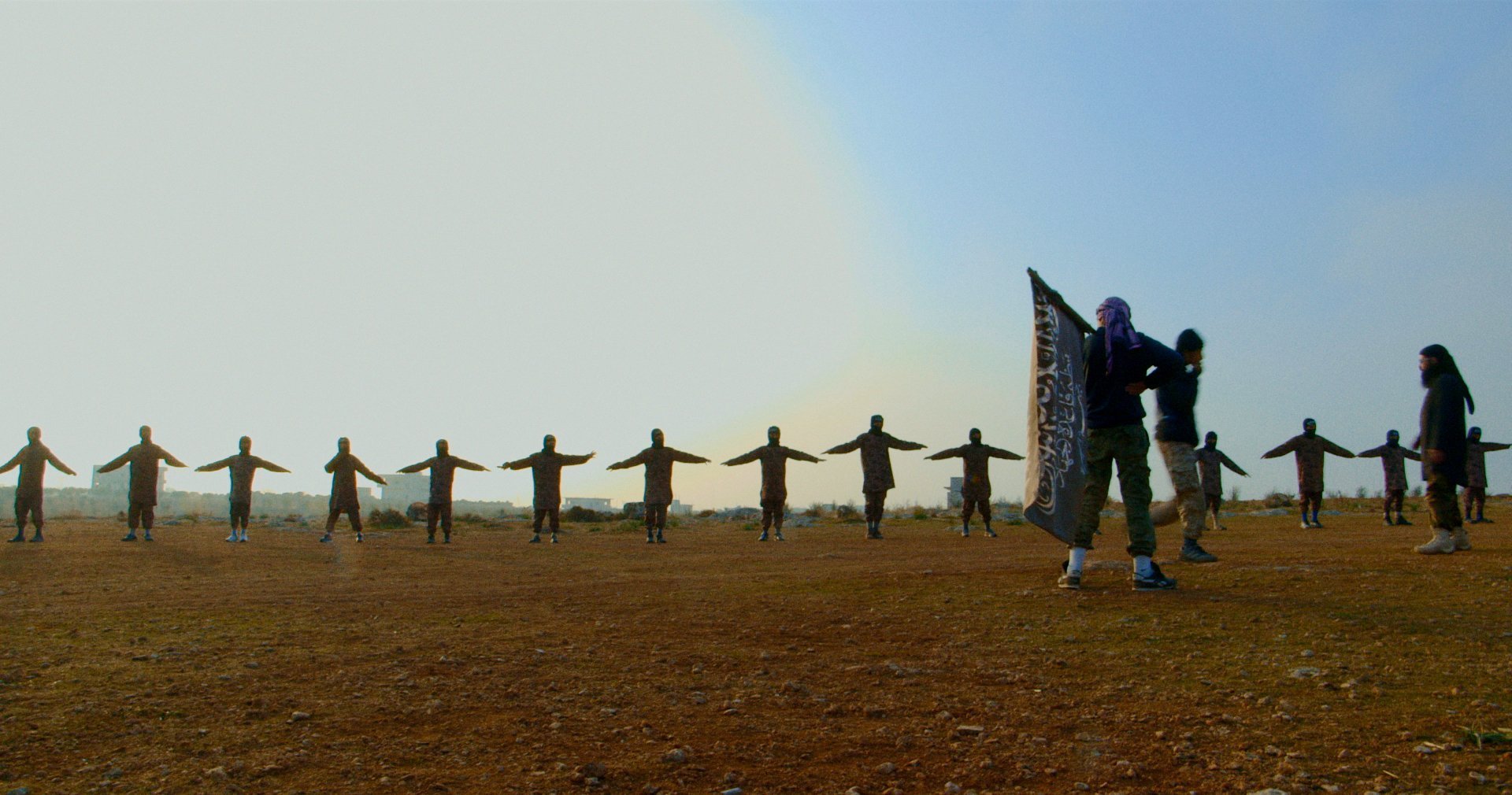 There are several moments in here that are disturbing & chilling to watch. From the family patriarch openly praising the 9/11 attacks – even naming one of his kids Osama in honour of Bin Laden and others after leaders of Al-Qaeda & Taliban – to these children receiving military training at terrorist camps, it’s actually unsettling to learn how deeply committed these jihadists are to their nonsensical beliefs. Also, women are nowhere to be found outside homes, their existence reduced to a mere object churning out children for future slaughter.

An undiluted portrayal of inherited Islamist fervour, Of Fathers and Sons achieves rare first-hand access by observing religious fundamentalism closely, thoroughly & with an uncompromising lens. Although Talal Derki’s film focuses on jihadist fanaticism in Syria, the mechanics of it can be applied to any extremist movement out there, for the cycle of hatred, prejudice & violence always starts at home first before surfacing elsewhere. As admirable as it is unshakeable, Of Fathers and Sons is essential viewing.

Spike Lee- He's Gotta Have It