Paterson lives with his wife and dog, in the Paterson area of New Jersey. On every weekday morning, he wakes up between 6 to 6.30, always (most of the time) a little ahead of his wife, eats his cereal and gets out. He drives the bus all day and comes back home. He and his wife dine together, talk about things; and then he takes the dog out for a nighttime walk. He goes to a bar and converses with the bartender, and some other people, comes back home and (possibly) makes love with his wife before going to sleep.

And that’s about it, nothing else.

Except there is one thing, Paterson loves to write. He writes poems about everyday things, from a matchbox to the windshield of his bus to the weather. He calls them love poems and he keeps them in his secret notebook, about which no one (except his wife) knows. He doesn’t publish them anywhere or has any wish like that. Also, he doesn’t use a smartphone because he feels the world was still going alright before the invention of those things.

Jim Jarmusch has always had a knack for the mundane, the ordinariness of human life. Most of his films have been pretty clear implications of that. In Paterson, Jarmusch takes it a notch higher by not only making a film as less eventful as this one, but he actually celebrates the normalcy and offers the audience a certain kind of pleasure in it.

While watching the movie, I started to sense that I was really enjoying watching it even though nothing is really happening. There was a beautiful, sort of strange kind of calmness in the film, where I could find a certain comfort. This is a very relatable, utterly normal story about an everyday couple where we see mostly same things happening every day, with a little but interesting change of events, which Jarmusch does by inserting very normal but essential character moments. There is this fantastic scene where Paterson interacts with a little girl, who also writes poems, which speaks volume about his directorial abilities. Also, at one point, there is a scene in the bar, which kind of breaks away the pattern and for one brief moment, you think maybe now it becomes eventful after all, but the movie smartly retreats to its earlier state, thankfully. 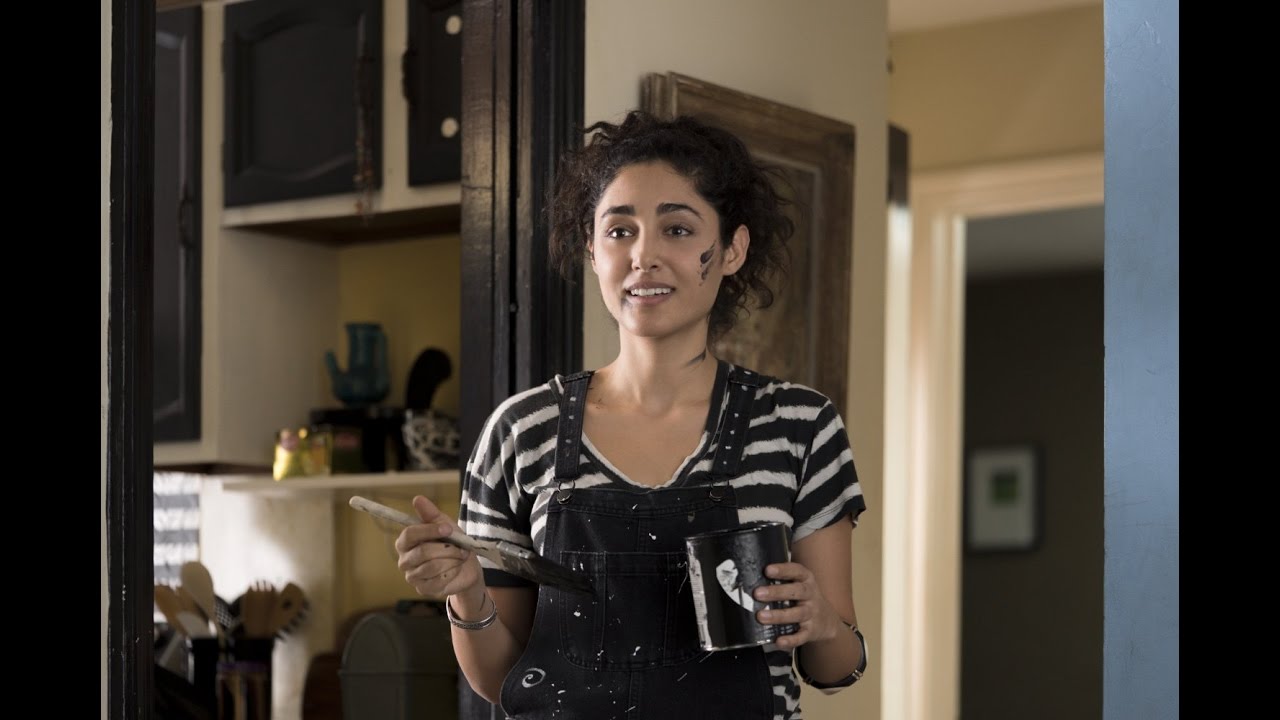 Another fine aspect of the movie is how it shows the necessity of having certain interest (or passion) to get through everyday life. It promotes the importance of art for people who are not professionally creative, in a way that no film usually does. The character of Paterson finds solace in writing poems. He takes things from his daily life and puts them into the paper, by sewing them with words. While his wife urges him to make a copy of his notebook and let the world know about his hidden talent, he doesn’t seem to care much. His wife, on the other hand, is interested in painting, playing guitar and has a passion for baking cupcakes (and selling them too) and while she is shown as a character seemingly more excited than her husband about everything, she doesn’t really go overboard; which ultimately balances out their equation.

Thematically, this is a very difficult film to make, and Jarmusch, being the veteran director has handled it extremely well. Adam Driver and Golshifteh Farahani (I have become an instant fan of her after seeing this) have given stellar performance by slipping into the shoes of these two characters and living them. The film is beautifully shot and has great, effective music. Jim Jarmusch has made a film that finds beauty in the boredom of life, which is very rare these days. This is a film for the IT slave who clicks absolutely beautiful photos or the public sector employee who doodles this and that during the breaks or the cab driver who has a great voice and sings sometimes. They never become famous, neither have any such intention, and they live around us, among us.

Paterson is a subdued masterpiece. This is a film, which fuels the thought of seeking contentment in simplicity, inside your mind. It is a film that doesn’t ask you to go out and live an exciting, happening life in the wilderness; rather it calmly assures you that it’s really okay to live an okay life.