When we talk about the action genre, off the top of our heads, The Matrix Quadrilogy, The Raid Duology, Heat (1995), Point Break (1991), Daniel Craig’s James Bond era, the Mission: Impossible franchise, and Jackie Chan and Donnie Yen’s entire filmography come to our lips. If we stretch our imagination a little bit more, maybe we will cite examples from the medium of anime. But as Indians, our hearts always yearn to utter an Indian name. It’s not as if Indian cinema isn’t doing good action. The Tamil, Telugu, Malayalam, and Kannada film industries are making huge strides in terms of action filmmaking, but at the end of the day are falling short in one way or the other. Finally, Indians have an action film that they can celebrate and that is S.S. Rajamouli’s RRR (2022).

RRR (which is an acronym for either Rise Revolt Roar or Roudram Ranam Rudhiram) is a Telugu epic period action drama written and directed by S. S. Rajamouli and based on a story by K. V. Vijayendra Prasad with dialogues by Sai Madhav Burra. The plot is centered around the abduction of Malli, a member of the Gond tribe, by Lady Scott (Alison Doody) and Scott (Ray Stevenson). This prompts Komaram Bheem/Bheem (N.T. Rama Rao Jr.) to plot a rescue mission by hiding as a member of a Muslim family and getting close to the Scott household. When Scott’s right-hand man Edward (Edward Sonnenblick) is warned that Bheem is on his way to get Malli, he assigns Ram/Alluri Sitarama Raju (Ram Charan) to track and kill him in exchange for a high post in the British army. But as the two don’t know each other, they end up becoming friends post a freak accident, oblivious to the fact their paths are eventually going to intersect violently.

Related to RRR – Baahubali: A Mass of Clichés Cloaked Under The Label “Magnum Opus”

Nowadays, everyone is going crazy for the late movie title reveals, like the ones in Fresh (2022) or Drive My Car (2021). Well, those who are fans of that, they’ll be happy to know that RRR does it too. But what comes before that is the most extravagant, audacious, ballsy, mind-blowing display of acting, cinematography, music (M.M. Keeravani’s score and songs will echo in your ears long after the credits have rolled), action choreography, stunt work, direction, visual effects, special effects, and practical effects. 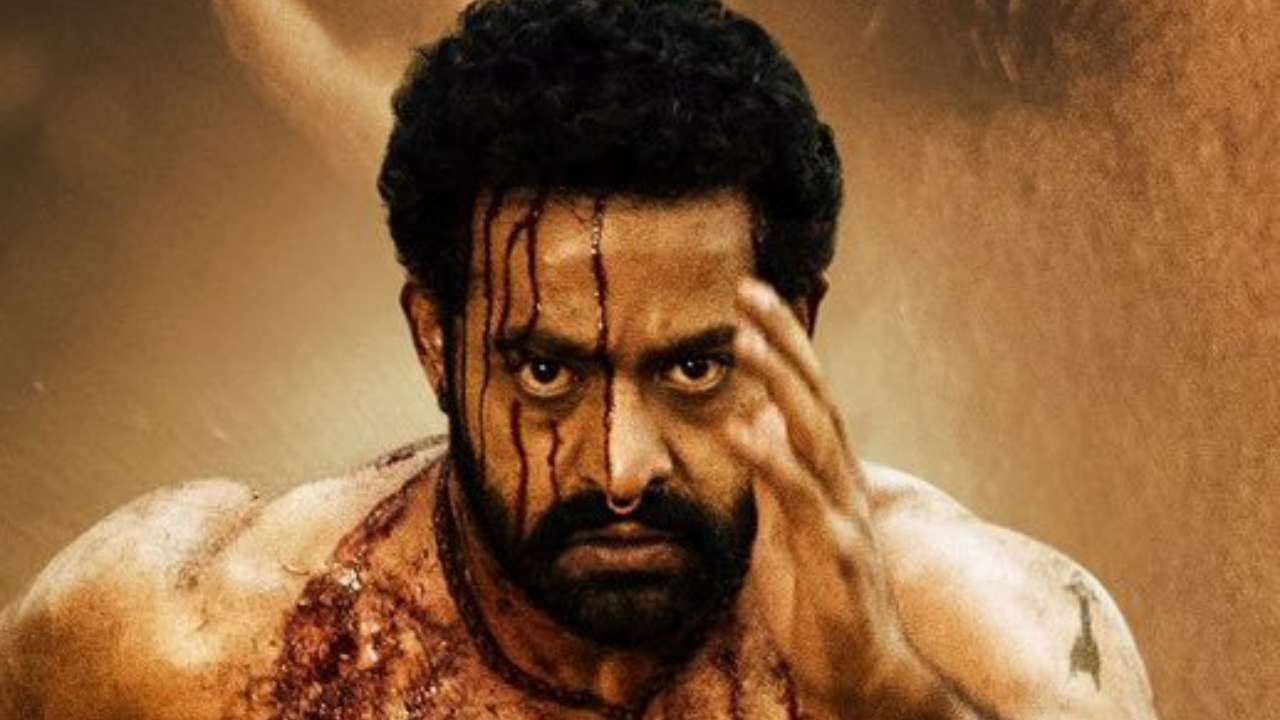 Ram’s character introduction is a one-man-versus-hundred-people brawl and it is intense. You can really feel that exhaustion, the dust, the blood, and the energy pulsating in the air. And only when Rajamouli wants you to breathe, he lets you. Bheem’s intro is different but it’s as brutal and gnarly. The way the camera whips across the screen to try and catch up with Jr. NTR is exhilarating as hell. On top of that, the VFX work on the tiger (oh yes, there’s a tiger chasing Bheem) is impeccable. There’s weight to it, the virtual lighting is consistent, and its interaction with Bheem is exquisite.

All that and more happens in the opening 30-or-so-minutes of RRR’s runtime. And if you start wondering whether things are going to go up from there or not, well, it does. But not in the way you think it would. Because there’s little-to-no action till the 90-minute mark. Instead, you get the most homoerotic bromance put to screen, period. No, not just Indian cinema but cinema, in general, hasn’t seen so many intense minutes of homoeroticism since, let’s say, François Truffaut’s Jules and Jim (1962). Now, since it’s Indian cinema (and although Indian men in real life are known to hold hands and be more vulnerable with other men), none of the characters explicitly state that they are gay. However, the way Rajamouli, along with cinematographer K.K. Senthil Kumar and editor A. Sreekar Prasad, appreciates Jr. NTR and Ram Charan’s bodies and frames the two dancing, frolicking, staring at each other (and fighting with phallic objects) says otherwise. In fact, and since the story is so heavily fictionalized, if Ram and Bheem were openly gay, it would’ve saved Rajamouli the trouble of giving them shallow female love interests.

Talking about heavily fictionalizing the very real-life stories of Komaram Bheem, Alluri Sitarama Raju, and their pre-Independence struggle, please keep your history books at home while watching RRR. Because that’s merely used as a framework for Bheem and Ram to kick the asses of some racist British people. Nothing more, nothing less. What was a cause for major concern after watching the trailer was the re-mythologizing of Ram (from Ramayana) in an environment where Lord Ram’s name has acquired negative connotations.

Surprisingly, everything about it feels like Rajamouli’s attempt to reclaim the image of Ram. His iteration of Ram fights against oppressors and for the oppressed, whereas in real life the name of Ram is being used to oppress those who are already oppressed. Ram’s best friend/brother is from the Tribal community of the Gonds. Ram is framed sharing the same platform as Bheem’s Muslim father figure. He realizes that mechanical weapons cannot start a revolution. And he doesn’t deem himself above the act of atoning for the sins he has committed on Indians, and especially Bheem. Coming to the performances, there’s not a single bad apple here. Everyone from Ray Stevenson to Rahul Ramakrishna, Alia Bhatt, and Ajay Devgn fires on all cylinders and everyone delivers in spades. However, this is ultimately Jr. NTR and Ram Charan’s movie, and they’re fantastic! As an action fan, it’s tough to describe how satisfying it is to see Jr. NTR and Ram Charan (with some significant help from the stunt team and stunt doubles) just throw themselves into such heavily packed set-pieces.

If that’s all they would’ve done in RRR, it probably would’ve been enough. But no! They absolutely nail their dramatic moments, often essaying a complex array of emotions nonverbally. The duo’s eyes itself do so much of the heavy-lifting that there’s a line in the movie to address it. All that said, the one scene that gives Jr. NTR’s performance a slight edge over Ram Charan’s performance is the “Komuram Bheemudho” song sequence. Ram Charan is great but Jr. NTR is a little better. And since Ram Charan doesn’t get an equally emotionally rousing moment, Jr. NTR ends up being the showstopper of the movie.

In conclusion, RRR is one of the best Indian action films of all time and one of the best movies of the year. There are a thousand criticisms that can be leveled against it for its pacing, the awkwardly sped-up moments in otherwise great action scenes, the backstories, and more. But the passion on display via the production design, costume design, art direction, action direction, cinematography, music, sound design, direction, acting, and more simply eclipses all of its negative points.

It’s truly fascinating to see Rajamouli evolving from one movie to another, polishing his craft, and perfecting his penchant for grandiosity without losing the intimacy of his characters’ emotional journeys. I rarely find myself wholeheartedly recommending an Indian mass entertainer. RRR is an exception and although its 3-hour runtime is daunting, you should check it out on the biggest screen available with the loudest sound system (and maybe dance a little to the insanely addictive “Naatu Naatu” with your fellow moviegoers).

The Last Music Store [2016] 'MUBI' Review: An ode to the passing time in the moving world