Shehnai = Ustad Bismillah Khan; for anyone who is even remotely aware of Indian classical music. Both the Indian wind instrument and its maestro have become synonymous with each other, forging a life-long communion over several decades. It is perfectly befitting that a genius filmmaker like Goutam Ghose, the director of National Award-winning films like Dakhal (1981) and Paar (1984), had the privilege of filming a documentary on the Bharat Ratna awardee. Sange Meel Se Mulaqat (1989), also known as ‘Meeting a Milestone’, is a sharp, well-researched documentary on the life and music of Bismillah Khan in his hometown of Benaras.

In the documentary, we see acclaimed writer Ain Rashid Khan paying a visit to the Ustad at his home in Benaras and interviewing him at length. The iconic musician shares his views and observations on Hindustani classical music, upbringing in Benaras, reflections on life, and many interesting anecdotes. Sange Meel Se Mulaqat aims to understand the legendary artist and the magic behind his unparalleled mastery over the Shehnai.

It was the Ustad’s Maamu (maternal uncle) Ali Baksh Khan who brought him to Benaras from Bihar at the age of four after his mother passed away. Maamu, a great Shehnai player in his own right, gave the Talim (training) to Bismillah Khan and honed his musical talent. The Khans had an ancestral lineage of great court musicians who passed on their craft to successive generations. But it was Maamu who realized that to stand out from the crowd of classical musicians, he would have to offer something unique to the listeners. Till then, Shehnai playing was bereft of ragas and not an instrument used potently in classical music. Maamu infused the vocal traditions of classical singing like Thumri, etc. into shehnai playing, thereby offering a unique experience to music aficionados.

Bismillah learned the different schools of singing from his Maamu and started using the knowledge of ragas to play the shehnai. At the age of 14 in 1930, he accompanied his Maamu to the Allahabad music conference. The legend attributes his success to the pearls of wisdom shared by his Maamu during his childhood days of apprenticeship. From Maamu, he learned that purity in one’s music can only be achieved if the heart is pure. Taseer (effectiveness) in any form of music is only possible if one doesn’t lie. And, the Ustad has followed and lived by this motto all his life. 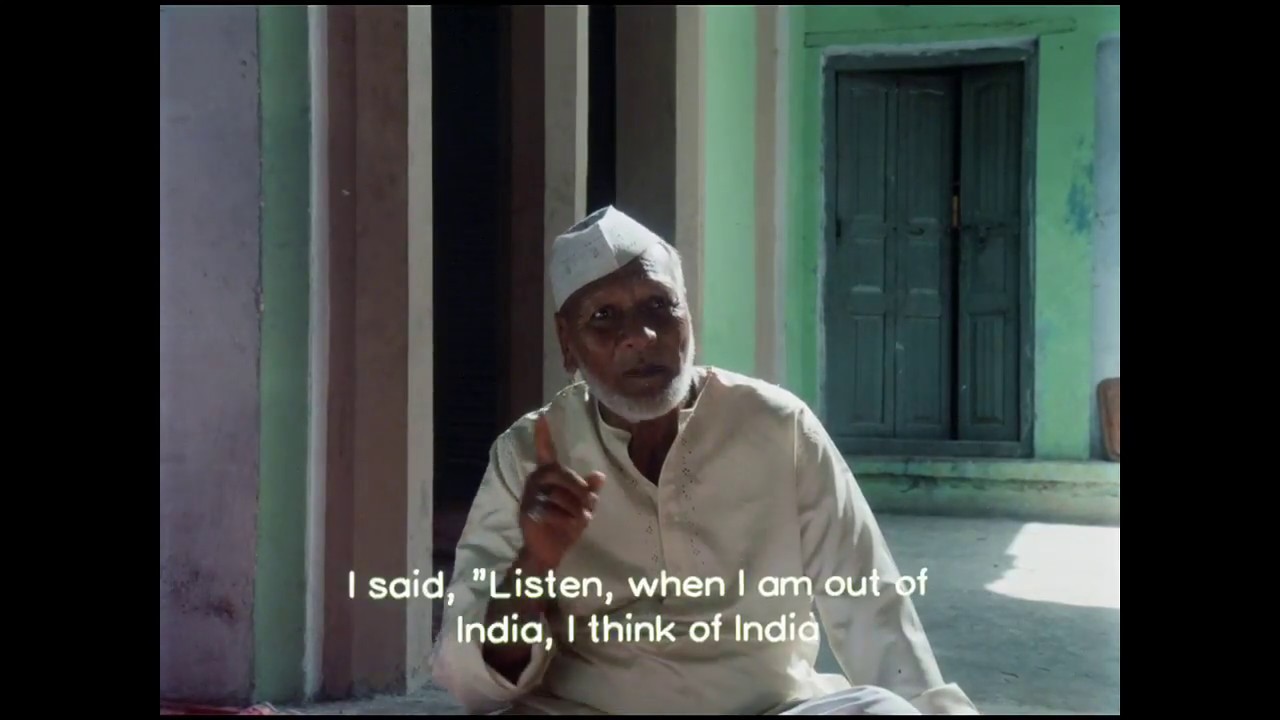 We see him occasionally break into performances and rehearsals with his troupe of background musicians. Ghose does a great job of placing these soul-caressing renditions of ragas at regular intervals in the documentary. The master not only displays his magic with the Shehnai but also gives us a glimpse of his singing prowess. The Ustad emphasizes discipline and perseverance as the key requisites for excelling in music. He enlightens Ain Rashid Khan about the real meaning of raga in singing. It is the repeated rendition of particular notes that eventually results in a distinct voice emerging from within. That voice is called raga!

The interview doesn’t only take place at his home. We see the Ustad absorbing the beauty of Benaras Ghats which in his opinion is the most mesmerizing location in the world. Goutam Ghose, who also dons the hat of cinematographer, captures beautiful montages of the ghaats and the endless expanse of the Ganges, using wide-angle shots. Throughout the documentary, such mystical images of Benaras and its spiritual soul are interspersed among the Milestone’s talks. Bismillah mentions that his Maamu performed and rehearsed at the Balaji temple for 18 years. And, the tradition was carried forward by him. While growing up, Bismillah would practice daily for 3-4 hours in the temple and has had divine or mystical experiences on a couple of occasions.

Coming back to his art, he again credits his Maamu for the vitality in his enchanting shehnai playing. On deciding which Gharana (school) of singing to choose from, his Maamu allegorically advised him to pick beautiful flowers from the Gharanas of Dagar, Agar, and Kinar, to make a uniquely beautiful bouquet of his own. The mastery over serious and traditional ragas and the constant search for truth in his notes are what makes his music an unrivaled tour de force.

One of the most sought after musicians in the world, Ustad Bismillah Khan used to decline all invitations for performing during the month of Muharram. A devout Muslim, he would only perform on the 8th day of Muharram and that too on the streets of Benaras as a holy ritual for free. Money never attracted the Shehnai wizard. For him, his love for music and Benaras reigned supreme. He shares an interesting anecdote about one of his tours in America. A filthy rich person from whom even the American government borrowed money was besotted by the Ustad’s music. The American offered him the best of luxuries one could imagine and asked him to settle down in America and teach music. Bismillah told him he couldn’t desert his troupe members as their families were dependent on the income through his performances. The American offered to take care of the 50-60 people involved with him and rehabilitate them in the States. Bismillah asked him just one question: ‘Can you create Benaras in America for me?’ ‘No’, said the American. The conversation ended there!

Ustad Bismillah Khan tells the interviewer how easy it is to make money through business. But for a classical musician, money is always scarce, making it difficult to sustain a family. It is the selfless surrender to art and the ecstasy one experiences through it that is the ultimate reward. He fondly talks about the earlier times when classical music was so popular in the courts of Kings that even the masses were immersed in it. It had the power to unite people and dilute the barriers of caste, creed, and religion. As for the Shehnai Samrat (King), through his music he tried to establish a connection with the Formless One, who he believed was the force behind his artistic magic.