Mid-way through the film, an array of strange characters pop-up into Alex van Warmerdam’s new film. You expect them to scatter around, playfully indulge in a tate-e-tate of absurd remarks and have a final show-down. Wouldn’t that be a sight to witness? But, Alex van Warmerdam’s white light of peace takes different turns. While he could have easily thrown in random mumbo-jumbo, he takes the unexpected way out.

Coming out fresh from last year’s festival favorite Borgman, Schneider vs. Bax is a straight-forward genre tale which borderlines it’s surreal sensibility with stark and absurdly dark humor. Movie watchers expecting another sub-textually rich imagery like Borgman will be truly disappointed. The film kicks off with Schneider (Tom Dewispelaere) receiving a call soon after his two little daughters and wife have woken him up for a birthday song. Mertens (Gene Bervoets), his boss wants him to finish off Ramon Bax (Alex van Warmerdam himself) claiming him to be a ‘child killer.’ 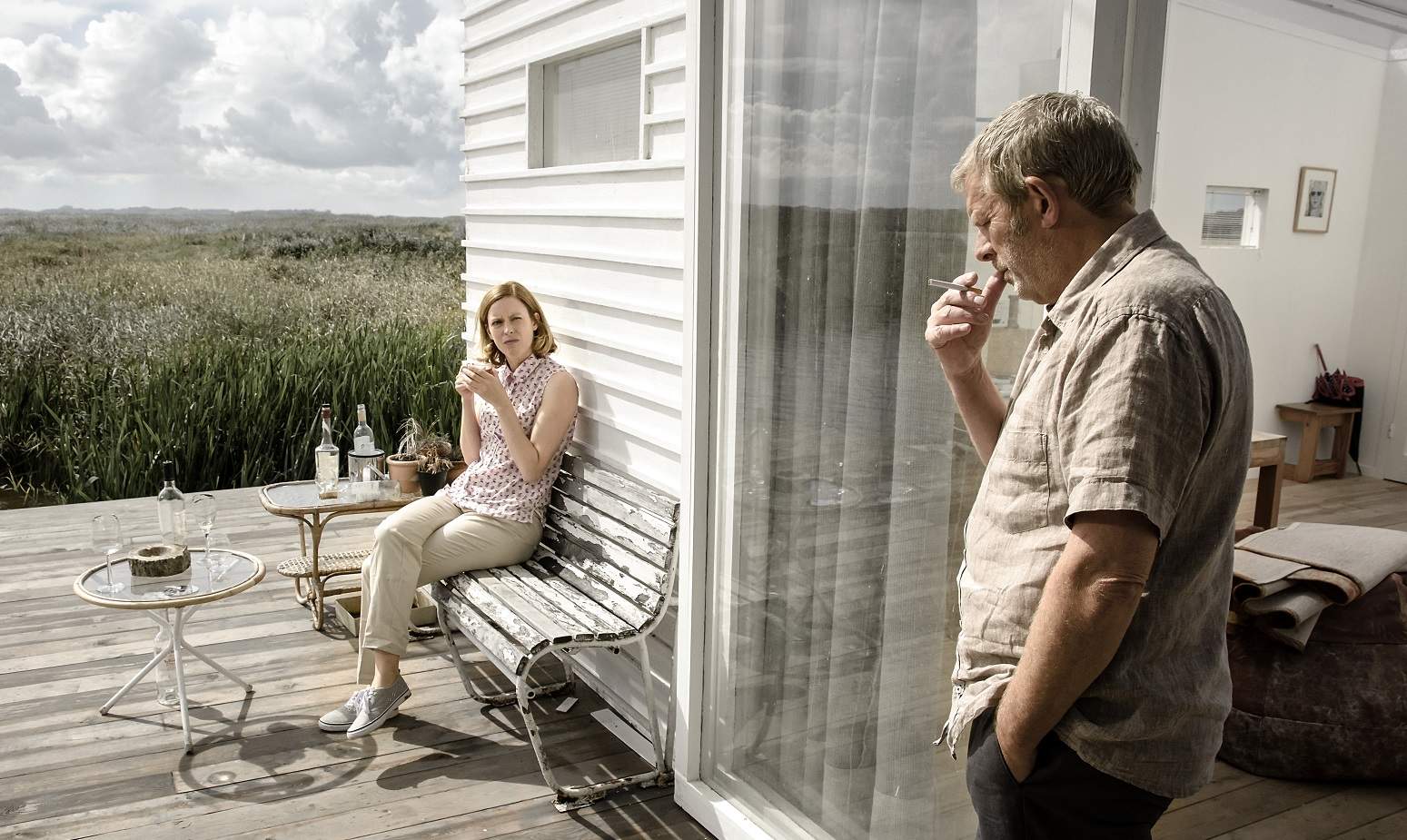 Schneider vs Bax falls right into the ‘In Bruges‘ sub-genre of hitman comedies but its way darker than you expect it to be. It unfolds at a brisk pace and something or the other is always going on. Even though there are perfect screen-grabs to encapsulate things like bad parenting & pedophilia, when Warmerdam is at helm you know that you can’t expect things to move ‘the planned way.’ Warmerdam’s film is so busy being wildly entertaining and bold in its execution that it does not have time to be emotionally investing, which isn’t all that bad.

The film however does go back and forth with the freelance hitman persona and maintaining a low-key domestic life, giving the film the required depth for it’s characters to make sense. While Schneider and Bax are put against one another when a bumbling client whose intentions of hiring them is never revealed, we also see them being intentionally insane. Schneider needs and wants to camouflage himself in different aesthetics and Bax isn’t quite right in the head after a passionate night with a young flame while his daughter in on his door-steps. His substance abuse isn’t helping either.

Schneider vs. Bax is not just about who wins, it’s also about who is better. Alex van Warmerdam’s work is masterful as he doesn’t let the viewers get invested in one of the sides. He makes both his central characters equally unlikable. Schneider vs. Bax mounts the body count without caring about who should be in and who should be out. It’s one of those violent, twisty comedies whose slick telling, offsets some hilariously cut-flinching narrative moments. It’s like a Coen brothers film with limited screen space for the action to go down. The overlooking country home and the lake and swampland just adds on to the twisted carousel of events. 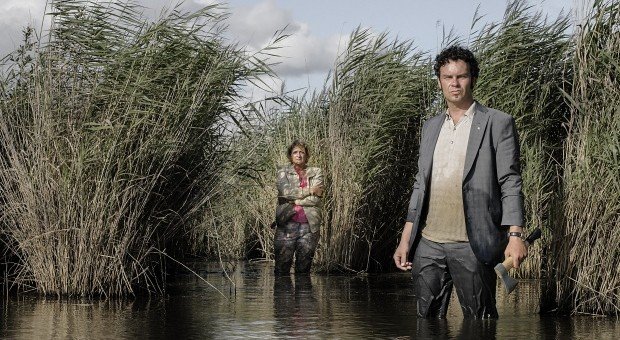 The hilarious undertone of the film is set quite before the actual duel takes place. There’s a scene in the film where Mertens (The Boss) accidentally falls from his chair, hits his head and goes unconscious. There are also characters like the single thumb killer and the overweight prostitute who is supposedly the only sane character in the whole film. What’s interesting to see in Schneider vs. Bax is Warmerdam’s way of dealing with things. Even though the film falls in the hit-man sub-genre it never goes by the numbers, Warmerdam resorts to his criticism of the dutch middle classes and the film is somewhere a social-comedy of errors. It take us through the various layers of family dis-functionality. From the daughter’s depression to the father’s substance abuse to the grandfather’s grand misadventure, there’s everything in there.

Schneider vs Bax might have some immensely dark undertones but at its heart it’s a crowd-pleaser. The cinematography is flawless and the background score keeps the film engaging. However, the satire that Alex van Warmerdam plans to reveal with foregrounded countrysides often refereed to burial grounds are a hit and a miss. Most of which has to be scrapped out of the hallucinating man watching a little boy drinking a glass of water and the restless daughter hovering around his father’s house, just to get in. But there’s also loads of fun to be had with this one.