Before this review begins, I would like to highlight my credentials regarding Ultraman, which is zilch. I know of Ultraman’s existence, I remember watching a few episodes during reruns, but in no way could I be called a fan. But even without a cursory knowledge of the fandom, Shin Ultraman makes one thing clear-it is a clear love letter to the original 1960s–70s TV series starring the titular character, and the love is very much evident from both a visual and filmmaking standpoint.

Structurally, Shin Ultraman is rather episodic. More than a two-hour film where each character beat flows into the next, this feels like four episodes condensed into a single film, stuck with sticky glue. Each of these stories comprises a complete arc of its own. The movie begins in media res, with the typical text blocks filling the top and bottom of the screen as explanations of the kaiju shown causing havoc in Tokyo are showcased in rapid progression. Then, with its typical pace of delivering breakneck exposition, gives the viewers added context for the rise of the governmental organization called SSSP, responsible for protecting the world against kaiju.

Related to Shin Ultraman – Last of the Wolves [2021] ‘NYAFF’ Review: Peace Comes At A Price In This Violent, Compelling Yakuza Sequel

During one such incident, Ultraman arrives, literally landing with a bang, defeating the kaiju, and then bonds with one of the agents of the SSSP without the knowledge of his teammates. The second arc deals with the arrival of another alien called Zarab, and how Zarab turns humanity against Ultraman. The third arc focuses on the mastermind behind the operation (or so the narrative would make us believe) and the prospect of convenient narratives to believe and implement rather than making hard choices. The final arc deals with humanity trying to reach its potential rather than being dependent on a supremely powerful being to solve its issues. 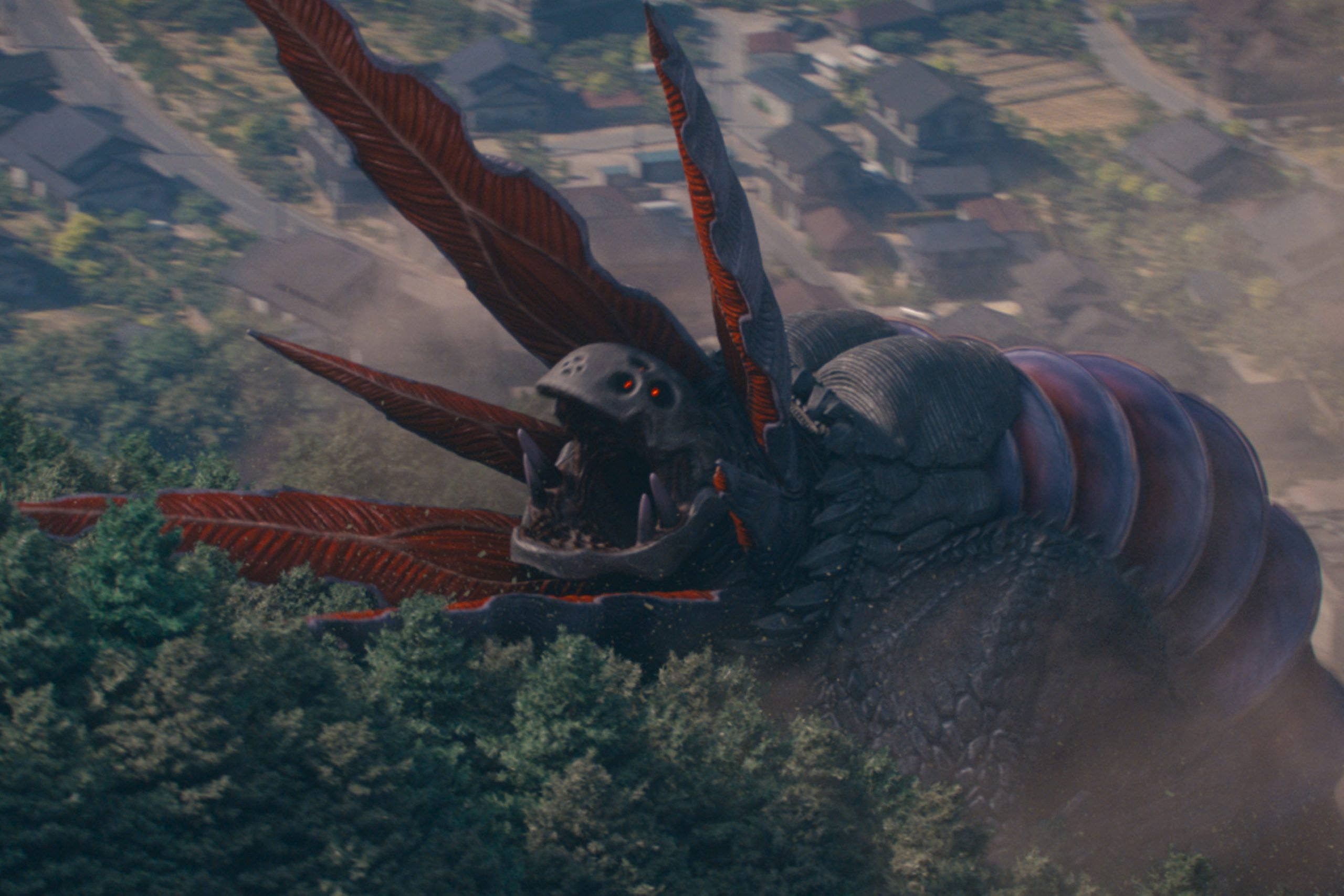 That’s a lot. And because the movie feels more episodic-based than streamlined in format, the character arcs work when each of these sections is viewed in a vacuum. From a big-picture perspective, Shin Ultraman feels like a compressed version of a modern-day recreation of the 1967 Ultraman TV series. The recreation is faithful enough that even a viewer who isn’t a fan would be cognizant of the filmmaking and VFX tactics used here, hearkening back to the filmmaking style of Japanese episodic television.

There are tons of low-angle shots, both to show the enormity of Ultraman and the kaiju, as well as to show dialogues delivered at as dynamic and fast a pace as possible. The precedent for a walk-and-talk conversation scene is absent here. What is also impressive are the visual spectacles. The kaiju are all primarily CGI, but their designs are both unique and give off the vibe of a mechanically articulated physical creature.

Even Ultraman, with its smooth surface, is endowed with CGI, which doesn’t hesitate to showcase the creases in his uniform while also managing to show its limited physical articulation to hearken back to the tokusatsu methodology of showcasing the battles fought between stuntmen wearing full-body costumes. The result is a mixture of the old and new, hearkening back to the original while the special effects are improved enough that the outlandish aspects of the story can be visualized far more effectively here. Even the laser beams and the different energy attacks feel like being retrofitted with a sheen of film grain.

From a storytelling standpoint, however, Shin Ultraman is supposed to depict the friendship and relationship between Ultraman and the different members of the SSSP, especially between him and Asami. I say supposed to because the storytelling here feels like it’s hitting the bullet points. By the time the movie reaches the hour mark, we are supposed to buy into Asami’s feelings of burgeoning friendship with Ultraman, which feels like the product of multiple assumptions as well as numerous deleted scenes, because for the most part, Asami and Ultraman’s human host do not interact. 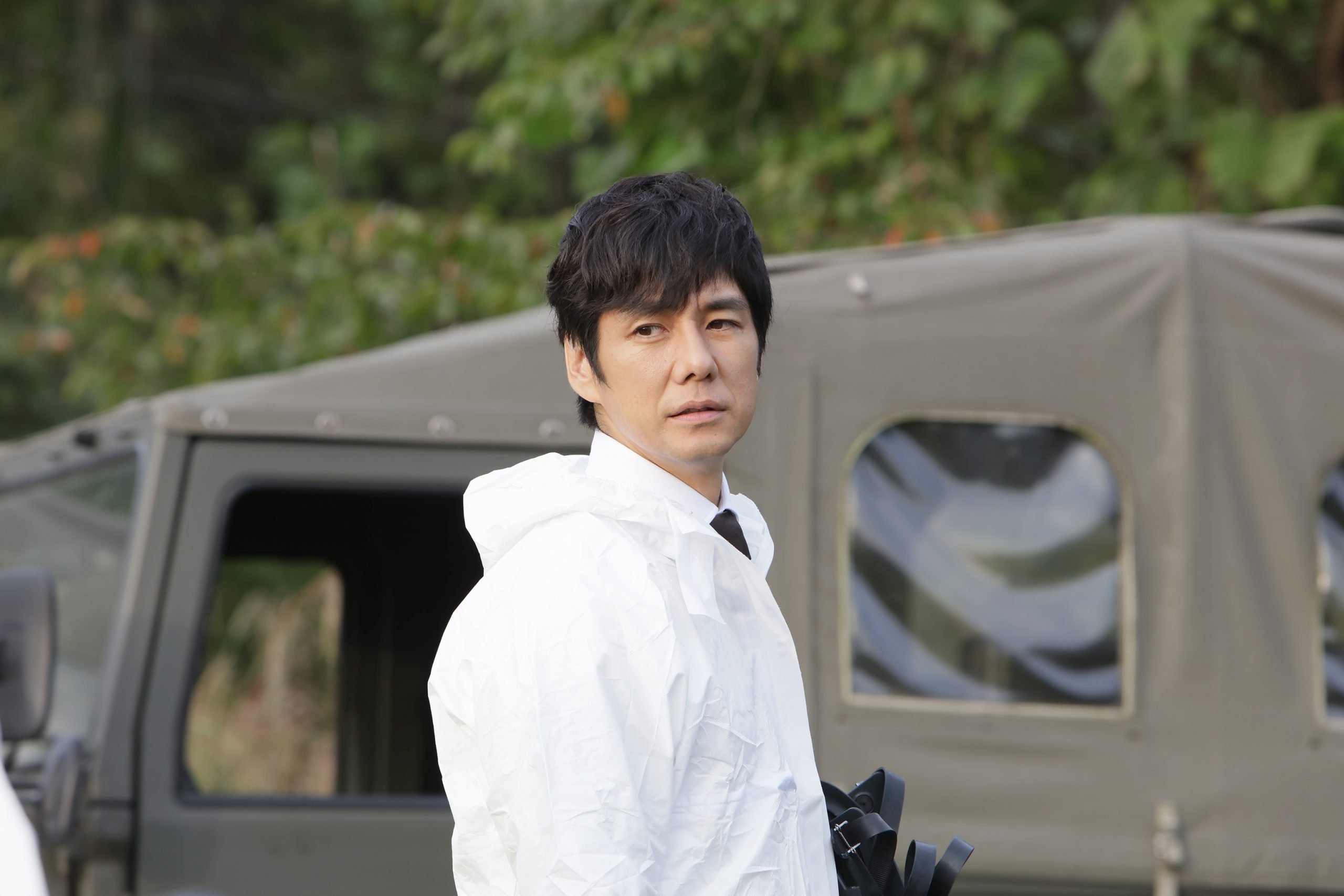 The movie, however, does strive to explore the reason for Kaiju’s repeated attacks on Earth, as well as Ultraman’s decision to assimilate with a new host, tying it neatly to the environmental crisis as well as Ultraman’s curiosity about humanity. The final 10 minutes where Ultraman interacts with another of his species and their conversation regarding humanity’s inexperience as a far younger species but the existence of complex nuances which can only be experienced, not understood, are moments where emotional poignancy mixes perfectly with big ideas and the campy sci-fi tone writer Hideaki Anno and director Shinji Higuchi are going for.

But unlike their previous partnership with Shin Godzilla (2016), Shin Ultraman’s writing is far more straightforward and more conventional. There are moments where you see the barbs directed at the bureaucracy and how easily manipulated the bureaucracy could be, but those aren’t the primary focal points.

Shin Ultraman is Anno and Higuchi’s love letter to their youth, an exercise in rebooting an older property while maintaining the tonality of said property such that the nostalgic elements would be effective. For viewers like me, not cognizant of the property and the different inflections and storytelling methodology of these tokusatsu properties, Shin Ultraman is a throwback to the campy and yet sincere Saturday morning cartoons we grew up with, with enough heft, seriousness, a smattering of big ideas, and enough updated special effects that it closely approximates the visuals your mind believed it witnessed years ago, lost in a haze of dopamine and cereal mixed with milk.

Shin Ultraman is a love letter to Ultraman by Ultraman fans. It might work for you if you take it as a compressed version of a seasonal arc of a television reboot. I wish it worked more for me.

Where to watch Shin Ultraman

Valerie and Her Week of Wonders [1970] Review: Into the Dark Subliminal Hamlet of Adolescence