Shining Girls (Season 1), Episode 5 Recap and Ending Explained: Apple TV+ has been consistently bringing great shows and proving to be a great streaming platform. Shining Girls seems to be another solid and worthy addition to the same list of shows with every new episode. There are great performances all around, starting from the ever-reliable Elisabeth Moss to Wagner Moura and Phillipa Soo. In its bewildering narrative of a suspense thriller, the series succeeds in keeping the viewers on the edge of their seats. While doing that, it spends enough time to make us resonate with the characters and their troubling case.

At the end of the previous episode, we witness Kirby (Elisabeth Moss) falling off the other side of a glass wall with Marcus (Jamie Bell). After running outside, she looks back and sees the laundromat changed into Bee Happy bar. We witness an altercation of reality from her perspective and how she recognizes Marcus as the culprit. In the 5th episode, due to this incident, she goes to the police to tell them about his appearance to get his sketch made. In her conversation with the sketch artist, she finds the futility of this exercise since no one knows Marcus.

We see Marcus waking up, disturbed, inside a hospital. After speaking with a fellow patient, he loosens up, removes all the tubes attached to his body, and heads out of his room. Meanwhile, Dan (Wagner Moura) visits the police station and sees the sketch made according to Kirby’s guidelines. He recognizes this person as someone who met him near Julia’s house. After getting out of the station with Kirby, he mentions this to her. She tells him about meeting him as a kid and her memories associated with him. She mentions how he looked the same in every encounter she had with him. She also speaks about her issues related to the strange ways things have been happening in her life.

Jin-Sook (Phillipa Soo) reads the news piece that mentions Kirby with other victims. She becomes curious about what she had mentioned about the key and goes to the security person to ask about it. She realizes that someone (Marcus, in this case) was following her every time she came into the planetarium. Later, Kirby comes in, and they speak about the key situation and about him. Meanwhile, Marcus meets Leo (Christopher Denham), and they speak about things changing inside and outside the house they meet in. This thread of conversation shares the information that Marcus and Leo are aware of these altercations of realities and that Marcus knows that Kirby is also aware of this phenomenon. As a result, she becomes a topic of curiosity for both of them. 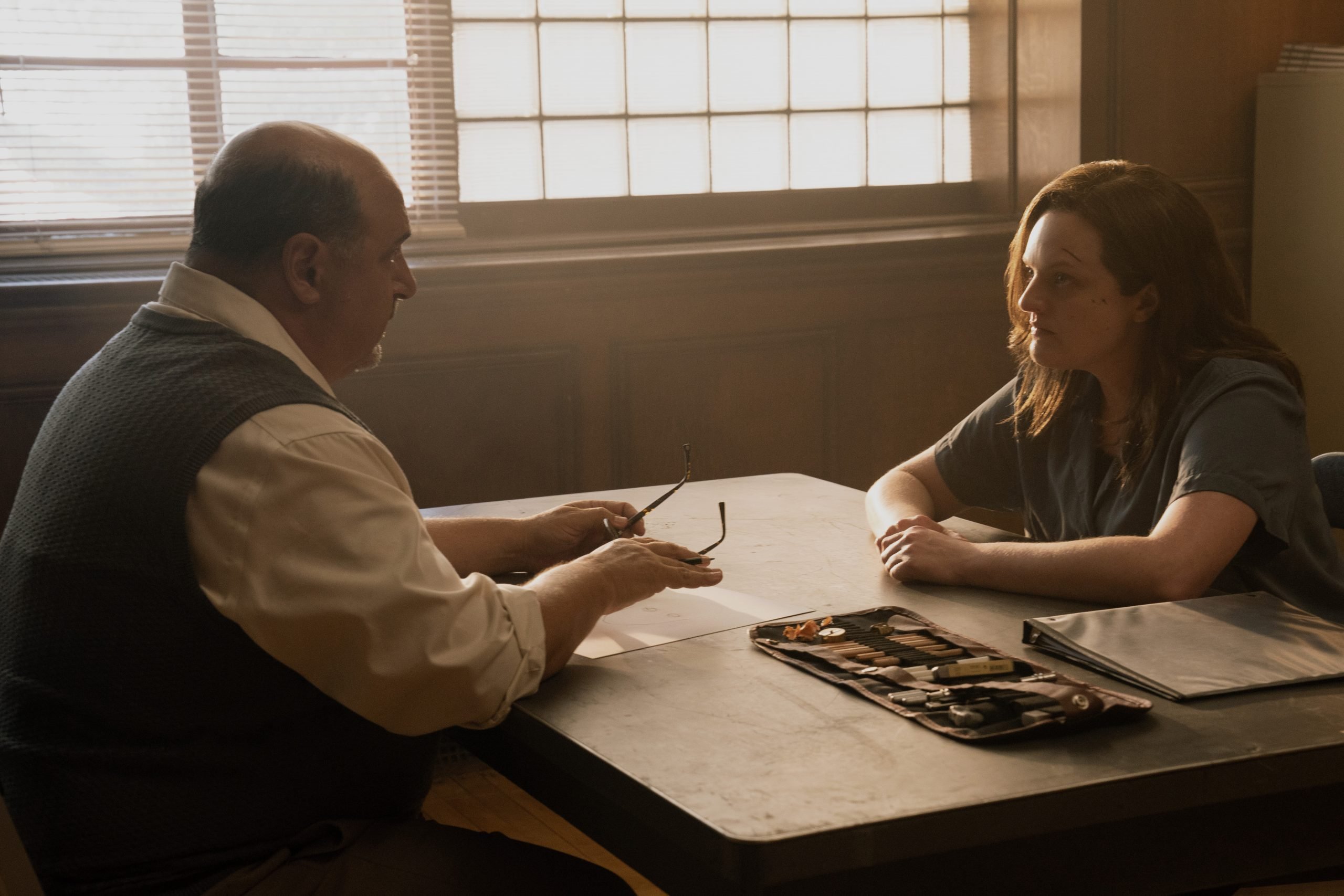 We witness a sequence from an earlier episode where Kirby goes to meet Jin-Sook at her house. Only now, we see it along with Marcus following and eavesdropping on them. After their conversation, Kirby looks out the glass window, and amidst the rain, she curiously observes something. Marcus looks at her with a creepy smile. Meanwhile, in the present, Dan goes to meet Kirby’s mother and speaks about their relationship. While their interaction occurs, Kirby and Marcus try to make sense of their situation with Kirby’s memory issues. During their conversation, they start going through the photographs clicked by Marcus and find one with a tattoo, similar to the one present on Marcus’s body.

Since she realizes that Marcus might be a veteran, she goes through Dan’s evidence to look for similar clues. Dan questions her about the same, but at the end of their argument tags along with her. They visit Leo, who the caregiver mentions as an unresponsive and a fairly young person, which is slightly odd for their veteran house. After Dan’s unsuccessful attempt at questioning him, she starts speaking with him and makes him respond about Marcus. She manages to get some information about the whereabouts of Marcus out of Leo along with a tape that he hands over. They see a girl speaking in this video, possibly an old victim of his.

Jin-Sook goes to the planetarium’s roof, and the door miraculously gets closed, and she gets locked. While she had come to the roof on her own, she suddenly sees Marcus present on the roof. Marcus asks her about her meeting with Kirby and tells her that he wants her to tell Kirby something. He tries to get closer to her, and within a few moments, after she asks about the message (to convey to Kirby), he says that she already knows it. Then he leaves the place leaving Jin-Sook deeply disturbed and in tears. Jin-Sook looks down and sees a person with a red umbrella, reminiscent of something from the past.

After meeting with Leo, Kirby and Dan get in the parking lot and get near their car. Kirby tells him that this is not his car when Dan decides to get in. While she tries to leave the place and go back by train, Dan tries to stop her. Kirby looks back and gives a few descriptive notes of what she remembers about the car. Dan mentions how his ex-wife didn’t care for it. Their interaction leads to their realization about what she sees as an indication of future happenings.

The end signifies more people beyond Kirby being convinced by the time-bending aspects of their reality and trying to find their place in the puzzle. From these new pieces of information, the time-bending nature of the narrative of Shining Girls is further revealed but not entirely disclosed. We are made to grapple with its sets of data and asses a semblance of truth on our own. We, as viewers, try to figure out the way the characters do. The continuing sense of confusion makes it a highly engaging watch.

The Lincoln Lawyer (Season 1) 'Netflix' Review: The Banality of Network-television getting Netflix treatment