The Lincoln Lawyer (Season 1) Netflix Review: The TV landscape before 2011 was heavily inundated with procedural content. Shows like House, Castle, and The Mentalist thrived on the procedural structure, with long-running shows lasting five to eight seasons each, with each season running a gamut of 22 to 25 episodes. Each episode would be structured at around 42 to 45 minutes each, with each episode telling a self-contained story as a primary plot. That could be the “case-of-the-week” for a show dealing with law enforcement, the medical profession, or the law profession (Castle, The Mentalist, House, Grey’s Anatomy, Boston Legal, Suits), or “monster-of-the-week” for supernatural or comic book content (Supernatural, Buffy The Vampire Slayer, The Arrowverse shows), while the secondary plot would be developing a seasonal or character arc in the background, for either of our main protagonists or the supporting cast. This would inevitably come to a head and develop in the last two episodes, leading to an explosive season finale.

It’s a formula, and it runs a high risk of becoming banal or stale very quickly. There are always moments where a show outstays its welcome, having stayed three seasons too long (House). By 2011, the structure of these long seasons with standalone filler episodes started to go out of vogue as longer serialised content became the new hotness.

TV has become a fertile ground for long-form serialised storytelling. But procedural storytelling never really disappeared. Because if done right, as a balance between serialised content and procedural singular cases, these shows could become foundational structures for any streaming service. Bosch is the perfect example of Amazon Prime. Adapted from the novels by Michael Connelly, Bosch follows Detective Hieronymous “Harry” Bosch as he solves one or two cases throughout the entirety of a single season while simultaneously navigating his job and his tribulations. Bosch ran for seven seasons, and a sequel show is already on air with its first season. 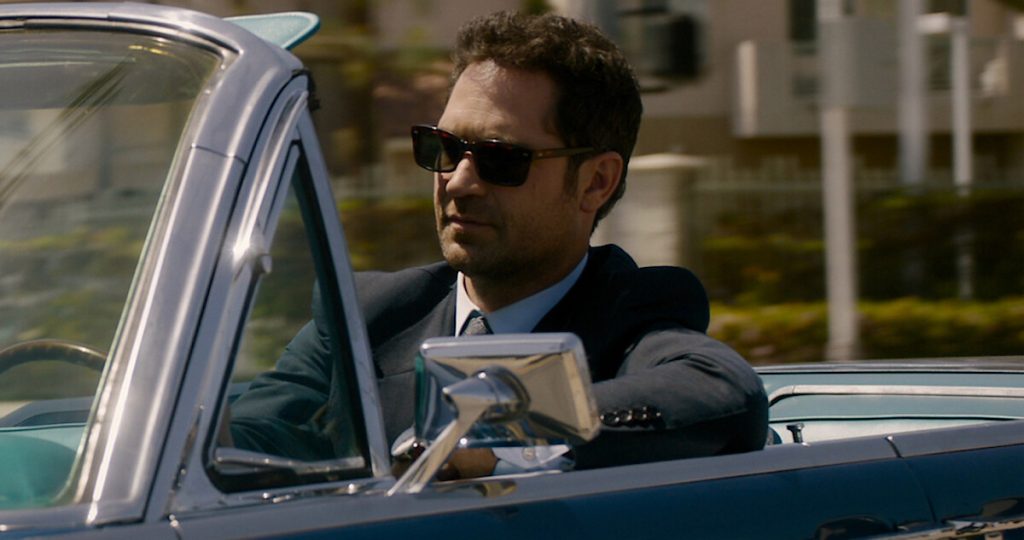 It only proves that a show is always a writer’s medium, irrespective of its structure. As long as the story, the plot progression, and the character interactions are engaging, a viewer would follow the show for over a decade. But when the writing fails, as it is wont to do inevitably, procedural content thrives on the charisma of its cast, especially it’s lead. And as average a show as Netflix’s reboot of The Lincoln Lawyer (Season 1) is, it falters because of its bland cast and its mostly predictable story.

This time adapted from Michael Connelly’s series of novels featuring Michael “Mickey” Haller, The Lincoln Lawyer follows the titular defence attorney as he solves cases while running his law practice on the back of his Lincoln Town Car. The premise is quirky and prime fodder for procedural content. If the name does sound familiar, it is because a movie of the same name was released in 2011, which signalled the beginning of the “McConaissance”, or the rejuvenation of the career of actor Matthew McConaughey.

The 2011 movie starred McCounaghey as smooth-talking criminal defence attorney J. Michael “Mickey” Haller as he works from the back of his Lincoln Town Car, defending the criminal elements. The 2022 show, created by David E. Kelly (Big Little Lies, Boston Legal), follows the events of the second book, “The Brass Verdict,” with some notable omissions (Harry Bosch’s character is not in the show, for obvious reasons) while incorporating events from the first book as well. But even if the show had been a faithful adaptation of the book, it wouldn’t have mattered, because The Lincoln Lawyer (Season 1) is network TV, a CBS series at its most banal. It feels like one of those shows that have run a couple of seasons and are now out of ideas, which is a troubling notion to have considering this is the first season.

The primary fault lies in the writers’ room’s (led by Kelly) inability to craft an engaging screenplay. The procedural aspect of the story gives off an old school charm, but what it needed was a burst of energy from the cast. Mickey Haller, played by Manuel Garcia-Rulfo, isn’t very interesting or compelling. His character has been divorced twice. His two ex-wives are in regular contact to the extent that his second ex-wife, Lorna, is his secretary. His first ex-wife, Maggie McPherson, is a hotshot prosecutor who has far bigger ambitions and is on the verge of cracking a huge case.

The narrative starts interestingly, where the murder of defence attorney Jerry Vincent, leads to his inheriting his office and caseload. It also includes the high-profile case of Terry Elliott, a tech mogul who is charged with the murder of his wife and her lover. Haller is in dire straits. Having returned from rehab and not having practised for a year, this excuse to return to work as well as get a huge paycheck is enticing. But he soon realises that he is in way over his head.

Or at least that’s what the premise would have you believe. The first four episodes juggle Haller’s attempts to streamline Vincent’s calendar of caseloads, hence the procedural structure. However, from episode 5, the show focuses on Trevor Elliott’s trial, and those are the moments where The Lincoln Lawyer strives to be more than a banal law procedural. There are moments of genuine cleverness and fun. The episode dealing with the jury selection, or the battle between Haller and the prosecutor against him for the case, while Elliott himself is attempting to sway Haller’s process, has intriguing wrinkles. But those are only wrinkles, not features. It would be unfair to state that the show isn’t cinematic enough, but truly, in comparison with the Lincoln Town Car in the movie, the Lincoln Navigator is definitely intimidating but not as cool.

The USP of the story, that being Mickey reading the briefs while on the road and interacting with his driver, is much too low for my albeit very basic taste. To counter that, though, there are dream sequences where the Navigator is driving through an open desert road and Izzy, the driver, is being given legal advice from Haller, which also serves as an explanation of legal jargon to the audience. It would have worked if the actors had exhibited conviction in delivering these lines. One of the primary pleasures of these legal dramas is how legal jargon is thrown about with conviction, but the pacing and the tone ensure that the viewers are kept abreast despite their limited understanding. Here, though, it only adds to the overall bloat of a mostly predictable narrative, the twists coming in like clockwork instead of taking you aback by surprise.

Objectively, there are moments of emotional weight, drama, and the possibility of hijinks. But all of these get defused far too easy to hold any semblance of interest. Thus, we are left with the A-plot, which is only interesting during the courtroom moments. At those moments, Garcia Rulfo brings Haller to life with controlled and methodical energy. Neve Campbell as Maggie is almost the secondary protagonist of the show, whose secondary plot of solving a human trafficking case intersects with Haller’s plot in an interesting fashion, but only at the finale. She is compelling to watch and is a welcome addition to the narrative. You also buy into the friendship and relationship between the two of them. Episode 6 also has a delightful cameo by Elliott Gould, but that’s about it.

Truth be told, The Lincoln Lawyer (Season 1) is passable. A CBS procedural is being released by Netflix. If it had been released via the traditional format, it would have run for 5 seasons, and maybe by Season 3, the actors would have settled into a groove and the stories would have grown more interesting. This would have been the norm 10 or even 20 years ago. It isn’t the norm now. Netflix’s attempts to craft a show which would have been one of the foundations, like Bosch or Reacher is for Amazon, falls with a thud, because it doesn’t manage to engage us in its protagonist or his struggles, and barely manages to hold our interest during its proceedings. Even in 2022, this is a death knell.

5 Films to Watch if You Like Senior Year on Netflix