Alex Hardcastle’s debut feature, Netflix’s Senior Year, is focused on the most quintessential high school things that every teenage drama characterizes – friendships between underdogs, a couple of popular kids as rivals to the protagonist, a senior year prom, and a graduation ceremony. However, here’s a slight twist – Stephanie, played by Rebel Wilson, has woken up after being in a coma for 20 years. She had an unforeseen fall during her acrobatic act as the cheer queen when she was 17-years-old. Now she is 37, and she wants to finish high school or, more accurately, win the title of prom queen in her senior year prom.

Harding High School is soon embroiled in almost 2 hours of high school drama, peppered with some jealousy, dancing, romance, and self-realization. Wilson’s character, dressed in her 90s jeans and popsicle-colored clothes, is fashioned after some of the most typical 90s teen-comedy characters; one look at her and every teenage drama from the 90s comes to mind. We don’t blame you for wanting to ruffle your nostalgia-laced memories by watching something that aligns with your current mood.

Sounds interesting? Here’s a small list of film recommendations you might like to catch up with after watching Senior Year on Netflix. They focus on the themes of a generational gap between high schoolers from various decades, elderly (compared to high schoolers) characters going back to high school, some prom and graduation memory rides, and a lot of teenage drama. Happy Reading! 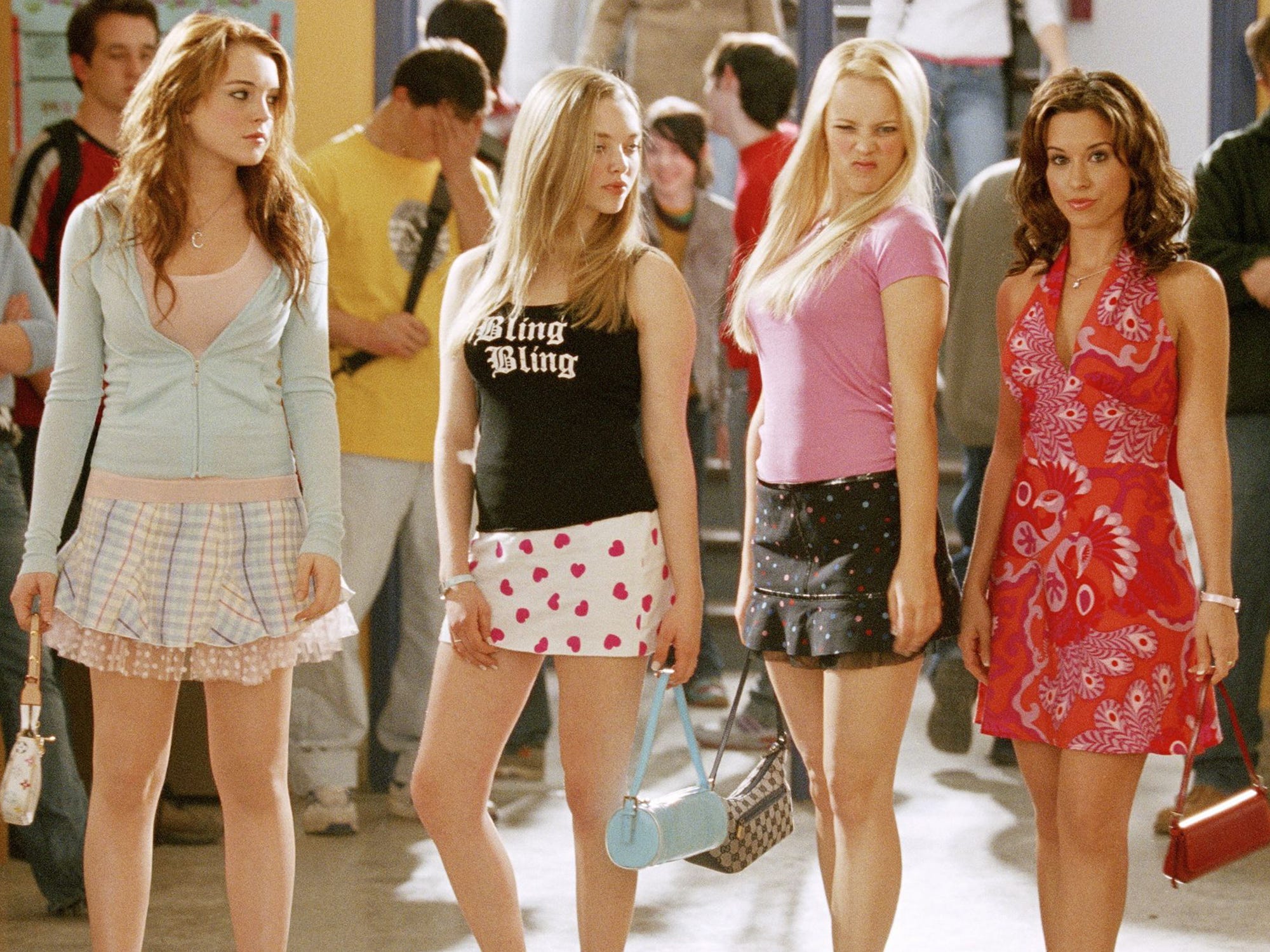 In everything that Stephanie does, I was reminded of Cady Heron, played by Linsday Lohan, in this film. Cady is a home-schooled teenager who tries to make friends, but to no avail, during her first days of high school and ultimately transforms into one of the Plastics herself. She is snarky, throws popular parties, and betrays her friends as she desires. The film, edging on a dark comedy from time to time, follows the typical mean girl mentality among high school students, only to surprise us with a heartening conclusion. The iconic dialogues of the Plastics still make themselves heard in popular teen vocabulary and printed on teen merch. Revisit this classic now!

Like the ‘plastics’ that Cady is asked to stay away from, we have the ‘populars’ that a 14 years-old Stephanie aspires to be. Body Cady and Stephanie also successfully become cool, popular high school kids with others doting around them and hating on them simultaneously. It is how they arrive at their epiphanies about popular kids and friendships. Stephanie also successfully transforms into the mean girl Regina in this film. Their energies appear to be uncanny photocopies of each other, especially in their association with their boyfriends. The classic rivalry between Cady and Regina also finds a reflection in Stephanie and Tiffany’s cold but full-blown wars as teenagers or dysfunctional adults. Both the films are narrated in first-person from time to time and are full of interior monologues. Cady’s complexity is absent in Stephanie, who appears to be relatively shallow even with all her tragedies and secrets exposed, making Cady an excellent study of the complex teenage psyche, problematic or not. 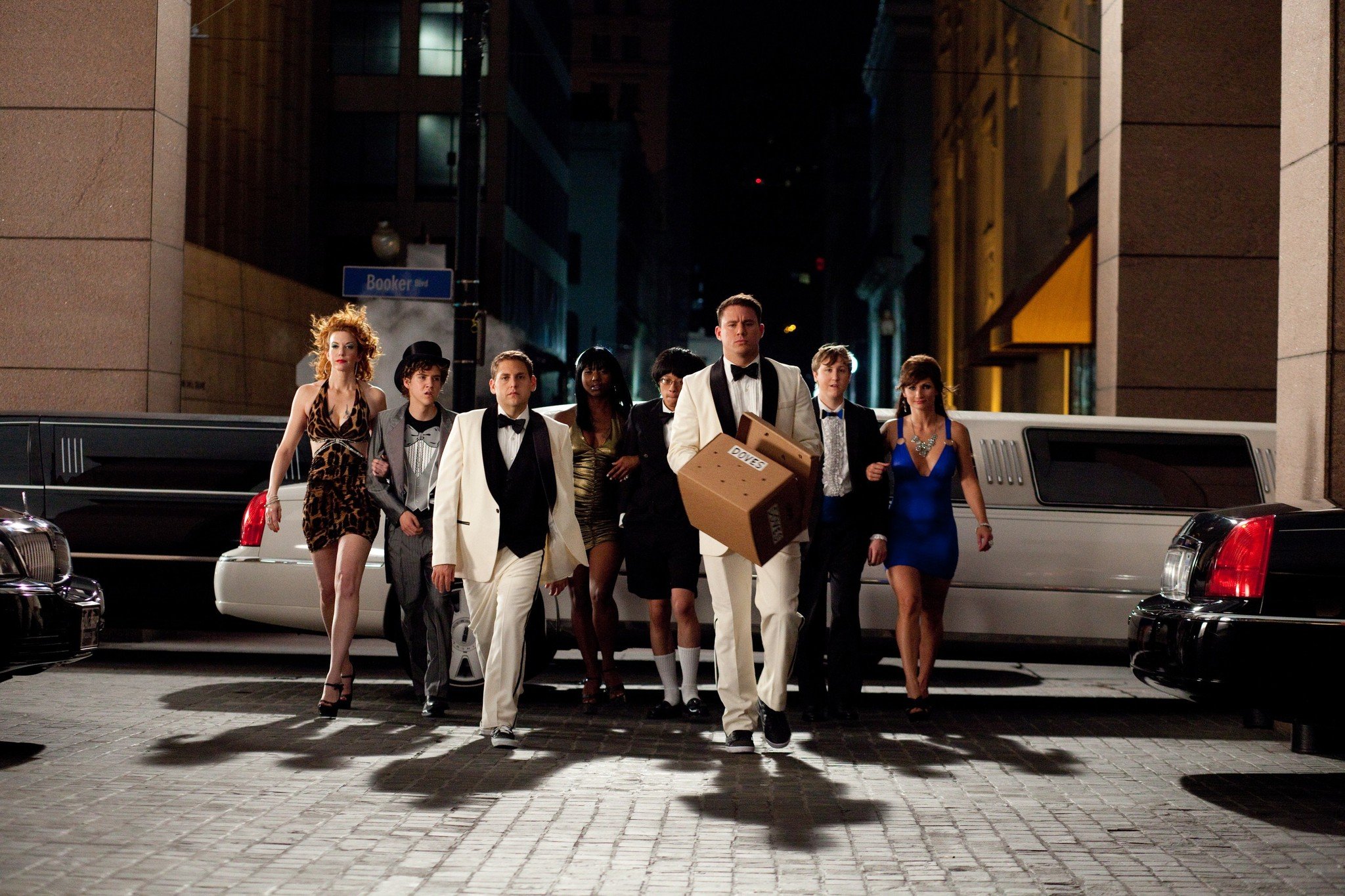 A favorite, heartfelt comedy, 21 Jump Street, centers around two cops, Schmidt and Jenko, forced to relive their high school years as they go undercover to bust a drug ring supposedly manufacturing the synthetic drug, HFS. The duo has been friends in high school and decide to swap their identities during this investigation. From cool, visual graphics to a swanky prom scene, 21 Jump Street comes off as a hilariously good watch. No wonder it went on to bag a sequel, 22 Jump Street, where the Schmidt and Jenko are back to their drug investigation but in a graduation school now.

The most relatable thing about 21 Jump Street and Senior Year on Netflix is the commentary on the difference between the high school experience experienced by students over decades. In the former, it is merely a decade-long difference, whereas in the latter, we are talking about two decades of difference. In both the films, the characters are older than average high school students and don’t hide it. They stand out because of their differences in the crowd, and the screenplays make it a point to constantly point it out. Besides, there’s some curiosity about the popular kids dealing in drugs, house parties, and a dress-up scene for the prom, making it a perfect double-bill for Senior Year. The third part of this trilogy is most pertinent to our list because of the prom and graduation scenes. Yes, Senior Year is literally about the senior year at high school, but we don’t quite see the teens stuck between meaningful careers and life-defining choices. The High School Musical movies never not stress how the college choices after school will impact the students’ personal lives. The narrative of Senior Year only superficially glosses over the desires of Janet, played by Avantika Vandanapu, to become the President of the USA. For now, all their energies are channeled towards prom. Stephanie has a Sharpay vibe, and both of them have spectacular prom performances in store for the audience. There’s a lot of cheerleading in the HSM movies. The pompom-shaking cheerleading sport comes back to us in Senior Year. Besides, a little dancing and singing from the middle of the film to the graduation ceremony dance recall only the High School Musical 3: Senior Year dancing that rings down the curtains to the famous high-school story. 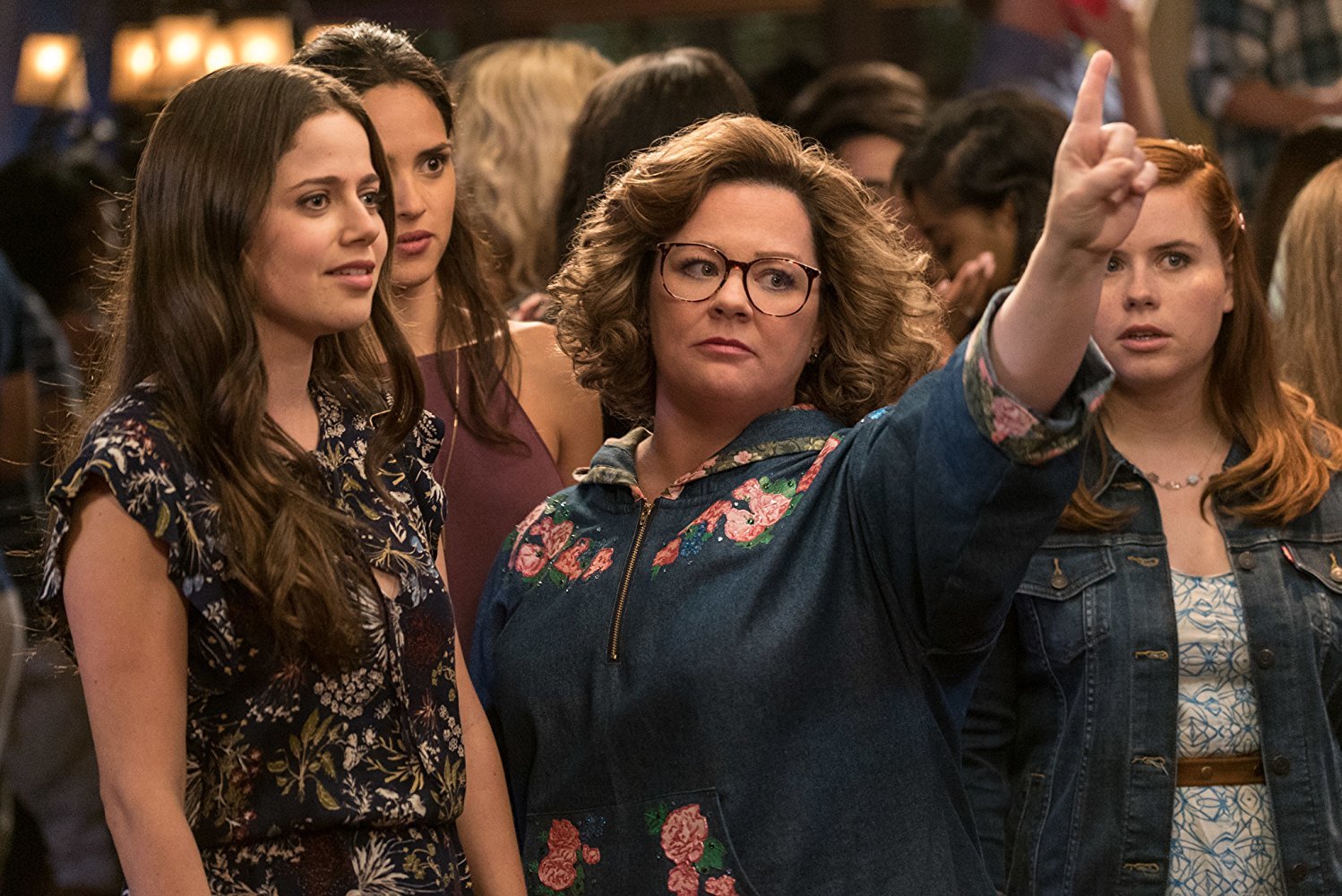 Deanna, played by Melissa McCarthy, wants to go back to college to finish her Archaeology degree. Ring a bell? She isn’t out of the 20 years-long coma, and she is entirely aware of how difficult it will be for her to adjust among the young adult crowd in college, especially with her 22-year-old daughter, Maddie’s friends, while simultaneously shuffling her divorce proceedings. Deanna is not afraid of soaking in every college experience that comes her way, even if that entails having to confront her daughter as they respectively sneak out of the boys’ room on the morning after a party. The nitty-gritty of college life makes it a challenging ride for Deanna, culminating in the classic throwing-the-graduation-cap-in-the-air moment.

There’s little that Deanna and Stephanie have in common circumstance-wise. However, they are both the stand-out elderly person in a crowd of fresh graduates, resembling the same kind of resilience to finish school. Stephanie’s is more superficial and faithful. This desire to finish school also helps them come of age. The films also end on the graduation day note, always a pivotal scene in the ‘all’s well that ends well’ note in a teen drama. The only other Netflix original that is unafraid to probe into murky waters all because of a prom night is The Prom. Directed by Ryan Murphy and starring Meryl Streep, Nicole Kidman, James Corden, Keegan-Michael Key, Ariana DeBose, Andrew Rannells, and Kerry Washington, we follow a media attention-hungry, selfish, and gossip spewing broadway musical troop as it makes its way into the lives of a queer teen who has been denied entry with her queer partner on prom night, leading to the cancellation of prom at school. The troop takes it upon themselves to host the most beautiful prom night for Emma and her partner while going through a range of self-realizations. The conflicts are toned down, and what we have is a story full of lights, dancing, and bling.

Nothing connects the Senior Year with The Prom except the showstopper prom that both these movies lead up to at the end of their lengthy runtime. We also have a bunch of elderly people probing their noses into the affairs of current high schoolers in both films. While The Prom focuses on the easy adaptability to differences, Senior Year claws on to the differences. They are both easy, breezy weekend watches that don’t make you clutch your stomach in laughter but make you want to go to a prom in your prettiest outfits.

Watch The Prom on Netflix

SENIOR YEAR IS NOW STREAMING ON NETFLIX. STREAM IT HERE

The Lincoln Lawyer (Season 1) 'Netflix' Review: The Banality of Network-television getting Netflix treatment