Have you noticed that “success” stories rarely inspire and instead reveal the apparent protagonist(s) to be the antagonist(s)? But the notion that that’s normal has been drilled into our heads to such an extent that we give a pass to all kinds of villainy while harping on about the need for more empathy in this world. Whereas it’s stories about “failure” that highlight the importance of human connections because they give you company and warmth, something that a million or even a billion followers or truckloads of revenue won’t give you. And that is essentially what the Netflix limited series, The Billion Dollar Code is all about.

Directed and written by Robert Thalheim along with co-writer Oliver Ziegenbalg, The Billion Dollar Code is a dramatization of the legal battle between the creators of Terra Vision and Google Earth. In four hour-long episodes, the narrative oscillates between the birth of Carsten (Leonard Scheicher) and Juri’s (Marius Ahrendt) friendship during their early 20’s and the rekindling of the same as the adult Carsten (Mark Waschke) and Juri (Mišel Matičević) take Google to court. And while the show does reuse tropes that are synonymous with legal dramas, its ability to expose the hypocrisy of big corporations, while asking audiences to return to simpler, more honest times, as technology continues to contort the world is what makes it engaging as hell.

Related to The Billion Dollar Code – Squid Game (2021-) Season 1 Netflix Review: A Patently Ridiculous Concept Saved By Its Commitment To Its Ludicrousness

But why is that so important? Why is The Billion Dollar Code so obsessed with championing humanity over world-wide popularity? Isn’t money everything? Isn’t success everything? Don’t you have to break a few eggs in order to make an omelette? Yes, they are. Then why do people like Mark Zuckerberg or Bill Gates or Steve Jobs or Elon Musk or Jeff Bezos pretend to be the messiahs of the modern world instead of the villains they are, feigning ignorance while the companies they own make millions off of illegal activities? Why don’t they openly denounce the need for anything remotely humane and embrace associations that are merely contractual in nature? Because at the end of the day, they need to be loved and accepted by actual, real people in their personal and professional lives. Can that be done while being ethical? According to the aforementioned names, no. And the show says that that’s exactly why this notion needs to change. 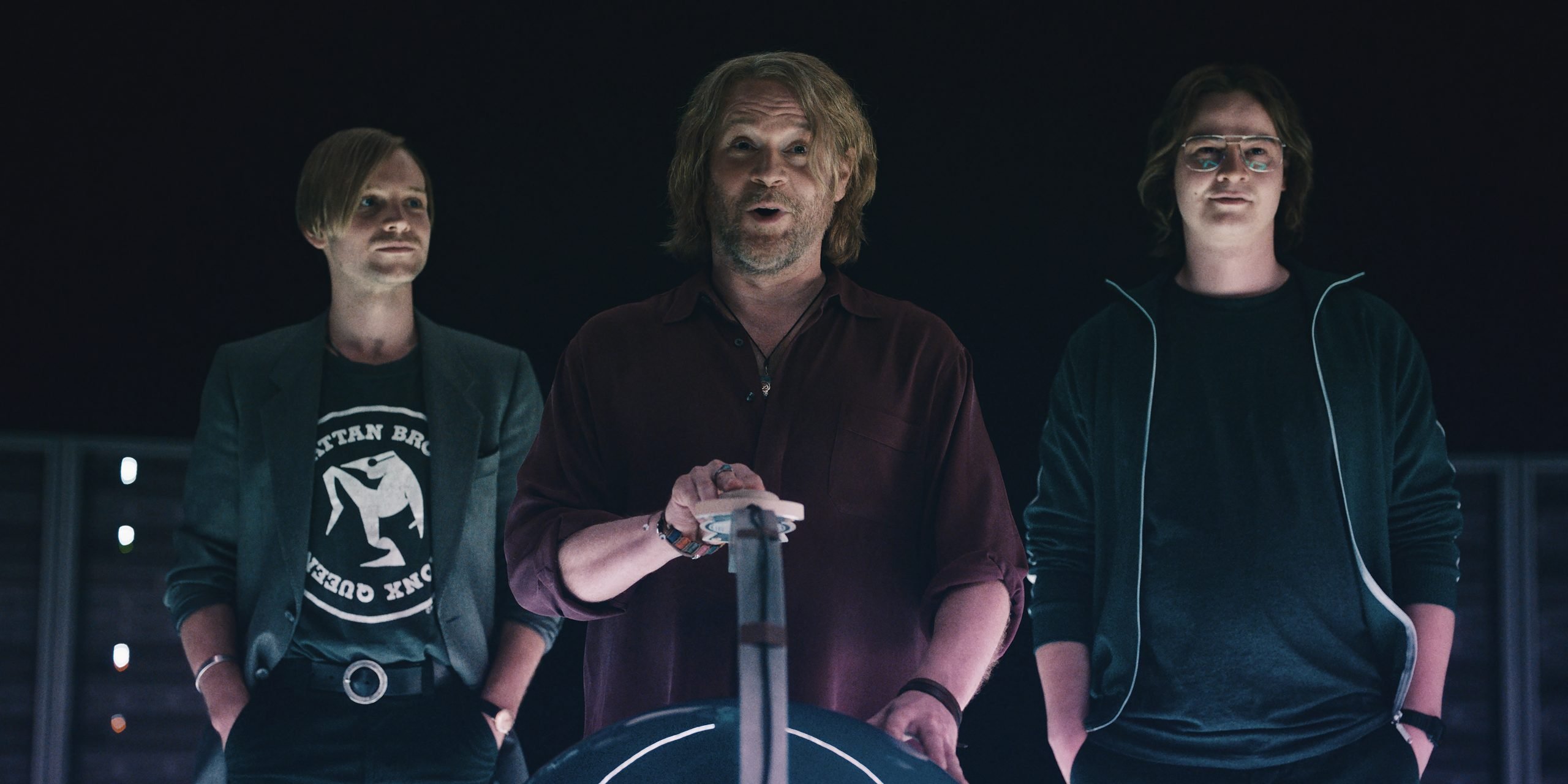 Of course, The Billion Dollar Code asks you to be pedantic about things and see Juri or Carsten as the villain of their own stories. It urges you to think that Google isn’t to blame for anything and that it’s dumb to be that naive and trusting of everybody. And right when you do that, the show puts you in its crosshairs as well, subtly calling you out for standing behind these capitalist monsters who do not care about who you are. They don’t even think that you’re human. They think that you’re a bit of code on their database. That’s it. Yet, here you are, virtually flinging yourself in front of corporations like Google to defend them against any form of criticism, while the actual brains behind their success fail to make it into the footnotes of modern history. Is that worth it? No, absolutely not.

On a technical level, the show is excellent. With Henner Besuch’s intimate cinematography to Uwe Bossenz and Anton Feist’s period-accurate score, Ingken Benesch’s amazing costume design, and some of the best invisible visual effects you are ever going to see, Thalheim and Ziegenbalg manage to immerse you in this rollercoaster ride. But, just like Terra Vision’s floating coordinate system graph, the show truly shines when it cuts through the mundane and hones in on moments such as a Japanese man finding his hometown or Carsten and Juri having a Kebab after years or Carsten and Julia (Neda Rahmanian) showing signs of giving their marriage a second chance. Props to editors Anja Siemens and Stefan Kobe for that. Because by doing so, and at the cost of sounding repetitive, The Billion Dollar Code says that naivety is a sign of honesty while “genius” is an indicator of crookedness.

After his stint in Baran bo Odar and Jantje Friese’s Dark (2017 – 2020), Waschke has nothing to prove as an actor. Yet, he uses his screentime to paint an image of a man who has lost more than his passion project and is yearning for his friend. Matičević channels an equal (or probably more) amount of vulnerability to bring Juri to life. Their younger counterparts, played by Scheicher and Ahrendt deserve a massive round of applause for technically carrying extensive chunks of the show on their shoulders and making you forget that you’re actually witnessing two different actors play Carsten and Juri and not digitally de-aged versions of Waschke and Matičević. Which is something that can also be said about the actors playing the young and old versions of Julia, Dos, Alex, Bernd, Christine, and Schmölder. And that is actually a big win for casting director Simone Bär who, you guessed it, was behind the casting of Dark as well. Last but not the least, even though Seumas F. Sargent and Lavinia Wilson don’t hog the limelight too much as Eric and Lea, respectively, they hold their own confidently as the guiding light of Carsten and Juri’s journey.

The Billion Dollar Code’s message about prioritising relationships and honesty over fame and success is idealistic. But it is a breath of fresh air in a sub-genre filled with not-exactly-rags (because being a White man in North America cannot be classified as “rags”) to riches stories which are misinterpreted by the general audience as inspirational even though they are cautionary tales. Going by the online hysteria every time a certain social media outlet shuts down momentarily, saying that we as a society have a long way to go in terms of selling our lives to big corporations is a massive understatement. However, if people like Carsten and Juri manage to nudge people even a little towards the truth and help them see the bigger picture, maybe being aggressively idealistic is what we need nowadays.

The Billion Dollar Code is now streaming on Netflix

Madres [2021] Review: A Half-baked Political Horror Film that Misses more than it Hits