“Vacation gone wrong” is one of the best sub-sub-genres in the horror-comedy subgenre. Because, in real life, it’s usually the rich and the semi-rich who not only get to take a few days off of their lives, but also go to some lavish, expensive place. Since that’s impossible for most of us, seeing the fictional counterparts of this economic strata get wrecked offers a certain sense of satisfaction. Additionally, it’s widely accepted that influencers are one of the most despicable creatures on the internet. So, if you add one of them into your plot, that’s cinema in my incredibly humble opinion. Now, as Sissy (2022) not only takes rich people on a roller-coaster of a vacation but makes an influencer the protagonist (or maybe she’s the antagonist?) of the story, it’s automatically one of the best movies of the year.

Written and directed by Hannah Barlow and Kane Senes, Sissy opens with a young Cecilia (Amelia Lule) and Young Emma (Camille Cumpston) having the time of their lives. Then we cut to an adult Cecilia (Aisha Dee) talking to her followers and teaching them her brand of therapy in a brilliant uncut shot. We see hints of the difference between her offline and her online persona. But before the movie gets to dig any deeper, the narrative shifts to Cecilia reuniting with an adult Emma (Hannah Barlow) who is set to marry her fiancée Fran (Lucy Barrett). And before the audience or Cecilia gets to properly process that, we are whipped away to a bachelorette party of sorts at Alex’s (Emily De Margheriti) vacation home, who by the way is Emma’s childhood friend and Cecilia’s childhood enemy. Right off the bat, tensions are high between Cecilia and Alex, which eventually leads to a gorgeous explosion of blood and guts.

One of the greatest achievements of Barlow and Senes’s writing is that it almost makes you root for Sissy. Saying that you’ll empathize with her is a stretch. But yes, you do begin to root for her when you see the company she’s in. Emma is probably the only tragic figure here. Everyone else though is purely annoying. Alex and Jamie’s (Daniel Monks) toxicity is very apparent. Fran and Tracey’s (Yerin Ha) vitriol is a little more veiled. And looking at them triggers Cecilia’s anxiety is frustrating. So, when Cecilia explodes, the thought that she’s right in her place does creep into the mind. However, Barlow and Senes do pull back the lens to give a more objective perspective on the scenario, thereby urging us to question our insensitivity. Because we’re wishing glorious death upon people for being a bully. That too at the hands of an influencer who makes money off of people’s trauma by giving them unscientific advice. 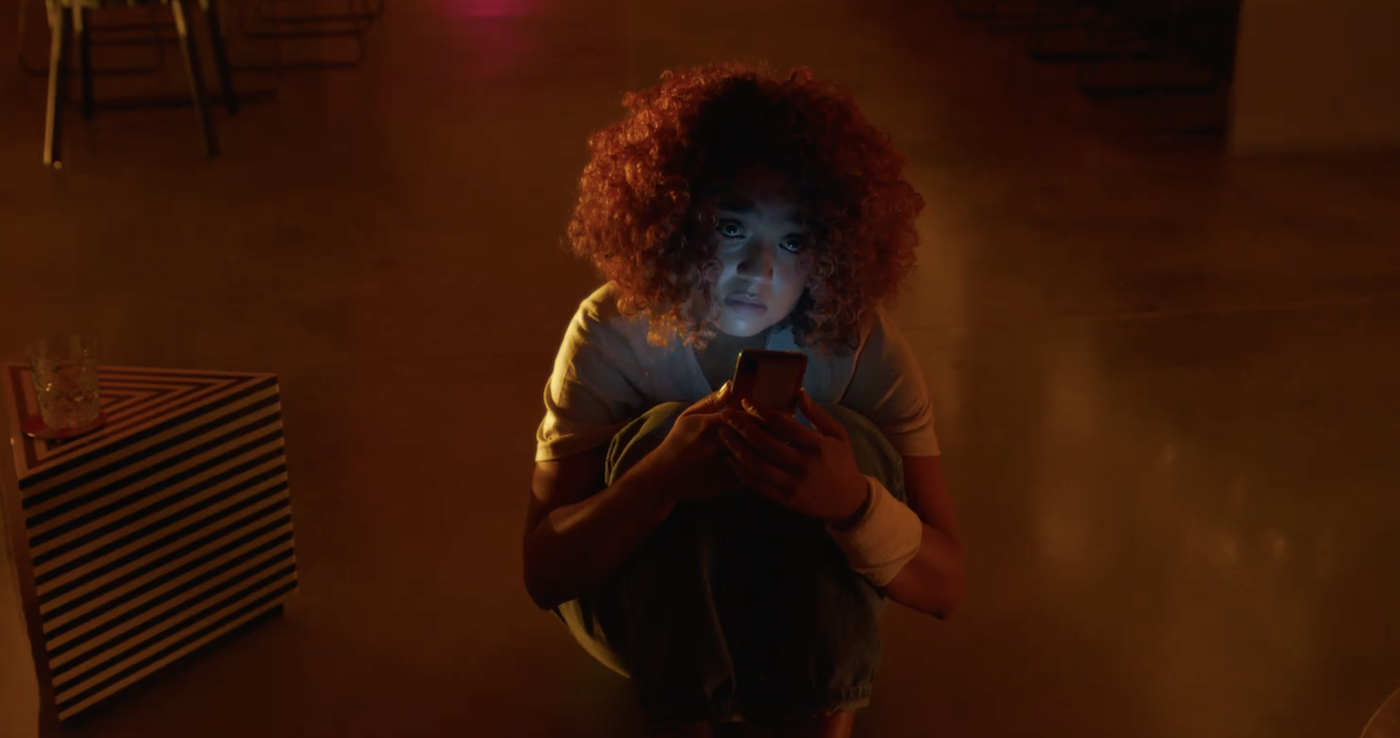 Sissy is one of the best-looking horror movies of the year. The things that cinematographer Steve Arnold, editor Margi Hoy, production designer Michael Price, and art director Courtney Westbrook conjure on-screen (with Kenneth Lampl consistently accentuating every scene with the score) are mind-blowing. There is a section of the movie’s runtime that takes place outdoors and it looks like it’s straight out of a French romantic film. The sunlight hitting the grass gives the scenes a dreamy, comfortable feel. When the plot goes indoors, every frame then overflows with garish neon lights. Amongst all that, the blood, gore, and general violence stand out beautifully due to the tremendous work by the practical effects, visual effects, and sound design departments. The shot of Cecilia painting Emma’s nails with a glittery nail-polish seamlessly turning into the starry night sky and the shot where the camera starts on Cecilia and then floats through the windshield to reveal one of Sissy’s (I mean, Cecilia’s) victims in one uncut take are seared into my brain.

That brings us to the performance. Look, we all know that most mainstream awards hate the horror genre. That’s why great performances, especially by women, go overlooked. It happened with Toni Collette in Hereditary (2018), Florence Pugh in Midsommar (2019), Lupita Nyong’o in Us (2019), Elisabeth Moss in The Invisible Man (2020), and Rebecca Hall in The Night House (2021). So, technically, there’s no chance for Aisha Dee to get recognized. Hence she must find solace in the fact that her absolutely unhinged and yet nuanced performance as Cecilia is up there with the recent greats. Among the supporting cast, Yerin Ha, Lucy Barrett, and Barlow herself are perfect. Daniel Monks portrays Jamie’s prickly demeanor with so much confidence. And last but certainly not the least is Emily De Margheriti who brings all the sass in the world to depict Alex. She does get a show-stealing concluding scene that rivals that of Evil Dead’s (2013) finale. But Margheriti should’ve gotten more scenes with Dee to really sell their hatred (that’s a compliment)!

Sissy is hands down one of the best horror movies of the year, one of the best movies of the year, and one of the best horror comedies of all time. Hannah Barlow and Kane Senes have crafted a visually engaging and pulpy movie that will make horror fans wish they could watch ten hours of just this. The commentary on how the generation that has grown up on the internet disassociates from real things like death and violence is potent. If you are a fan of gore achieved via practical effects, this movie is definitely your jam. The performances from the cast are worthy of all the applause in the world. Aisha Dee deserves an additional amount of applause for impeccably embodying the titular role. It would’ve been a blast to watch this on the big screen. However, Sissy has already been acquired by Shudder, which is the best home for horror movies. So, do check it out!

Sissy was screened at the 2022 SXSW Film Festival