Bucharest’s poverty-stricken ghetto Ferentari is the world in itself that is drowning in its self-created miserable condition and social outcasts, plagued with stubborn rules and social taboos. So when Adi (Adrian Schiop), a forty-something anthropologist, enters the Ferentari for his field work on Manele music, he gets uncomfortable & unsolicited vibes from his surrounding that are governed by different social & moral rules.

His perpetual curiosity to intimately know the city lands him in a bar with hypersexual Alberto (Vasile Pavel-Digudai), a corpulent and affable Roma with a gambling addiction. Alberto in a way forms a socio-cultural body in itself and reflects the cracks in the non-penetrative structure of Ferentari.

Alberto, a man with a tragic past and a long history of time served in prison, is regular at the pub. It is where he meets Adi and asks for a beer, and they both strike an unusual friendship. Alberto is quite open about his desires and he wears his past as an armor. He confesses about involvement in prison sex, his love for living a prison life and how those events shaped him as a careless & carefree person. 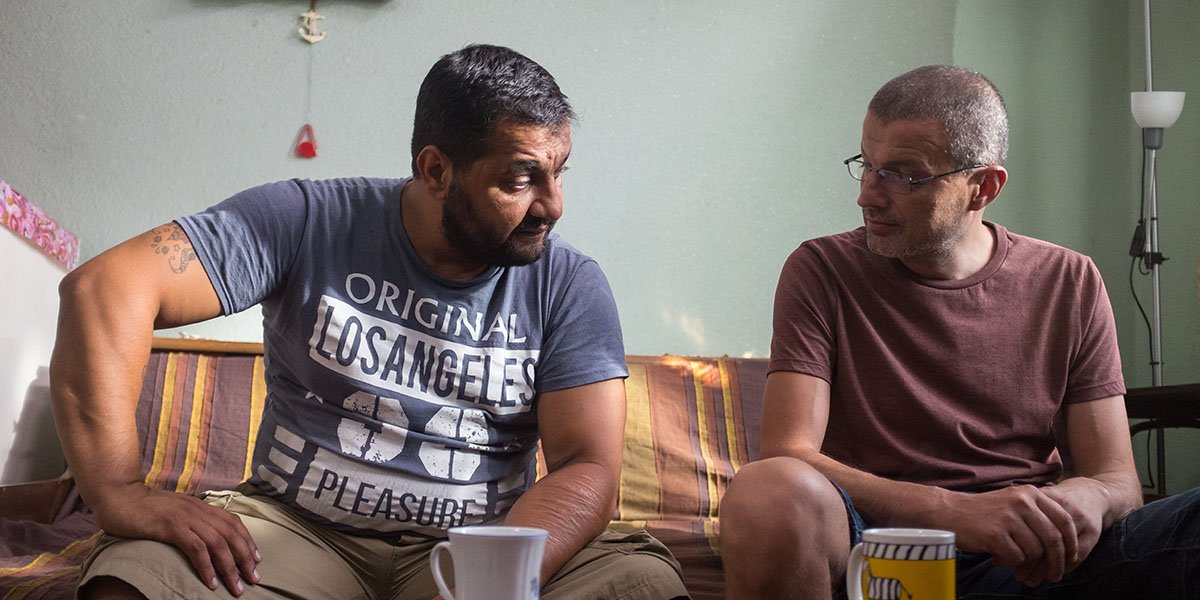 Ivana Mladenovic, who has experience of directing short films and documentary, clearly controls every frame of the film with such grittiness that the complete arc of acquaintance to bromance to the romance between the two leads feel raw, devoid of any dramatic twists, and it tastes like hybrid docu-fiction. Ivana let the camera linger longer than expected to capture minute, intrinsic detail of the characters that assimilates the extrinsic factor. Luchian Ciobanu, who previously worked with Ivana in “Turn Off the Lights” captures Ferentari in all its glory that makes it a character in itself.

Based on the fictionalized autobiographical book of the same name by Adrian Schiop, who not only co-wrote the screenplay but also acted in the lead role, Soldiers. Story from Ferentari is an unflinching & unadulterated drama of two individuals exploring their profound desires. Both the men, Adi and Alberto who belong to two different worlds, are constantly trying to share love and tenderness for each other midst of repressed morals, intolerable social prejudices, and looming financial crisis.

‘Soldiers. Story from Ferentari’ PREMIERED AT THE 2017 TORONTO INTERNATIONAL FILM FESTIVAL UNDER DISCOVERY SECTION.CLICK HERE FOR OUR COMPLETE TIFF COVERAGE.

Mother! [2017]: Aronofsky's Most Brutal and Disturbing Film Yet